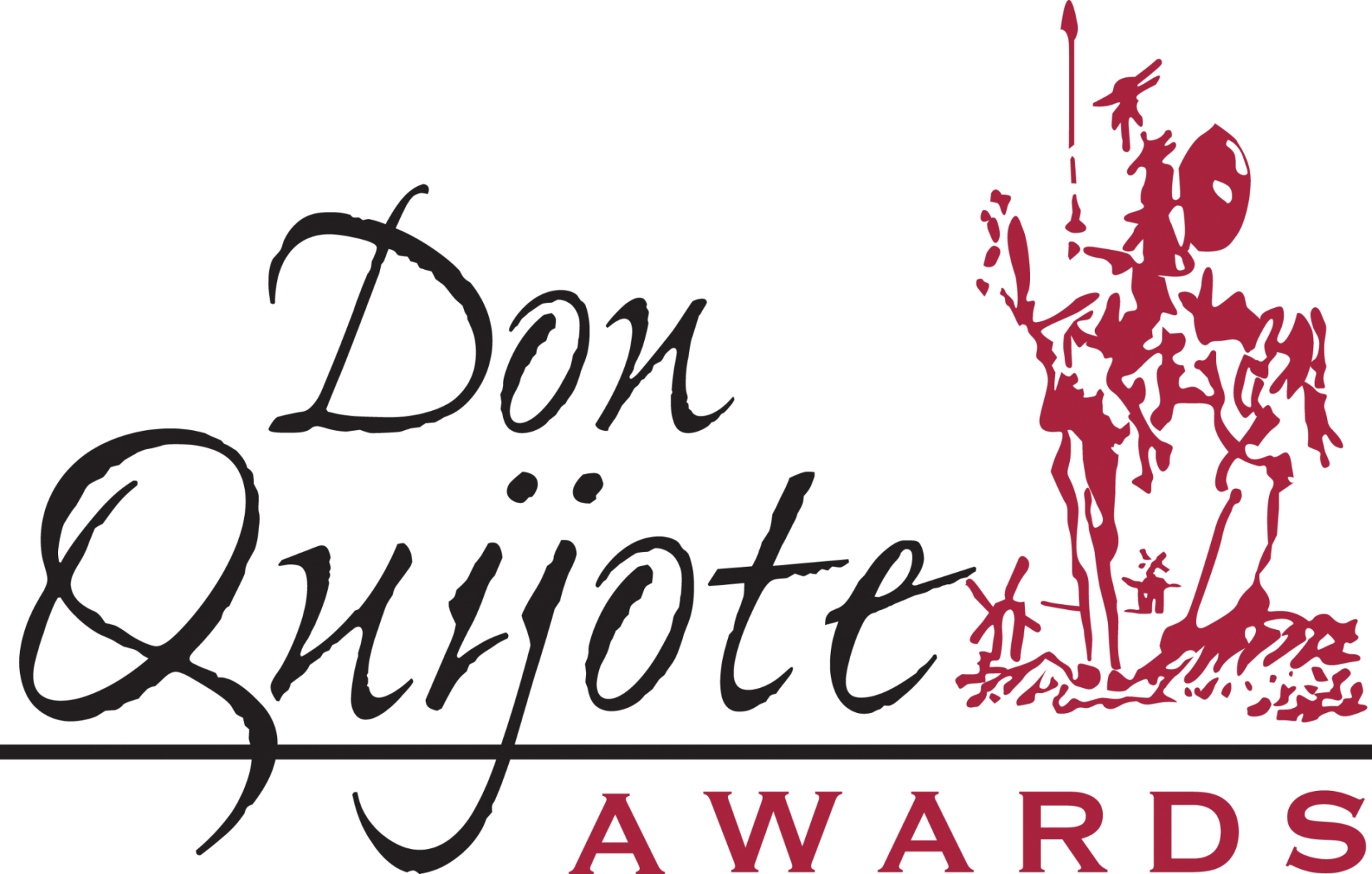 On Saturday night I attended the 20th annual Don Quijote Awards gala hosted by the Hispanic Chamber of Commerce of Metro Orlando and Prospera, an economic development nonprofit providing assistance to Hispanic entrepreneurs.

What was I doing there? The wonderful Orlando skin care company Tamahra’s Secret, aka T-Secret, was founded by my dear friend, Gail Kent, and was one of three finalists this year in the category: Hispanic Business of the Year – More Than Five Years.

I was truly delighted the HCCMO and Prospera recognize T-Secret’s awesome skin care techniques and skin care products. T-Secret’s guiding philosophy is that “all skin can be beautiful.”

Caroline Kent Yachan, Gail’s daughter, is the owner and President of T-Secret. 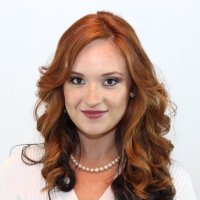 I’ve already written a blog on Gail, T-Secret and her unique and highly effective treatment for acne.

The gala was held at Epcot, which is next to Walt Disney World. Here we are driving up to the toll booth 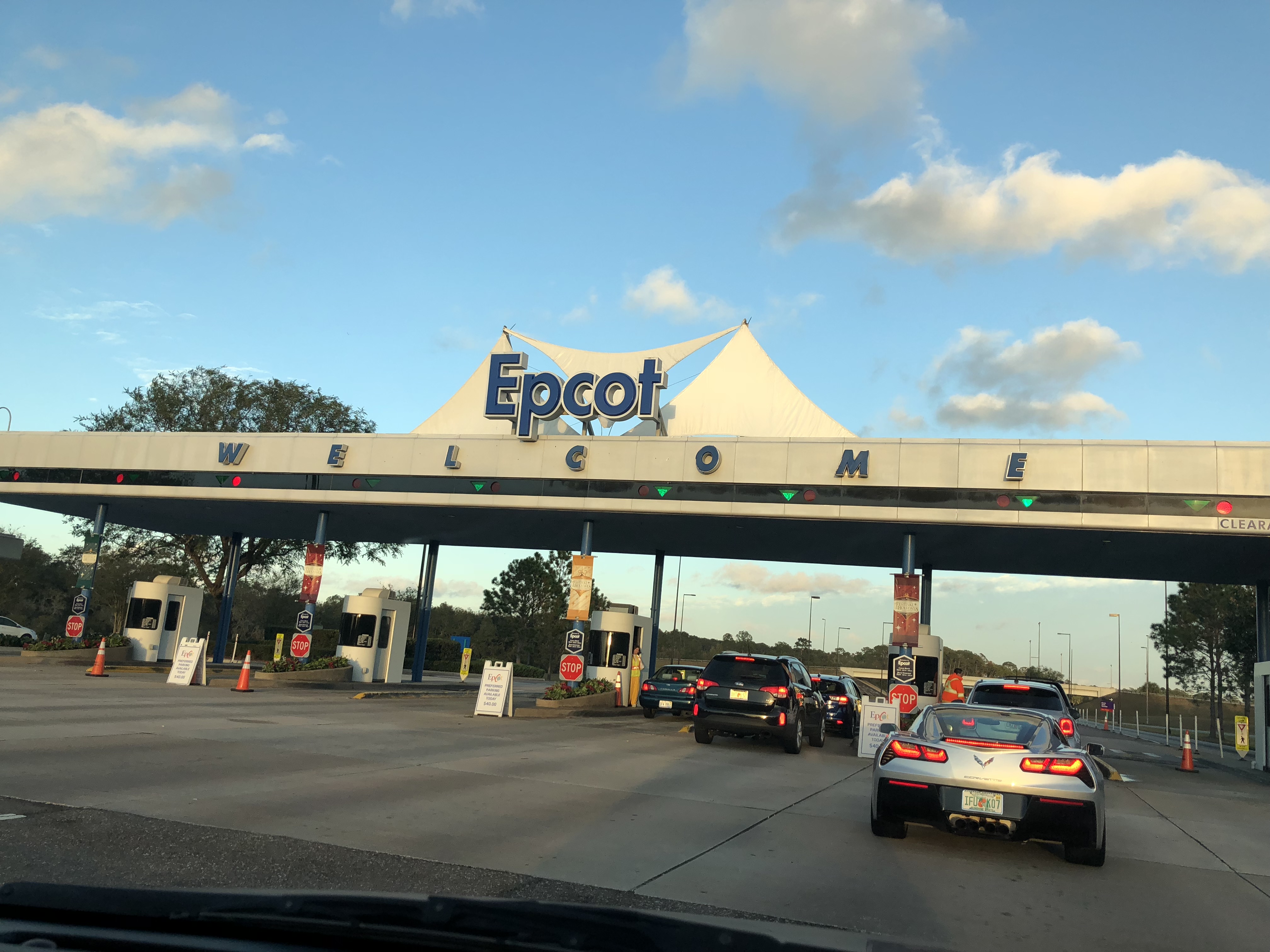 The event was sold out with over 1000 people in attendance, so we had to park in a far lot. Buses took us to the pavilion inside the park 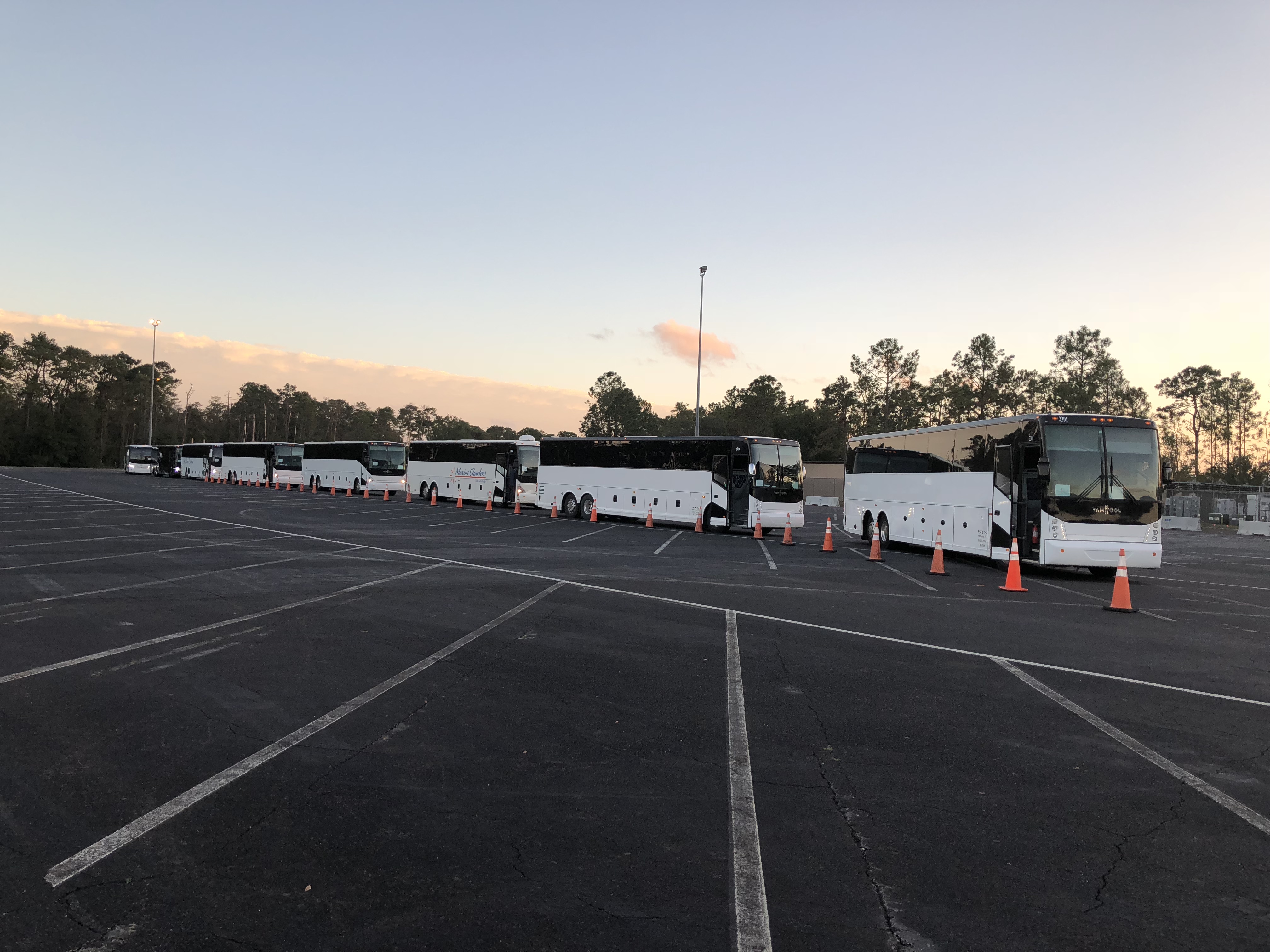 Before boarding I took this photo of Gail in her cape – which was unfortunately necessary because it was near freezing on Saturday evening. (Today is more Florida-like in the 70s.) 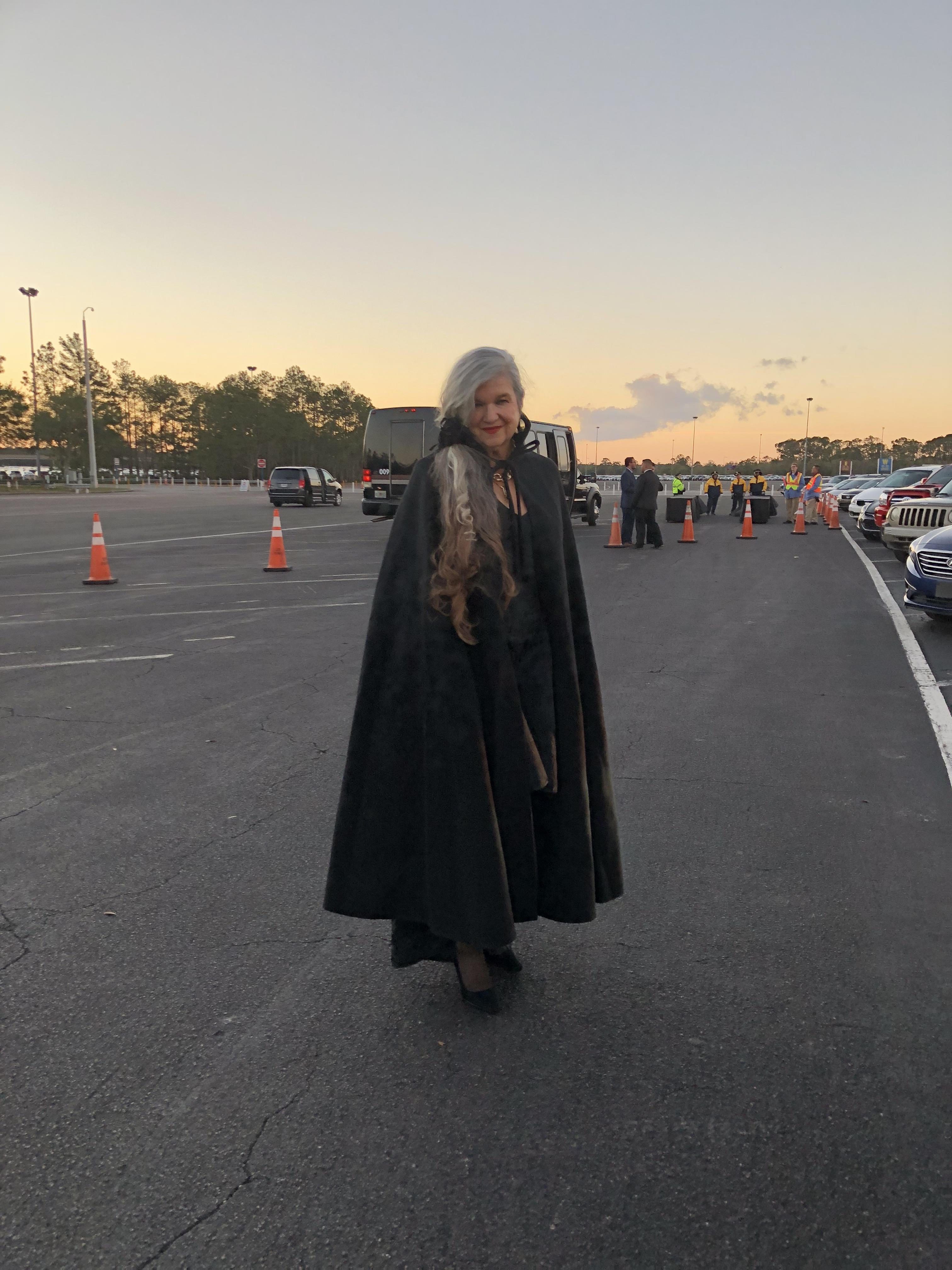 The approach to the pavilion was beautiful 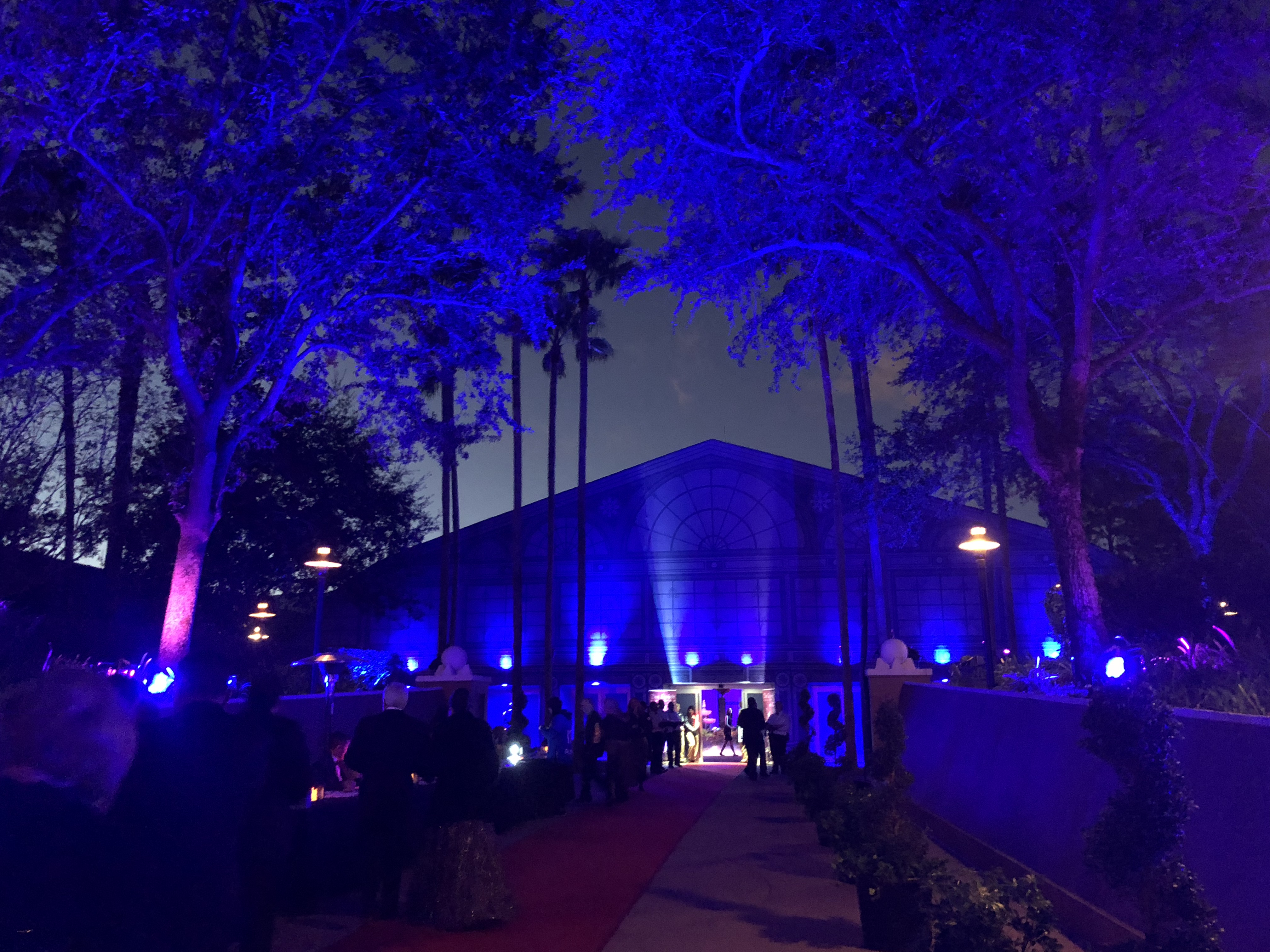 Inside waiters with trays of hors d’oeuvre and sangria circulated 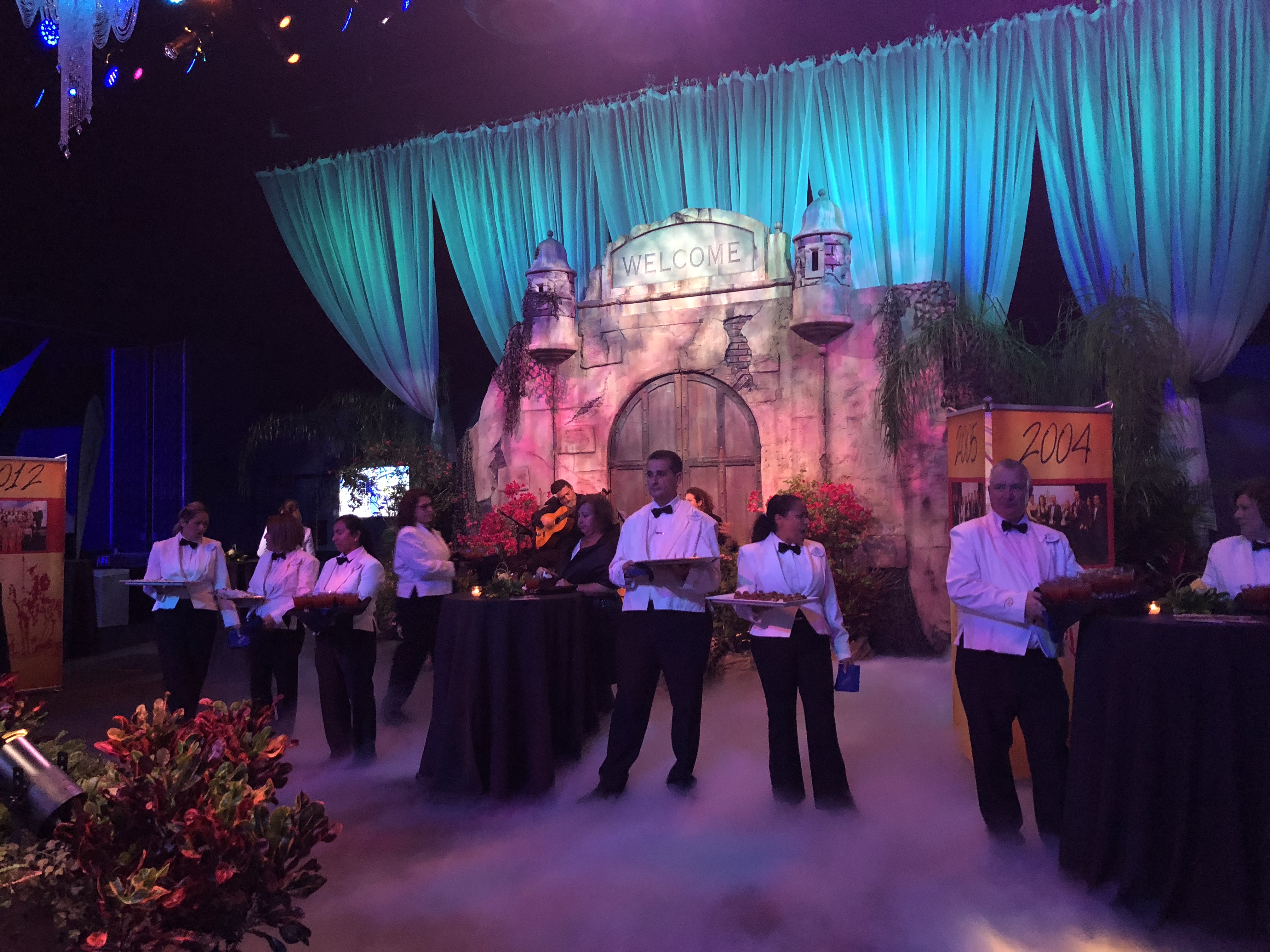 What you see on the floor is fog, likely the kind created by dry ice.

Three Spanish dancers and a toreador mingled in the crowd 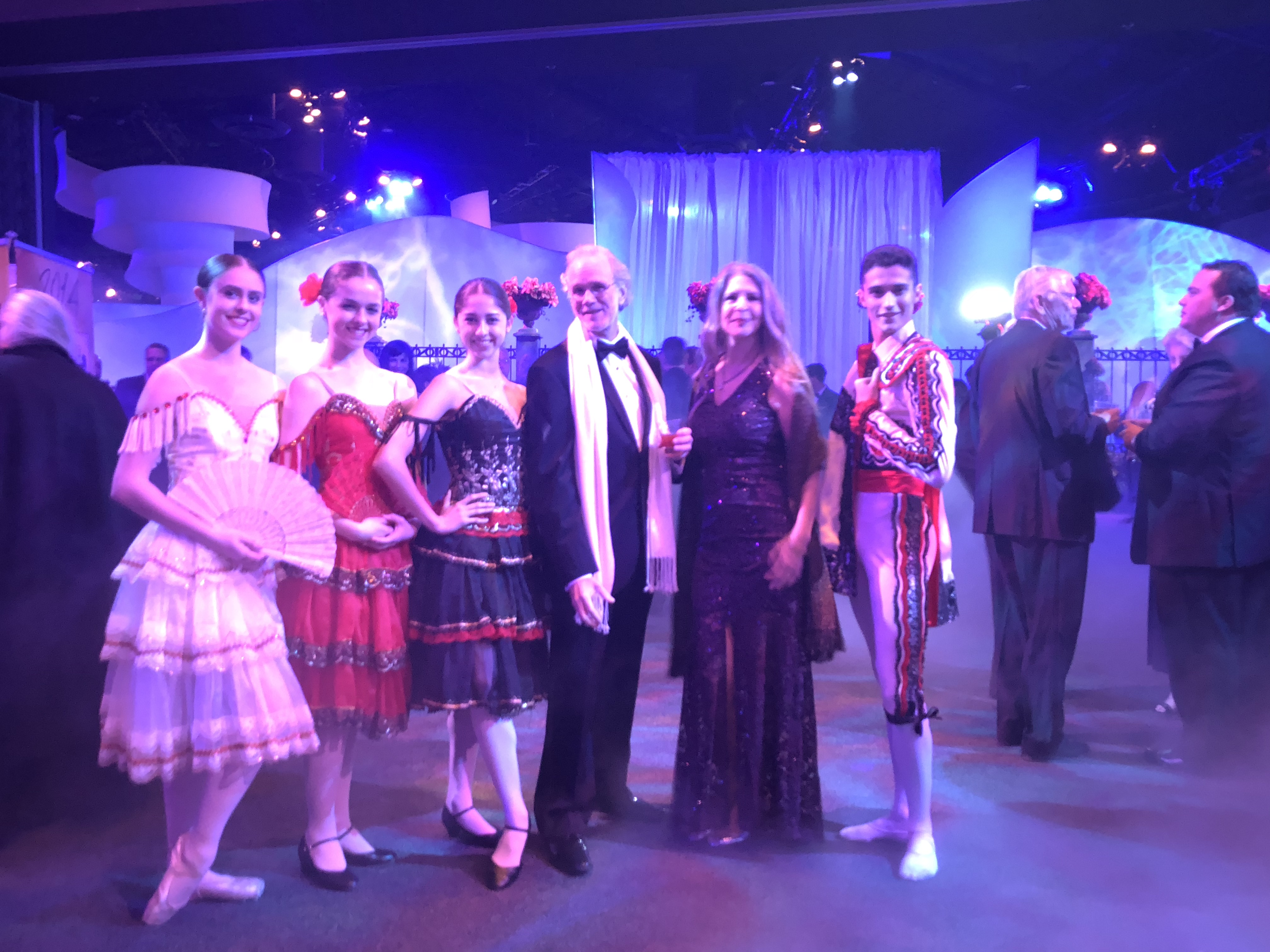 Spanish music was the order of the cocktail hour 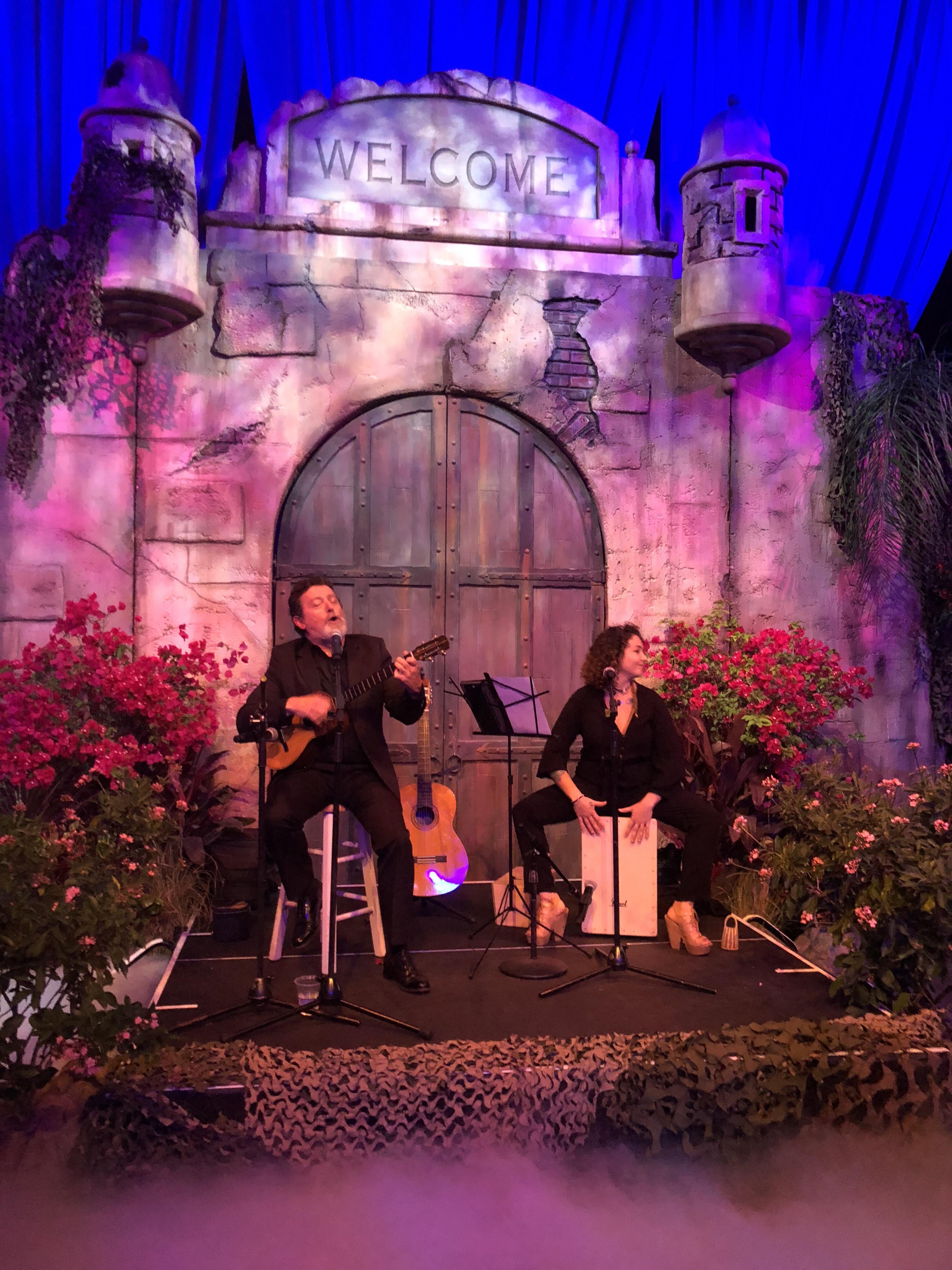 Then it was on to the banquet 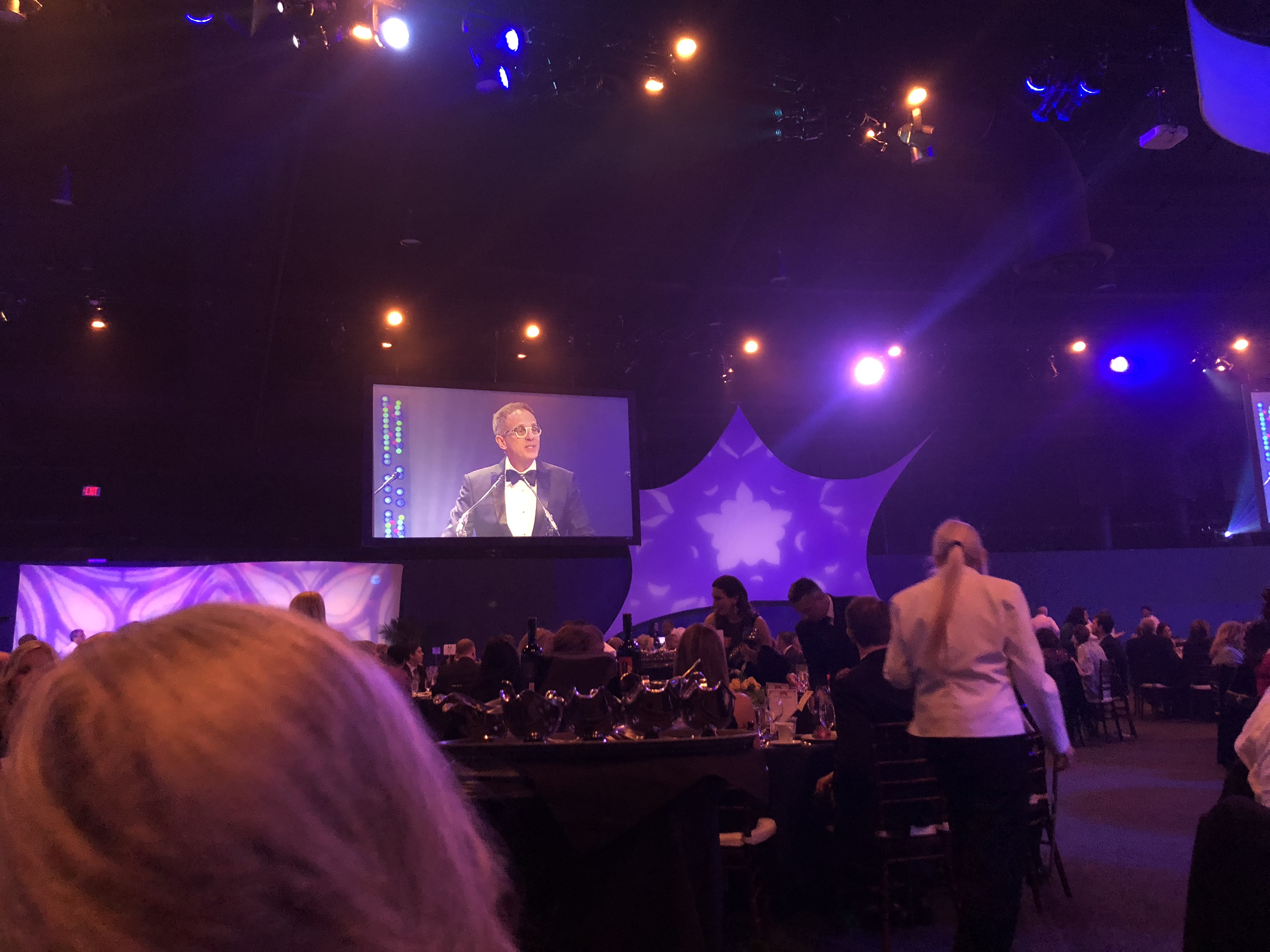 The master of ceremonies for the Don Quijote awards was Paul Gamache. He was born in San Juan, Puerto Rico and has been a news anchor at Univision Orlando for over fifteen years. I was a little surprised – and a little disappointed – how much English was the order of the evening. During the program speakers and performers limited their Spanish to phrases like Buenos noches a todos and the like.

The tables were beautiful and the food was really pretty good, considering how food generally is at a 1000-person banquet 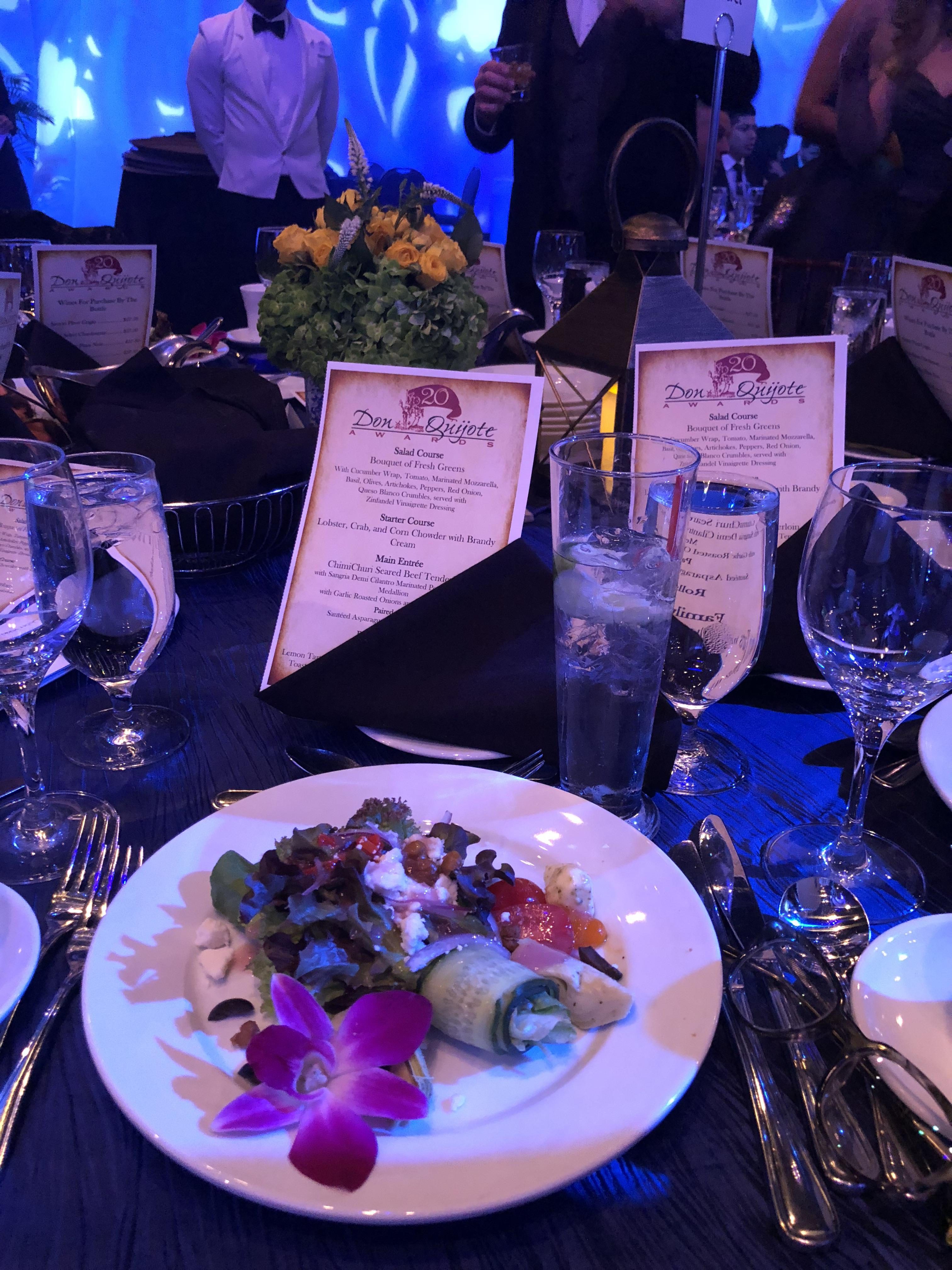 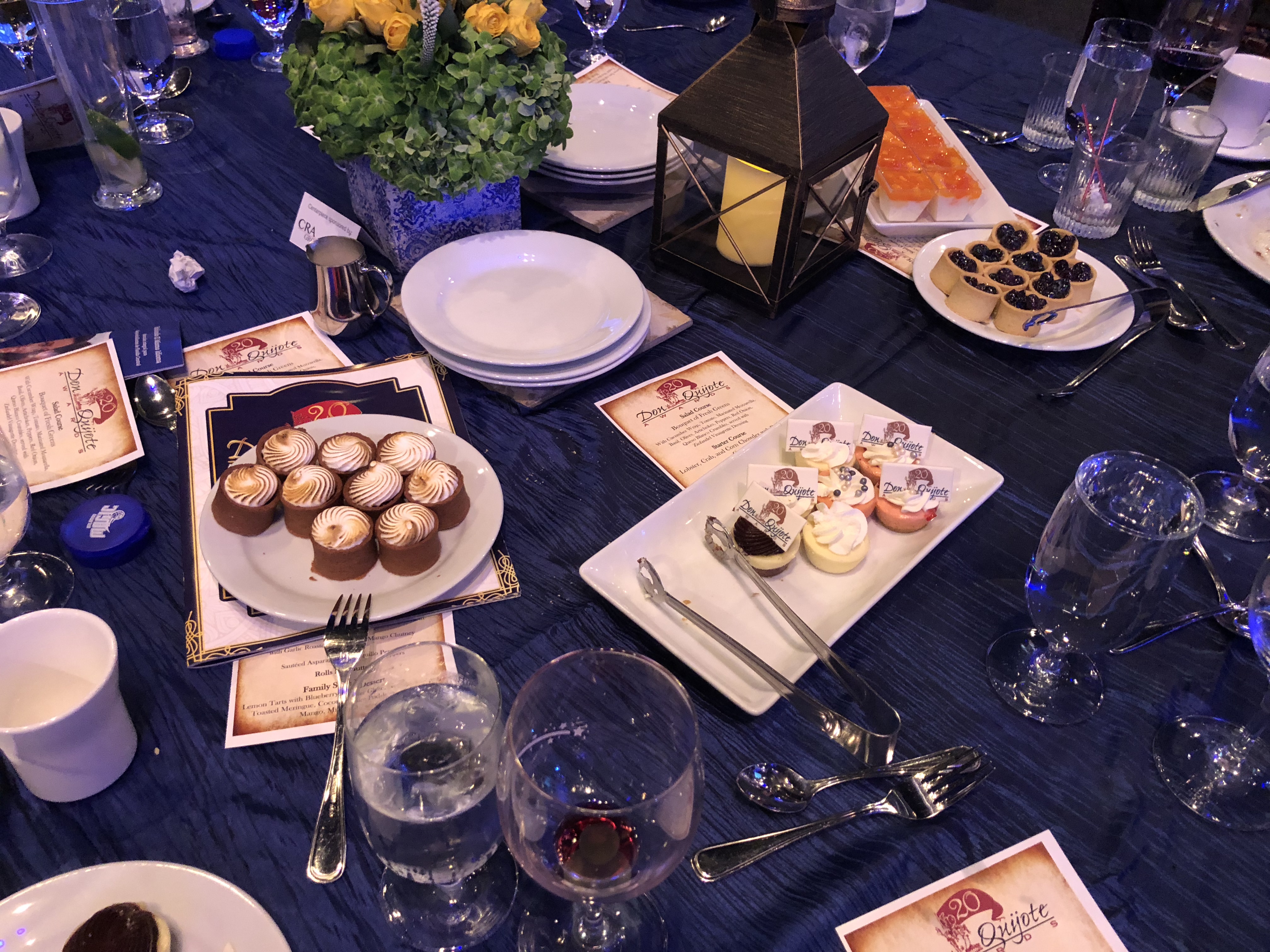 Then it was on to the main event: the awards.

Long-story short. T-Secret didn’t win one of the Don Quijote awards. A tech company did, namely, Advanced IT Concepts, Inc. whose president is a retired army officer and has four locations in Orlando, employs 35 people and serves clients through the United States.

Even so, T-Secret got great exposure in all the published materials and the awards dinner video, which was too big a file for this blog, sadly.

Note: Caroline and T-Secret did win a Propelher award on Tuesday January 16, 2018 sponsored by NAWBO (National Association of Women Business Owners) of Orlando.

Back to the Don Quijote awards: After dinner came the entertainment, which was lively and Latin … 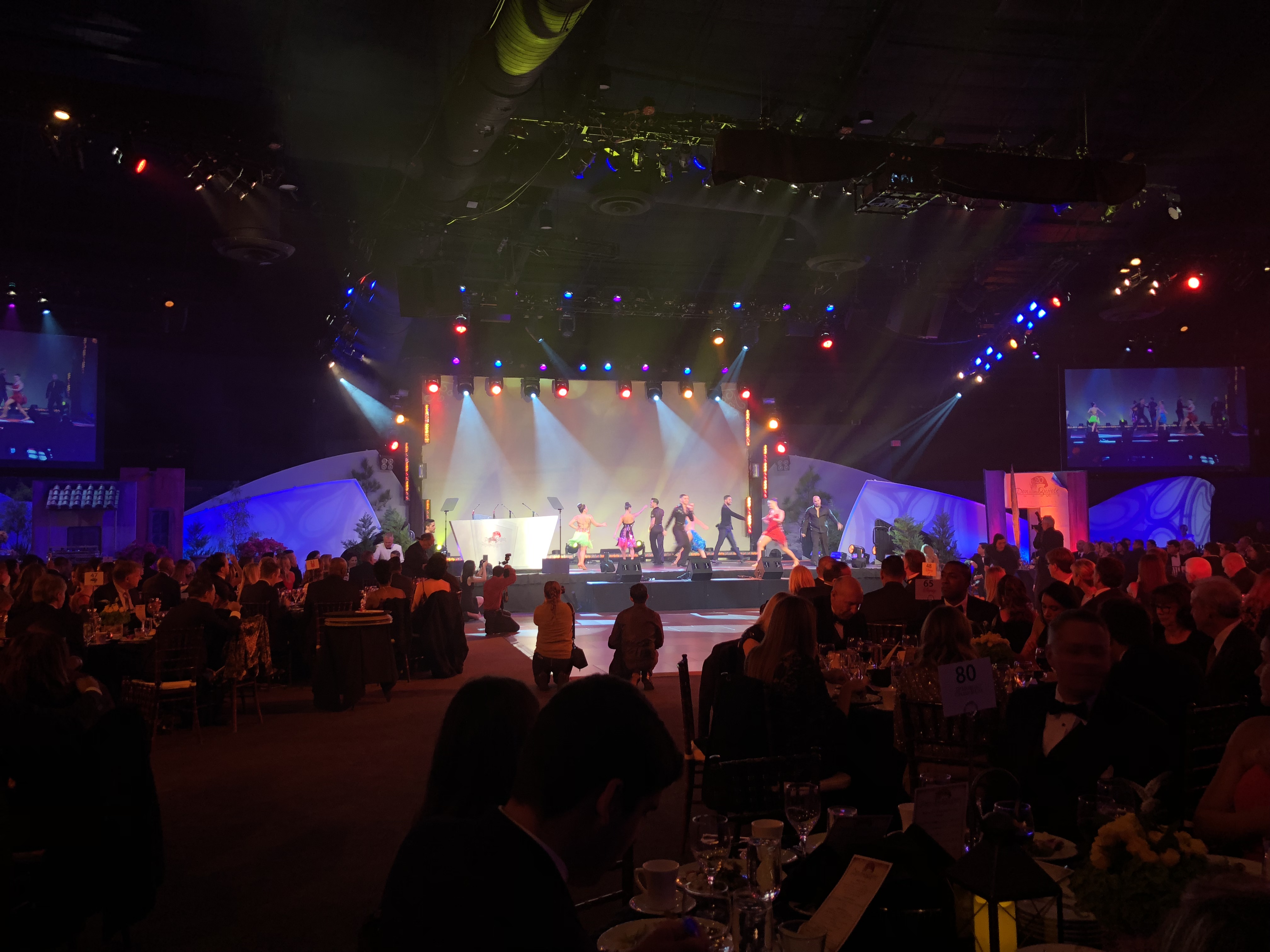 … and with an emphasis on Puerto Rico, which included a video of the island post-Hurricane Irma, plus dancing 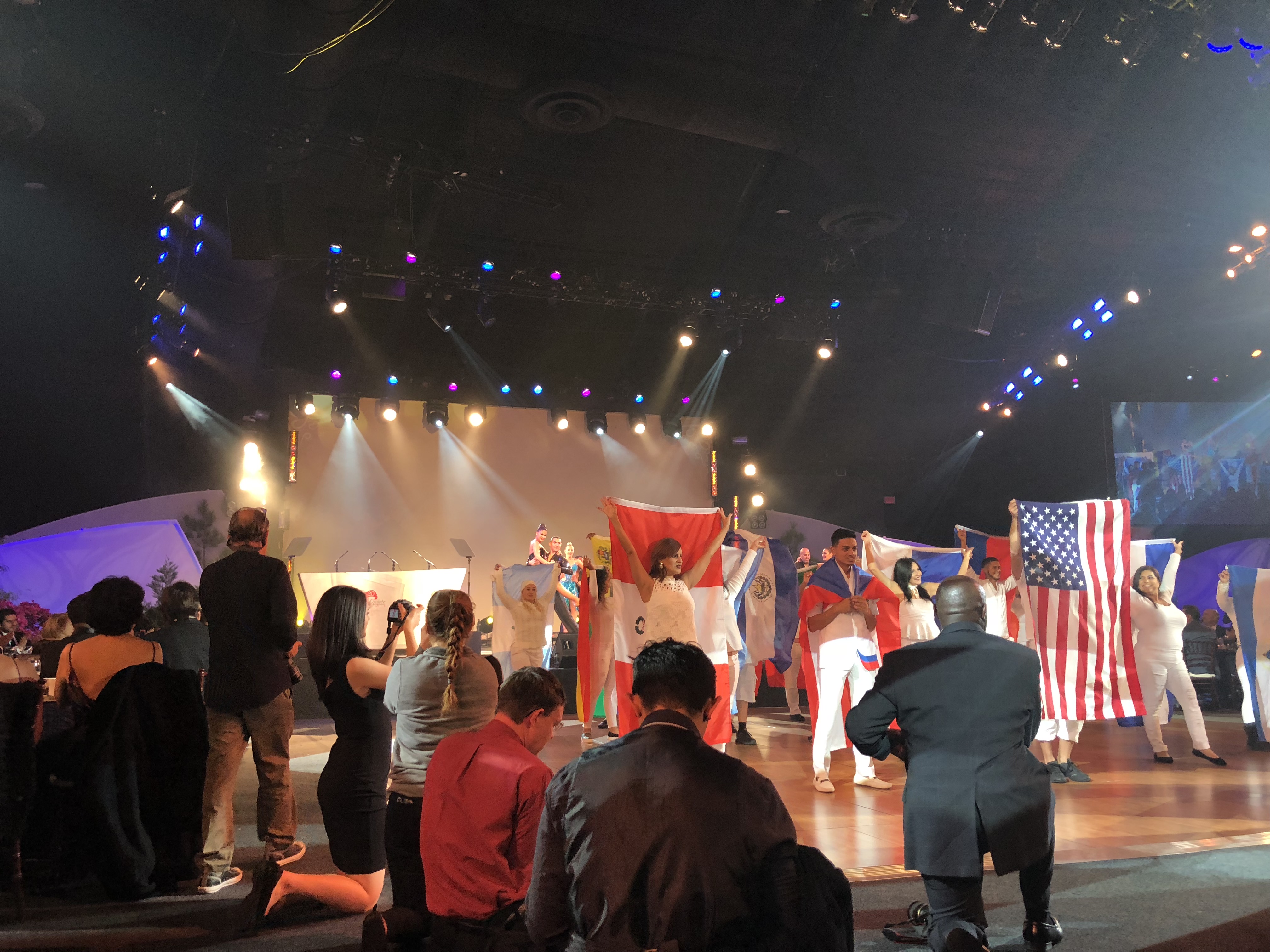 The dancers are waving Puerto Rican flags with the U.S. in the middle

The evening ended with a bang – literally: