Thanatos and Eros: Death and Love

Last month I went to a presentation by Regina José Galindo, a Guatemalan performance artist. She specializes in body art. She works on Thanatos.

The event was sponsored by the Duke University Department of Art & History and Duke Latino/a Studies. The room was packed, with easily 70 people in attendance.

For the past few weeks I’ve been mulling over her presentation.

I was particularly interested in the images Galindo made of her naked body in the cornfields of Guatemala, with her skin blending into the color of the corn stalks. She is supporting the right of the Mayan farmers to their traditional ways of growing corn. 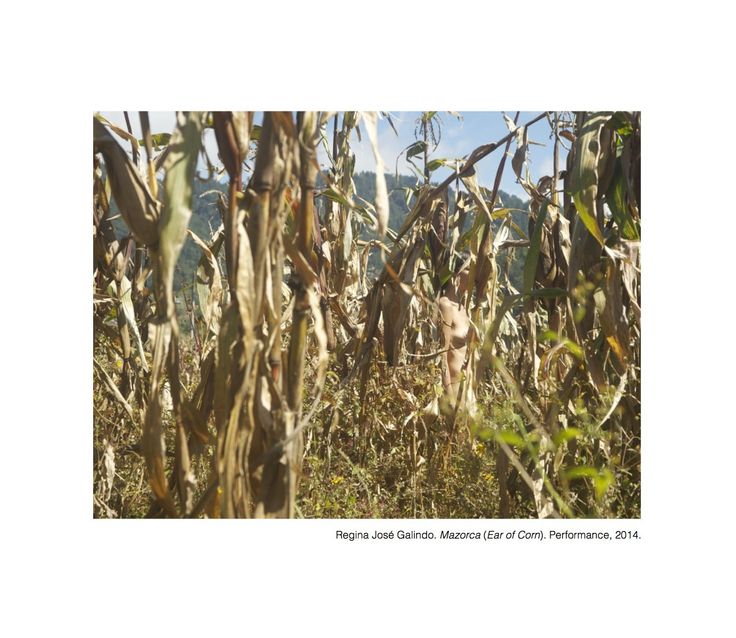 Galindo is protesting the ways that Monsanto, a multinational agrochemical and agricultural biotechnology corporation based in the US, is intruding upon the traditional ways and traditional seeds and transforming agricultural practices in Guatemala.

Galindo’s images put me in mind of Chapter Twelve of my book Languages in the World. How History, Culture, and Politics Shape Language with co-author Phillip M. Carter (January, 2016).

See: Gold in the Mayan Highlands and Language Endangerment.

In chapter Twelve we write not about Monsanto but rather about Goldcorp, an international mining corporation based in Canada, which is upsetting the traditional way of life in the Mayan Highlands and, along with it, endangering the future of the Mayan language.

All of Galindo’s images and performances are stark and strong. They involve bloody footprints, water torture, and mud. They are attentive to the violence visited on both bodies and the environment she has witnessed in her country.

For more information, go to:

During Galindo’s Q&A it was pointed out that her work deals more with Thanatos than Eros. An audience member further suggested that Thanatos is the more pressing and compelling of the topics of our day, more important, more urgent than Eros.

It is true that Galindo’s work focus exclusively on Thanatos.

It is also likely true that – for that particular audience – Thanatos is more important than Eros. As soon as the Thanatos/Eros distinction came up, I tried to imagine a romance writer – namely, an artist whose work focuses entirely on Eros – garnering the same interest, attention or respect from that same audience. I failed.

So, why is it that a mostly academic audience values Thanatos over Eros? Last night I asked the very person who introduced the Thanatos/Eros distinction into the Q&A, namely my friend and art historian, Kristine Stiles.

She had the honesty to tell me that with all the death and destruction and violence in the world today, a focus on Eros seems, in a word, irrelevant.

At the very least I was confirmed in my supposition that the work of a romance writer would not garner the same interest, attention or respect from the audience that attended Galindo’s presentation.

I’m an academic. I am also a romance writer. I admit that being an Eros-focused writer in a Thanatos-oriented environment is often cognitively dissonant and sometimes oddly inspiring.

At the moment I’m inspired to revive an old slogan from the ‘60s: Make love, not war.

With utter seriousness I’ll even suggest a new slogan: Wear a tiara. 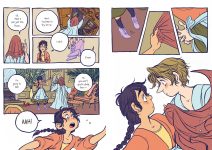