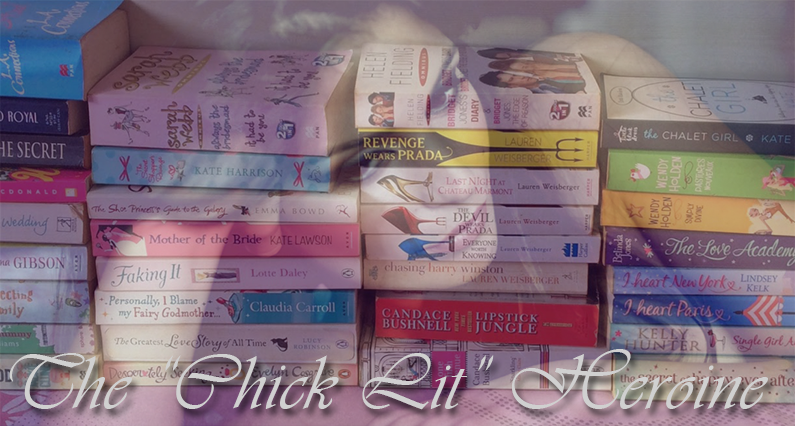 The chick-lit heroine has a recognizable profile.

She either possesses a fashion sense. Or she has a bestie who can trick her out when the need arises, namely for a Big Date.

She is either serially unlucky in love. Or she has divorced (probably recently) a cheating scum-bag.

She either already has children. Or she is awakening to the possibility that she desires them.

She knows her pop culture references. She is likable and easy to relate to. This means she does not aspire to appear in a narrative intended for anything other than a breezy beach read.

Being of the moment, the chick-lit heroine with fashion sense has certainly read enough articles in Cosmo to know what’s up with the dating scene. The one with a fairy godmother is likely to hear wise advice on how to behave as she is being dressed for the Big Date. For sure, the fairy godmother has read those Cosmo articles.

Two pieces of advice now come to mind for the chick-lit heroine out on her Big Date.

This piece of advice is especially pertinent when you’re seated across the table from your date. Oh, and he’s a hunky guy you would have thought was out of your league but who has, nevertheless, taken an interest in you.

This rule is straightforward. If you’re talking about your ex, then you’re not over him, and you’re not ready for a new relationship.

This rule is common sense. If you get sloppy drunk, you won’t look cute, and your behavior will make a very bad impression on your hunky dinner partner. Double that if he’s one of the good guys who won’t take advantage of you in that condition.

A few years ago I lost my husband to cancer. After what I considered an appropriate amount of time I went back out on the dating scene. I knew there were more divorced men than widowers in my age bracket. Good people get divorced for all sorts of reasons, and so I didn’t (and still don’t) object to going out with someone who has been divorced.

I did discover early on, however, that a surprising number of men on a first date with me would bring up their ex in one way or another, never a good one. Apparently the emotional dynamics of a divorce are different from those of the death of a spouse. And thus the desire to say something about the ex is so great the person on the date just can’t help himself (or herself). I’m sympathetic but unimpressed by the lack of impulse control during a space of, say, an hour and a half.

I like a drink as much as the next person. I can admit to the fact that there have been occasions when I’ve been feeling no pain. However, I would never imagine that a man would find me attractive in that state. Especially not in the early stages of getting-to-know-you.

Now let’s say a woman violates both rules on the first date. In the real world, she’s unlikely to be asked out on a second date. She’s more likely to appear as a horror story in a GQ article entitled “Crash-and-Burn First Dates.” Only in chick-lit heroine land – not always but sometimes – will her bitter, if brief, references to her ex be overlooked and her inebriated state be perceived as spontaneous, adorable, or even not her own fault.

I get that chick-lit is like eating the most divine no-calorie chocolate ice cream. It’s yummy to lap up the story of a likable heroine who indulges in bad dating behavior and still gets her HEA. I guess I like ice cream with hot fudge sauce, that is, when the heroine behaves in way to justify her HEA in a modern real-world sort of way.

Everybody deserves a second chance. Even in breezy beach reads, isn’t the post-string-of-bad-luck relationships/post-divorce first date with a great guy already the second chance?

See also:  The Politics of Romance and The Romance Heroine, and The Complete Guide on Writing A Novel