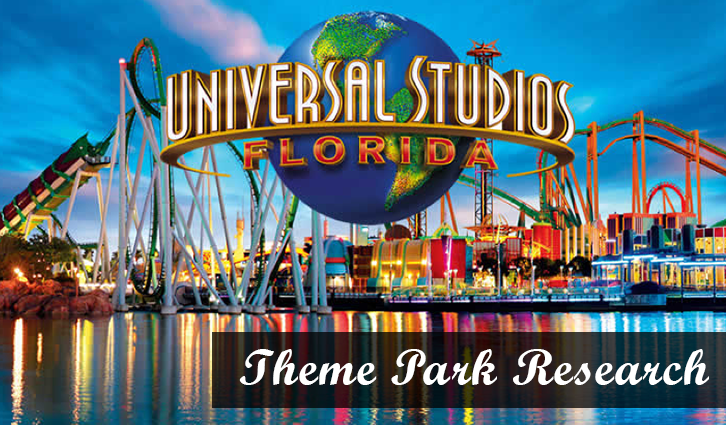 Hot tip: If you want to go to a theme park in Orlando and avoid massive crowds, then go on a Wednesday in May. I went to Universal Orlando

May is an off month, I’ve been told, in that it comes after spring break and before school lets out for the summer. And people often visit parks over long weekends, such as Thursday – Sunday or Friday – Monday.

I’m doing research for my second book in the Buy Me Love trilogy, which is set in Orlando. So it made sense, since I live part-time in Orlando, to finally visit a park. I don’t quite have the plot for the book (or the title or even anything but the haziest notions of the characters), but I can easily imagine some big scene taking place in one of the theme parks.

So I chose Universal Studios/Islands of Adventure, asked my friend Gail to come along with me, and we chose this past Wednesday because it suited our schedule. Gail knows the parks much better than I do, and she was amazed by how small the crowds were. Then we asked around and discovered we had completely lucked out by choosing a Wednesday in May. 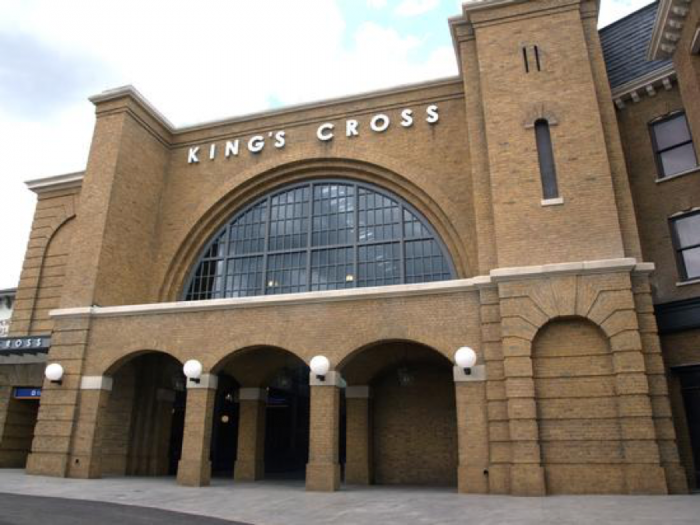 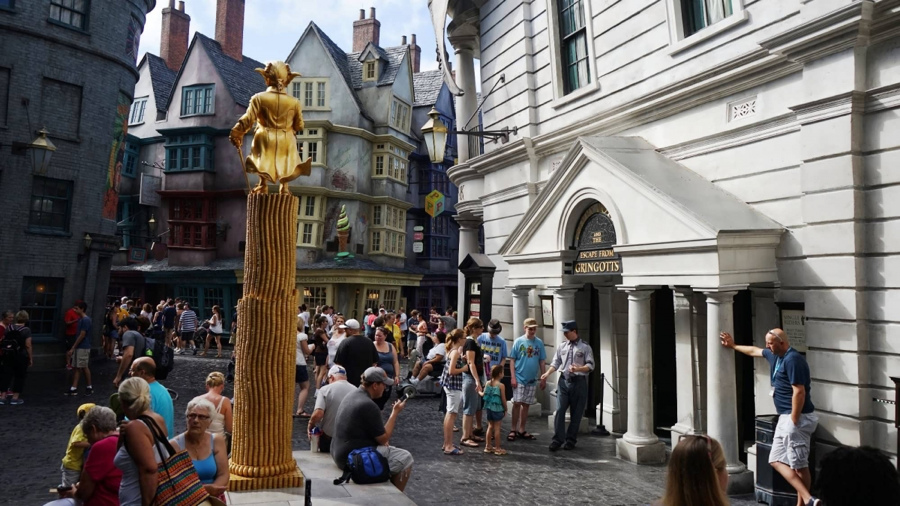 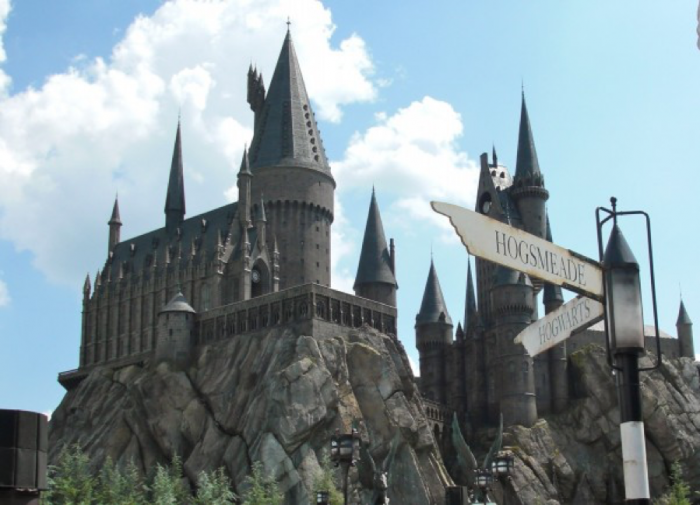 Hogwarts School of Witchcraft and Wizardry at Islands of Adventure 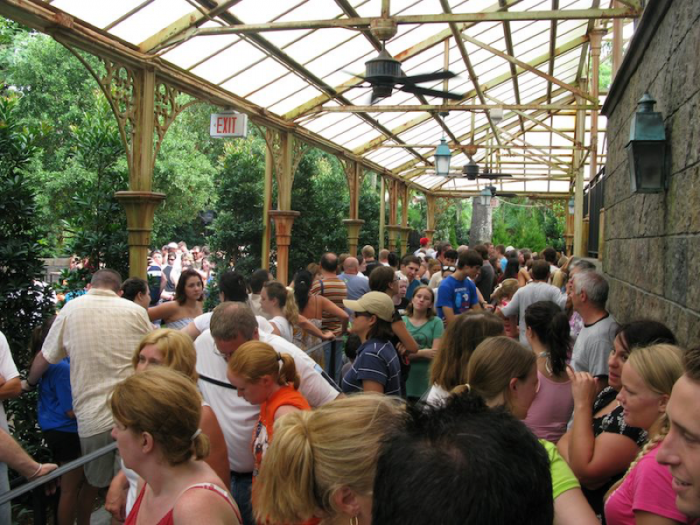 This is just a fraction of the line to get to the ride on what must be a normal day.

The line continues to snake around the outside and then through many rooms in the school.

Caution: There can be a two-hour wait for this ride. Furthermore, express passes do not apply to Harry Potter rides.

On Wednesday the sign said there’d be a 20-minute wait. It was far less than that. So, as I say, mid-week in May is a good bet.

Fun facts: The Wizarding World of Harry Potter was part of a $1.6 billion upgrade at the park and increased park attendance by 36%.

I also enjoyed the Shrek Adventure. 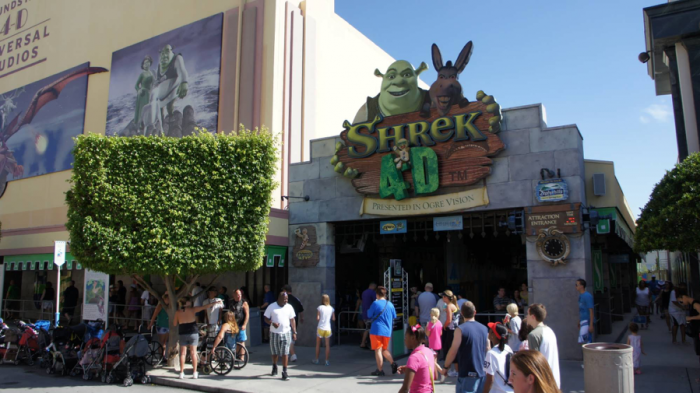 It was a movie. We wore 3-D glasses and sat in seats, which were stationary but had all sorts of special effects. The 4-D must refer to the water sprinkled over us at various times (like when someone on screen sneezed).

Mostly I was there to just get a feel for the place and imagine places where a dead body (or two?) might show up. I thought the trunk of this Edsel might work. 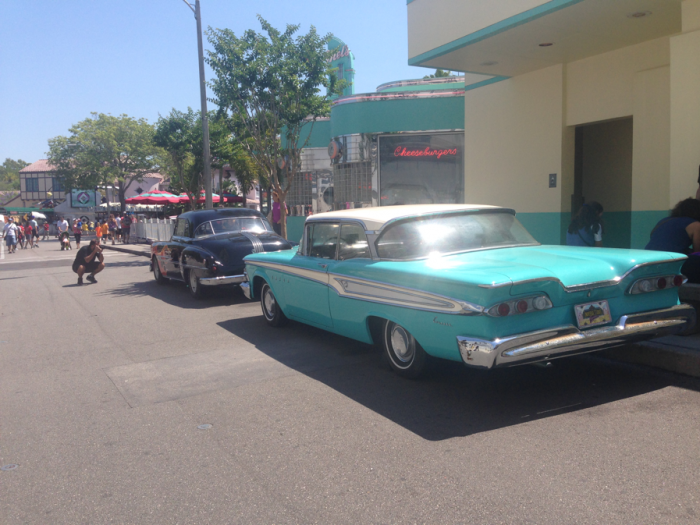 Where am I? Back in Havana? No, this is Hollywood at Universal

It wouldn’t be Hollywood without Marilyn: 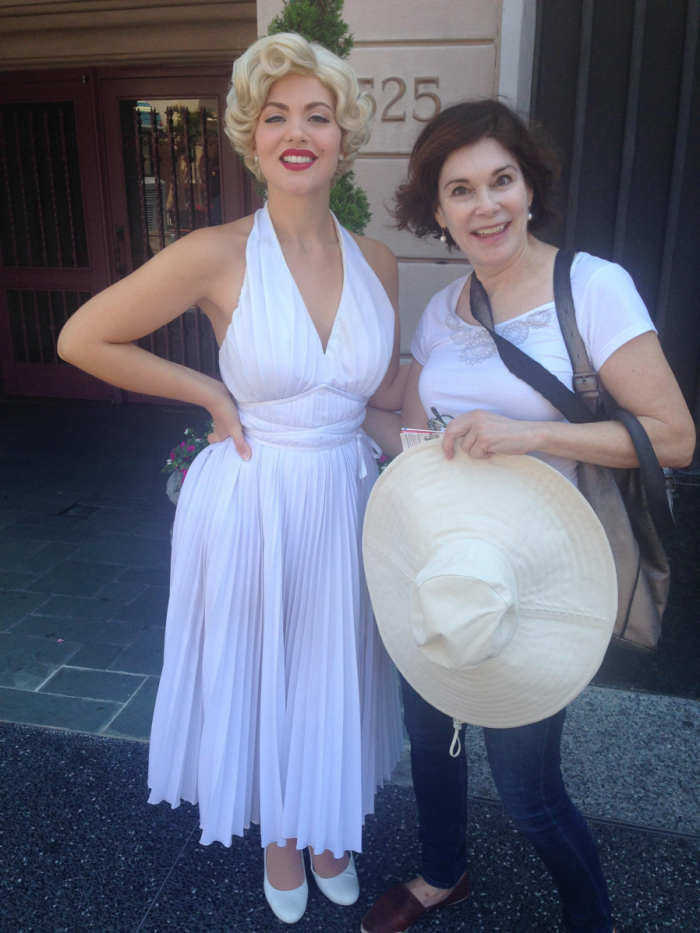 Gail and I took a pass on the water ride … 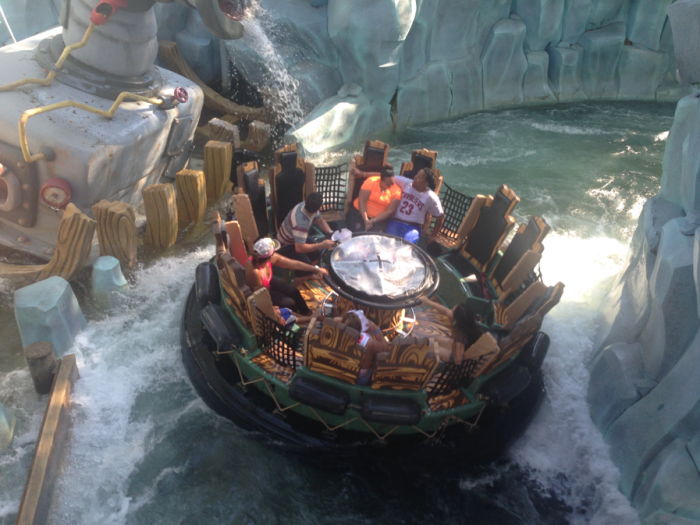 … because at the end of it you’re soaked. So the park helpfully offers a People Dryer: 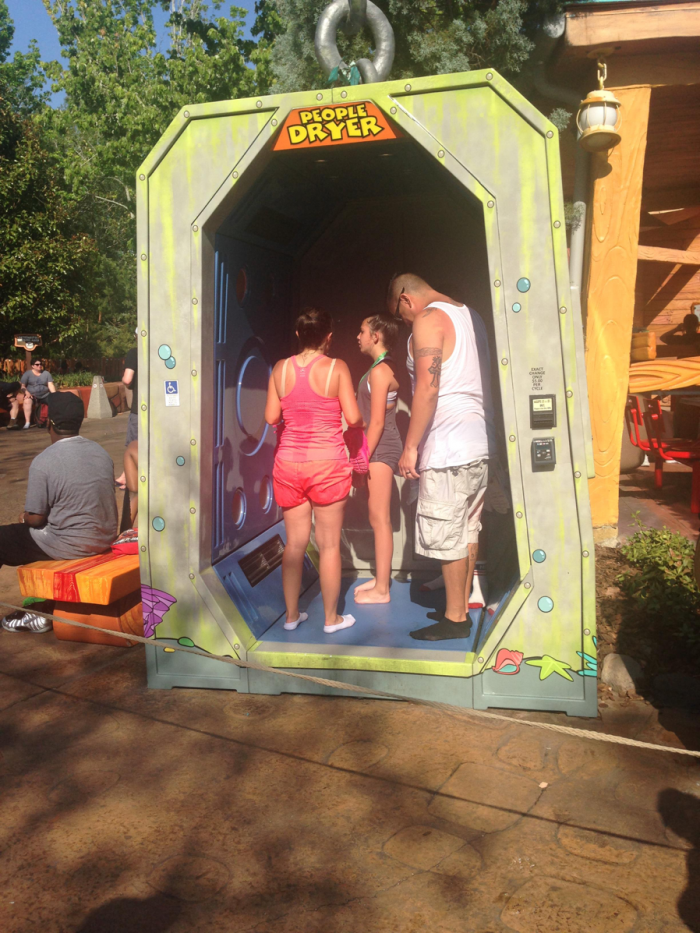 Exact change only and $1 per cycle. The park sure knows how to make money.

Beyond wandering around, going on a few rides, having lunch and looking in some shops, like this one: 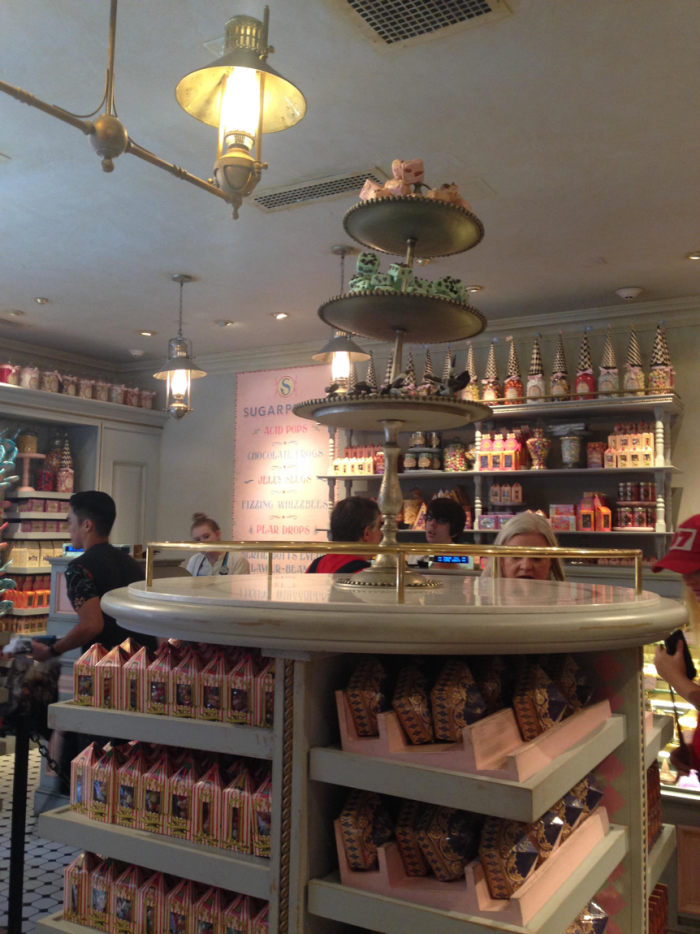 I mostly wondered why people go to theme parks. I guess they like them, and I take it as bona fide that people know what they like and then do it. Me, I kinda sorta don’t get the whole theme park thing. So I decided to ask people about their experiences.

When I asked one young mother, she responded immediately, “The kids are happy.” In further conversation with her, it turned out she was from Sweden. Evidently, the current exchange rate for the krona is not good, and so she added that the whole thing was very expensive.

The draw of theme parks must be that they’re contained places with lots of stimulation and programmed entertainment. They’re clean, even sanitized, and safe. They also make a great meeting place for local teens – much better than a mall – and the Cineplex at Universal has 20 screens.

CityWalk outside Universal’s gates has tons of bars, restaurants, and shops. Just this year parking became free after 6:00. So there’s entertainment for all ages. 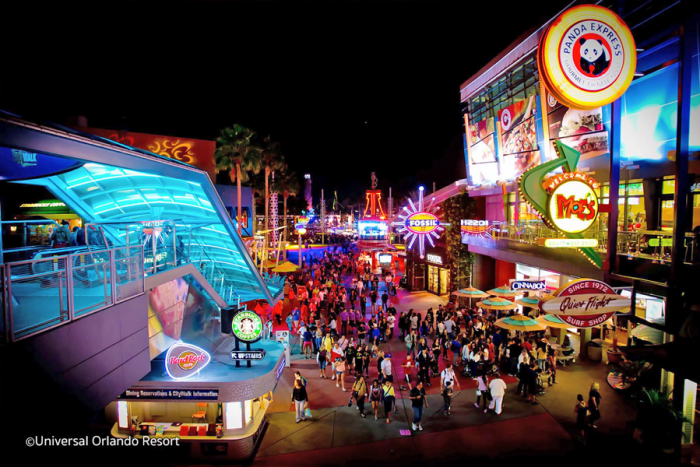