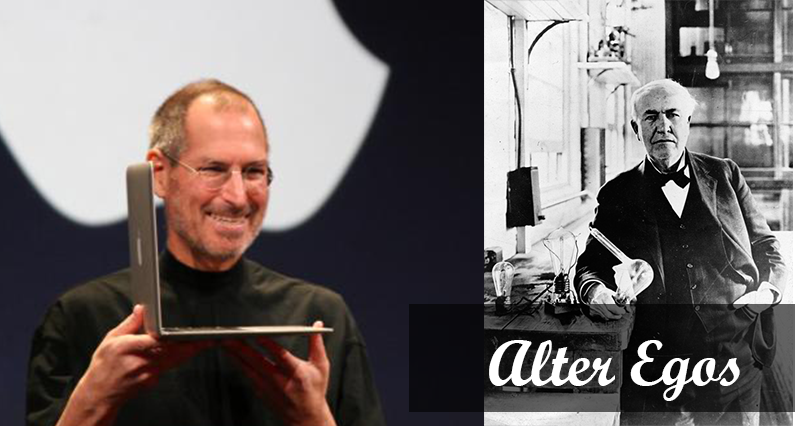 I am reposting this blog from October 8, 2015 in response to the October 25, 2019 opening of The Current War: The Director’s Cut. This movie first appeared in 2017 but played mostly in art houses. It’s about Thomas Edison who favored direct current (DC), and George Westinghouse who favored alternating current (AC).

Here I juxtapose Edison not to Westinghouse but to Steve Jobs.

Last week I happened to read two books back to back. The first was Walter Isaacson’s 2011 biography of Steve Jobs. The second was Jacked Up: The Inside Story of How Jack Welch Talked GE into Becoming the World’s Greatest Company (2007) by Bill Lane, Welch’s long-time speech writer. GE was founded by Thomas Edison.

Reading these two books in a row was a happy accident. They gave me a sense of the Alpha and Omega of American business in the twentieth century.

GE is the only one of the original 12 companies on the Dow Jones Industrial Average to still be on the Dow. Thomas Edison’s Electric Light Company merged with Charles Coffin’s Thomson-Houston Electric Company in 1892 to form General Electric. The Dow Jones came into existence in 1896.

Apple is the latest addition to the Dow, which is now the Dow 30 and no longer composed only of industrials. Apple, Inc., was founded by Steve Jobs, Steve Wozniak, and Ronald Wayne in 1976. It joined the Dow in 2015.

Both Thomas Edison and Steven Jobs were devoted to bringing their inventions to the masses. Neither cared about money.

The cultural differences couldn’t be clearer. In Jacked Up, golf plays a visible role, since a good golf game and membership in a country club are necessary for a traditional businessman. As for Steve Jobs, I doubt he ever held a golf club, and no mention of country clubs is made in Isaacson’s biography.

At GE, alcohol is a factor. Jobs didn’t drink, but psychedelics did play an early role.

If any religion was at issue at GE it was Jack Welch’s Irish Catholicism. Steve Jobs was more about Zen Buddhism.

The suits in Fairfield are rightly called suits – mention is made of ones costing a couple thousand dollars. Steve Jobs was renowned for his uniform of jeans and a turtleneck.

And so it goes.

But the really interesting thing is not about Steve Jobs in relationship to Jack Welch and the cultural differences between GE and Apple. It’s rather I realized that Steve Jobs is the modern-day Thomas Edison.

Thomas Edison and Steven Jobs: From the Modern to the More Modern World

Edison held over 1000 patents. One was for the phonograph. Without it we wouldn’t now have iTunes.

Another patent was for the motion picture camera. Without it, Jobs wouldn’t have been involved in the founding of Pixar and the creation of the first fully computer-animated film, Toy Story (1995).

And without the light bulb, Jobs couldn’t have replaced it with the Mac in his idea bubble in his 1984 presentation of the Macintosh. (Cue the Chariots of Fire soundtrack. I’ll let you imagine it.) 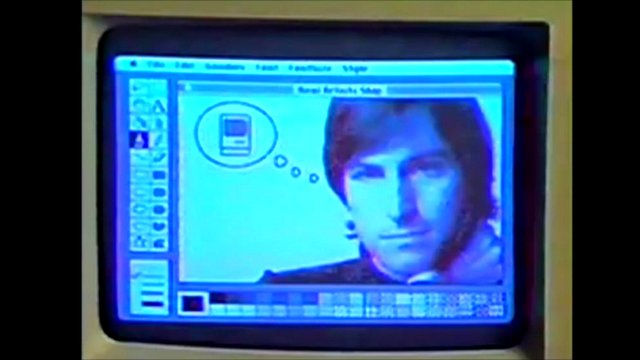 Okay, without the light bulb we wouldn’t even have modern computing.

So these two books were both stimulating readings, made more interesting by their juxtaposition.

The question is: Where is American business going after Jobs? 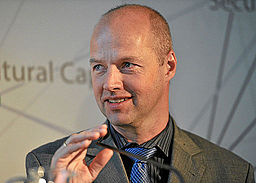 Keep an eye on German-born engineer and educator Sebastian Thrun who worked at Google until 2012. There he suggested Street View that photographs the world’s roadsides, developed Google’s self-driving cars, and founded the project responsible for Glass, a wearable computer that looks like spectacles.

Now a research professor at Stanford, Thrun founded Udacity, a startup dedicated to reinventing education for the 21st century.

Thomas Edison had a whole two months of formal schooling, was considered dull, and so was homeschooled by his mother. Steve Jobs is famous for being a Reed College dropout.

So, a resounding Yes to reinventing education! It would be wonderful if our greatest inventors didn’t develop because they had avoided the system, one way or the other. Is there a way to educate creativity? There must be a way, at least, to foster it.

See also: All My What I’m Reading Blogs