As the Tibetan lama, Arjia Rinpoché, puts it, Tibet’s “language, its religion, its culture, and its native people are disappearing faster than its glacial ice.” The Tibetan language is melting.

Note: The term Rinpoché is an honorific given to revered teachers and incarnated lamas; it means ‘precious one.’

In 2010 government officials in Quinhai Province in western China detained twenty people for participating in protests that consumed the region for several days. The detained were not professional activists, radicals, or members of a well-funded political organization. They were students, some in middle school, some in high school, and others in college. They had joined thousands of other demonstrators, mostly other students in the Autonomous Region of Tibet.

They were protesting a decision by the central government to change the medium of instruction in schools in the Chinese-controlled Tibetan-speaking regions from Tibetan to Putonghua, the standardized variety of Mandarin Chinese promoted by the central government. Under the proposed policy, the Tibetan language could only be used in Tibetan-language class. As a form of protest, some of the students chanted “Equality of People, Freedom of Language.”

Their prospects for equality and freedom have not improved. In 2015 the possibility that a Tibetan child will be educated in Tibetan through the course of his/her education are even bleaker than in 2010. The central government has continued its monitoring and crackdown on Tibetan schools.

Quinhai Province was once a part of eastern Tibet called Amdo. In 1928 China absorbed it and renamed it. In 1935 a baby was born in the town of 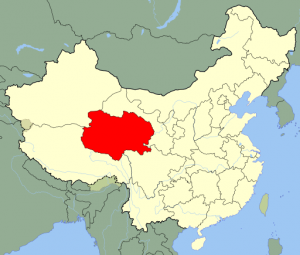 Taktser in Quinhai/Amdo who would soon be identified as the fourteenth Dalai Lama. The intertwined relationship of language with religion and politics outlined in the previous chapter is at work in Tibet.

A popular belief among Tibetans is that the thirteenth Dalai Lama chose to be reborn in historic Amdo in order for the people of that region to have a closer feeling to Tibet, as a way to reclaim Amdo as part of Tibet.

We offer no opinion here on reincarnation; however, we can affirm that when a language ceases to be a medium of instruction and becomes an object of instruction, its days as a living language are numbered.

The breath of the Chinese dragon (Mandarin) has been blowing ever closer to the remote, snow-capped Tibetan language for the last 3000 years and now the dragon is breathing fire down the neck of the Tibetan language.

The Tibetans revere their language, their script, and their scripture and fear impending loss of all three.

On the one hand, China protects minority languages in its constitution by allowing the Autonomous Regions, such as Tibet, to set language policy. On the other hand, China is pestered by the ideology of the monolingual nation-state.

However, China is hardly alone in trying to square the circle of its multilingual reality, since societal multilingualism is the norm the world over. In fact, of the world’s current ten most populous nations – in descending order: China, India, United States, Indonesia, Brazil, Pakistan, Nigeria, Bangladesh, Russia, and Japan – only Japan could be thought of as solidly monolingual by the numbers.

However, the presence of indigenous languages such as Okinawan and Ainu trouble Japan’s purported monolingualism, to say nothing of English, Korean, and Chinese, which are also highly influential.

We now turn our attention to the ways that nation-states, once constructed, bring language planning and language law to bear on the language behavior of their citizenry in the halls of government, in classrooms, and sometimes even in the streets and marketplaces. None of the regulation and planning of language by the state can be carried forth without a well-developed bureaucracy and the resources of an ample and controlled print culture.