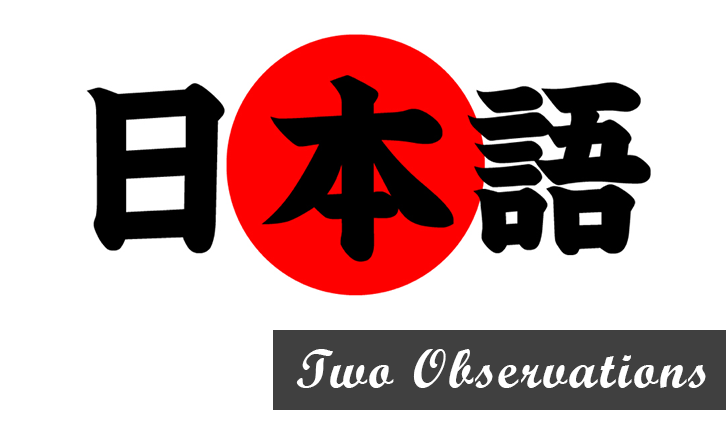 I’m in Japan now. Sure, I can say ohayō gozaimasu ‘good morning’, arigatō gozaimasu ‘thank you very much’ and order basic food items, e.g. I have shōchū  rokku ‘(Japanese) vodka on the rocks,’ down.

Beyond that, I make no claims to knowing the Japanese language and my best response, when confronted with someone speaking to me in Japanese (and my son isn’t present to translate) is: “Wakarimasen.” = I don’t understand.

But, as a linguist, I can’t help but pay attention to the language when I’m here. At the moment I have two linguiobservations:

Last week we went to the Beer Garden on the roof of the fancy Hankyu Department Store in Osaka.

It’s an All You Can Eat and Drink deal for $40/person – not bad. I can’t eat $40 worth of food, but I can make up the difference in drinks, which includes all types of alcohol and not just beer. 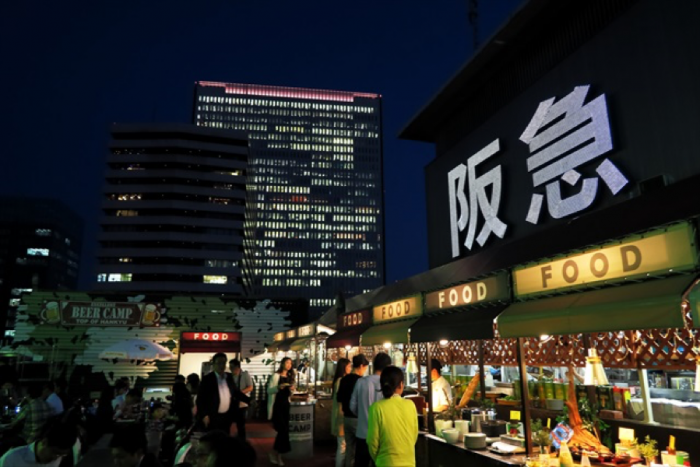 This is only one side of the food line. It turns right at the corner and extends down the other side of the roof.

The question is: Why is a buffet called viking?

One story has it that the The Imperial Hotel in Tokyo was the first to offer this all-you-can-eat option in Japan in the late 1950s. The person responsible for creating this feature was inspired by a scene in The Vikings (1958) starring Kirk Douglas, in which Vikings were eating from a table of great abundance. 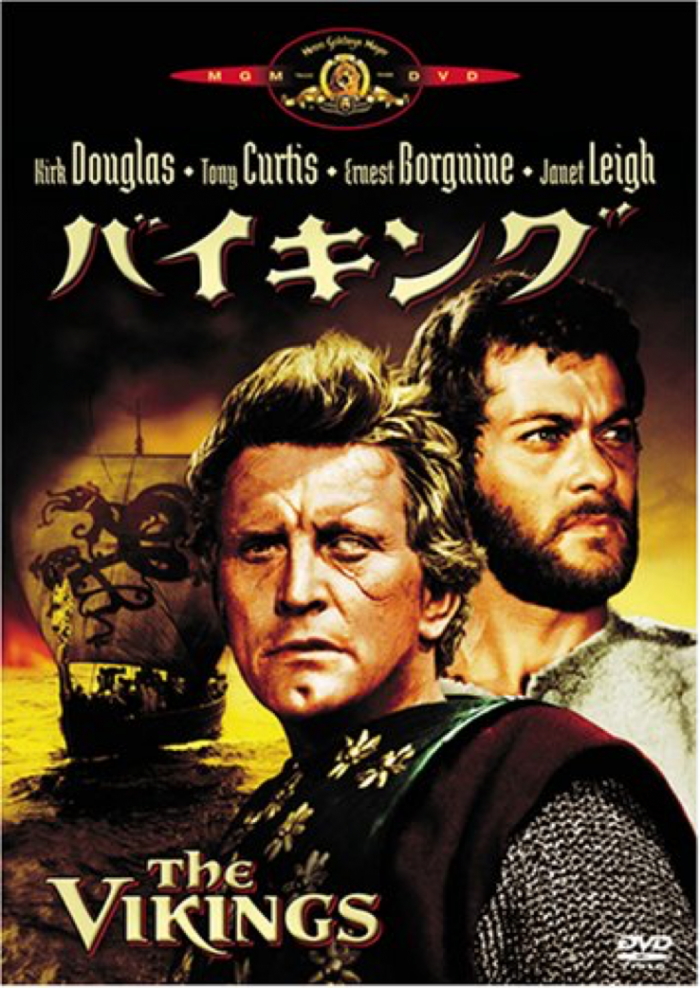 Japanese Language: From Vikings to Ba-i-ki-n-gu

One. Katakana is the name of the script at the top of The Vikings poster. It is used for writing foreign words.

Two. Japanese does not have sound ‘v’, making ‘b’ the closest approximation.

Three. Japanese does not have plurals; so ‘Viking’ and ‘Vikings’ are the same.

While the story involving the Kirk Douglas movie may be true, I suggest that Japanese syllable structure also plays a role in the choice of viking.

Japanese words can have two vowels in a row but they cannot have two consonants in a row. The only consonant that can either end word or be next to another consonant is ‘n’ as in futon ‘bed,’ sensei ‘teacher’ and onsen, ‘(traditional Japanese) bath.’ Otherwise all words end with a vowel.

The onsen is one of my very favorite Japanese practices.

Borrowed words also conform to the pattern, such that ‘baseball’ comes out besubaru.

The point here is that this buffet-style meal originated in Sweden and the actual Swedish word for it is smorgasbord – truly a nightmare of consonant clusters for the Japanese to negotiate.

Would anyone be happy with shiumoragasuborudu?

So, hats off to the solution of viking.

When learning a language, I always seek out proverbs, those sifted down nuggets of wisdom a culture passes down from one generation to the next. I love them for the way they reflect the uniqueness of the culture that produces them.

Here’s a nugget from the Japanese language:

Meaning: Monkeys are expert tree climbers, but they sometimes fall. Thus, even people good at things sometimes make mistakes in the things they’re good at.

The amazing thing about this proverb is that it matches exactly the meaning of the English:

(Kill) two birds (with) one stone.

It’s unusual for two unrelated cultures to hit on the same proverbial idea, but it seems that’s what has happened here, since both the English and Japanese aphorisms are said to be very old.

In fact, Chinese has the same expression. Chinese proverbs are known for having a 4-character format, like the one stone, two birds Japanese example.

Although English isn’t written in characters, we do go for 4-word expressions:

So maybe even in the realm of proverbs, historically different cultures are more alike than I might have thought.

See also: All My Language Blogs