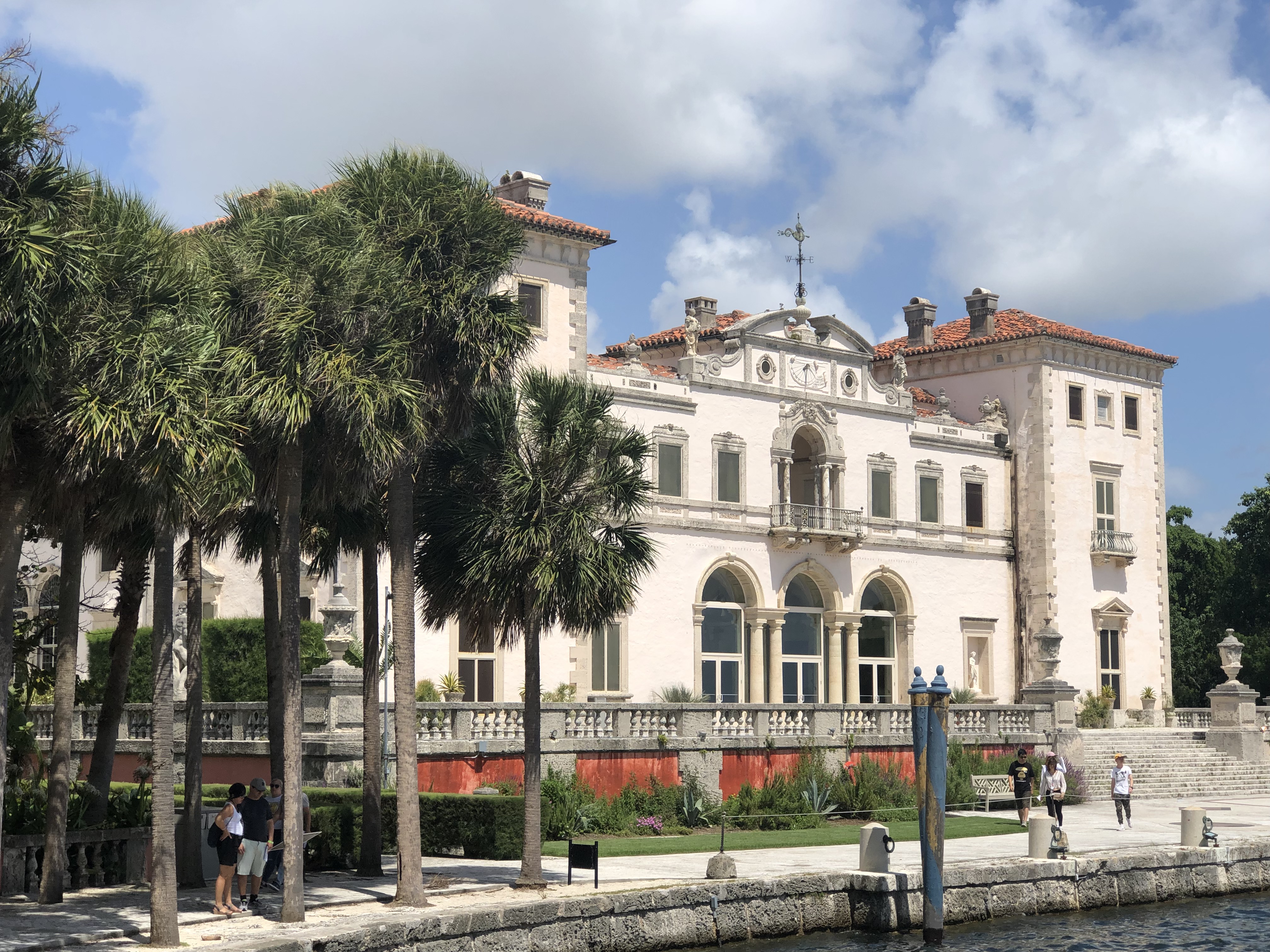 Vizcaya Estate lies at the northern end of Coconut Grove. It sits pretty on Biscayne Bay. The principal building is a Venetian-style villa. The structures dotting the estate follow architectural suit. The formal gardens are an Italian Renaissance landscaper’s dream. 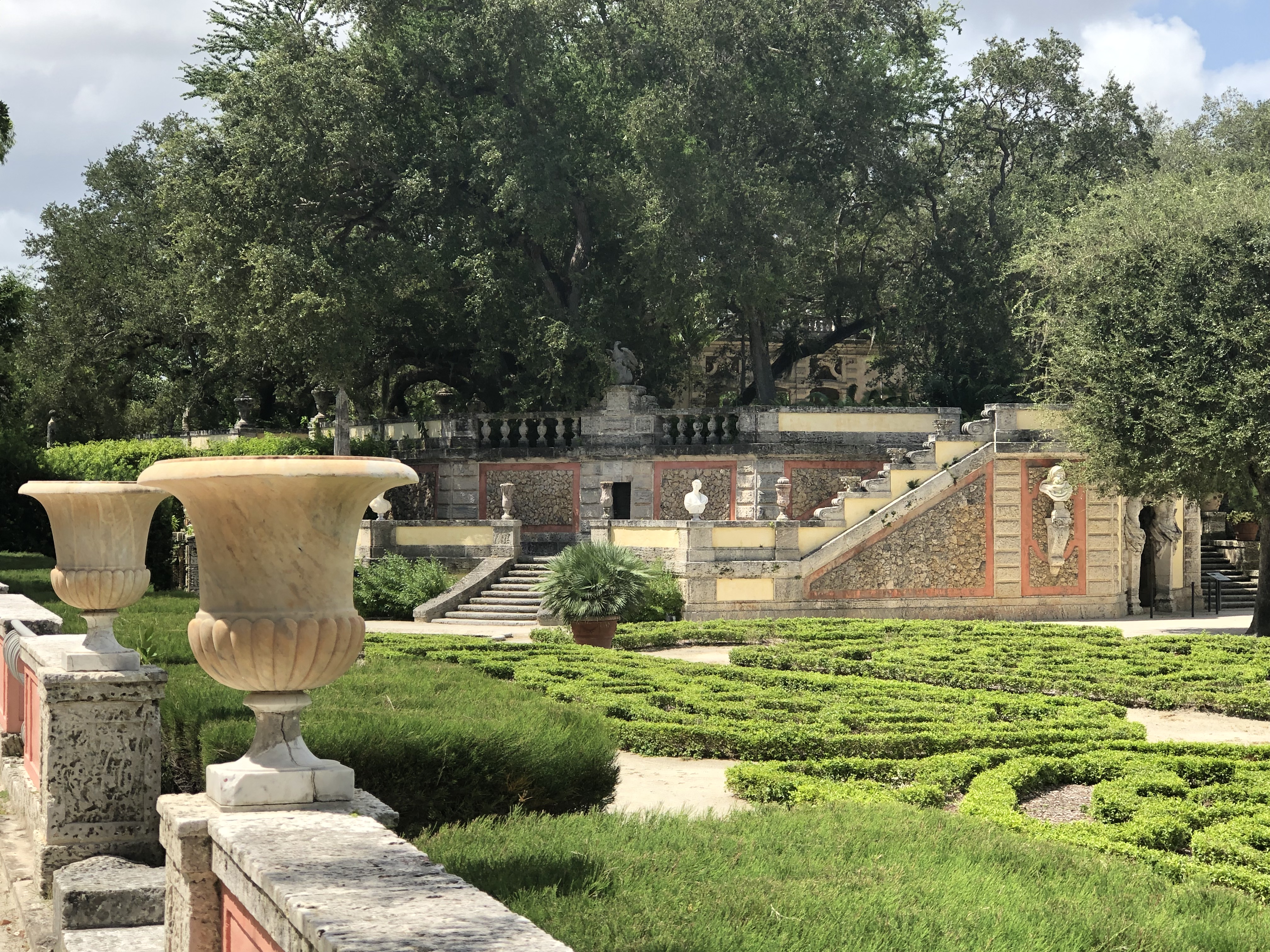 Construction began in 1914 and continued until the completion of the gardens in 1923.

Yesterday I took a long stroll down Bayshore Drive and South Miami Avenue. I came on foot and loved entering the estate by way of a hammock tree jungle. 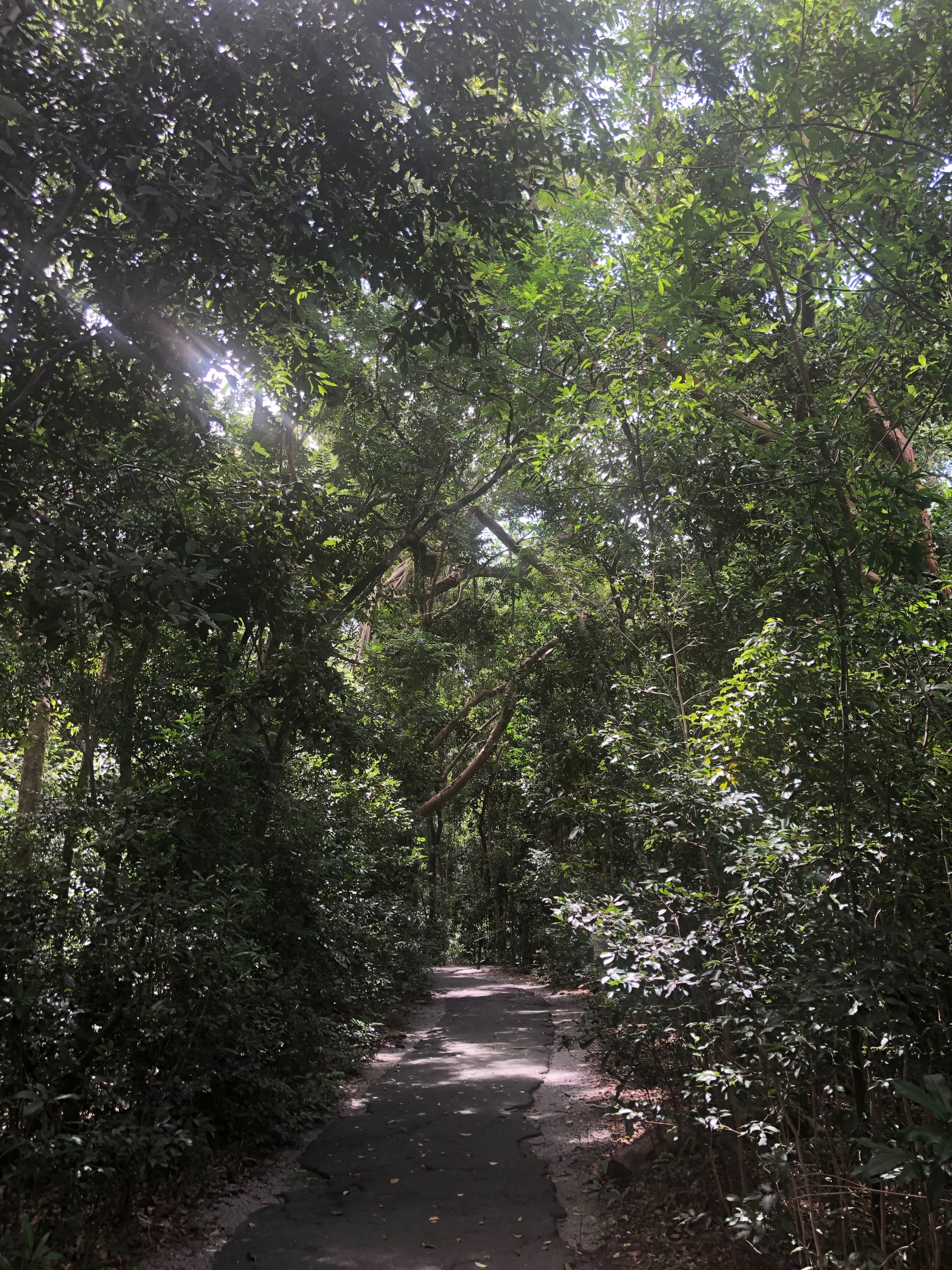 I spent a pleasant morning wandering around villa and grounds.

Vizcaya served as the winter estate of Chicago businessman James Deering (1859-1025). Deering’s father invested in a farm-machine company in the 1870s. James joined his father’s business in 1880. The company eventually merged with another agricultural manufacturer to become International Harvester. By the end of the 19th century, the Deerings were one of the wealthiest families in the country.

In addition to Vizcaya, Deering owned properties in Chicago, New York City, and Paris, France. The areal rendition of the grounds of his Miami estate gives you an idea of its original magnificence. 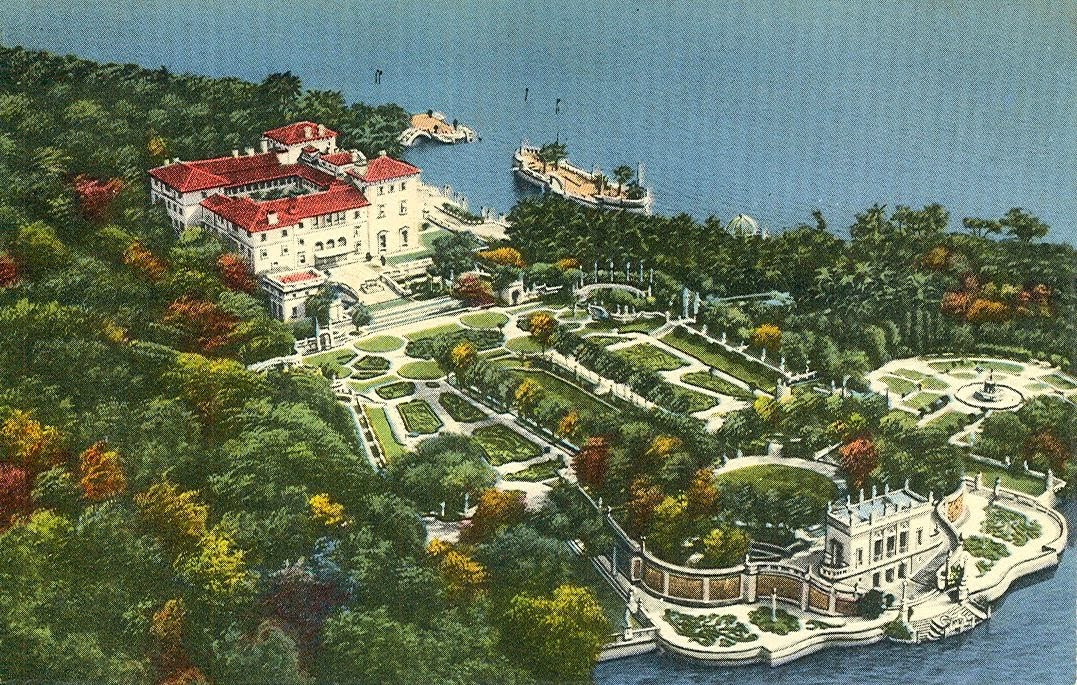 With Venice as inspiration, the front of the villa faces the water. And guests arrived by boat in order to be properly impressed. The first structure they would encounter is The Barge. It seems to float a good ten yards from the disembarkation point. I can only imagine the partying such a structure and setting would invite. 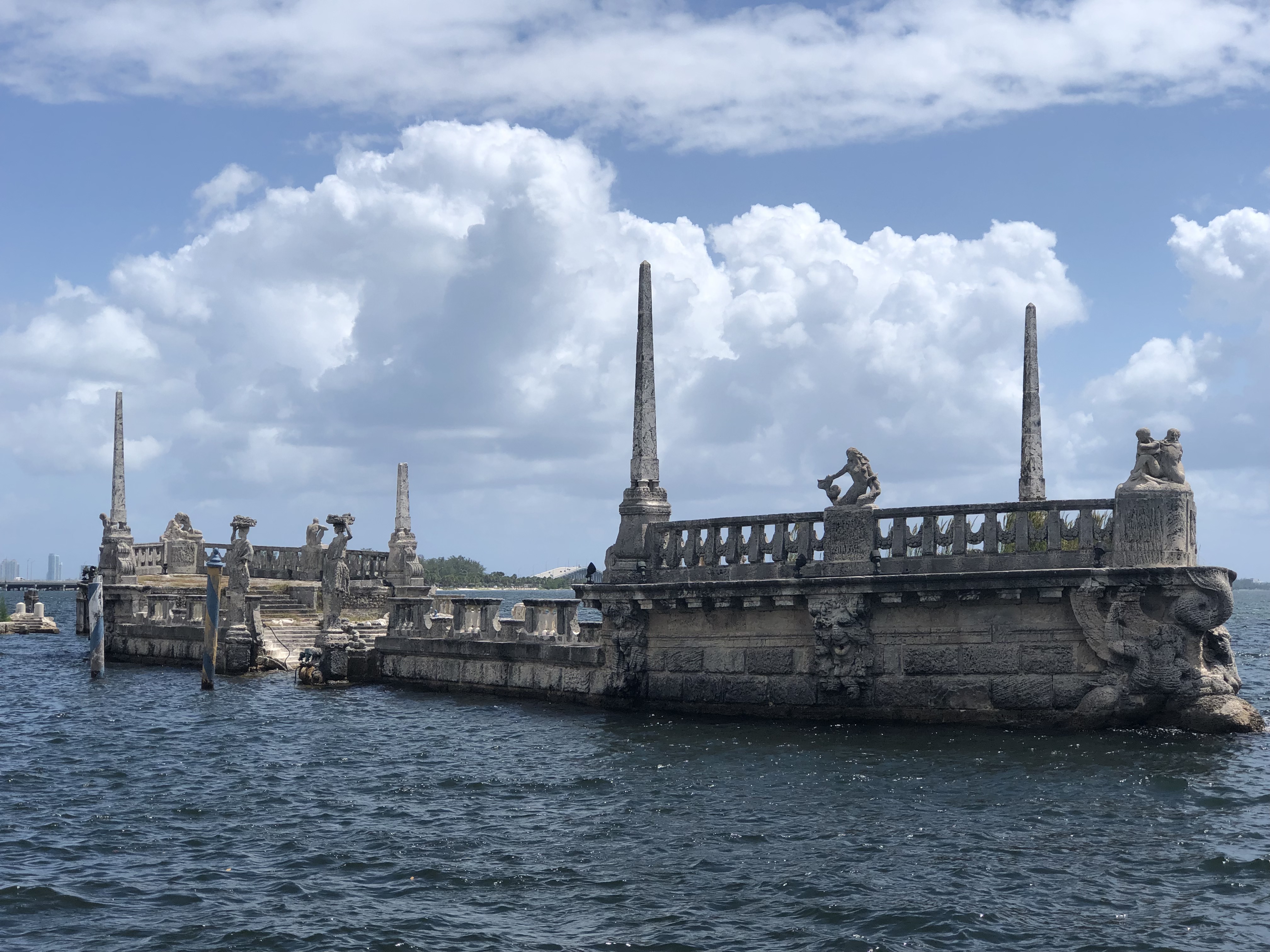 A more sober-minded guest could get a good view of the debauchery from the Tea House: 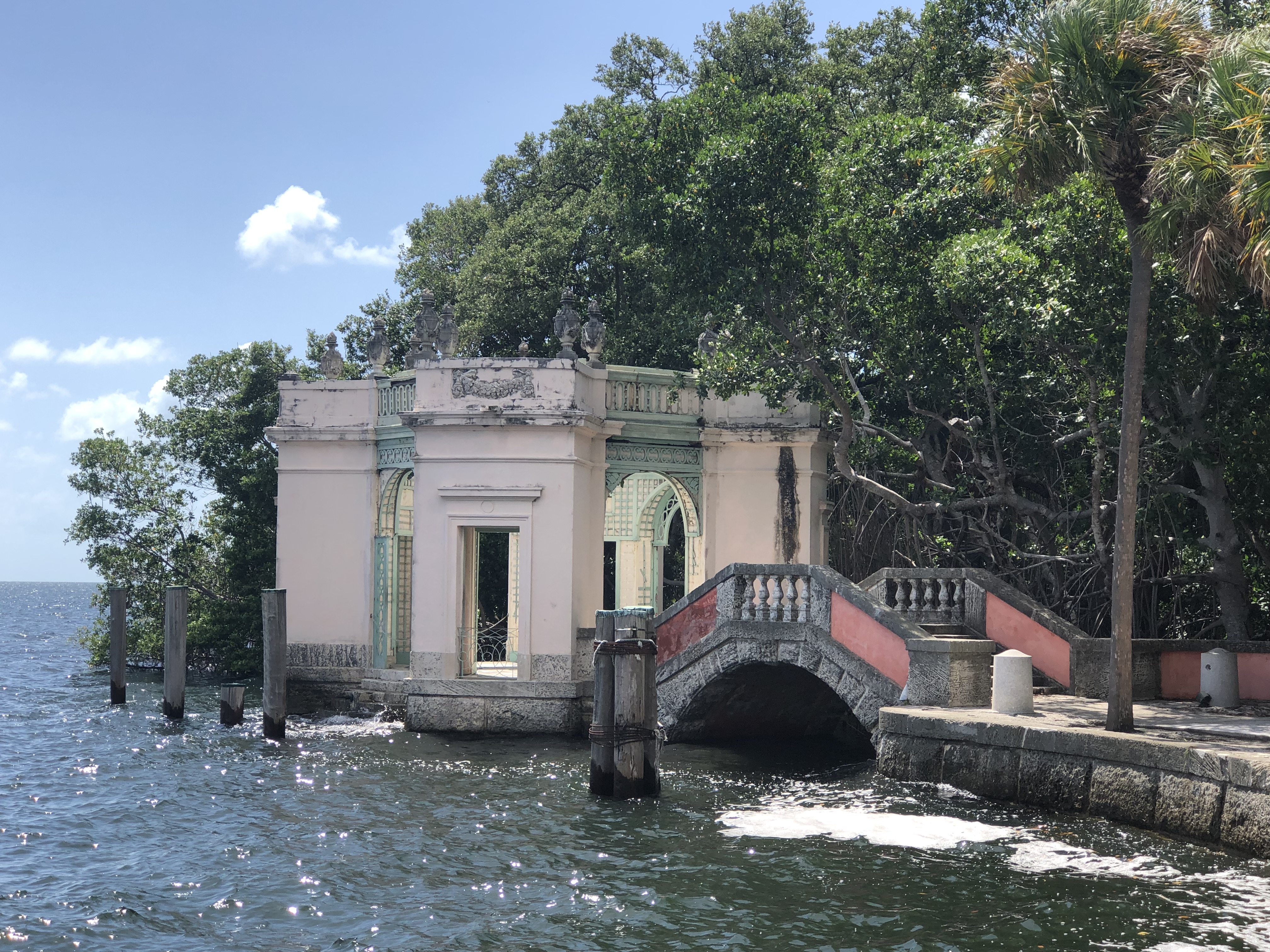 Clearly in need of some repair

I can also imagine the thrilling trysts that took place in any number of garden nooks. Plenty of opportunity here: 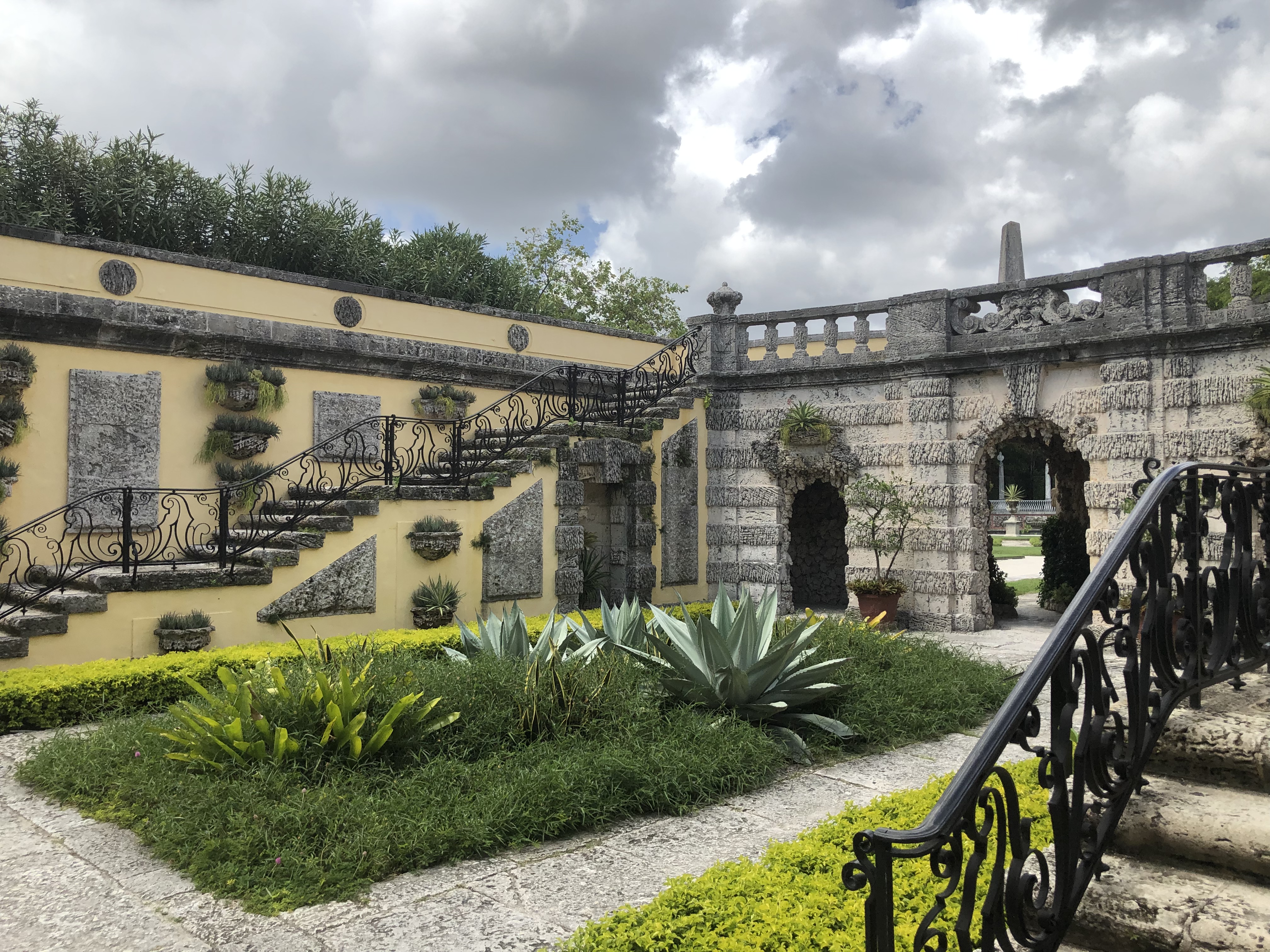 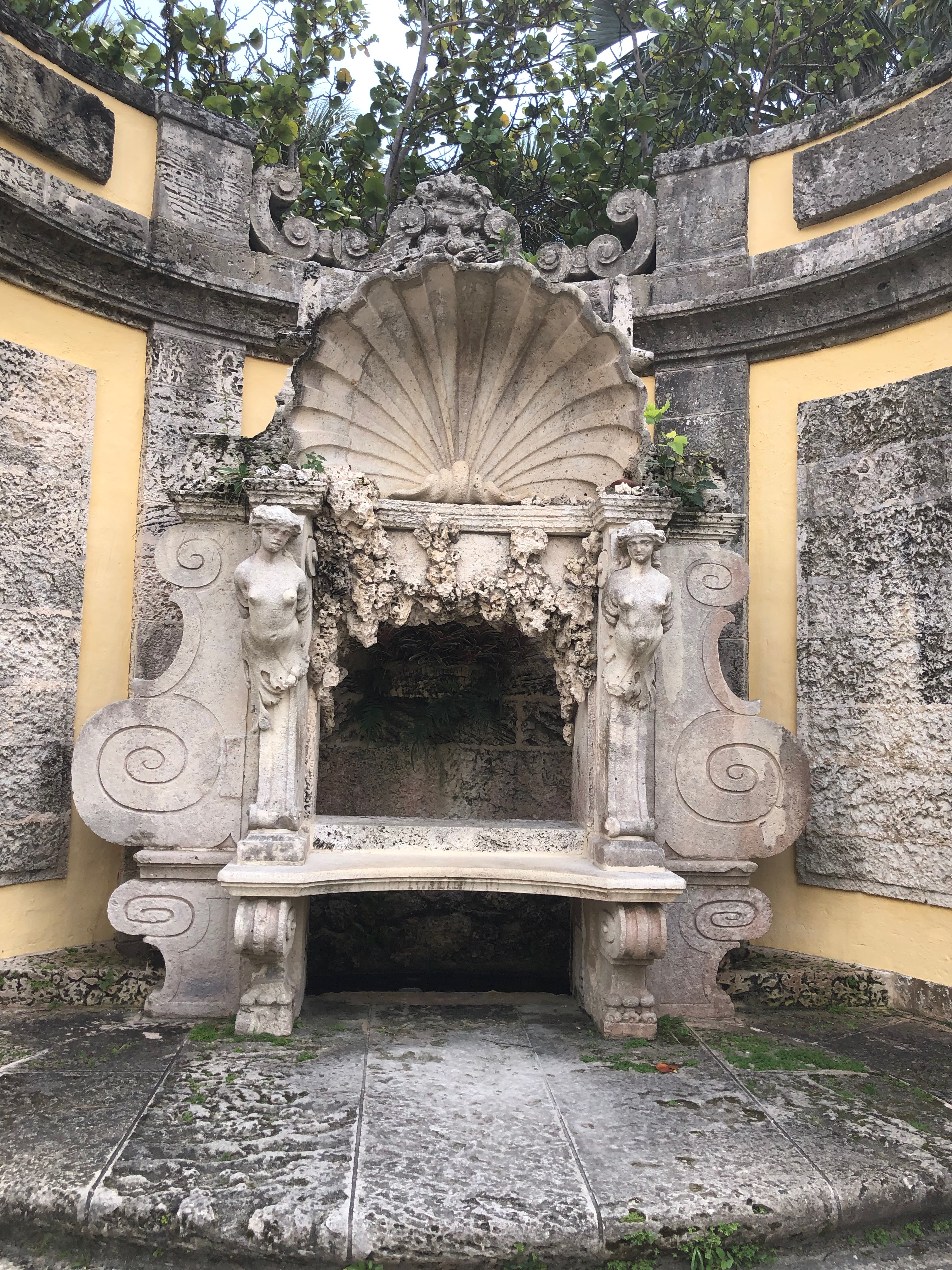 Hey, I’m a romance writer. What else am I supposed to think?

And if you’re going to build a Casino, you have got to expect that fortunes will change hands at the roll of the dice: 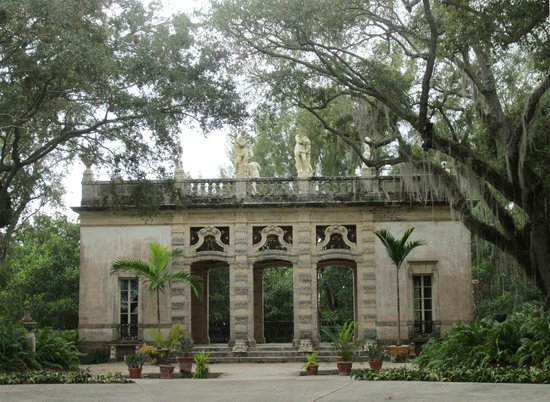 The estate became the Vizcaya Museum & Gardens in 1952. The Roaring Twenties extravagance and hanky-panky are over. However, galas and weddings are still on the agenda. Of the original 180 acres (73 hectares) about 50 acres (20 hectares) remain.

No pictures are allowed inside the main house. And I respected the stricture. So I’ve pulled off the internet images of the two main attractions. One, the enormous central Courtyard: 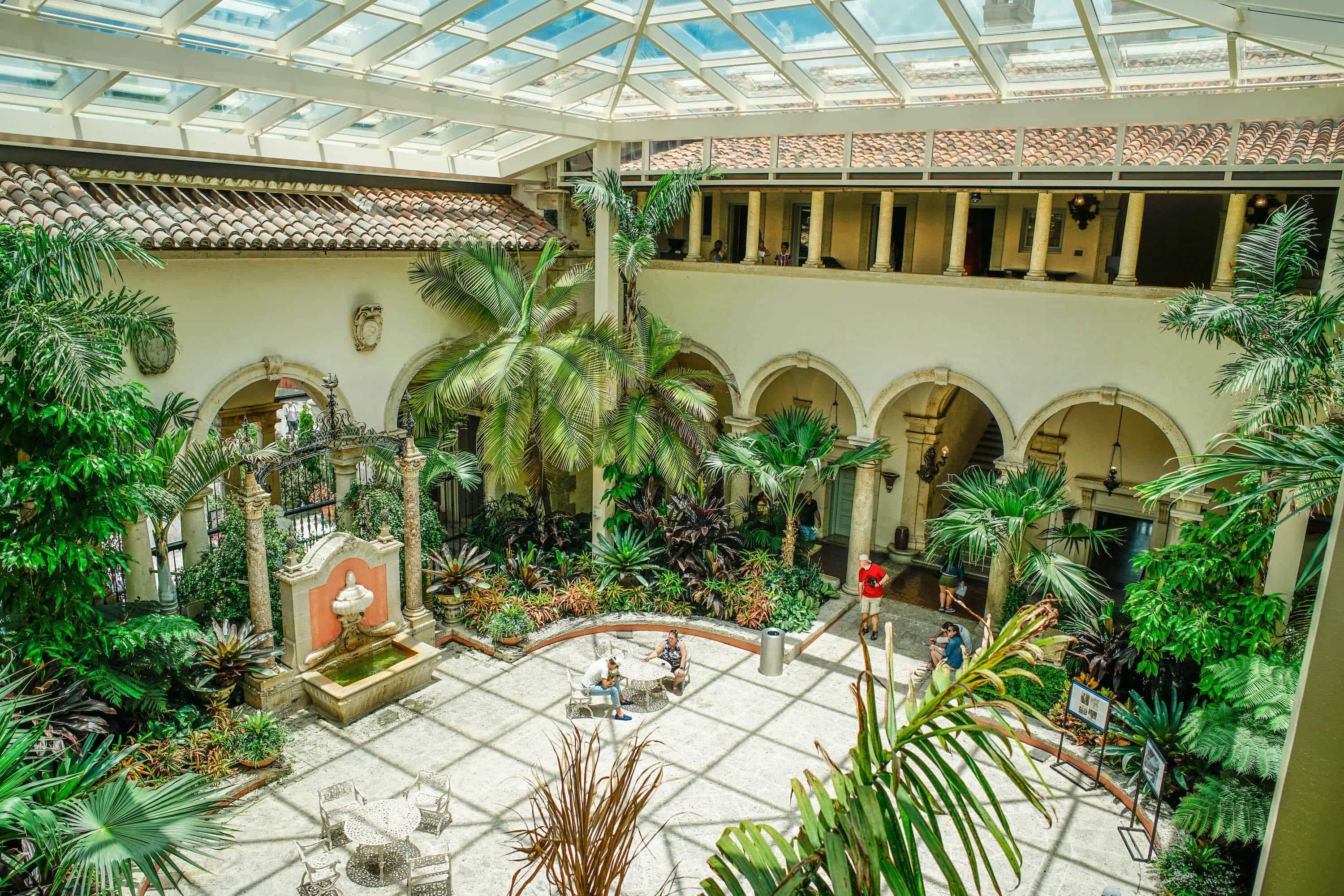 Two, the Enclosed Loggia – that does not look big enough for a ball. But here it is: 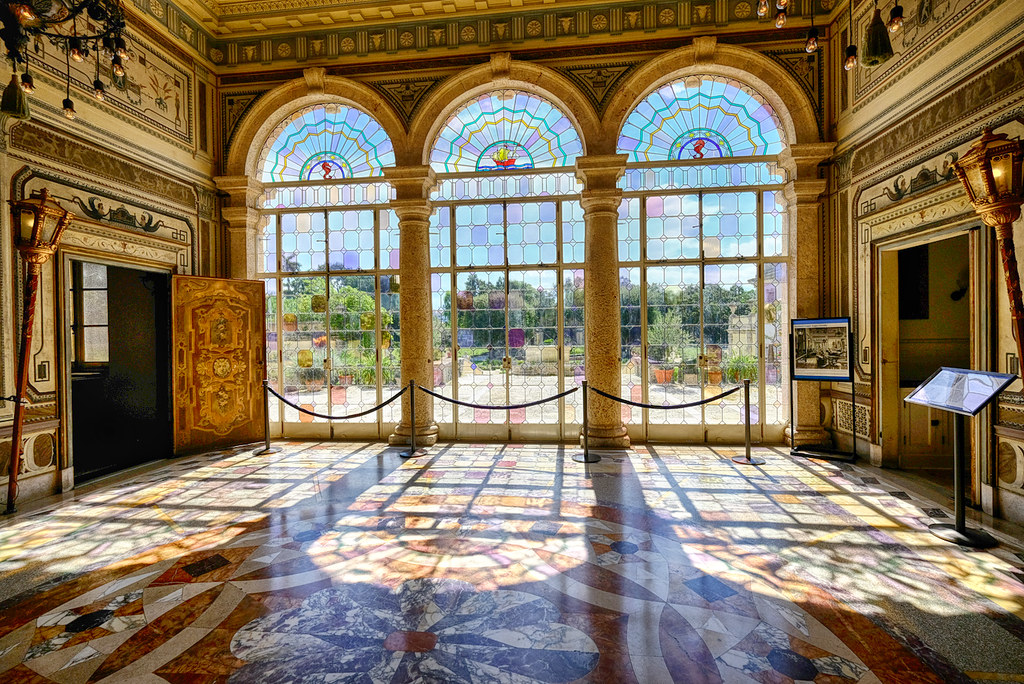 For the rest, you can take a virtual tour.

I visited on a picture-perfect day: 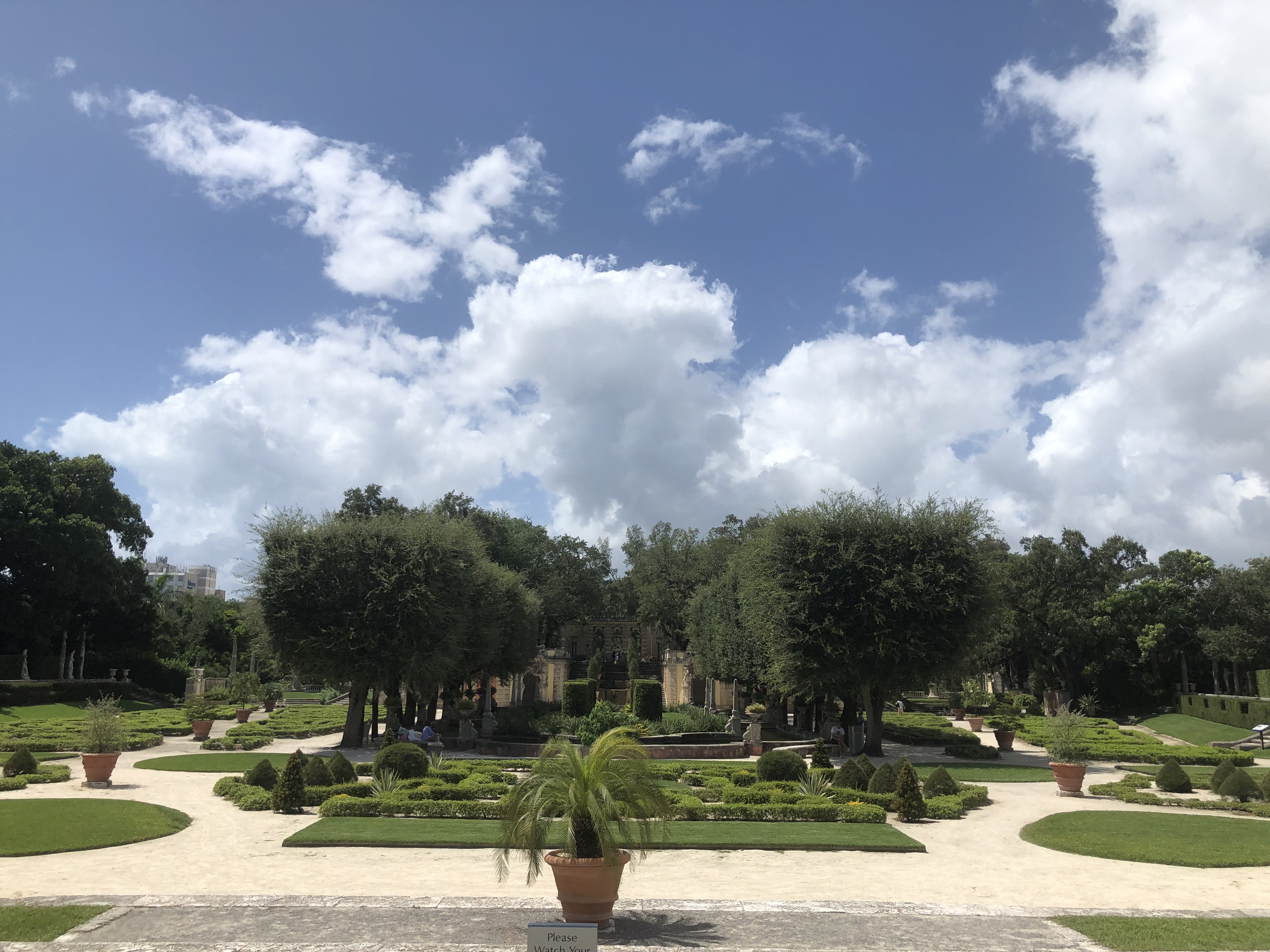 I’ll leave you with a perfect Miami glam shot: 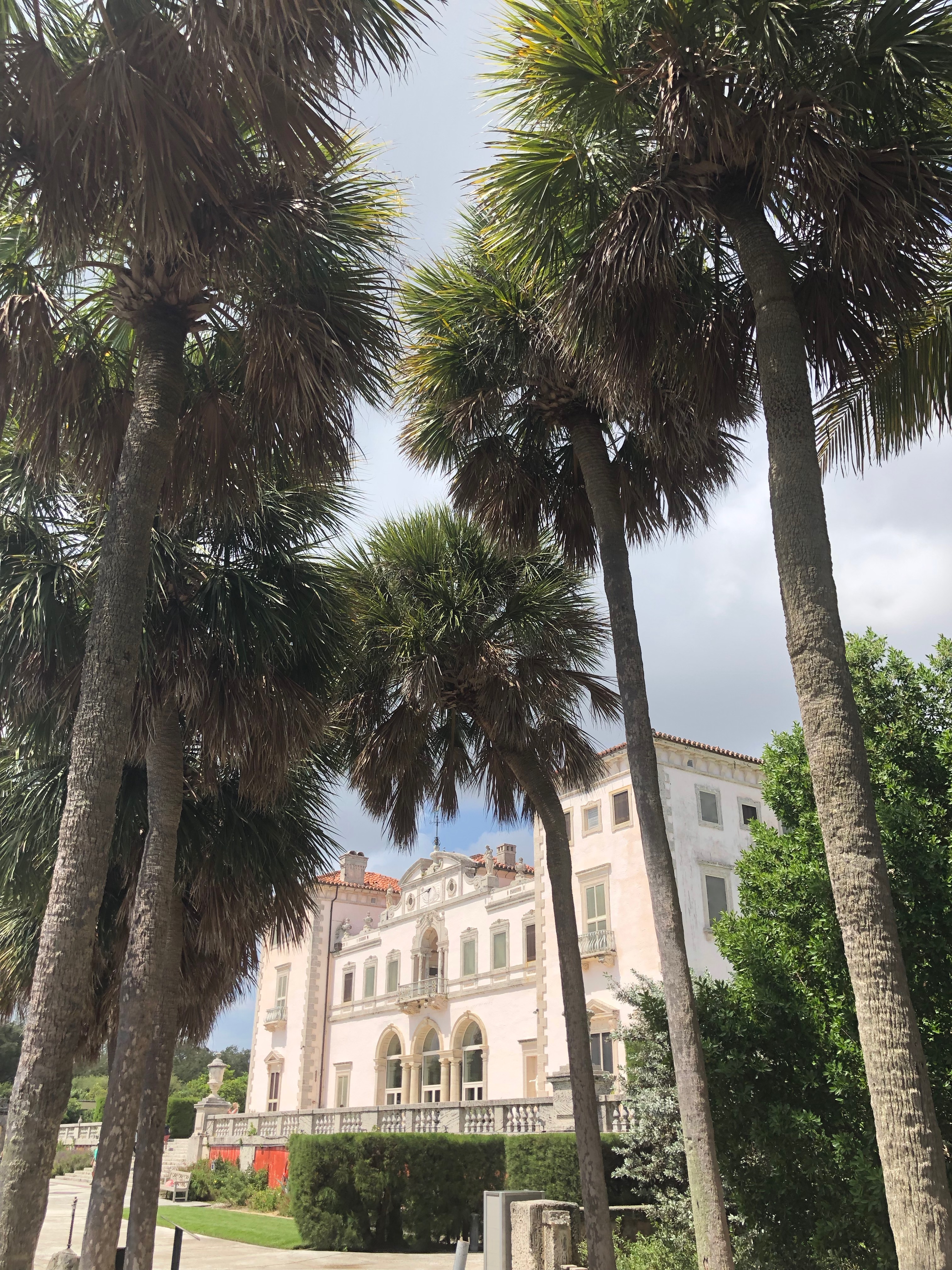