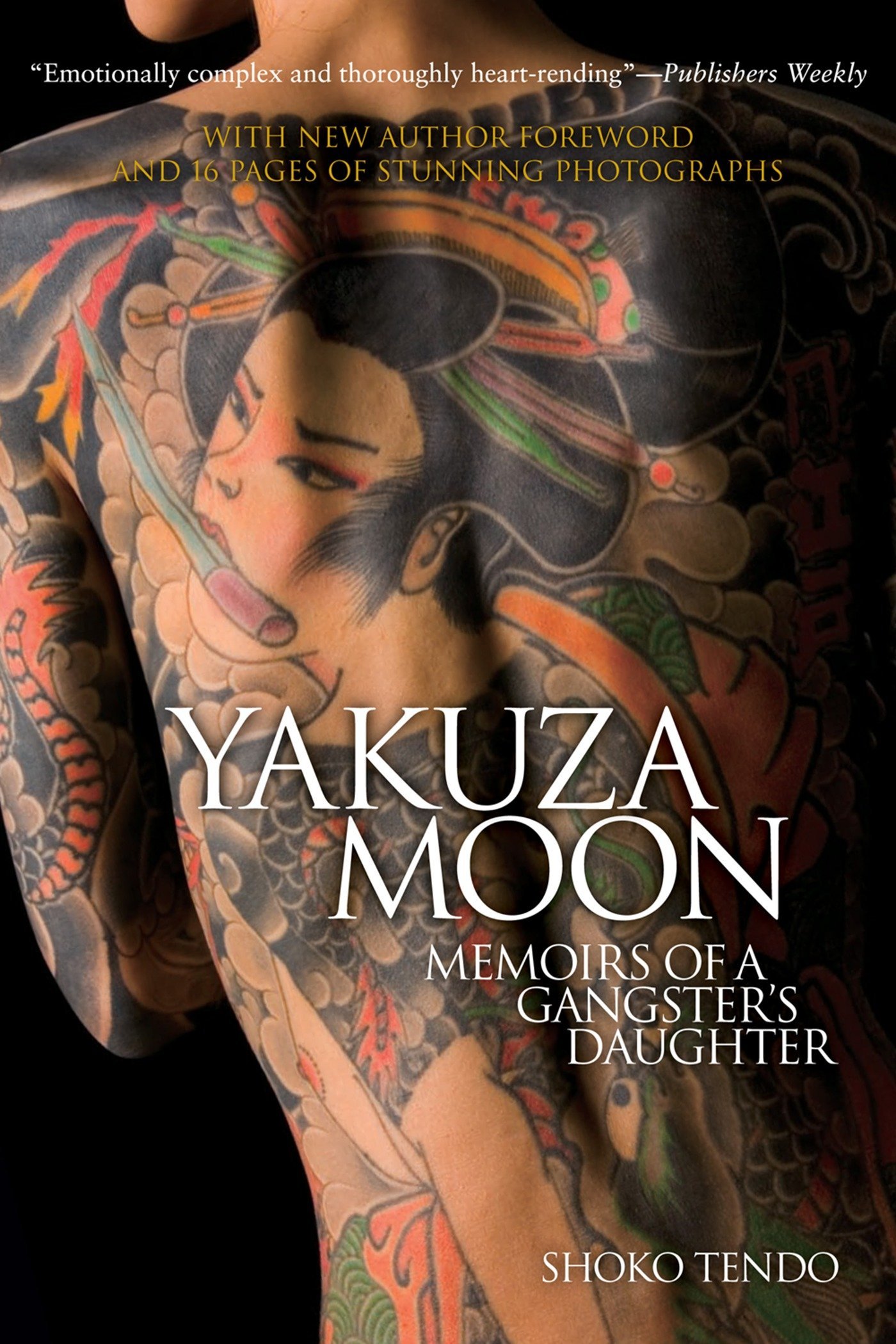 Wealth Whispers is Book III in my shapeshifter series. It will be out in December. In the meantime I want to share with you some of the fun I had putting the story together. I begin with my Yakuza research.

They are Japanese gangsters. The word refers either to one or all groups as a whole. Or to an individual member of a gang.

Wealth Whispers is set in California and Japan. In Book II of the shapeshifter series, Money for Nothing, a member of a yakuza makes a brief – but significant – appearance. So, I had anticipated a role for these bad guys all along.

I began with the harrowing and gripping memoir, Yakuza Moon: Confessions of a Gangster’s Daughter (2010 – see title image). I can’t say it was enjoyable reading, because the author, Shoko Tendo, has suffered a lot of abuse. However, she seems to be on a good path now.

A more enjoyable read is Confessions of Yakuza (1989) by Junichi Saga. Most probably because the story is told from the POV of a person at the top of the gangster food chain. Namely, a yakuza boss. (Rather than from the POV of a lowly girl – never mind that she’s a boss’s daughter.) It also happens to be fiction, so perhaps prettied up (although graphic stuff happens). 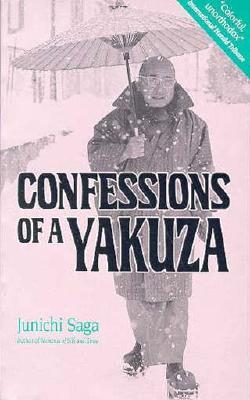 Saga’s narrator is a doctor to whom an aging yakuza boss tells his life story. Most of the action precedes World War II and paints a picture of the time when rickshaws were still in use, as were the wearing of kimonos. And everything connected to traditional Japanese life. So, as I say: enjoyable, colorful and nostalgic. 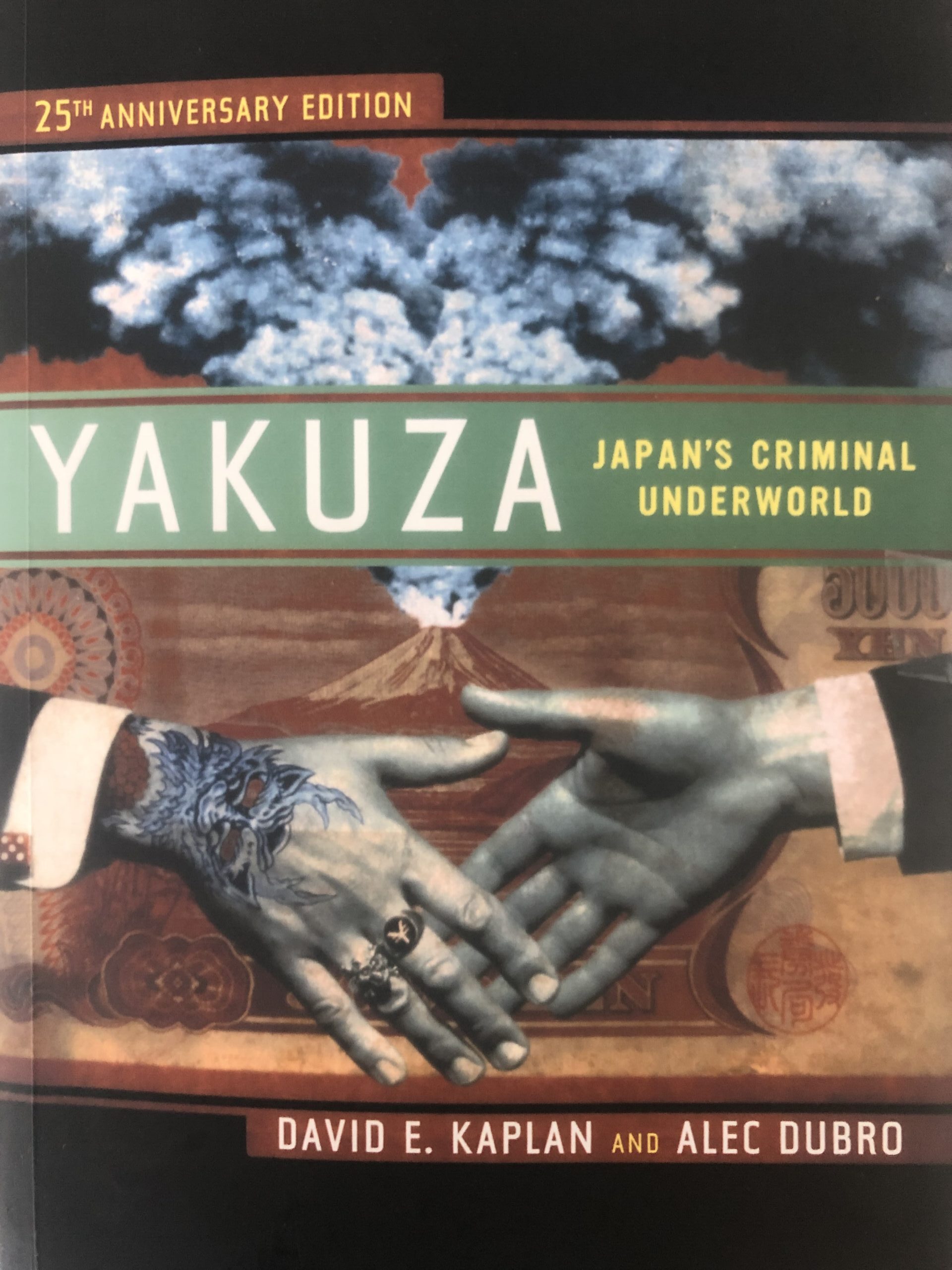 Kaplan and Dubro open their account thusly: “If you want the yakuza stuff taken seriously, the man from justice said, start by getting rid of those stories about tattoos and missing fingers.”

That was the message from Washington, DC to a federal prosecutor trying to deal with the Japanese criminal element that had invaded Hawaii in the 1970s.

Back then no one outside of Japan had any idea about these groups. And their cultural practices were so exotic as to seem unbelievable.

First the back tattoos. ‘Elaborate’ describes them. An example is on  the book cover in the title image.

Second … what’s with the missing fingers?

Yubitsume is the ritual act within a gang of slicing off the tip of the little finger to atone for a mistake. The tip gets put in a white napkin and given to the boss who stores it in a jar with alcohol. If the member commits another mistake, he can either go down another joint on the little finger. Or he can choose a new finger tip to lop off.

Yakuza Research: No End in Sight

Since the 1970s the yakuza have figured in endless movies, novels and comic books. Even Miami Vice had an episode devoted to it back in 1987.

More recently is the 2019 BBC series Giri/Haji (Duty/Shame – now on Netflix). In one scene with the boss, when a little wooden cutting board is whipped out along with a white napkin and a knife, I knew enough to look away. Yikes.

The most recent fictionalization I’ve come across is Yakuza Princess (August, 2021). It’s set in São Paolo. Sure. Why not?

Note: my story is not a yakuza story. It’s a shapeshifter story, specifically werebears. No matter how minor a role any culture element plays in one of my stores, I do my research. And always have a grand time doing so. 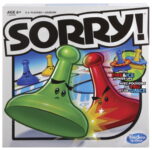