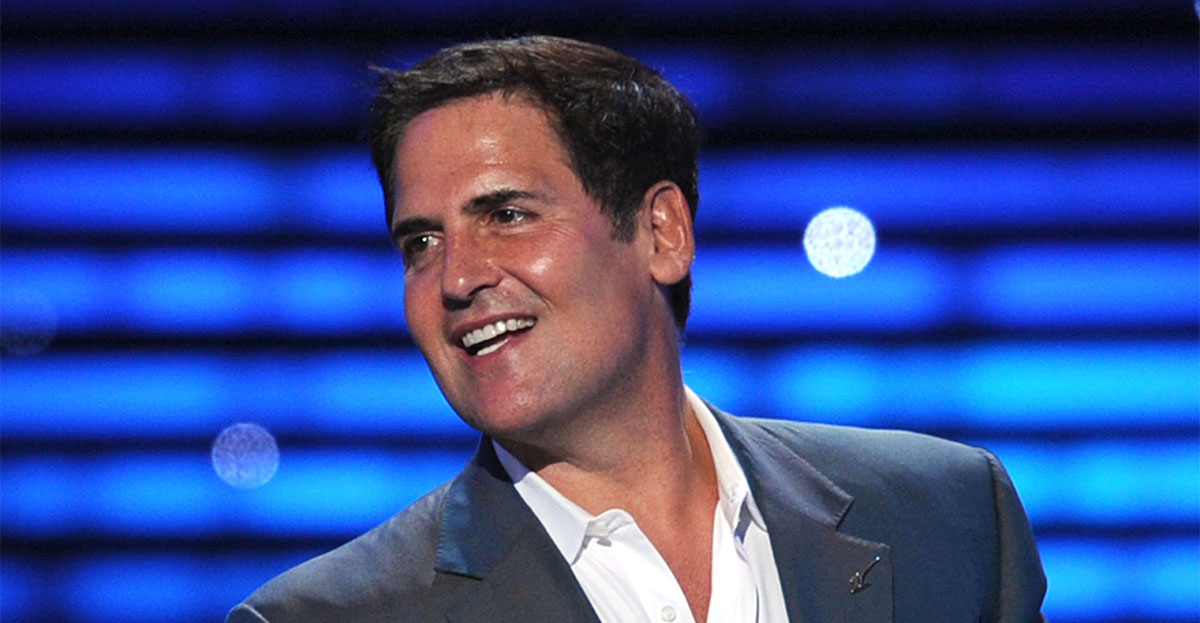 The current romance hero “it” guys are billionaires along with their historical romance equivalents, dukes. You put the word ‘billionaire’ or ‘duke’ in your title, and you’re guaranteed to sell X-more books.

Quick, think of some billionaires.

Hm. They aren’t really romance cover worthy (sorry, guys). So I think some more and come up with Mark Cuban. Then I choose him for my title image. Nice!

Don’t worry. I get it. Romances featuring billionaires are fantasies and don’t require the heroes to resemble real-life billionaires. Fifty Shades didn’t start the current taste for mega-wealthy heroes, but it certainly contributed to it. The fact is romance readers want to read about these guys.

But now I’ll quote Mark Cuban from his piece entitled Why You Should Never Listen to Your Customers:

“I’m working with a company that at one point had a product that was not only best in its class, but also technically far ahead of its competition. It created a better way of offering its service, and customers loved it and paid for it.

“Then it made a fatal mistake. It asked its customers what features they wanted to see in the product, and they delivered on those features. Unfortunately for this company, its competitors didn’t ask customers what they wanted. Instead, they had a vision of ways that business could be done differently and, as a result, better. Customers didn’t really see the value or need until they saw the new product. When they tried it, they loved it.”

Cuban’s field is tech, and his point is that people who use a product aren’t necessarily the ones who know how to improve it.

Applying This Thinking To Romance

Can we apply the same thinking to romance writers and readers?

Highly successful romance writer Jayne Ann Krentz would think so. She noted years ago that editors are not the creative ones. Writers are. She made her comment at the time when New York editors were the ones who decided what would go out in the marketplace. These editors did – and still do – have to be responsive to existing trends and spot new ones. However, they never did – and still don’t – create them.

Nowadays we writers have multiple platforms for bypassing New York, if we so choose, and for communicating directly with our readers who tell us what they want. Apparently a lot of them want stories about billionaires and dukes.

Where do you, the writer, the creative one, come in?

My answer: if writing about billionaires and dukes is your sweet spot then by all means write about them.

I know writers who have perfect pitch for the Regency romance. They may branch out into other forms on occasion, but they always come back to the Regency. It’s their sweet spot or, to use the term of creativity guru Julia Cameron, it’s their vein of gold “the territory of experience and possibility that is indelibly theirs.”

If your vein of gold is the Regency, then by all means mine the possibilities of a dashing duke or two or ten.

However, if you’re just following a trend, think ahead, because you know that trends come … and the one for billionaires and dukes will likely go more quickly, if you, the writer, cannot keep the stories fresh.

My vein of gold is not in a given character profile, say a billionaire, or a particular time period, say, the Regency. My writing would be more easily marketed if I had a clear lane and stayed in it. But that’s okay with me. My vein of gold lies in exploring love relationships across time and space and socioeconomic levels in ways that I would like a reader upon finishing a story to say, “I didn’t know I wanted that, but I like it.”

We writers are the ones who create the next thing for our readers to read even if they don’t know they want to read it. We all know the old adage, “If you’re not taking a risk in your writing, you’re probably doing something wrong.” We’re risk-takers. We’re entrepreneurs.