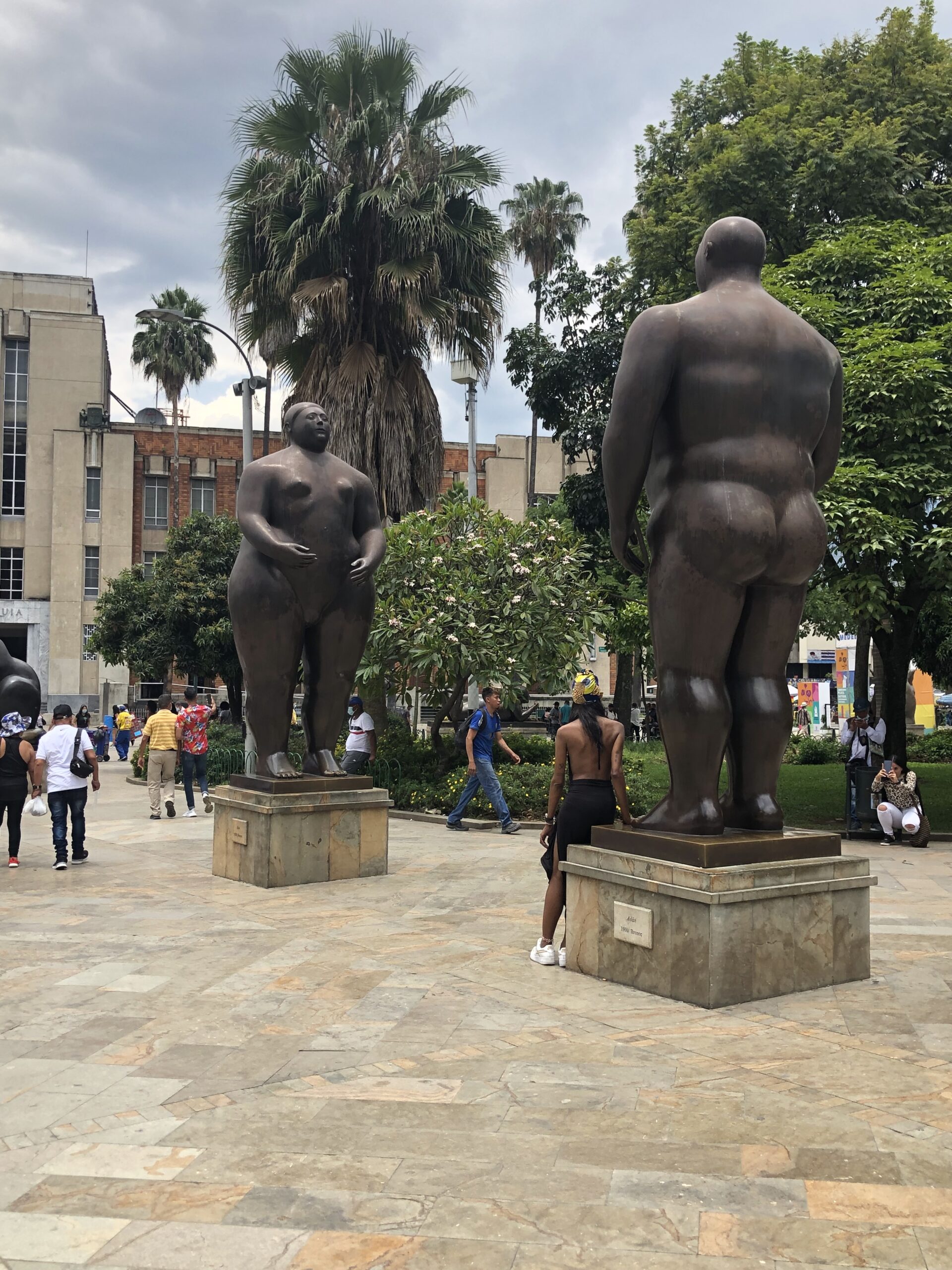 Medellín, Colombia’s favorite son is the painter/sculptor Fernando Botero Angulo (b. 1932). How do I know? When I visited the city last week, his prominence was obvious. The name of the central square is Plaza Botero. And it’s chock full of his statues.

The plaza was also full of people, enjoying taking selfies in front of Botero’s many sculptures. (See title image.)

Here’s a chunk up close: 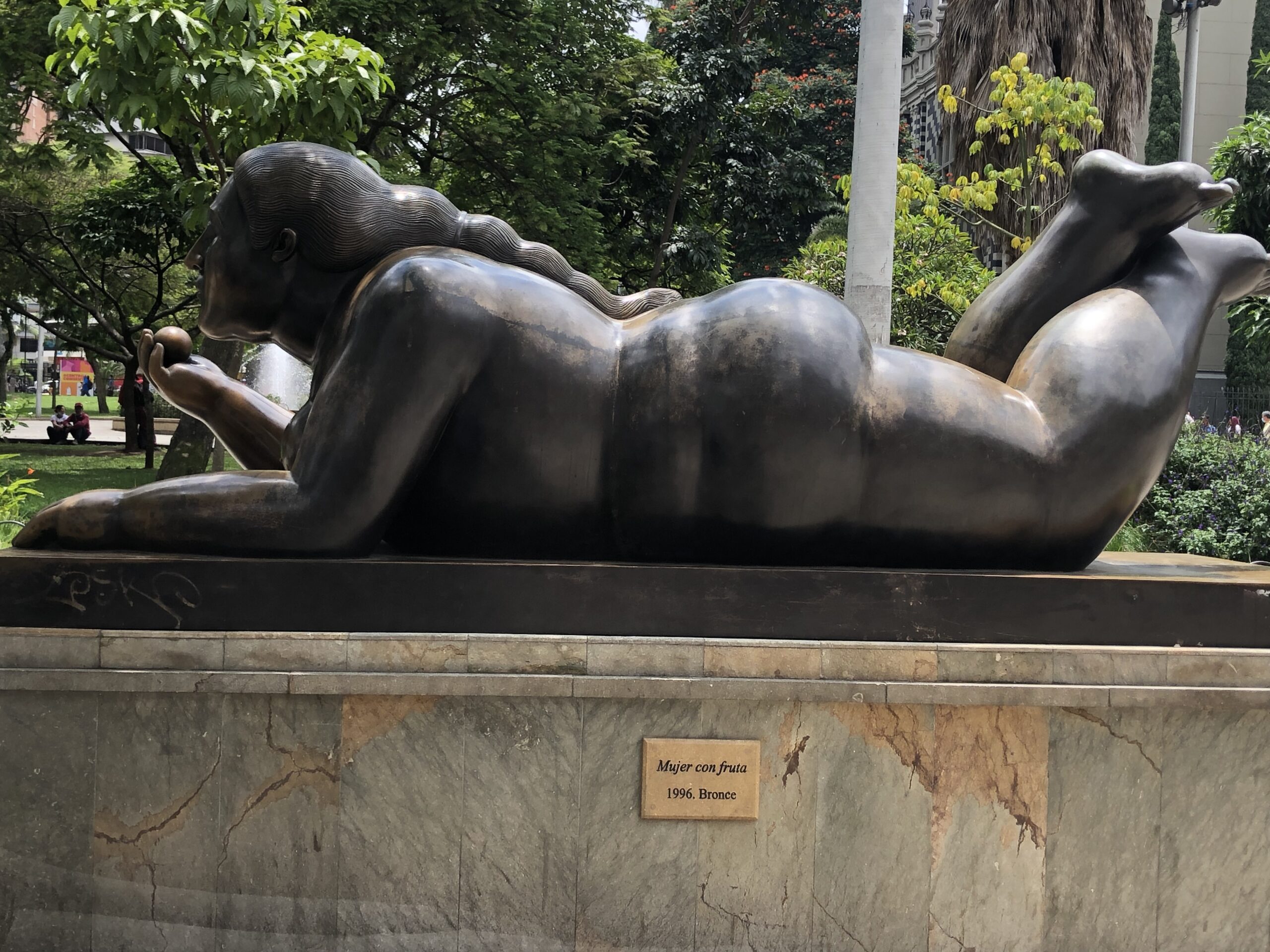 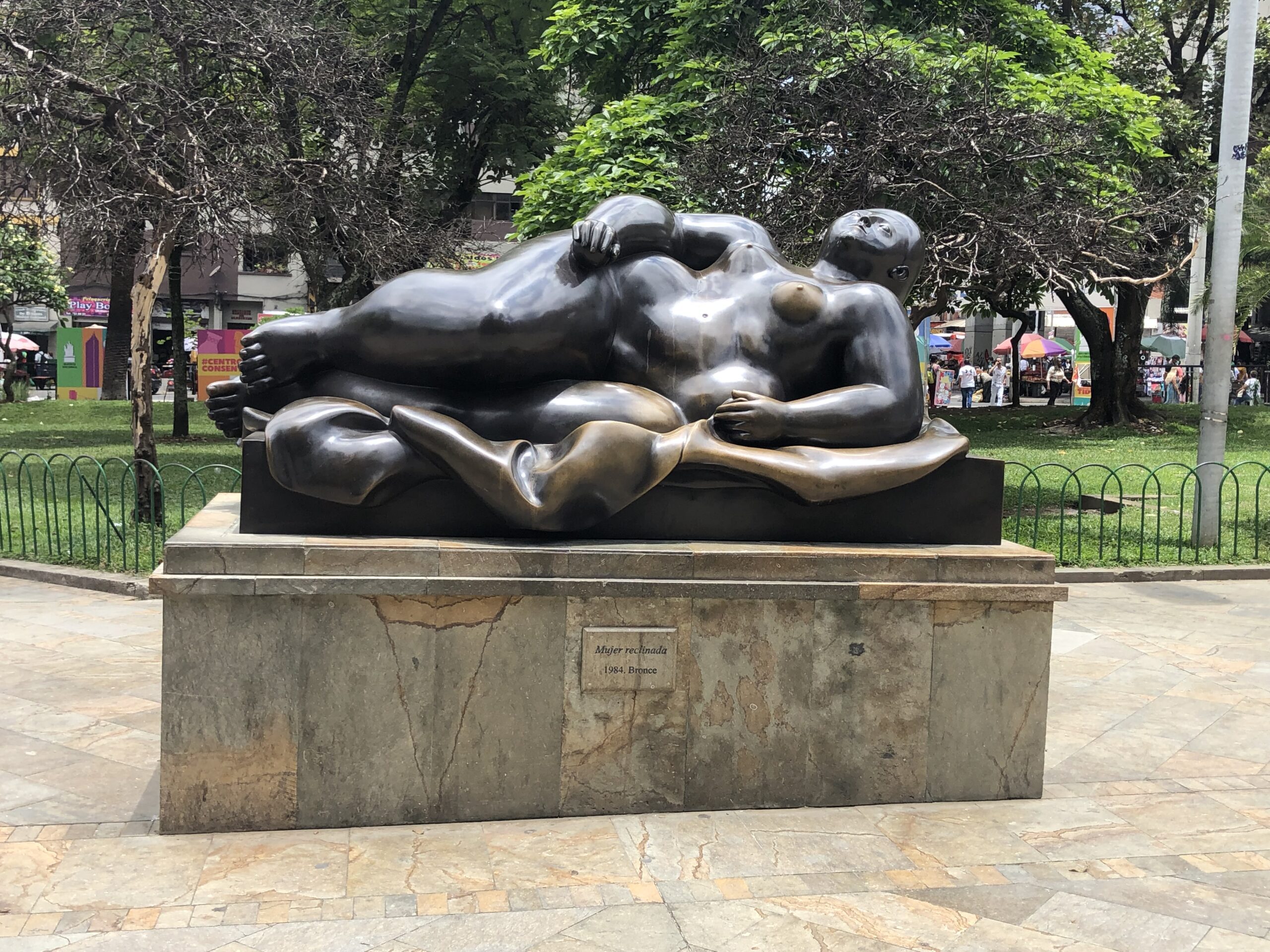 Think he only does humans? Think again: 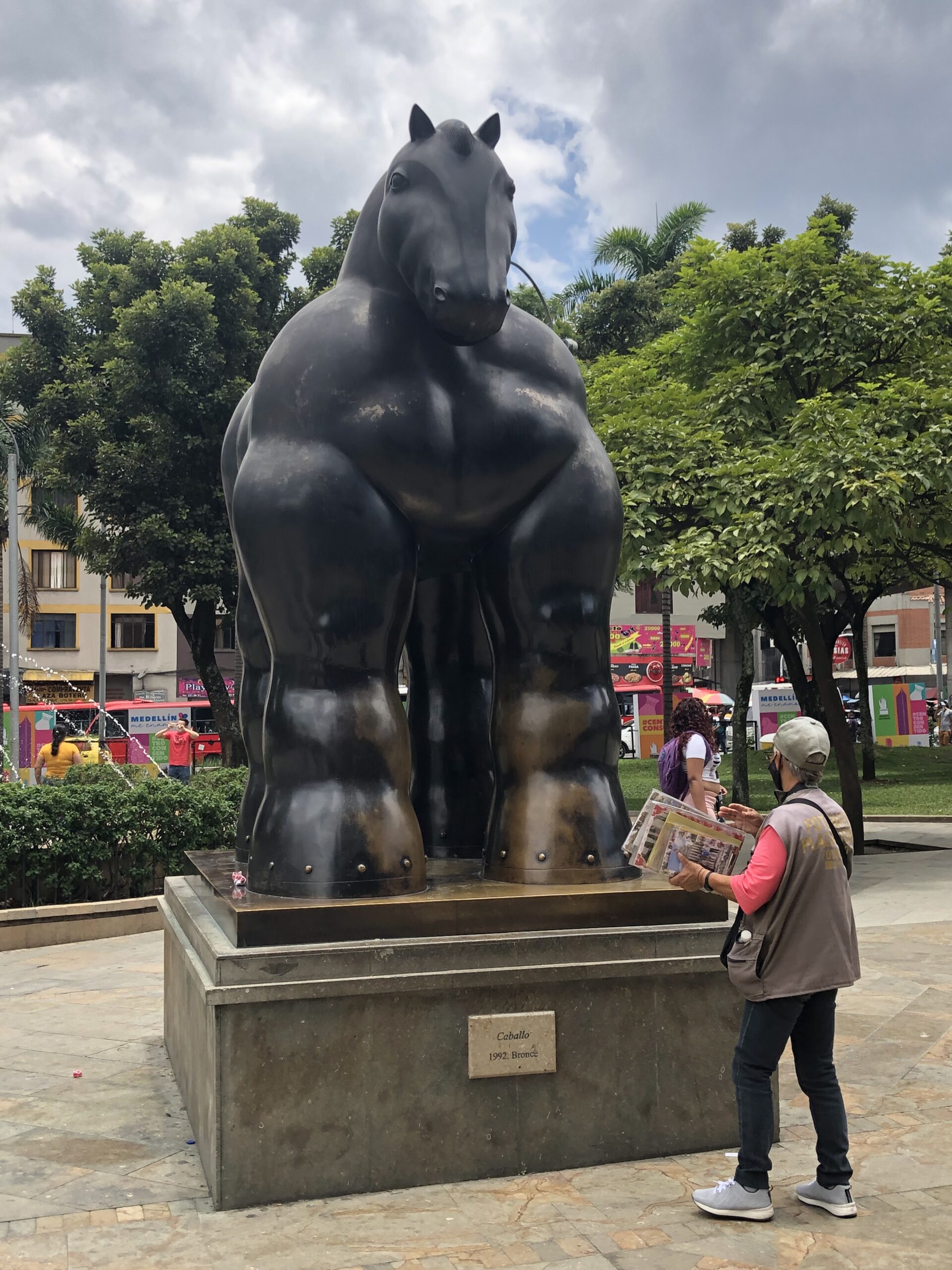 Fernando Botero and the Global Stage

No doubt about it. Botero’s work is 100% recognizable.

What are the words that come to mind to describe it? Pudge. Puff. Chub. Dough. Might we also throw in bulbous, rotund, zaftig, and voluminous.

Anyone  for a body part? 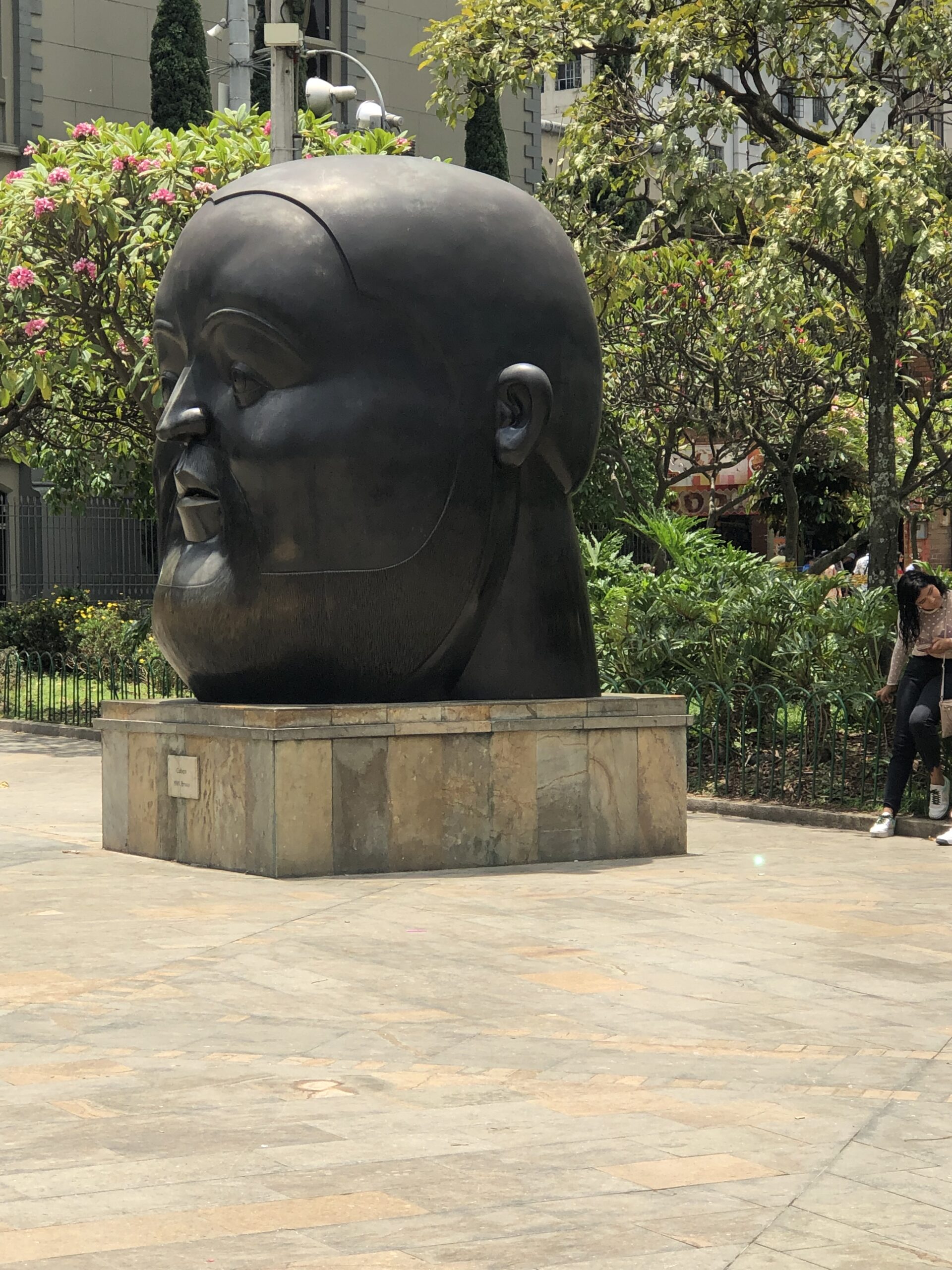 How about a hand? 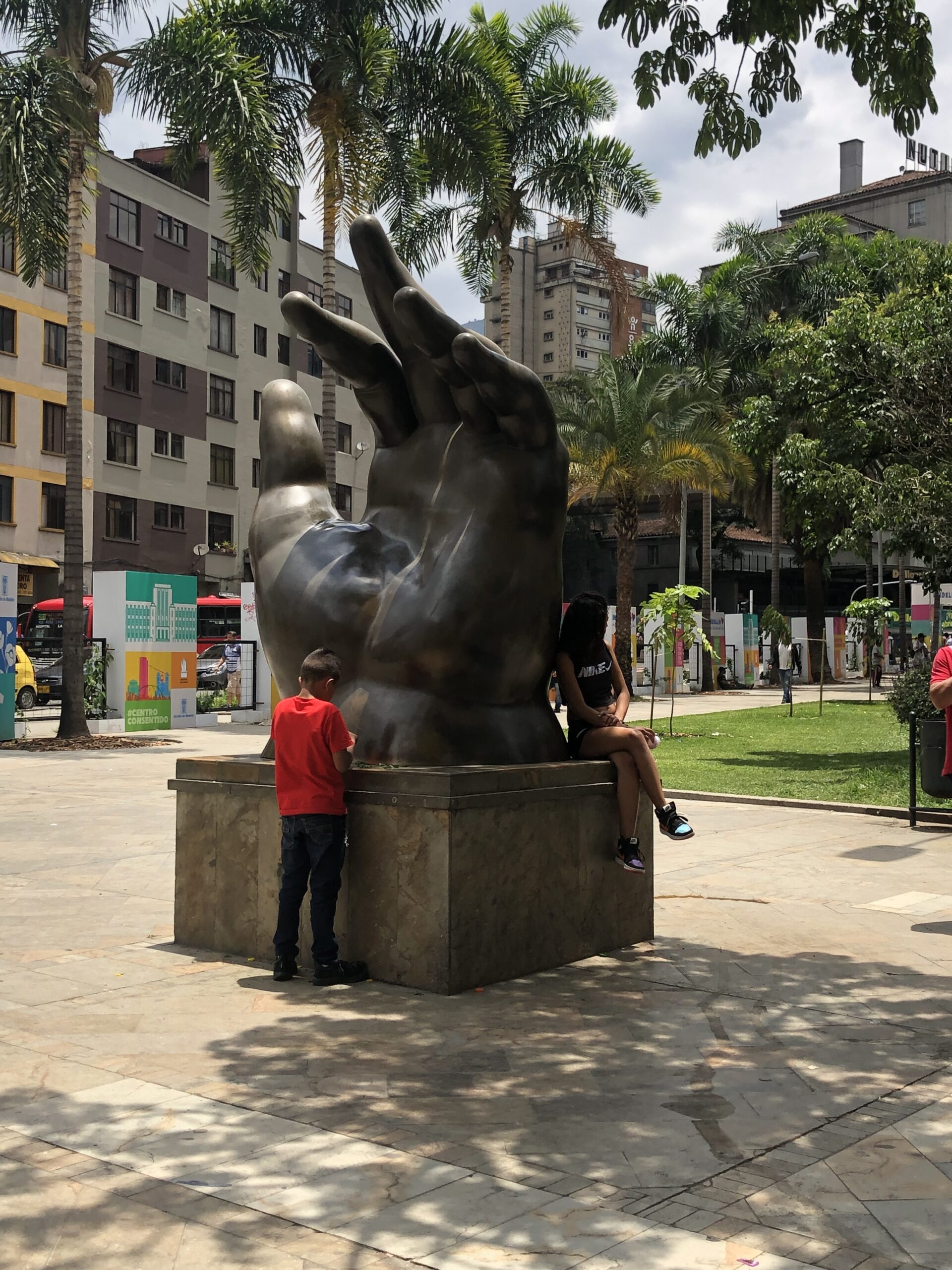 He – apparently – has received both popular acceptance and the cold shoulder from the art world.

His work, however, has found a place in the permanent collection of New York’s Museum of Modern Art. And he has had shows in museums all around the world.

Given the size of his work, he’s an outside kind of artist. Look for his statues on the streets of Paris, Barcelona, Madrid, Jerusalem, Bamberg (Germany) and Yerevan (Armenia).

Having mentioned his outside/outsized work, the inside of the Museo de Antioquia is full of it, too. 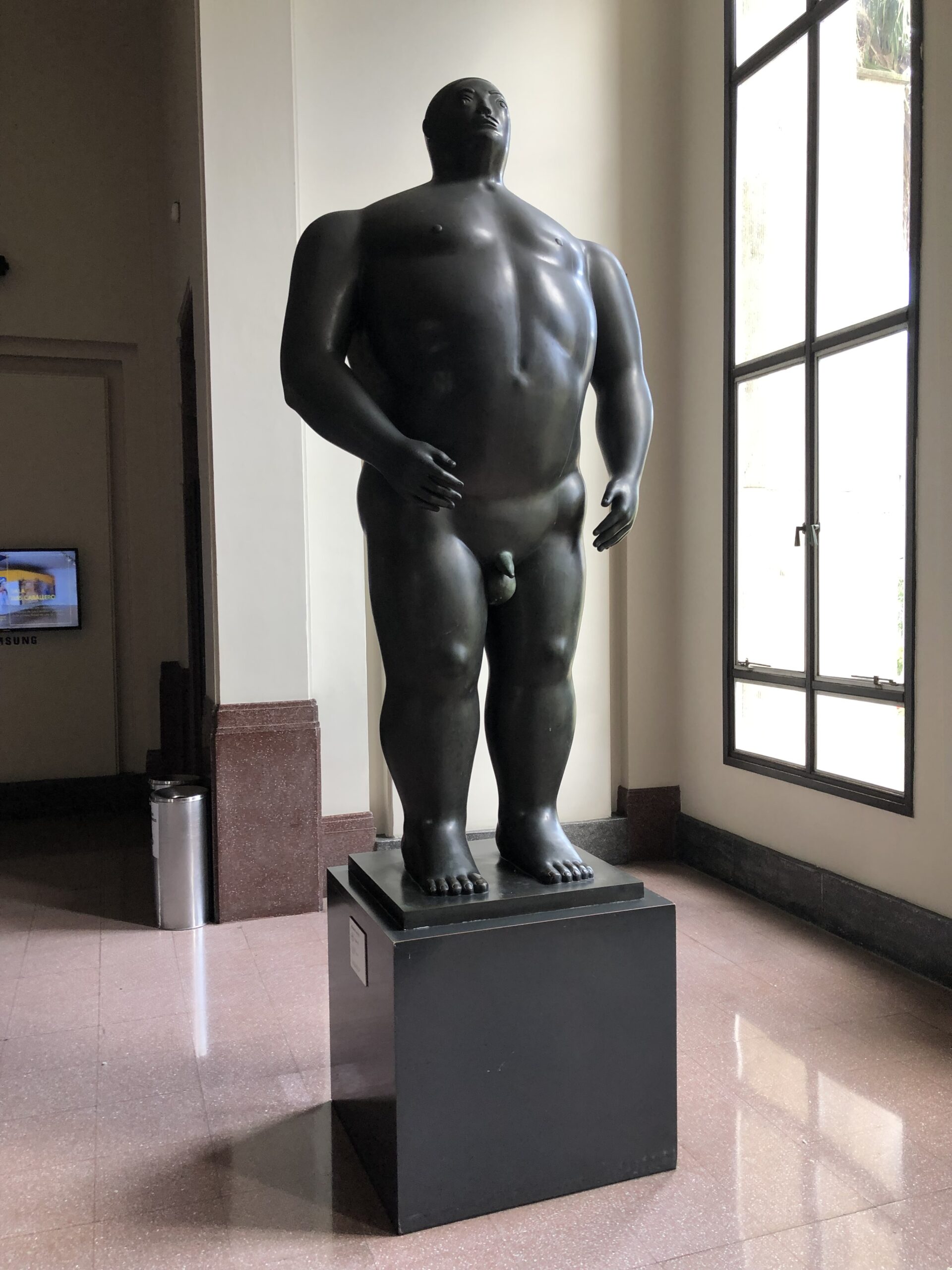 Here’s a view of Plaza Botero from the lobby of the Museo de Antioquia: 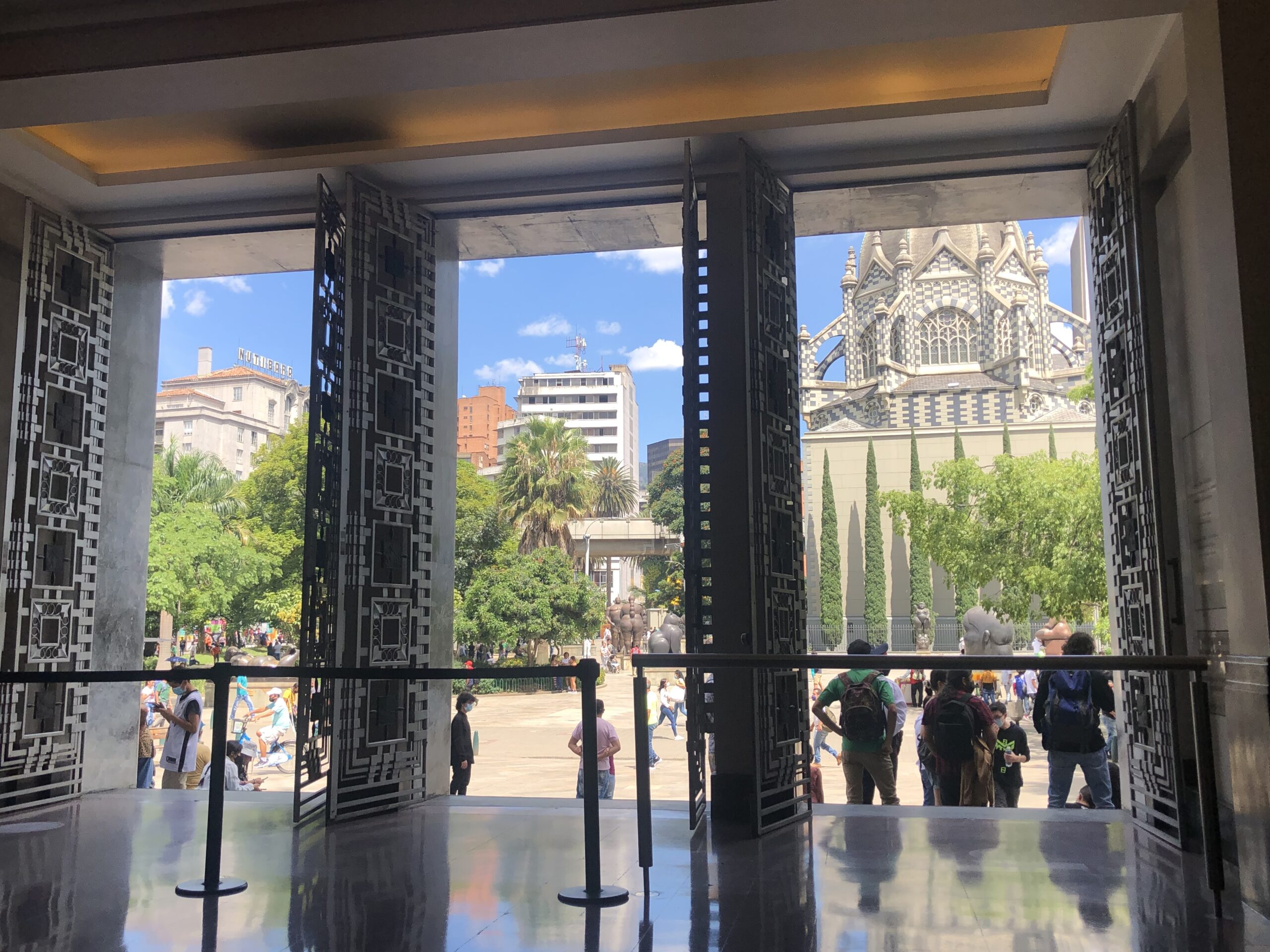 By the way, the museum is an Art Deco delight: spacious, open and airy. 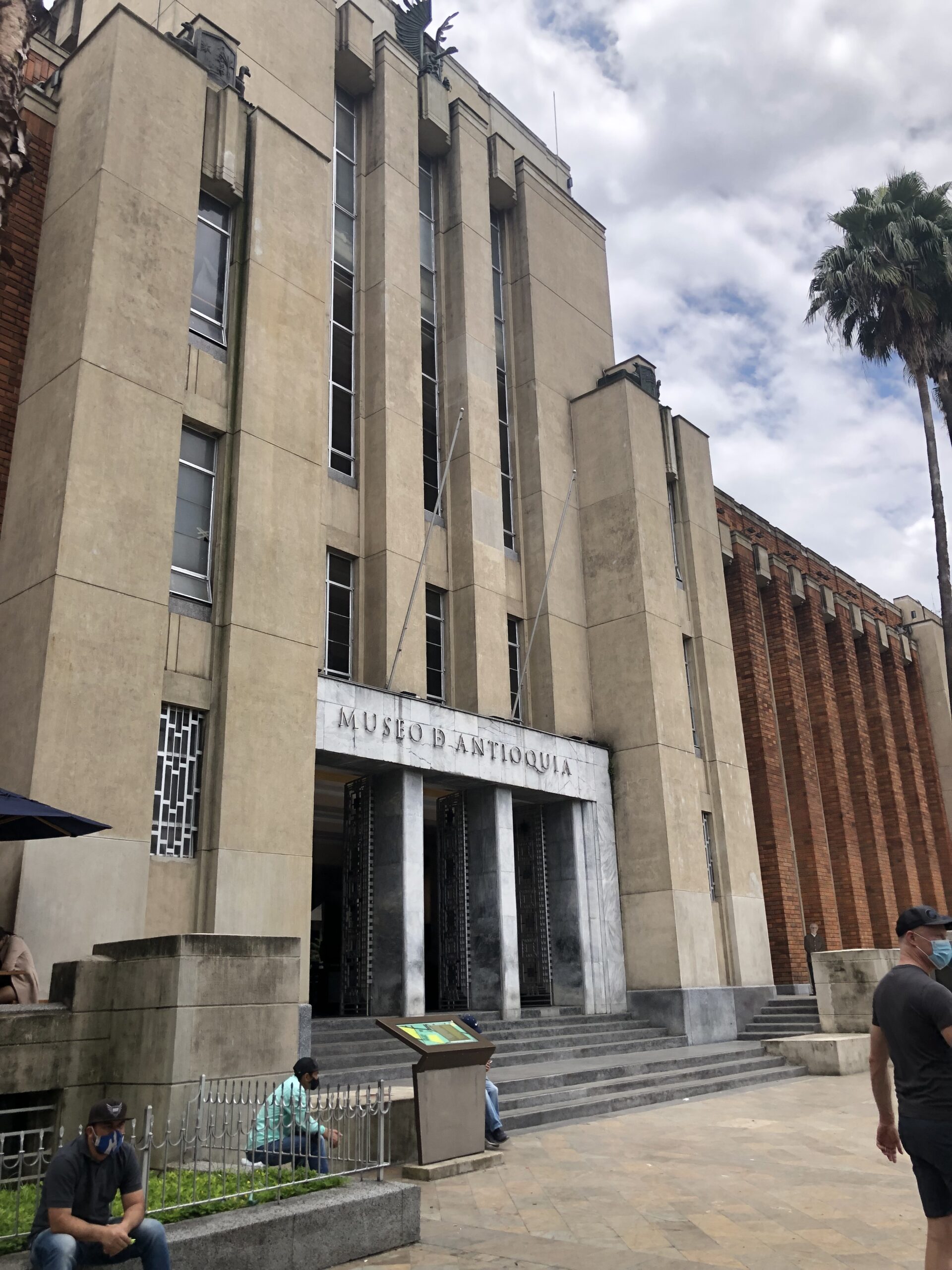 Fernando Botero and Me

Botero should be right down my aesthetic alley. My taste runs to Renaissance beauties.

In fact, I’ve often thought that my taste for the romance is allied to my taste in painting. Give me flesh, and lots of it. 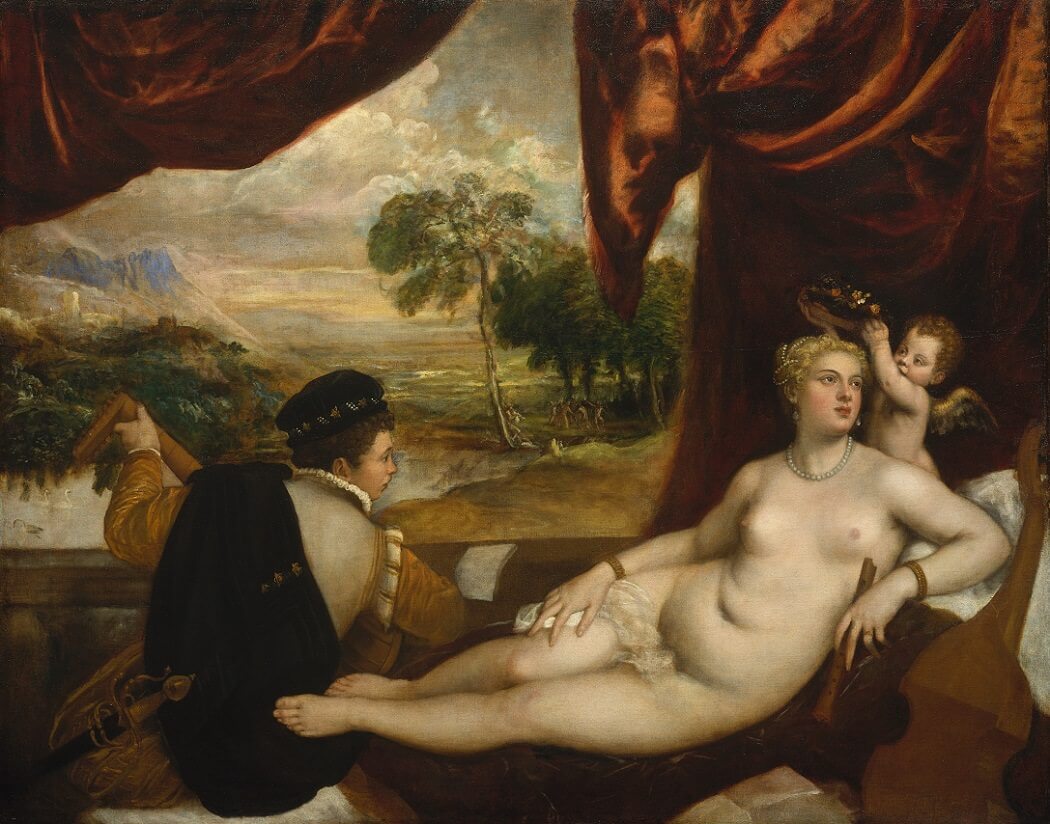 Titian Venus and the Lute Player (1360) – Metropolitan Museum of Art

So, what is it about Botero that I don’t get? I’ve been reading up, and it seems his work … has a sense of humor? Okay, I’m willing. I just don’t find it amusing. Full disclosure: I never found Seinfield funny. And I tend to love both British and American sit coms.

One of my favorite German words is: Geschmacksache ‘a matter of taste.’ There’s no accounting for it.

So, I’ll leave this story where I began: Fernando Botero – An Artistic Enigma 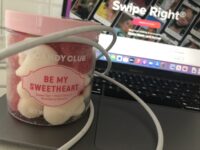