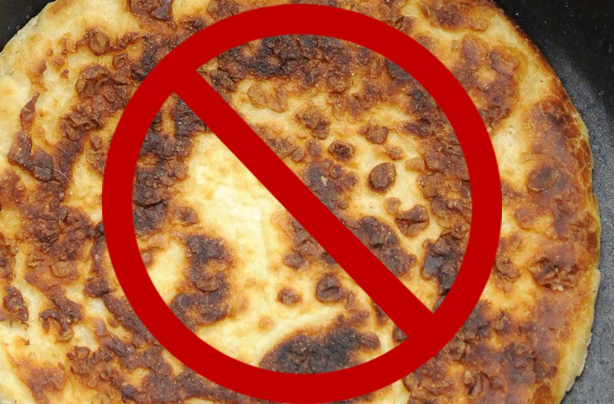 You’ve produced the first draft of your story. Now what?

Live by the Russian motto, suggested by the title image: The first pancake is always lumpy.

There are various ways to translate the phrase, and the adjective ‘blob’ also works.

So. Your first draft is a misshapen blob. Instead of wasting time feeling disappointed over your unsuccessful lump, be happy. You’ve now got something to work with, to shape up and smooth out.

Become aware of your writing process.

There is no right way to write a story. However, your process affects how you approach the rewriting. Do you write it straight through, becoming aware of problems as you go, but decide to fix them later? Let’s call this method a right-brain approach. Or are you more left-brain, writing and revising the minute you encounter a problem, then writing and revising some more?

I fall in the latter category of constantly writing and revising as I go. I require a certain and consistent logic in the story for me to proceed, and this consistency means my first draft is more finished than that of a writer who plows through and then returns to fix the problems that cropped up.

Again, no right way here. It’s only to point out that the plow-through method will now require a second go-through to fix the problems the writer is already aware of before moving on to address possibly deeper issues.

Neither approach is faster/slower or more likely/less likely to produce a workable result. My point is: reflecting on your process, becoming aware of its benefits and challenges, helps you control it better.

When you began your story you didn’t know your characters very well. Now you do. When you go back over your story you are likely to find some glaring mischaracterizations at the beginning or, at least, fuzzy ones that need to be fixed and which may trigger more rewrites downstream. Your characters need to come off the page, lifelike, from the beginning, so make sure everything they say, think, and do are in character from the get-go.

Readers want to see characters change and grow as they face their challenges. At the beginning of And Heaven Too , a romance set in 17th-century London right before the closing of the English theaters, my heroine takes herself very seriously. Mid-story she is challenged with a situation in which she is the unhappy butt of the joke. In the end, she has to risk assuming a broadly comic persona in order to win the hero.

Plant the personality nuggets in your characters that will serve them well when push comes to shove, as it always does.

Speaking of push coming to shove: Check your plot.

And by the way what is your plot? Can you identify the central conflict? Have you paced it properly?

I work on my plots a lot. Here is the page where I kept track of what was happening in Chapters 1 – 29 of Buy Me Love, a British police procedural crossed with a werewolf story: 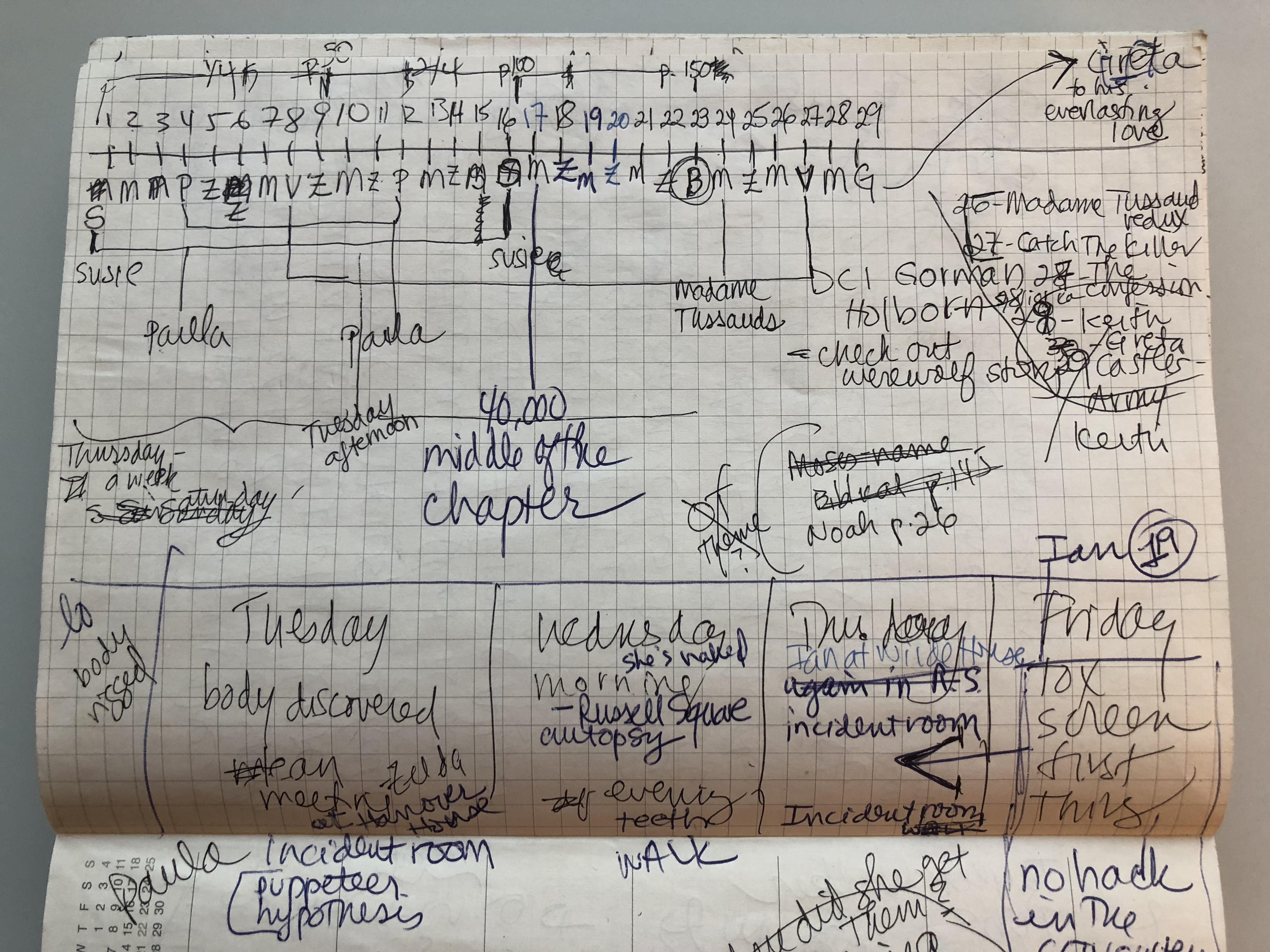 The letters under the chapters signify which character has the point of view, and in this story 7 characters have a unique POV. Moses and Zelda are the main characters, and you see that they mostly alternate. You also see that I have scratched out certain letters and replaced them with a different POV. I did that right up front in Chapter 1. I originally began it from Moses’s POV, found it wasn’t working, so made the change to Susie. Later I changed Chapter 6 from M to Z, and so forth.

In the embryo muscle and bone develop from the same cells and eventually separate. In a story characters and plot have a similar muscle-and-bone relationship. (Not sure which is which, however: muscle = characters and bone = plot? Probably.) Your characters determine the plot, the plot develops the characters. You can’t develop one without developing the other.

Enlist the help of a trusted reader.

Another set of eyes is invaluable. No matter how experienced you are as a writer, you will always need feedback from a trusted reader who is, ideally, your excellent professional editor.

See also: How to Take Criticism to Grow as a Writer 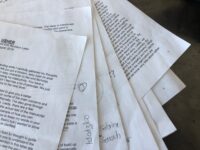