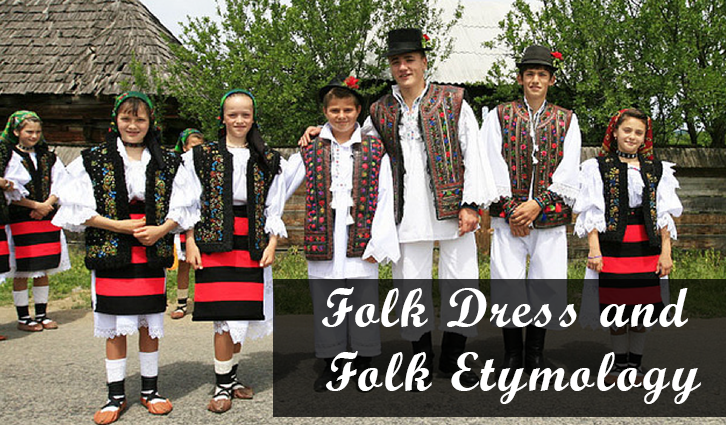 Title Image: Traditional Romanian dress. The focus of this blog is the linguistic phenomenon known as folk etymology.

Last week, a well-known pharmacy in Romania launched a campaign that drew my attention. Farmacia Catena advertised that from June 22 to June 24, if you come into one of their stores wearing a traditional folk blouse, called ie, you will receive a 50% reduction on a certain line of Romanian-made products.

I had never heard of such a campaign, so I mentioned it to my friend, Ruxi, when we went to lunch yesterday.

Sidebar: We went to Hanul lui Manoc, because it has a nice terrace, and it specializes in Romanian food. So, I guess I was on a Romanian kick yesterday.

Anyway, Ruxi had never heard of such an advertising campaign either. For some reason I couldn’t resist singing the jingle Farmacia inimii Catena ‘pharmacy of the heart Catena.’

To which Ruxi laughed and said that her 5-year-old son, Codrin, sings farmacia inimii balena ‘pharmacy of the heart whale.’

Substituting balena for Catena is what linguists call a folk etymology. A folk etymology arises when a person – here 5-year-old Codrin – doesn’t quite know the actual word being said and substitutes it with a word he does know.

Now notice: Codrin heard 3 syllables and three vowels, and he kept them. All he changed were the first two consonants. So folk etymologies have a phonetic logic, although the semantic logic may be weird.

Children are wonderful creators of folk etymologies. When my younger son was about four years old and was asked to say grace, he came up with: “Thank you for our jelly bread.” Daily apparently meant nothing to him, while jelly certainly did and especially in the context of bread.

A Catholic friend of mine told me that when he was a boy he thought the phrase was: “Hail Mary, full of grapes.”

Yup, makes sense to a little one. What, after all, is grace?

In discussing folk etymology in class one day, a student raised his hand and said, “Over winter break my brother told me he was going to the gym to get dashboard abs.”

The brother was fourteen. Again, note that he kept the phonetic shape – more or less – of washboard. And what 14-year-old has ever seen a washboard, I wonder? 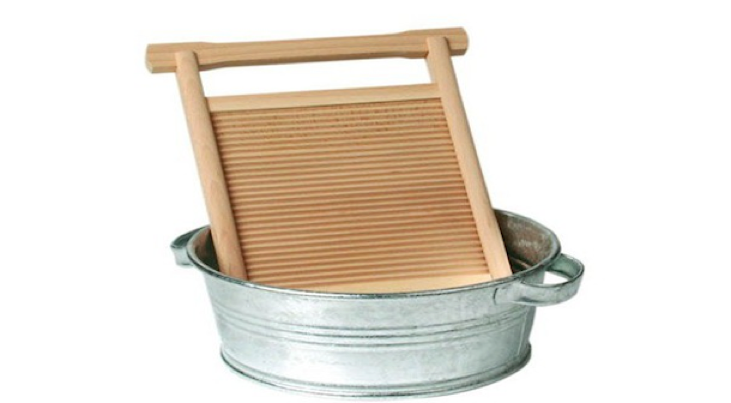 In fact, when was the last time I saw a washboard? I can hardly remember.

To this teenager a dashboard apparently suggested something sleek and stylish: 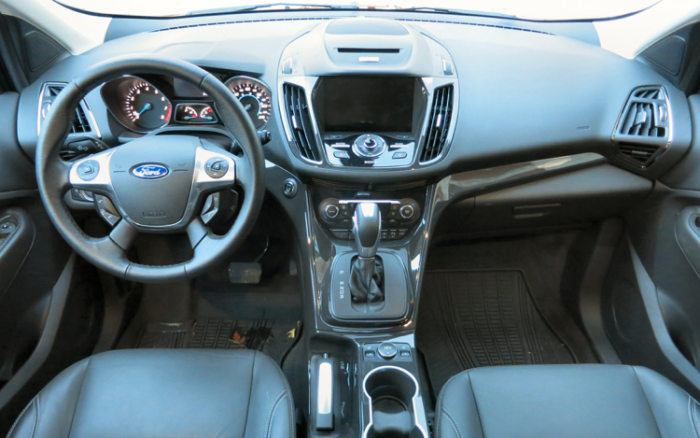 I, on the other hand, get a very wonky image of dashboard abs

Take the rather strange word bridegroom.

We all know what a bride is. We also know what a groom is: a man (once upon a time) who brushes and cleans horses. 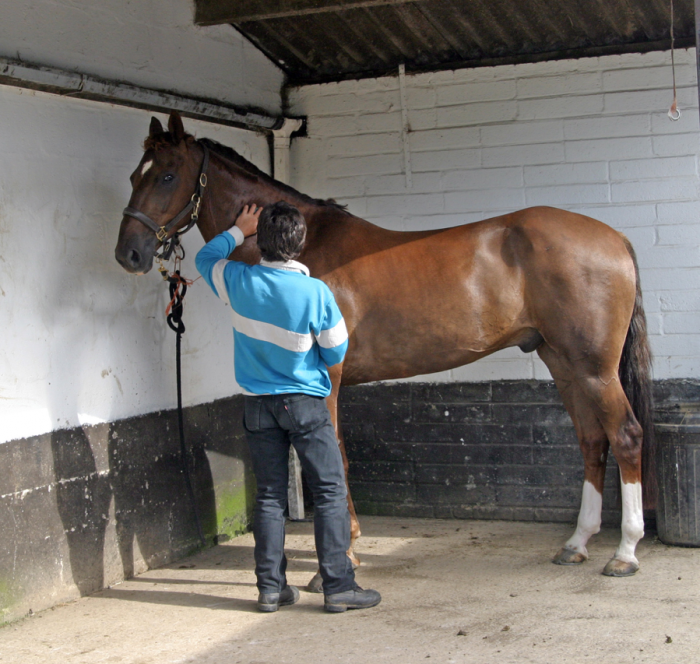 We know today a groom can also be a woman

How did groom come into the bridal picture?

In Old English the word was brideguma, and guma was a common Old English word for ‘man.’ Evidently, somewhere along the way, people lost the sense of what a guma was, so they ‘fixed’ it by finding a word with a close phonetic shape and the meaning ‘male.’ Ta-da: the folk etymology bridegroom. And it stuck.

Sometimes foreign words get folk etymologized. For instance, the Spanish cucaracha became cockroach. It makes a certain kind of sense.

Who knows? Perhaps in twenty years everyone will be going to the gym to get dashboard abs. It’s no stranger than imagining a bridegroom.

If you don’t want to wait that long for a folk etymology to catch on, you can always wear a folk blouse. Starting in 2013 June 24 has been designed as the International Day of Romanian Blouses:

See also: All My Language Blogs