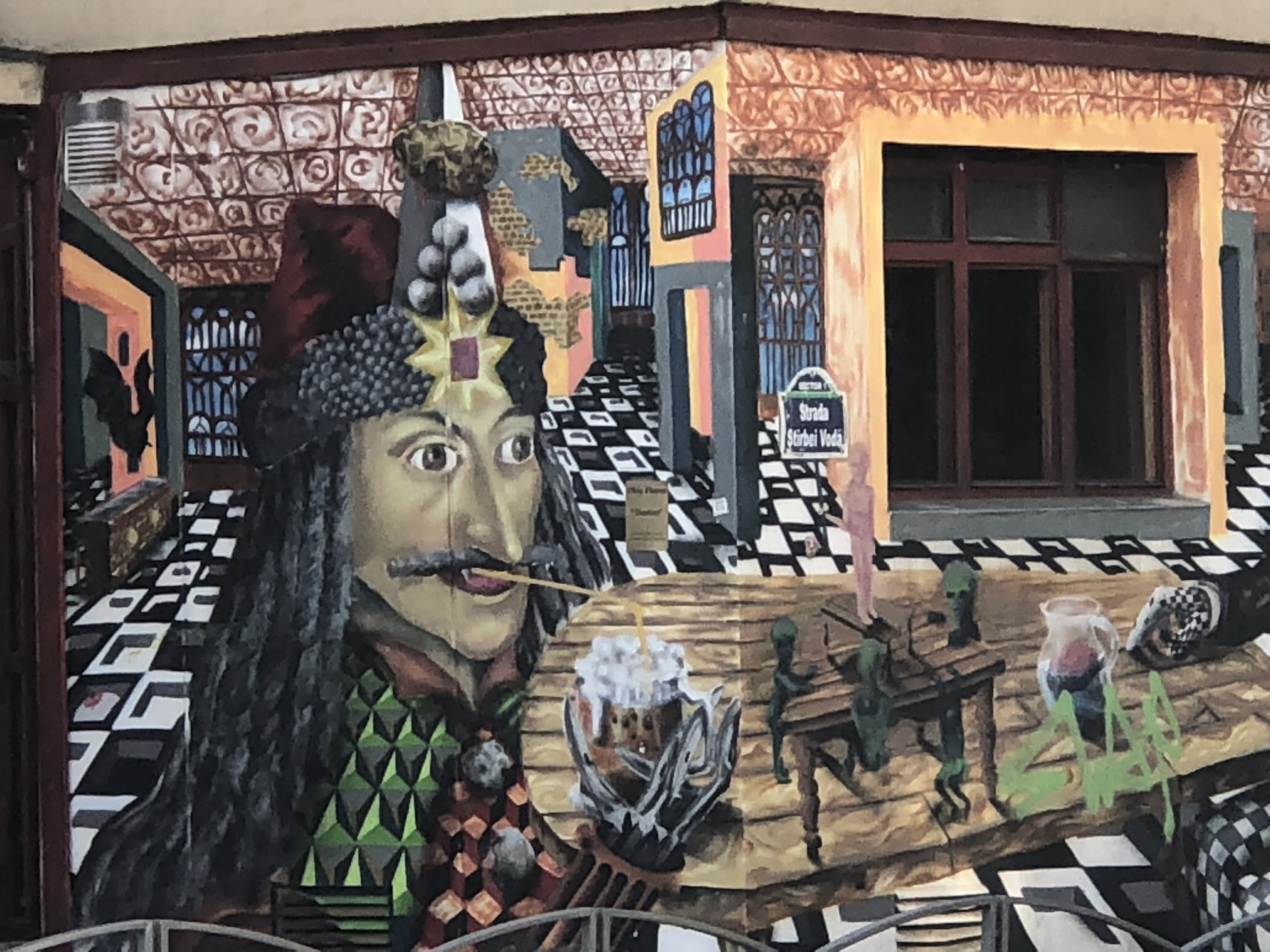 For the title image I chose Vlad Țepeș (Vlad the Impaler). He was the model for Dracula. This mural is at the corner of Știrbei Vodă and Luterană, Bucharest.

I’m not counting Vlad, even though he’s Romania’s original Bad Guy. However, he is a good one to frame my list.

Who? You wouldn’t  know this man by his real name. You’d likely know him only as the hacker Guccifer. 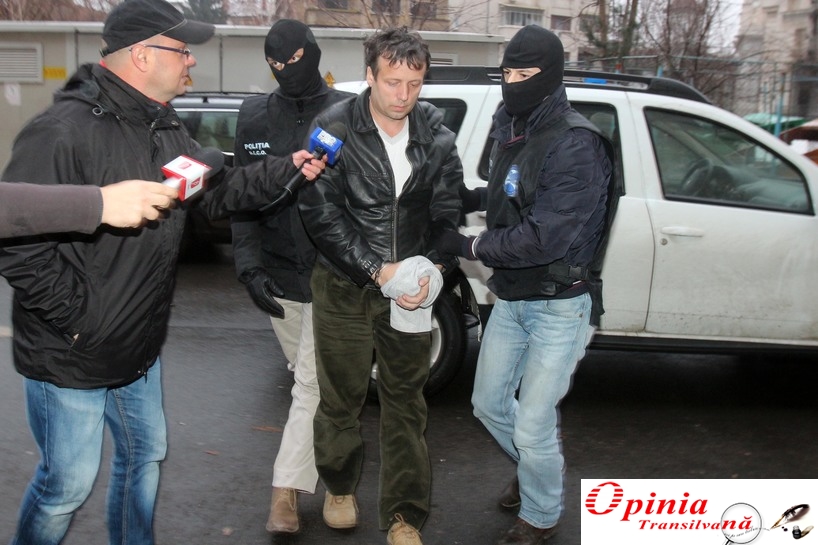 Here he is being taken into custody

First, the name Guccifer is a combination of Gucci and Lucifer. The style of the former and the light of the latter.

Second, Lazăr, now 47, has been serving a 7-year term in a Romanian prison since January 2014. He breached the computer security of various Romanian and American officials. He did not breach Hillary Clinton‘s email, but he did get into the account of Sidney Blumenthal. The latter is a former aide to Bill Clinton. Guccifer found emails from Hilary sent from a private email server. Thus, he touched off the investigations into her email use.

Third, the reason he was in the news this week was because the court in Alba Iulia said he could be extradited to the U.S. There he would serve his prison sentence once his Romanian prison time came to an end. He has stated his preference for remaining in a Romanian jail.

Because Lazăr blipped onto the news again this week, he takes the #1 spot.

Nicolae Ceaușescu and his wife, Elena, come in at #2 and #3. Nicolae (1918-1989) was Secretary General of the Communist Party from 1965 – 1989. His Secret Police, the Securitate, was widely feared. By the end of the 1980s he was presiding over a ruined economy with nothing in the stores. And the lights were out, quite literally, because of austerity policies that cut power at night. 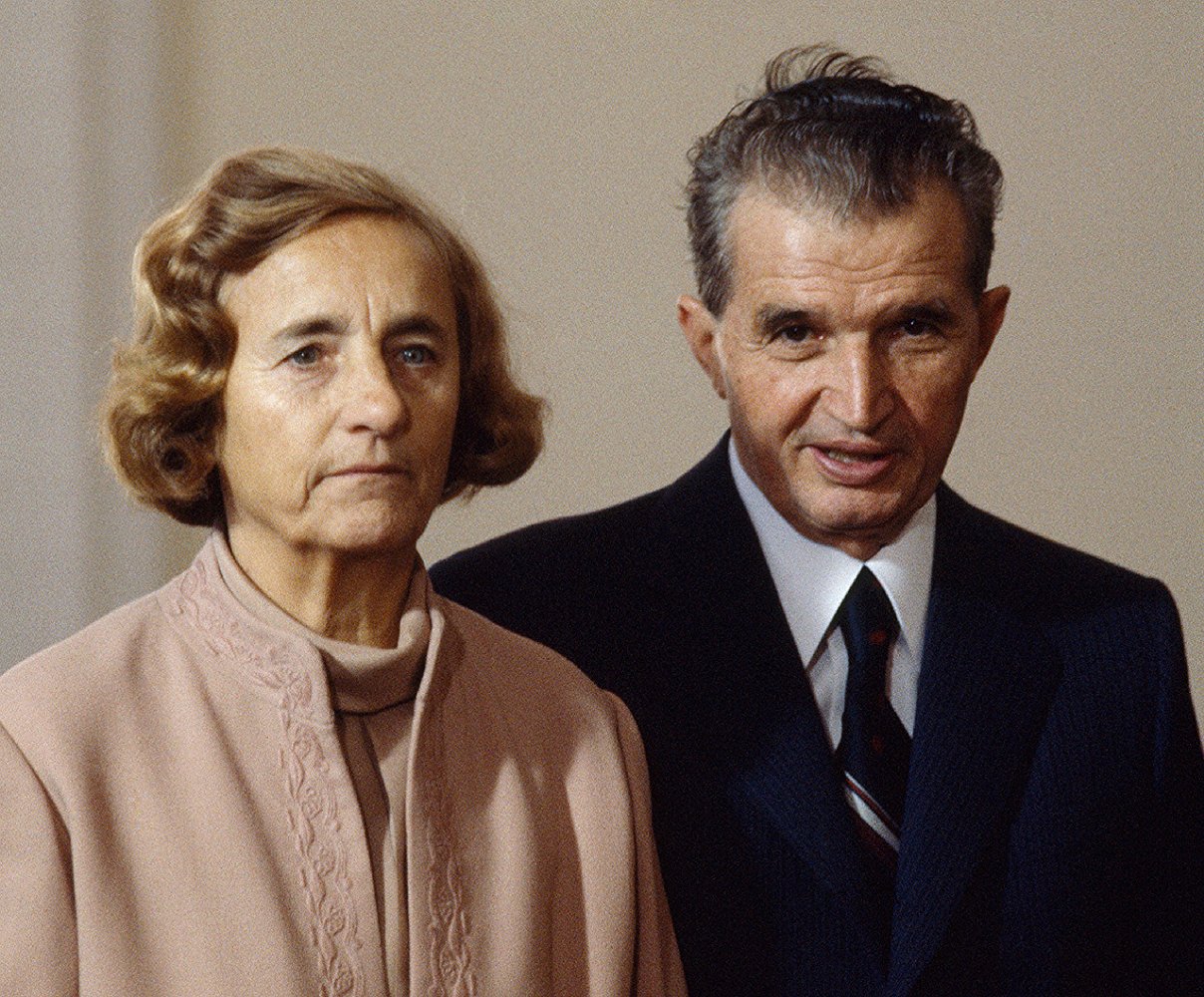 Watch the first half of Ceaușescu’s last speech on December 21, 1989. At the 2:40 mark, he loses control of the crowd and doesn’t quite seem to know what’s going on.

He has called this miting ‘rally’ to announce pay raises – presumably in response to the collapse of other communist regimes beginning on November 9 with the fall of the Berlin Wall – and he is able to regain control of the crowd … until he finally loses it about 20 minutes in.

At that point Nicolae and Elena flee to the rooftop of the building and are whisked away by helicopter. They are hunted down, given a summary trial four days later and are executed, making them the only communist leaders at the time to die by violence.

Back to hacking. My last two bad guys are: Teodor Laurentiu Costea, 41, and Robert Codruț Dumitrescu, 40. They were arrested last year and extradited to the United States in May of this year. Their cybercrimes include phishing, vishing and smishing.

The pair managed to bilk the American public of $18 million through aggravated identity theft.

Update 2019. Check out this great post from BroadbandSearch: 19 Alarming Cybercrime Statistics For 2019.

A long time ago I had a conversation with a Romanian friend about this hated couple. I wondered at their lust for power and control. She pointed out, “They just wanted to be loved.”

Indeed, Nicolae instituted a Stalinesque cult of personality and staged endless rallies where he could feel the love.

My friend also expressed regret that they had been so summarily executed, because they were never brought to justice. Privately I thought they deserved what they got.

I spoke too soon.

I now realize that bad leaders need to be brought to account. Not for themselves, because they probably think they’ve done no wrong. It’s for the people who want their sense of justice satisfied.

See: All My Romanian Blogs.