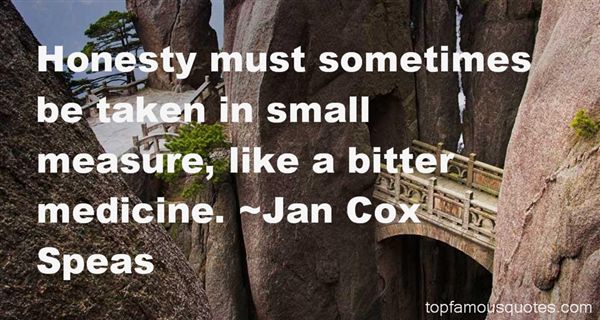 Jan Cox Speas: One of My Heroes

If you’re a writer or any other kind of artist you might like to take a look at Austin Kleon‘s Show Your Work! which addresses the pleasures and perils of creativity in the age of the Internet. One of his suggestions is for writers to share their influences. I regularly share What I’m Reading Now, but Kleon has encouraged me to wax poetic about one of my literary heroes: Jan Cox Speas.

Jan Cox was born in Raleigh, North Carolina in 1925. She studied creative writing at Women’s College, which is now the University of North Carolina, Greensboro. Near the end of World War II she married John Speas when he returned from his tour of duty in Europe.

Between 1954 and 1960 she published 3 novels: Bride of the McHugh, My Lord Monleigh, and My Love, My Enemy. She returned to UNC-G for her Master’s in Fine Arts and submitted The Growing Season as her thesis. She died of a heart attack in 1971 at the age of 46. She was survived by her husband and two children.

My comment: Before writing this blog I had zero idea that Jan Cox Speas was from North Carolina, and upon learning this fact I felt an immediate kinship with her. Although I wasn’t born in North Carolina, I have lived most of my adult life in Durham, NC. So, right off the bat, Kleon’s encouragement gave me the gift of taking seriously one of my profound influences and looking into her life.

Here’s my story: I was working on my PhD in linguistics at the University of North Carolina, Chapel Hill. (Hey, see any further connections?) I don’t know how the copy of My Lord Monleigh got into my hands, but it was in my book bag when I was in the library roaming the stacks. 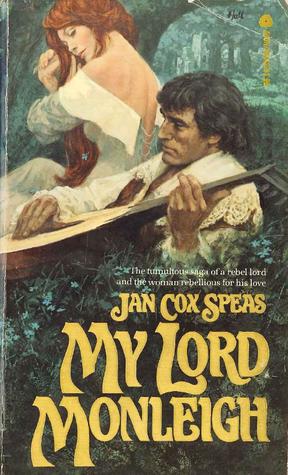 I remember sitting down at a carrel on an old metal chair and somehow I was reading My Lord Monleigh instead of whatever linguistics book I was checking out. I think I read the book cover to cover and was so struck by it that when I finished I returned to page one and began again.

First, I loved her language. In researching her life (which meant reading a minuscule Wikipedia page about her) I noted that her master’s thesis advisor was the poet Randal Jarrell. In looking into his life I discovered that he was the 11th Consultant in Poetry to the Library of Congress, a position now called Poet Laureate. Fantastic!

Speas’s language is poetic: beautiful but not flowery, imagistic, and always finely observed.

Second, I was fascinated by the use of first-person narration in Monleigh.

Speas’s first book, Bride of the McHugh, was third-person narration, as I recall, and it’s often the case that a first book is in the first person. But, no, her second book was first-person narrated. As I thought about the purpose of the narrative choice and of the narrator telling her story – at the end she says she has written it so the reader can see her love as she sees him – I came to see that the story was a study in portraiture.

Again, note the title. It could be etched on a brass plaque on the frame of a painting.

The narrator paints a wonderfully romantic hero in Monleigh. The reader has no difficulty understanding why she loves him. Then I thought, okay, in order for his portrait to be believable, there has to be a reason why such a man loves the narrator and, indeed, her self-portrait shines through her painting of him. It convinced me she was worthy of the love of this wonderful man.

So, really, the story is a study in double portraiture.

Oh, and guess what? Shortly thereafter I began my first novel, a first-person-narrated medieval I originally titled My Lord Roland. Yup, I even stole the idea of the play of consonants: My – L(or) – r(d) – R(o) – l(and), and I set out to do exactly what Speas had done: create a double portrait.

Warner Books changed the title to: For Love of Lord Roland. Oh, well. I changed it back when I got my rights back.

Third, I learned that a romance could be a work of art.

After Monleigh I gobbled up her other books. 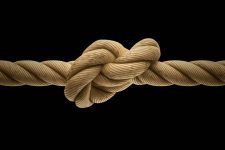