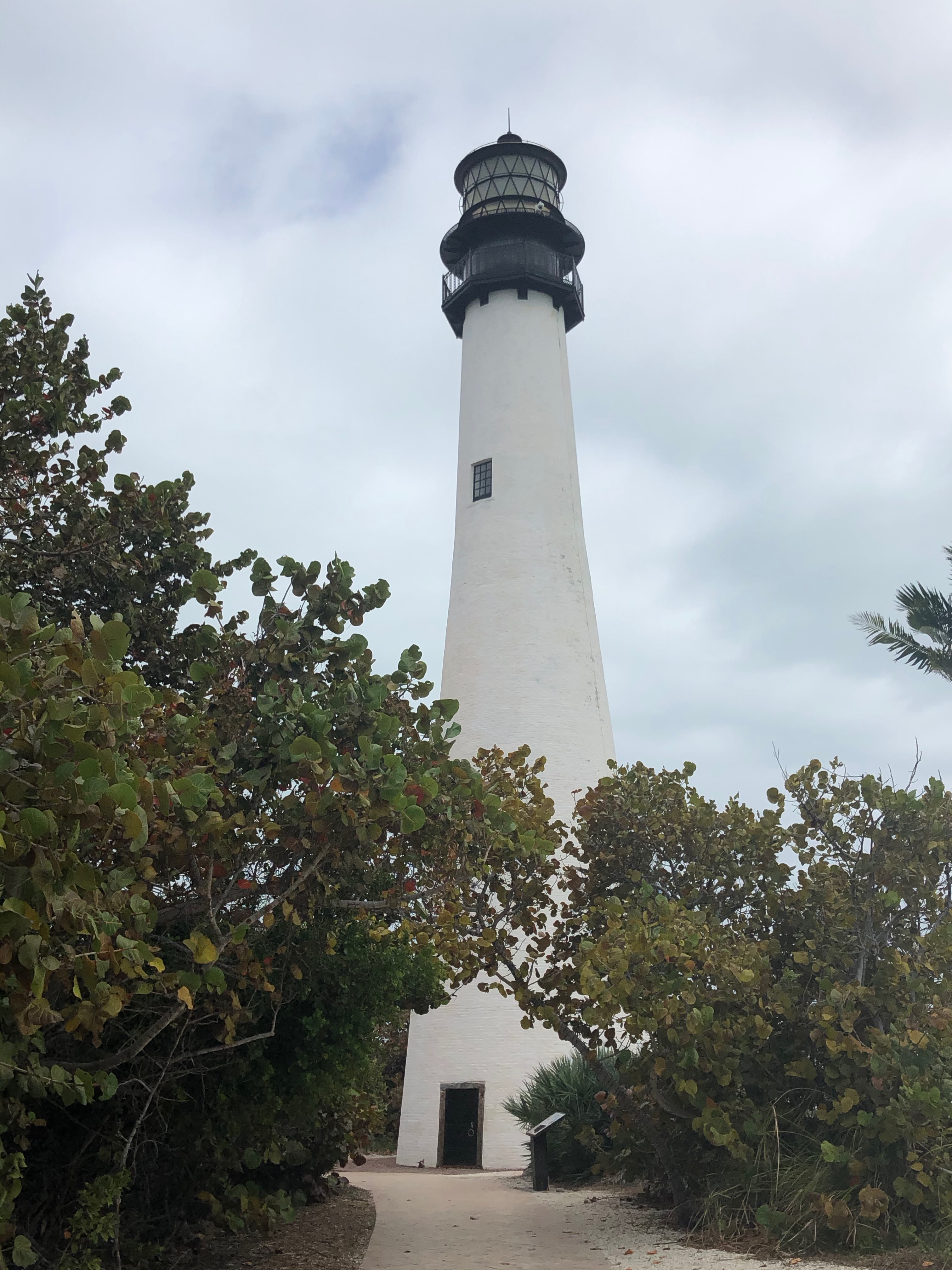 Being in Miami since August and living in Coconut Grove, I’ve had many a Key Biscayne sighting. Here’s a view of it across Biscayne Bay as I saw it, looking east, from the top floor of the Mr. C Hotel in Coconut Grove. 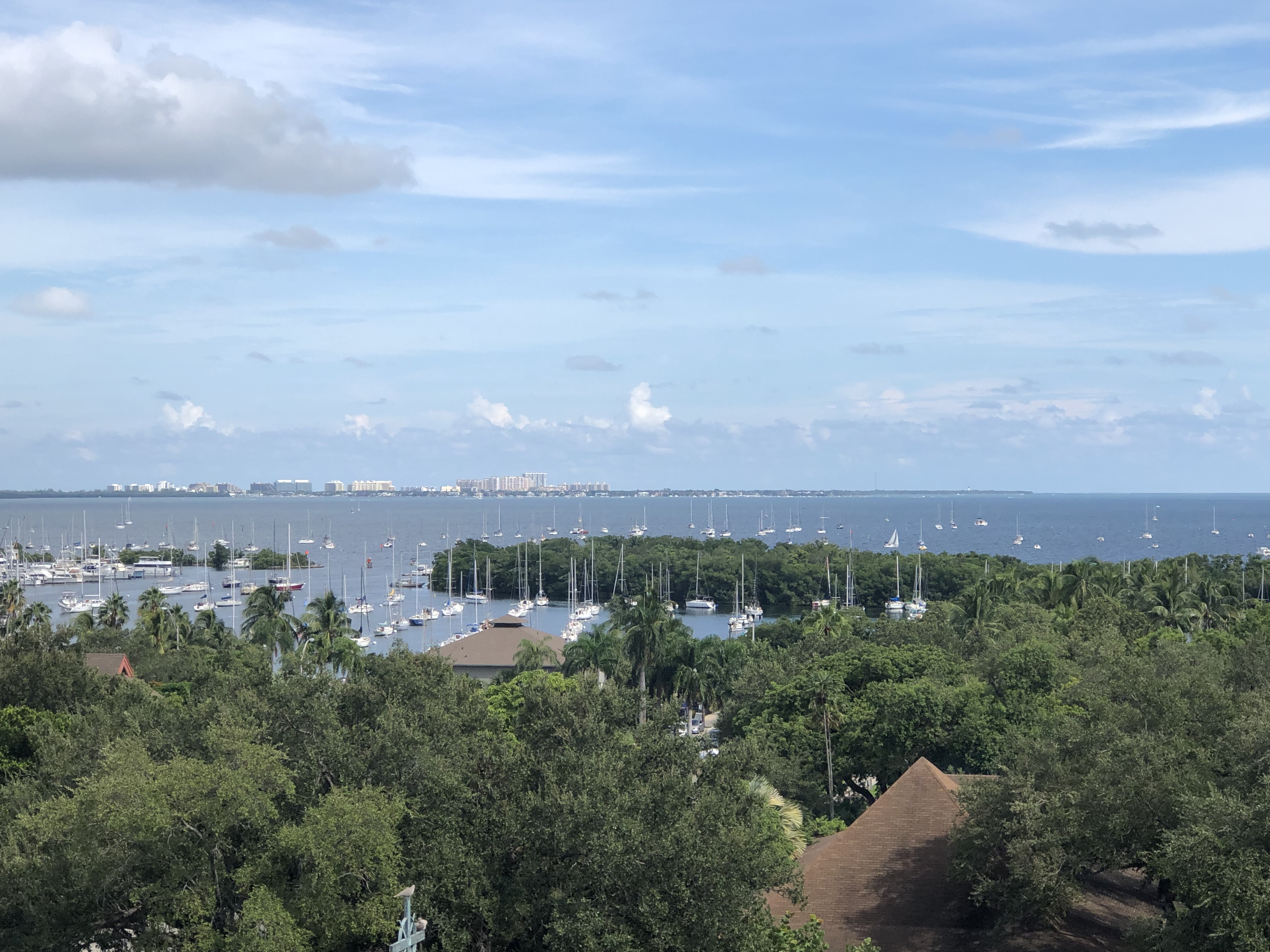 As you can see, the center of the key is built up. Less obvious is Bill Baggs Cape Florida State Park, which stretches to the right. The lighthouse in the title image sits on the south east tip of it. To the left is Crandon Park, only a corner of which is visible in the photo.

I had never really thought about going across the Bay until I woke up this morning. My first thought was, “Today’s the day.”

It’s an easy drive over the William Powell Bridge and across the Rickenbacker Causeway on Virginia Key. Next up is Crandon Boulevard to the key in question.

First stop: Peloton KB, 61 Harbor Drive, for my rentals. Bike and helmet reasonably priced at $23/day. Also, the man in charge was really nice and helpful.

What do you see on a cool key straight off Miami’s downtown?

Crazy rich houses. The ones on the west side of the main drag are waterfront properties. Like this: 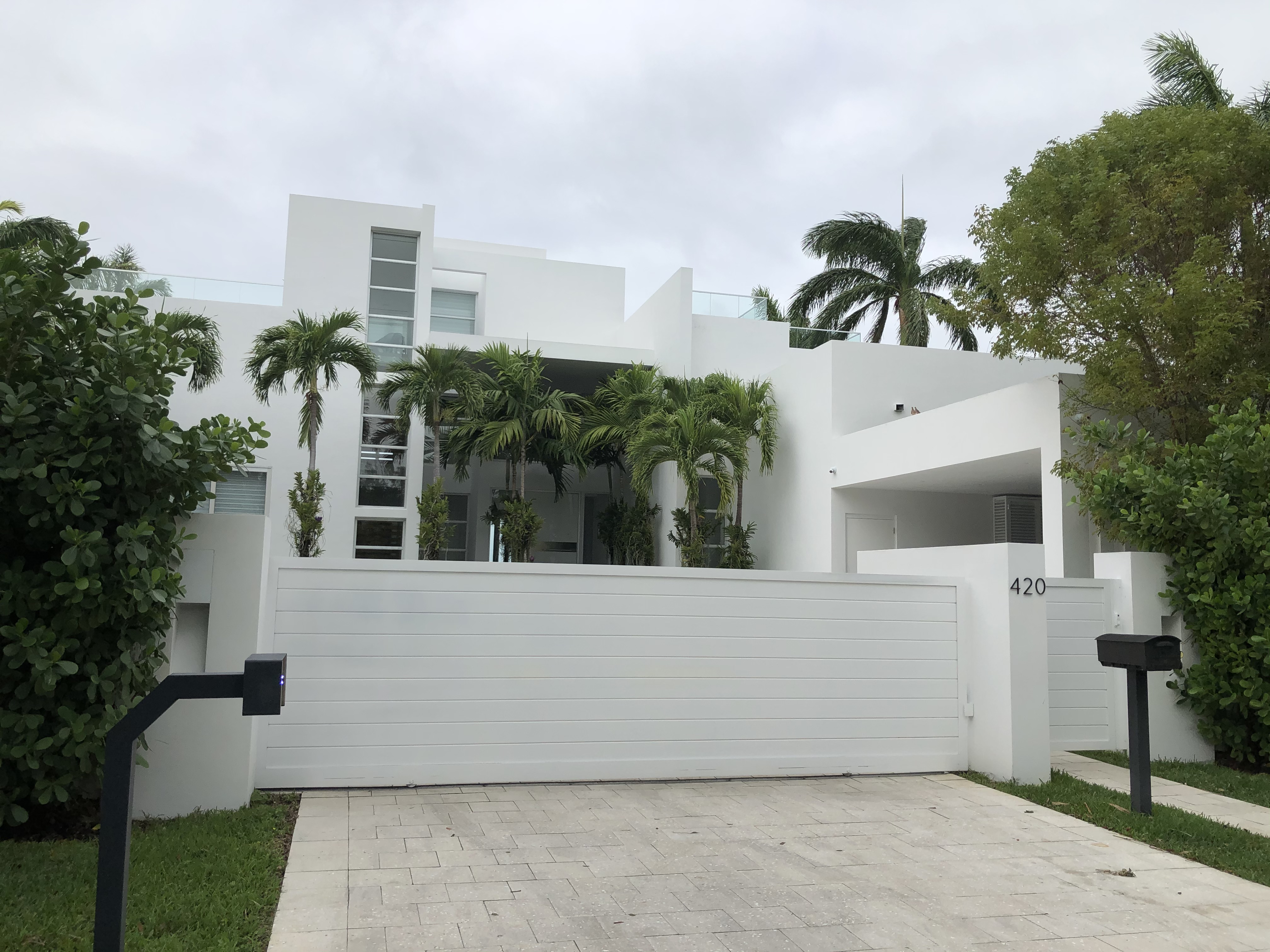 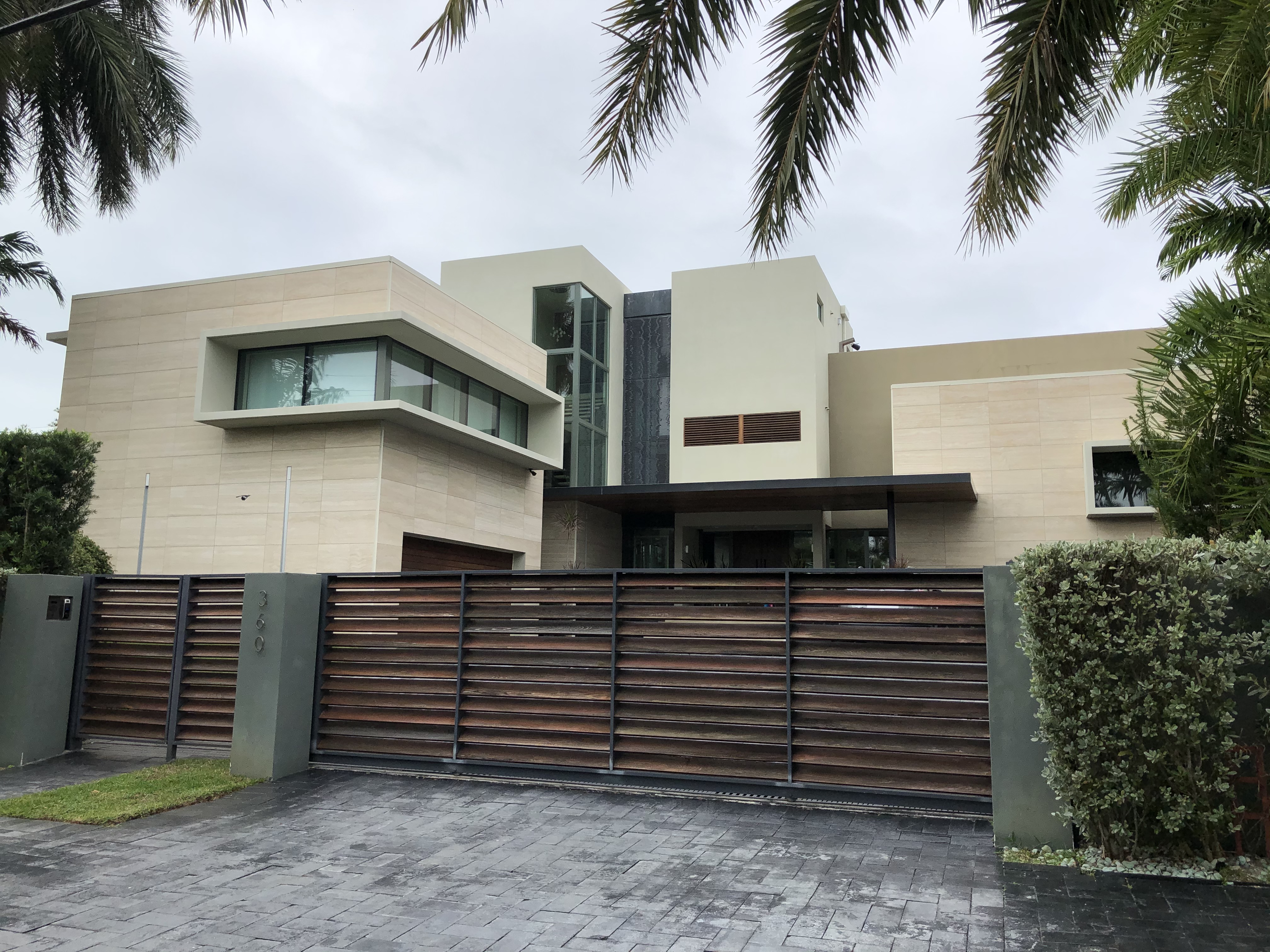 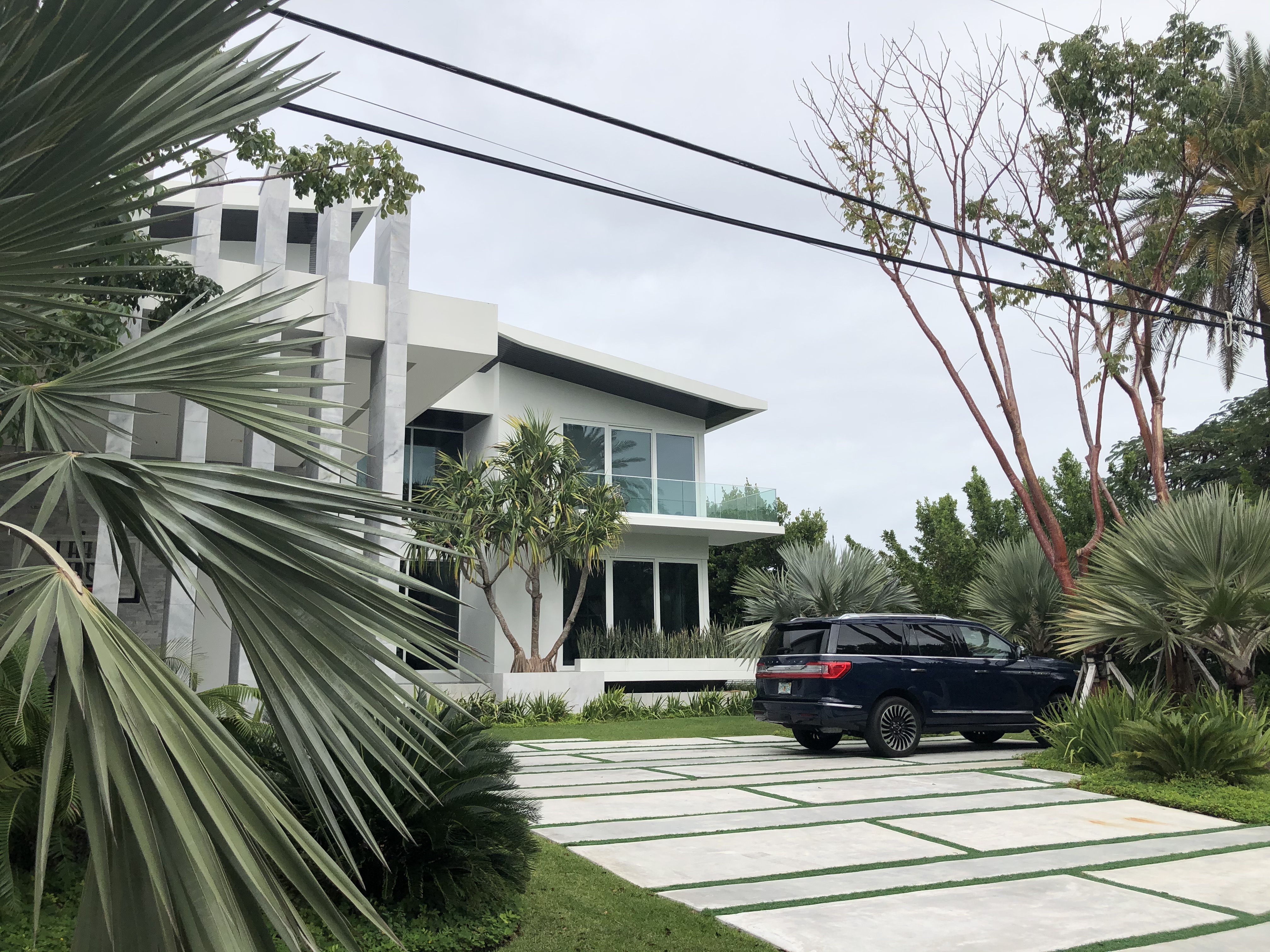 Nest door to the one, above, is a marina: 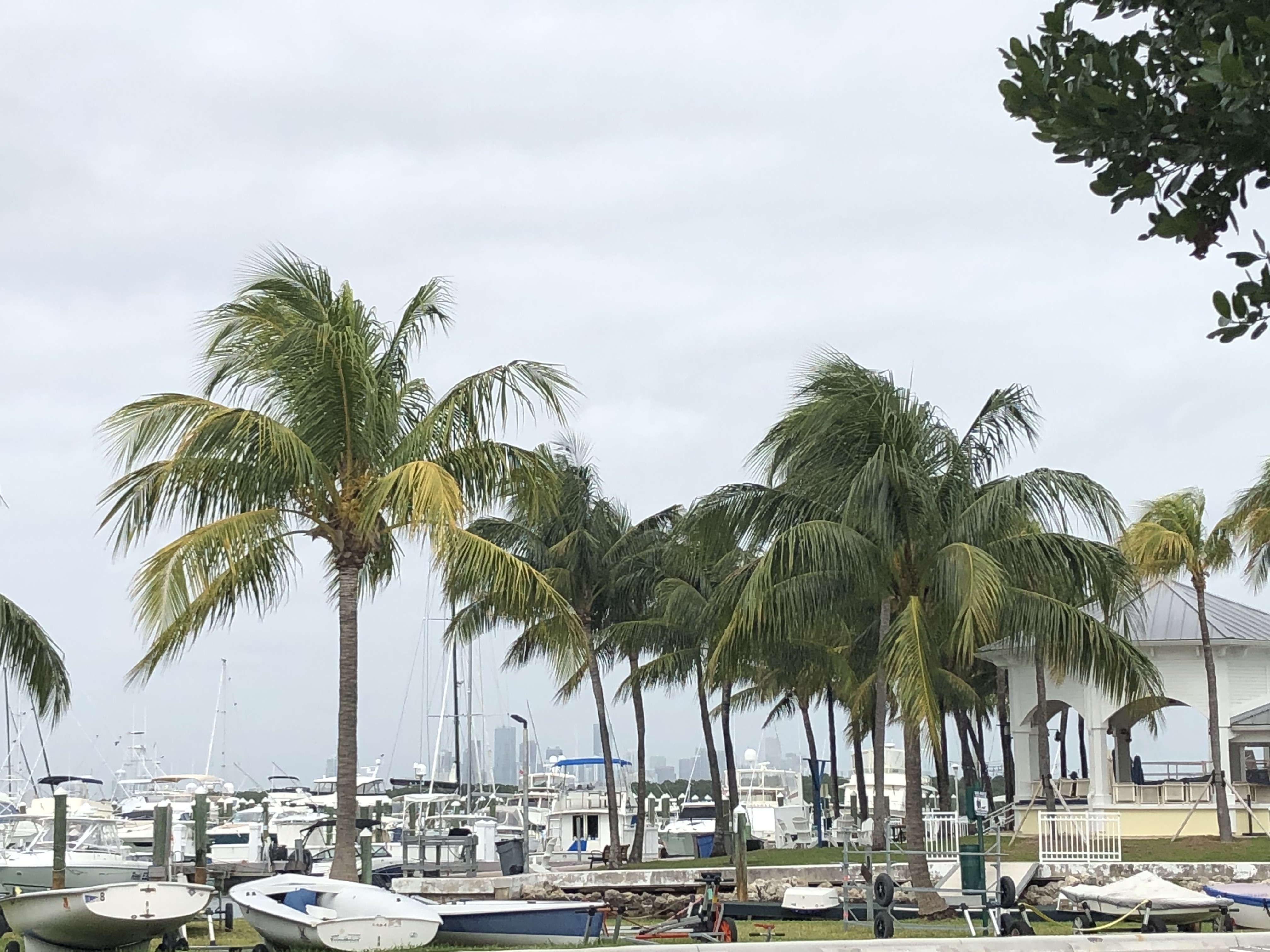 Miami’s skyline is a haze in the background.

And, of course, all those condo towers, the ones you can see from the mainland. Here’s one gated complex: 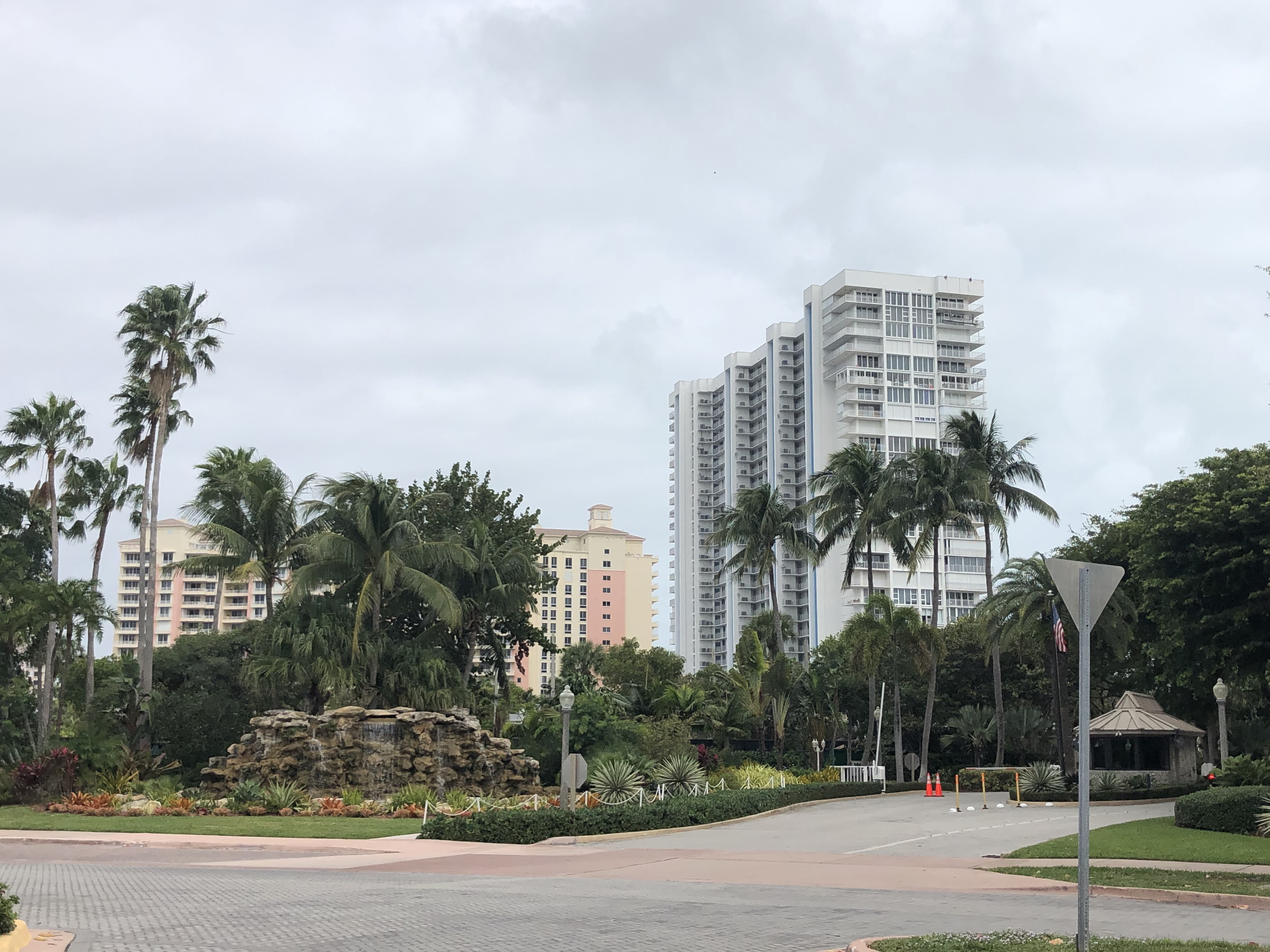 So, the usual for South Florida. 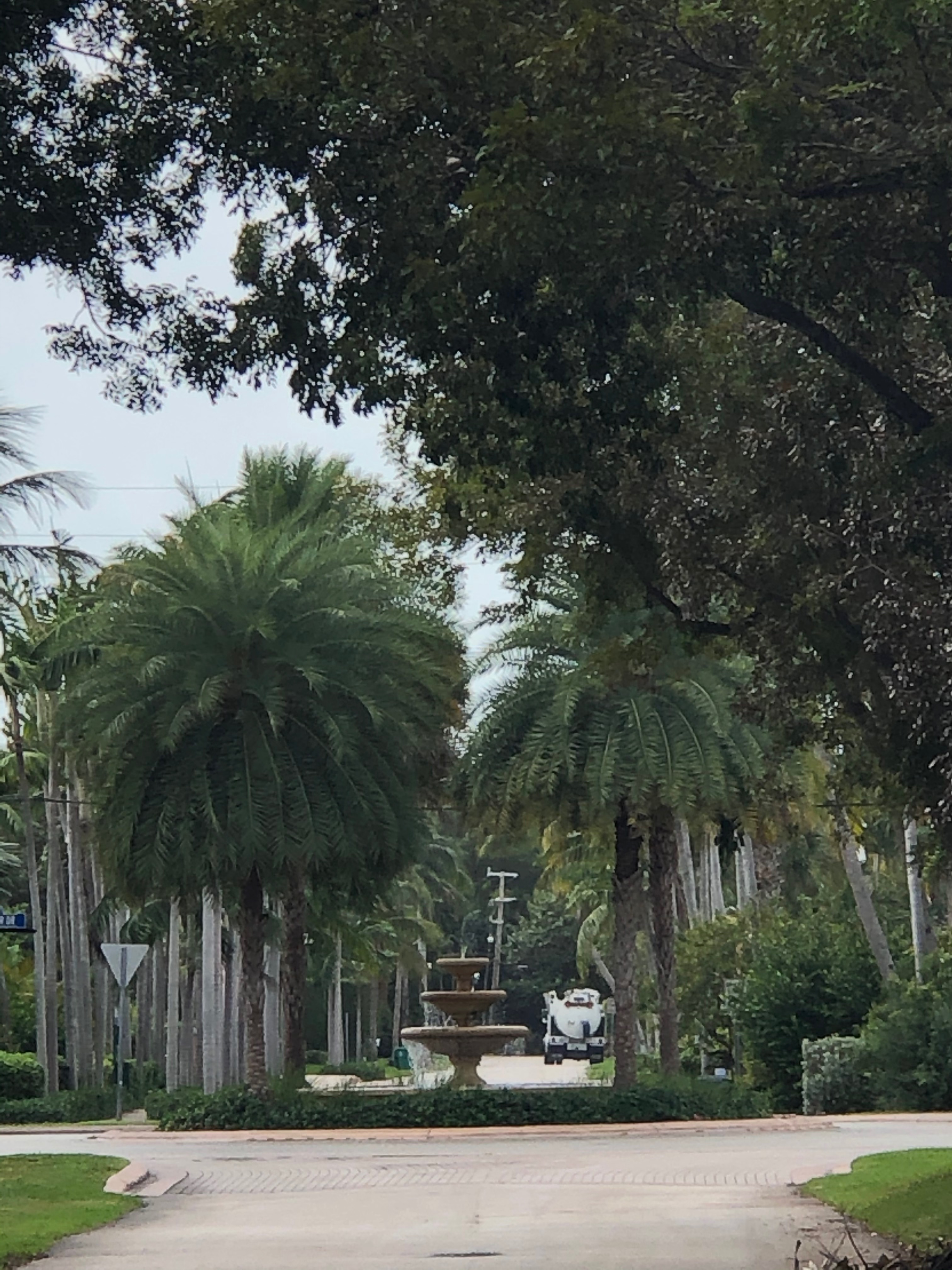 The bike ride to the park was hardly more than 10 minutes, 15 minutes tops. It has miles of bike paths: 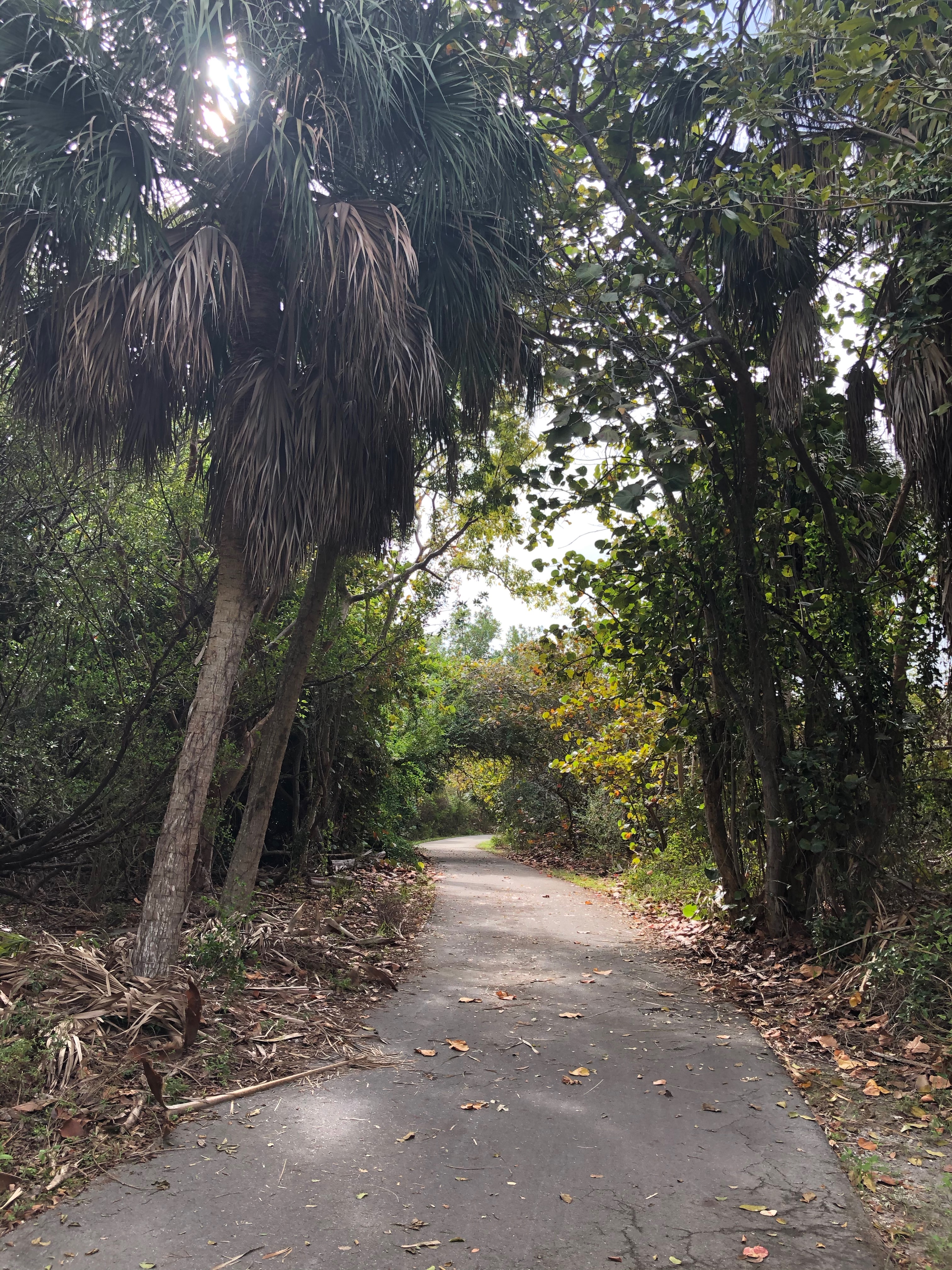 Plenty of opportunity to fish: 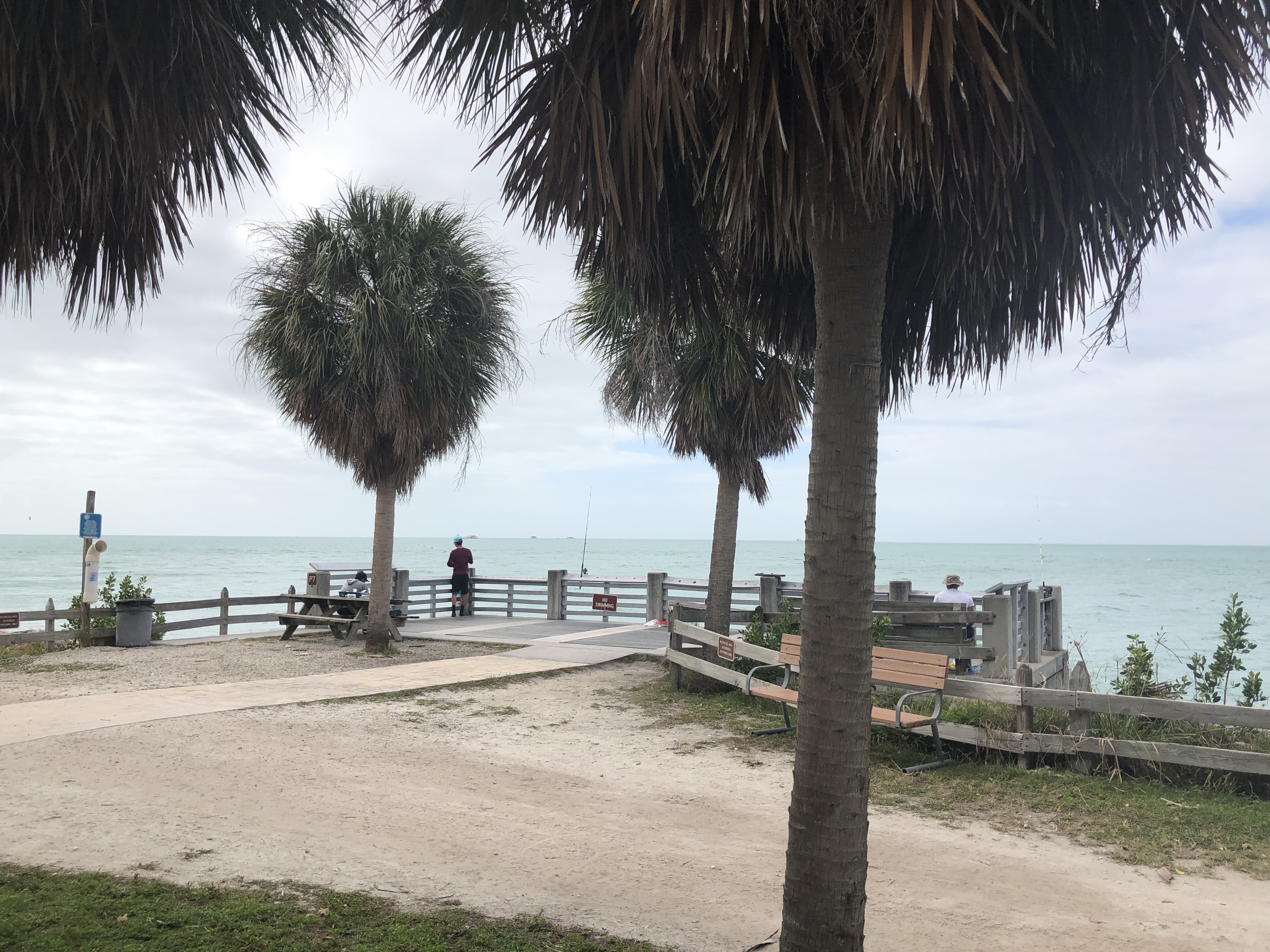 And a cove actually named No Name Harbor: 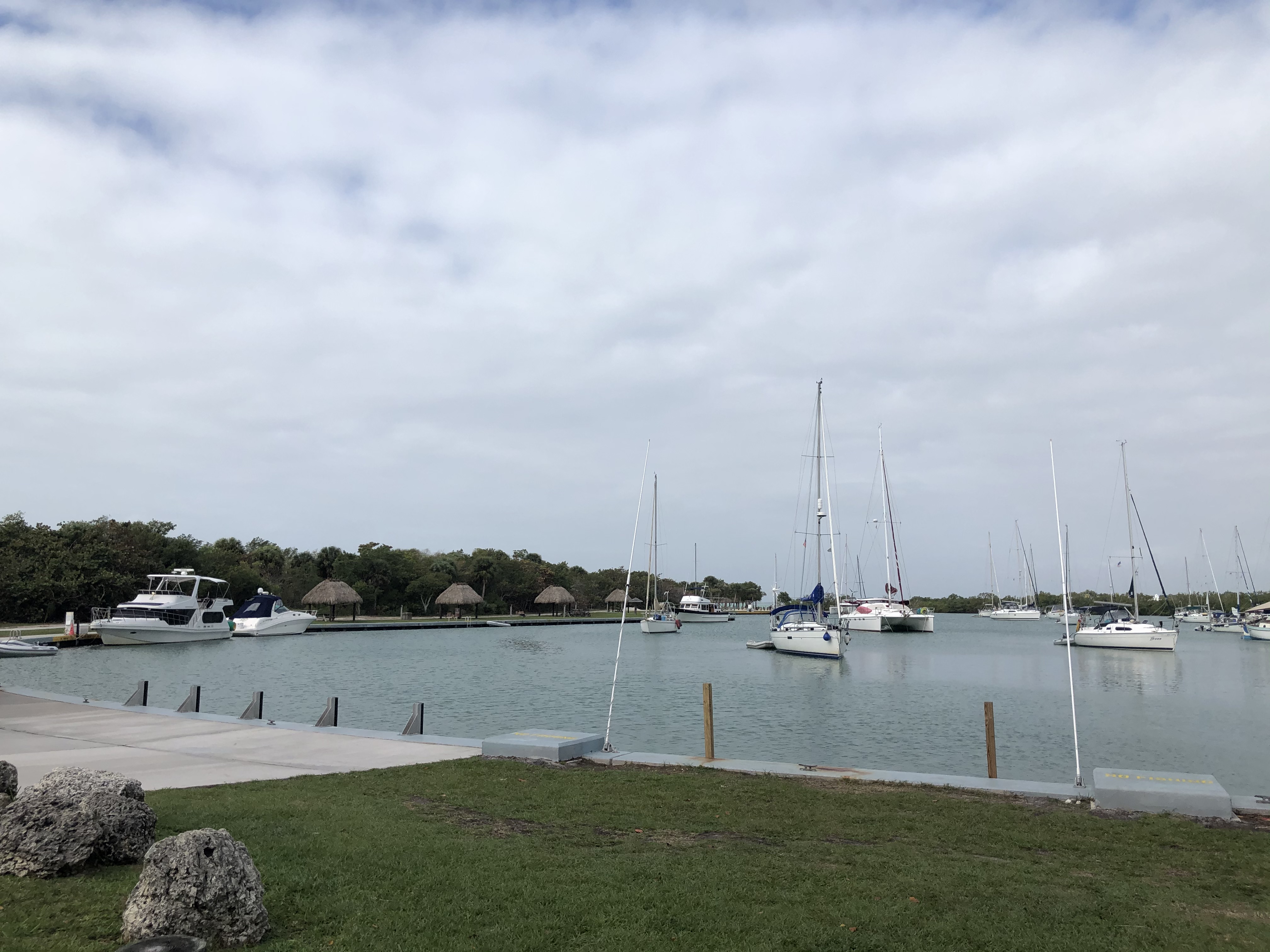 Next to the lighthouse is an exhibit: 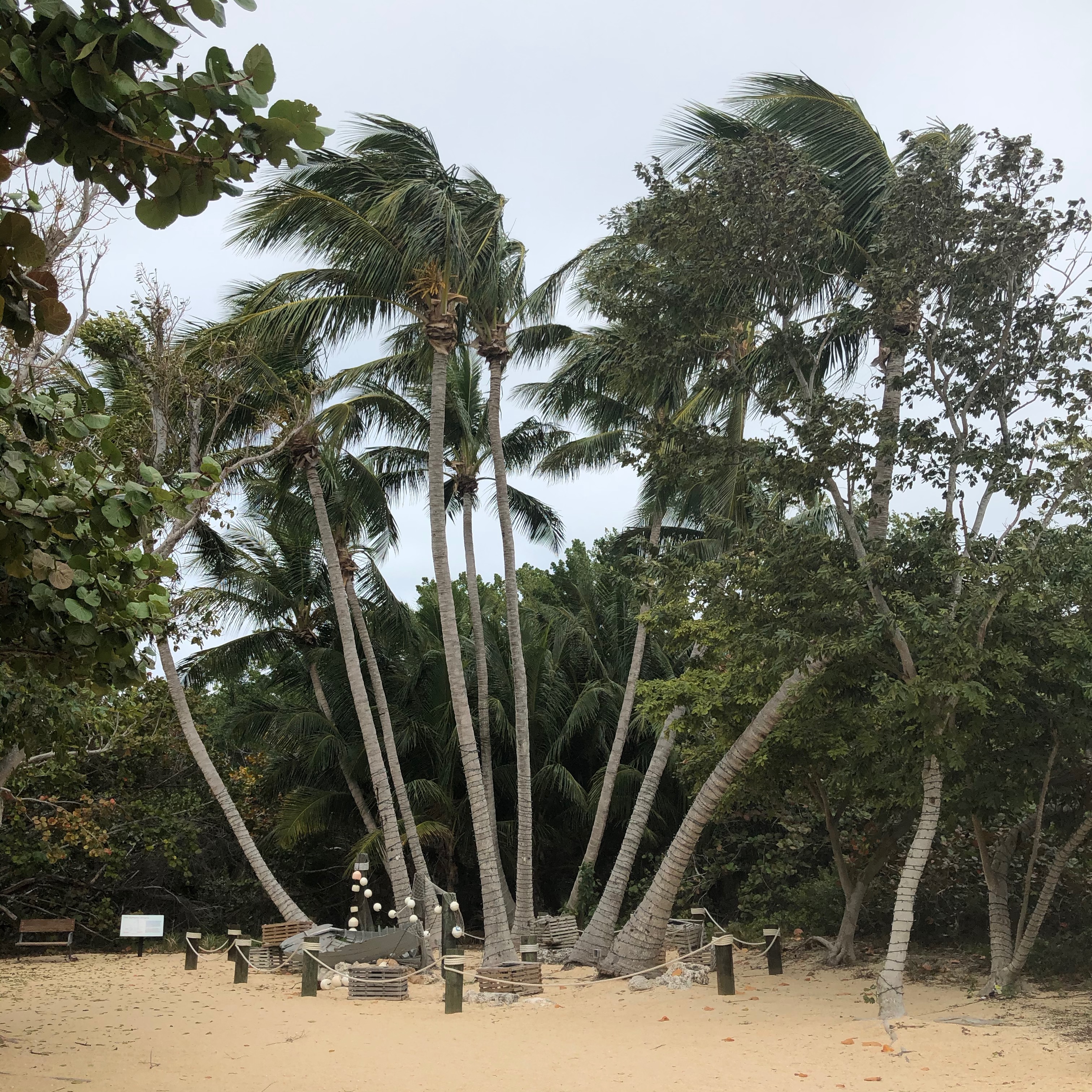 It concerns the Bahama dinghy, used by coastal and island residents in a time before roads and bridges. It functioned as the pickup truck of its time. 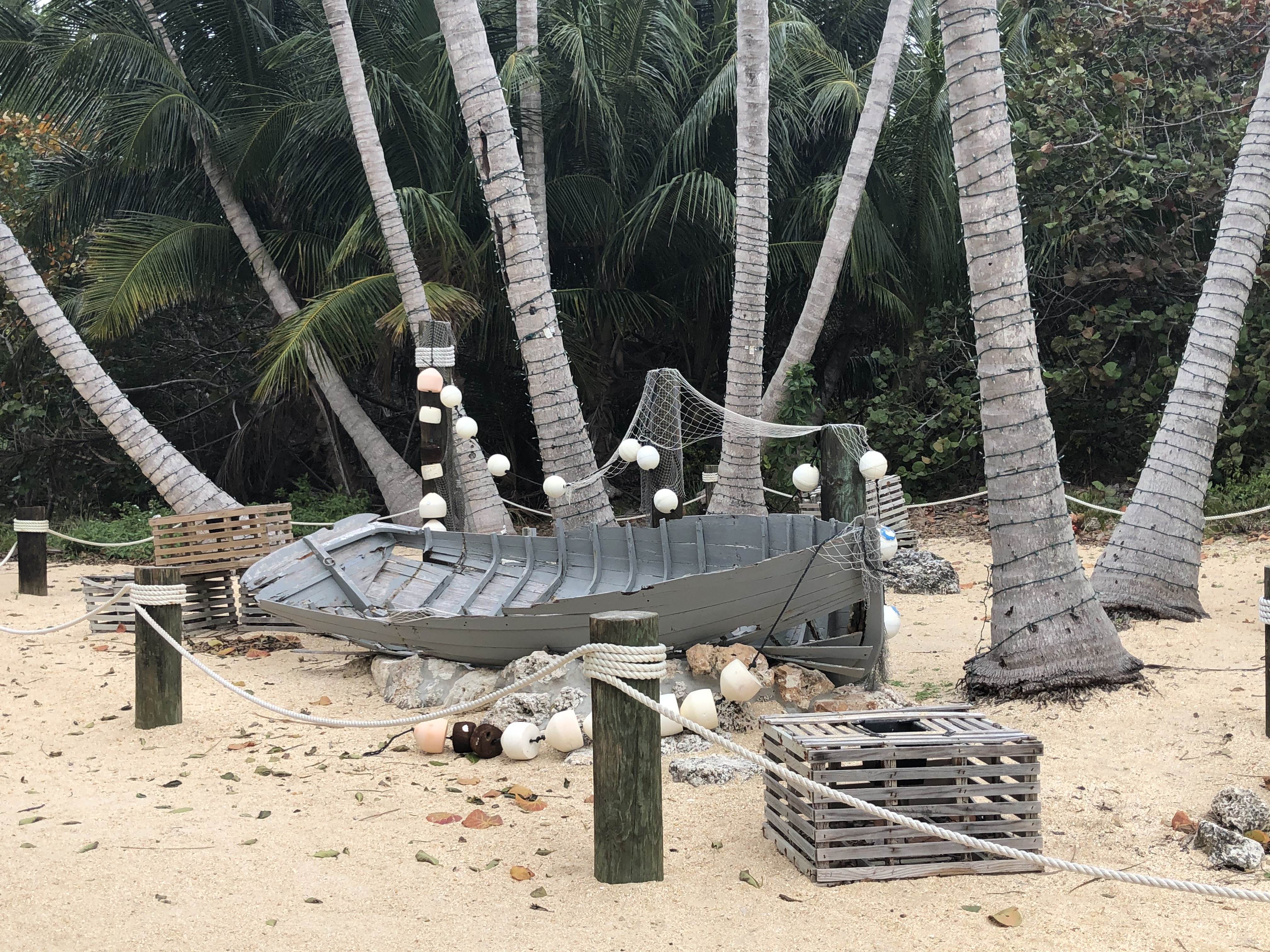 Here’s another bit of history: 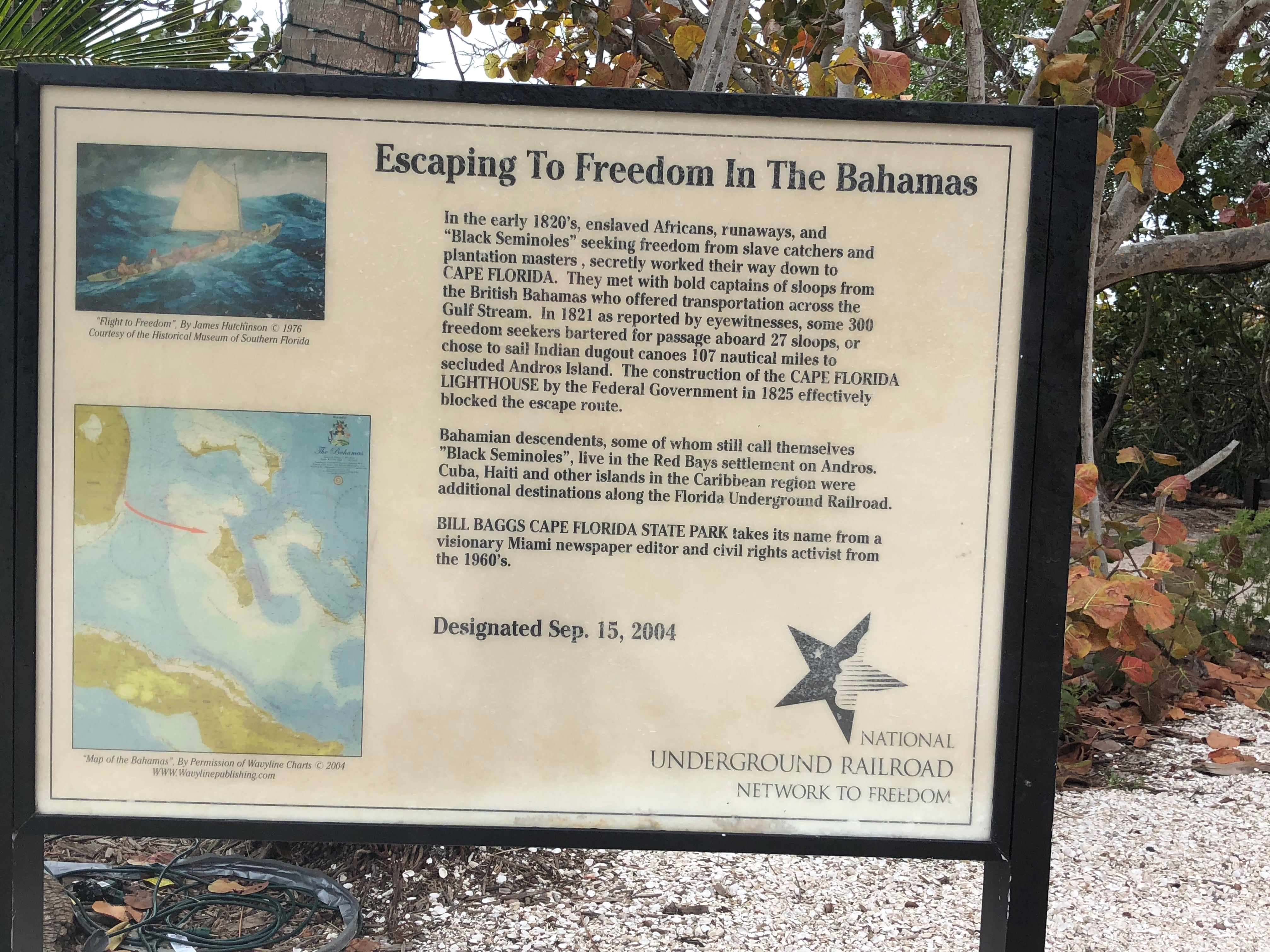 I had always thought about the Underground Railroad in terms of it going north. So I learned something new.

I loved the glimpses of Miami I had on the trails. 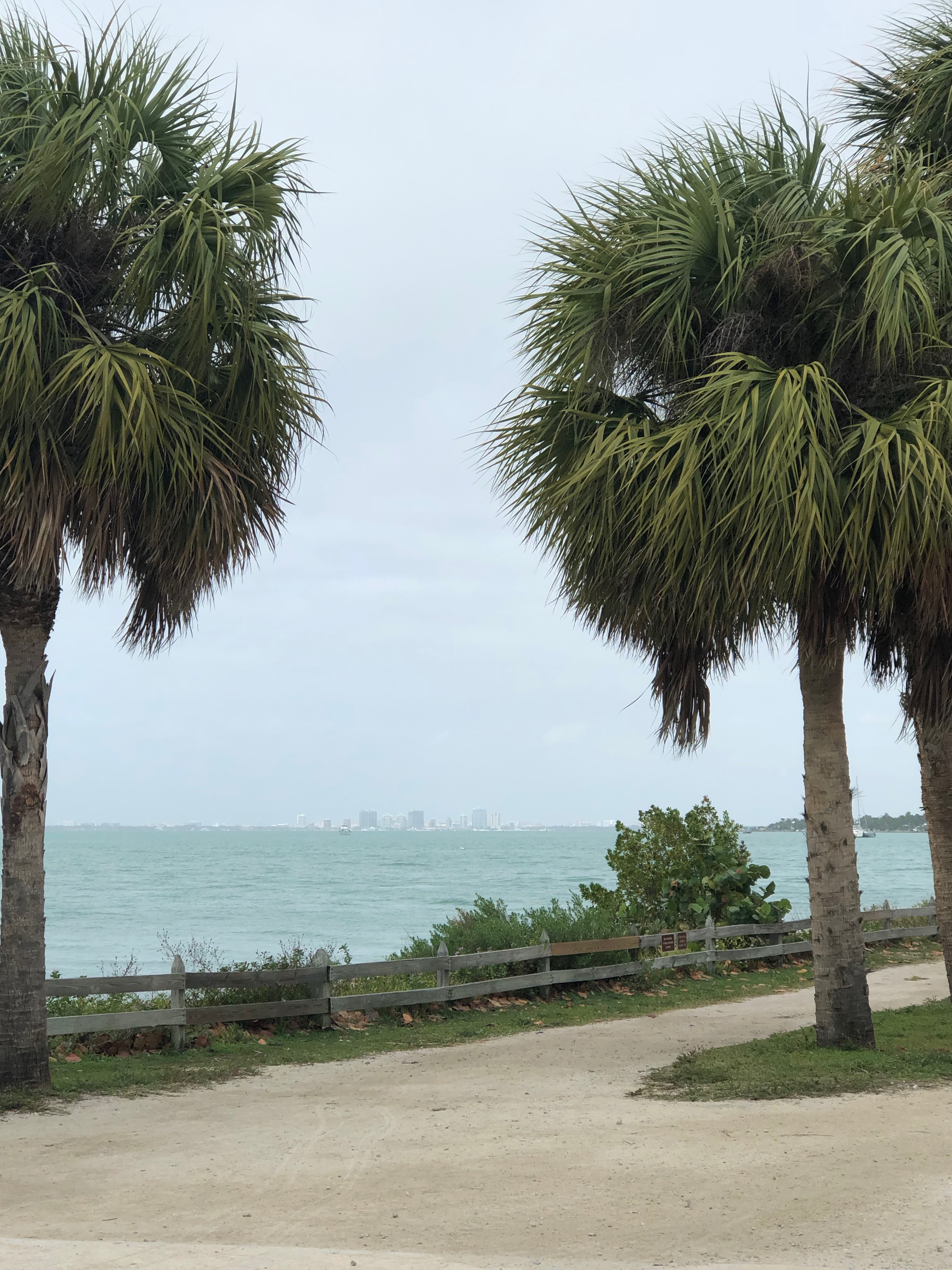 For my international readers, a key is another name for a barrier island. I am very familiar with them from having lived in North Carolina so long. They tend to be wind-swept and the vegetation scrubby.

I rode back to the bike shop and asked the man in charge to take a picture of me. He suggested I take off my helmet and wide-brimmed hat, but I decided to leave them on. I figured I’d take the next picture without them. But when the man took the picture, he decided he liked it and didn’t think I needed another

Oh, yeah, me with my headgear. I do look pretty ridiculous. But happy with myself. 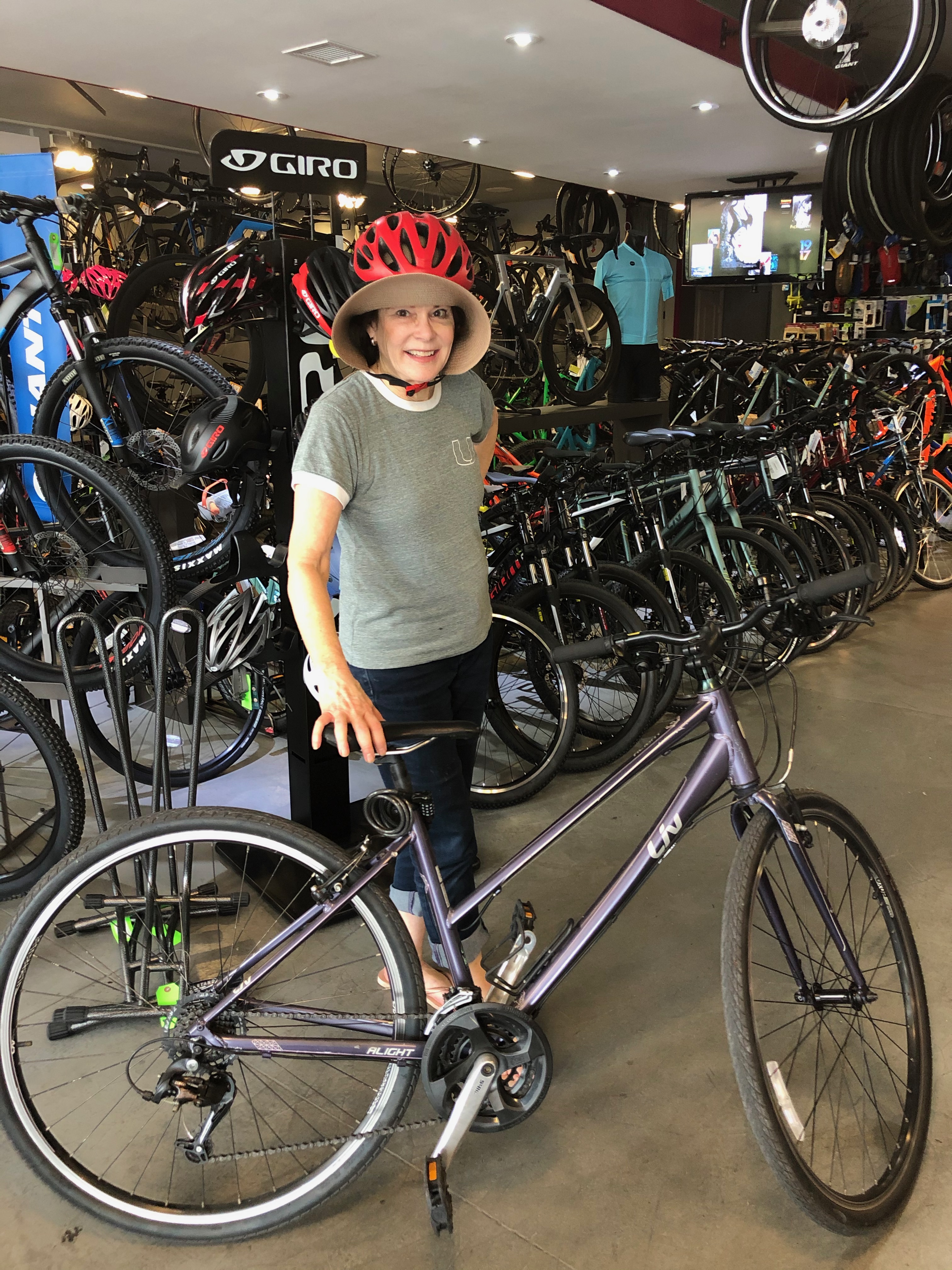 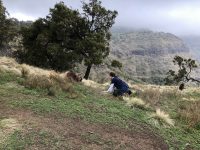