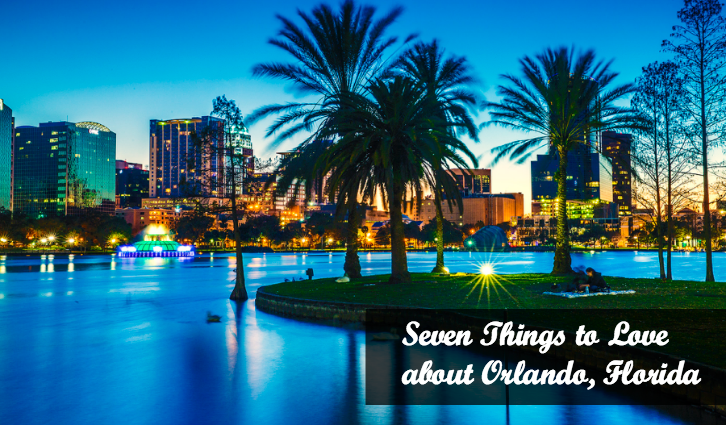 For the past 10+ years I’ve owned property in Orlando, Florida. People are often surprised when I tell them how much I like the city. The surprise – which is maybe more like confusion – arises from the fact that downtown Orlando is about 15 miles away from downtown Disney.

Whatever you think of theme parks, they have nothing to do with the city of Orlando except they provide plentiful jobs and pay taxes to Orange County, Florida.

Above is a picture of Lake Eola in the evening, which is encircled by a 0.9-mile path. People of all ages and backgrounds enjoy walking the path, making Lake Eola a place where the diverse city populations mix and mingle.

My condo is a couple blocks from Lake Eola, and I can walk to everything: the grocery store, the cleaners, the hair salon, the YMCA, the movie theater, the Dr. Phillips Performing Arts Center (see below) and plenty of restaurants and bars.

Speaking of lakes, Orlando is built around one hundred. Most residential neighborhoods are identified by the lake in their midst. For instance one friend of mine lives in the Lake Ivanhoe neighborhood, another one’s backyard opens onto Lake Estelle. I’ve come to appreciate Orlando’s particular beauty. 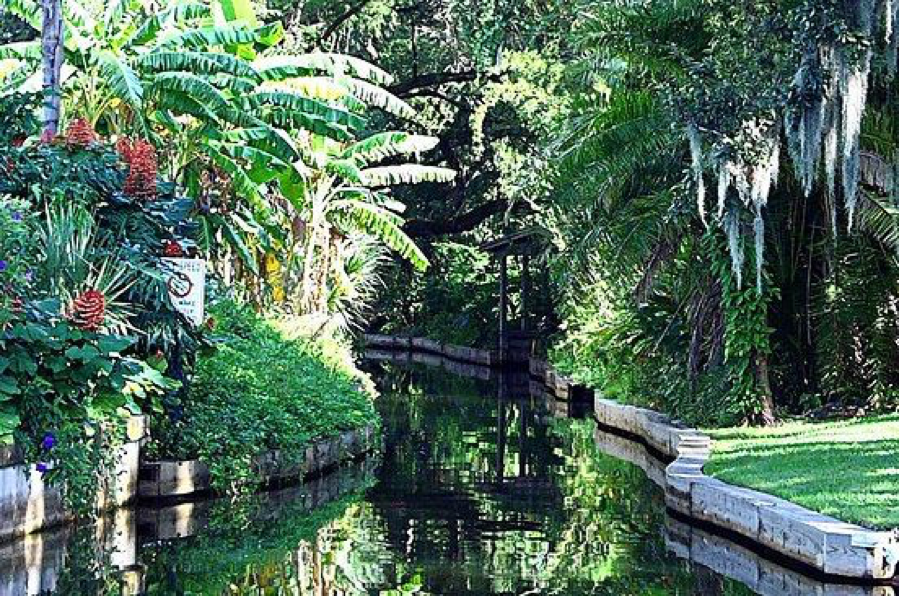 A canal in the Winter Park chain of lakes

In the 1960s and ‘70s many U.S. cities built ring roads around their downtowns to manage traffic. With downtowns now reviving all across the U.S., these ring roads pose physical and psychological barriers to adjoining neighborhoods. These days, city planners are scratching their heads what to do about these outdated concrete nooses.

Orlando’s I-4, which runs northeast to southwest, is not a ring road. Thus Lake Eola Heights, the first neighborhood to the north of downtown, is completely continuous with city center. You know you’ve left downtown only when you notice you’re in a tree-lined residential neighborhood. 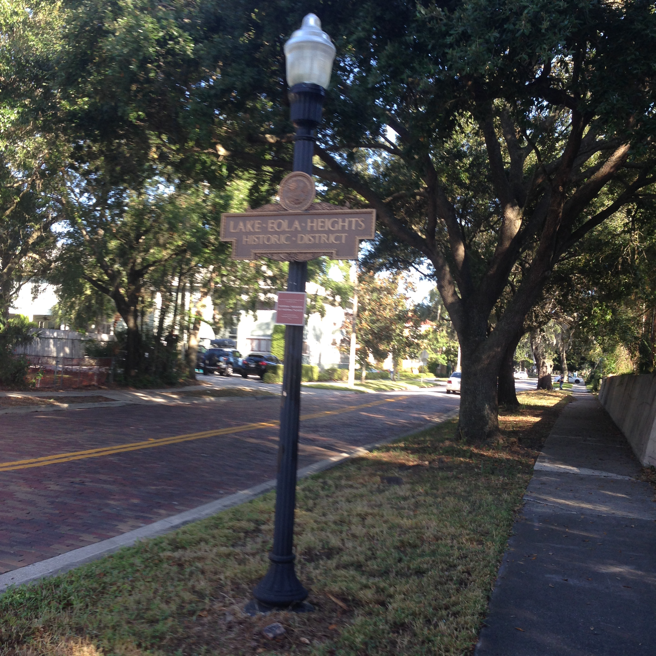 At the corner of Summerlin and Robinson, a block from Lake Eola

Thornton Park is the first neighborhood to the east of downtown. One of its main shopping drags, Washington Street, dead ends into Lake Eola Park.

For me part of the pleasantness of living downtown comes from the fact that I don’t feel strangled off from the rest of the city.

The annual high temperature is 82.4, the annual low 64.3. The overall average is 73.3. Of course it’s gets pretty darned hot and sticky in June, July and August, but I’m never there then. 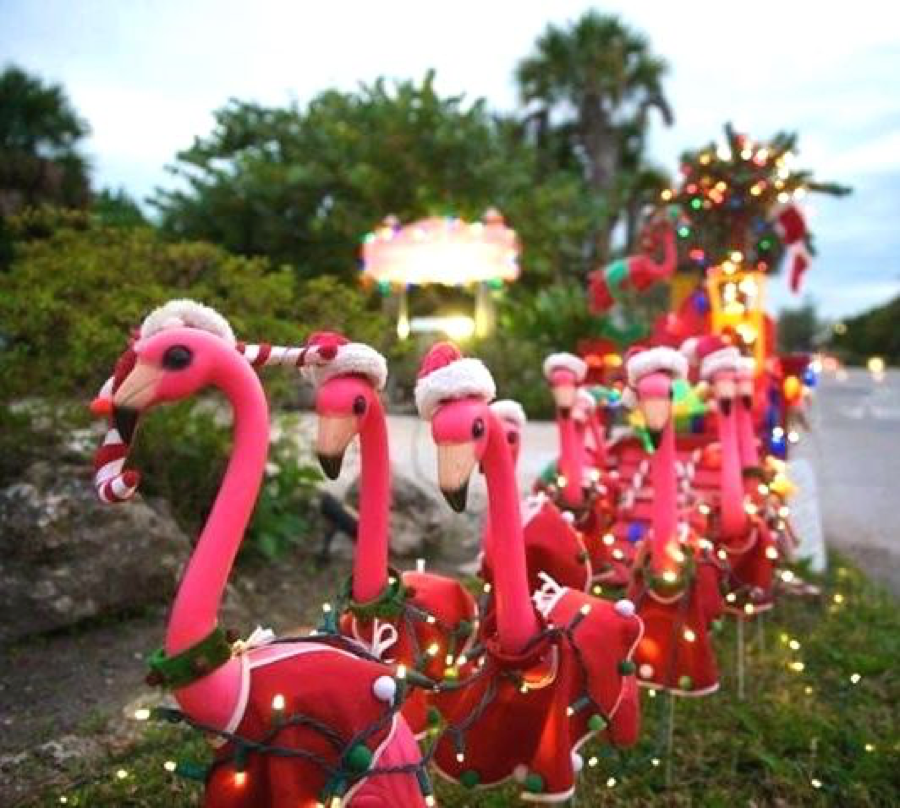 Yard flamingos dressed with Santa hats and palm trees wrapped with pink and aqua Christmas lights are just fine with me.

Ten years ago there weren’t as many good places to eat as there are now. The same is true of Durham, North Carolina, which is officially a foodie town, at least according to the New York Times. I’m not sure the Times has yet similarly dubbed Orlando, but they did put Orlando in the #13 spot of 52 places to go in 2015.

As for restaurants the Times also mentioned the James Beard nominated James and Julie Petrakis, the team behind The Ravenous Pig (1234 N. Orange Avenue) and the Cask & Larder (565 W. Fairbanks Avenue).

5. The Dr. Phillip’s Center for the Performing Arts

This magnificent center opened in 2014. 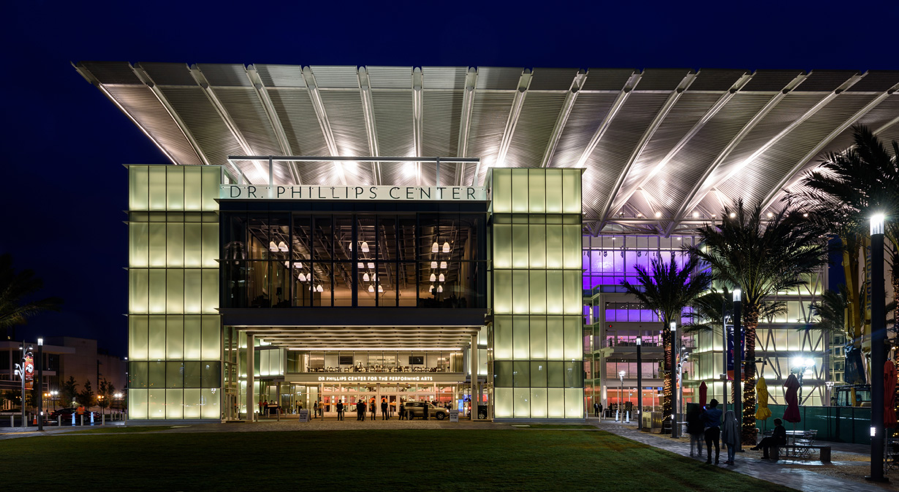 Founded in 1885 Rollins is a private, co-educational liberal arts college, and the first recognized college in Florida. It’s campus is a jewel, with the main entrance off right off snazzy Park Avenue in Winter Park. 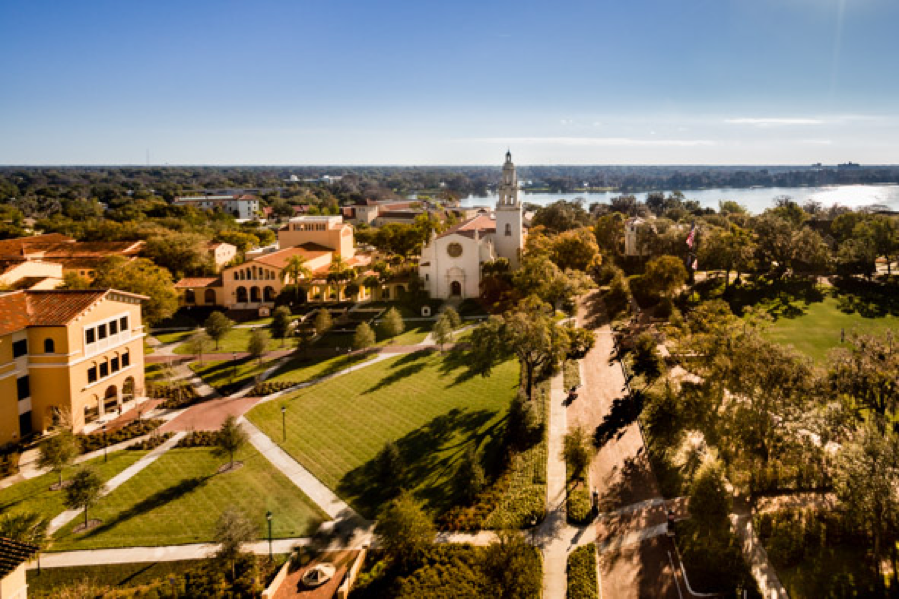 Lake Virginia is in the background.

Central Florida is made up of four counties: Lake, Seminole, Orange and Osceola.

The Everglades come as far north as Osceola County. 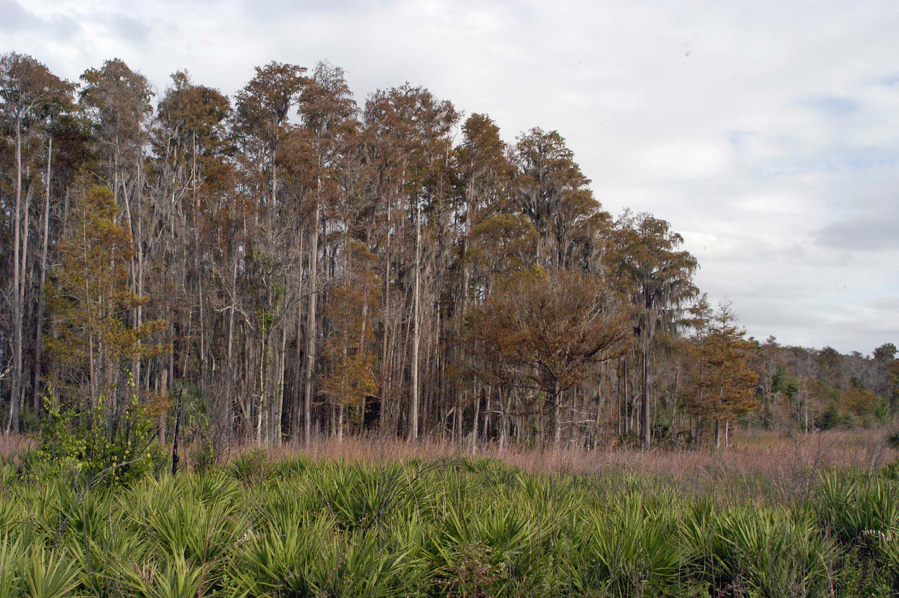 The Everglades are not a swamp. It’s a slow-moving, fifty-mile-wide river.

The gorgeous St. John’s River meanders through all four Central Florida counties, among many others along the eastern coast of the state.

Wekiva Springs in Orange County is a treasure and, among many other places in Florida, is also home to manatees. 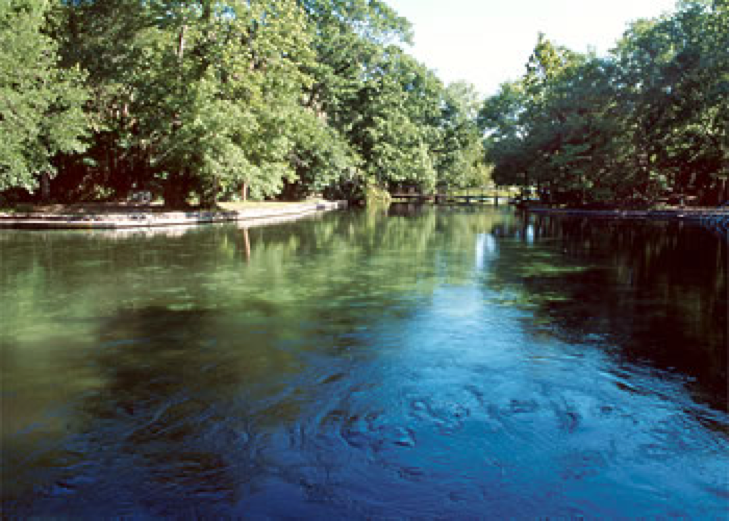 To see a manatee up close watch: 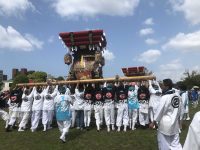