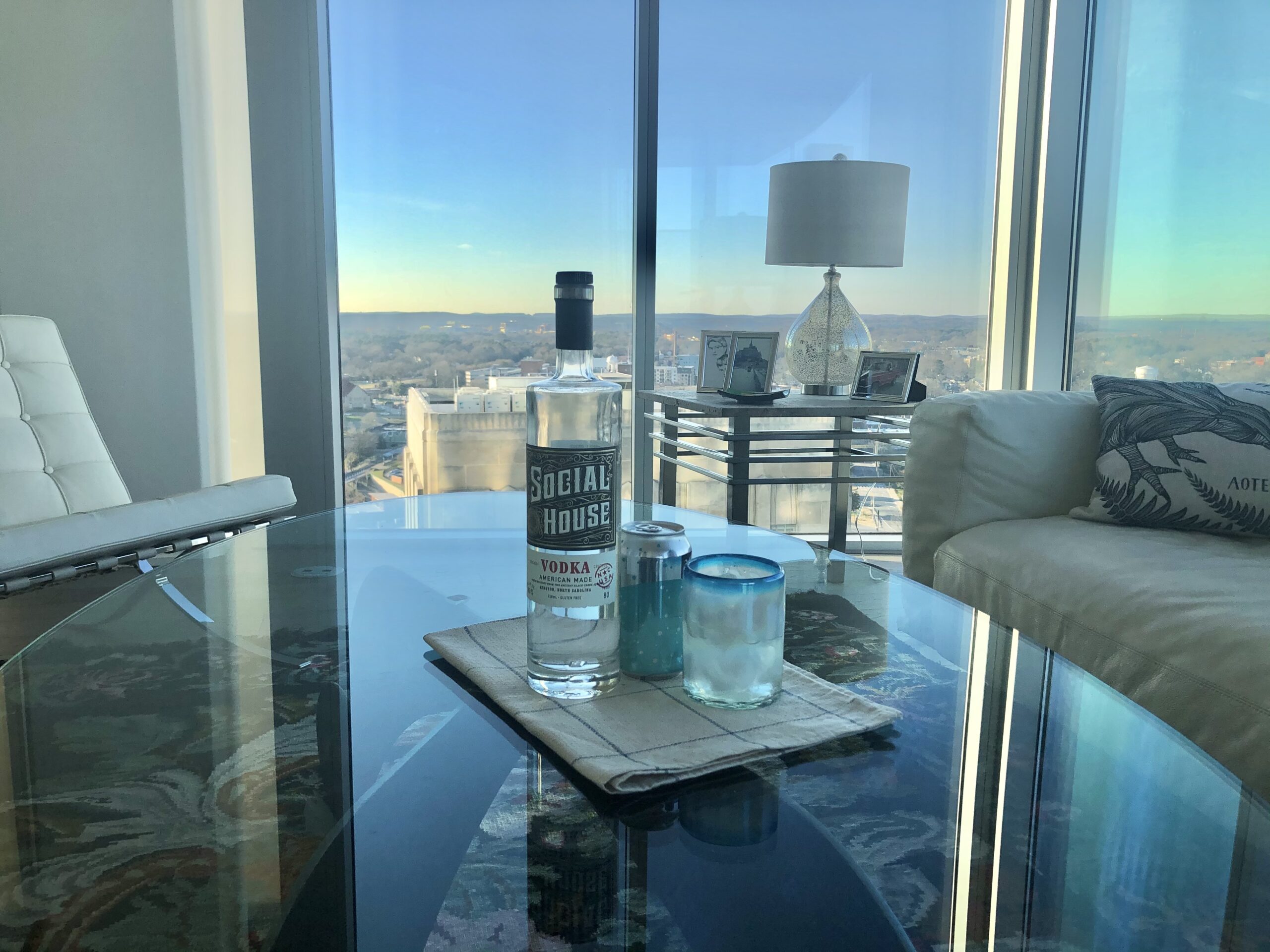 To continue ringing in the New Year my theme today is alcohol. Particularly, in the context of watching various foreign language movies and series over the past 10 months. How strange it was for me to be watching a Norwegian series last week and to learn the name of my drink of choice, namely vodka soda. What do the Norwegians call it? Skinny Bitch (in English, also title image).

The series I watched has the English title Home for Christmas. English speakers shouldn’t have a hard time understanding the Norwegian title since hjem is ‘home’ and Jul is, well, ‘Yule.’ I promise you, the characters say “God Jul” to one another – a lot.

I was unable to find a trailer with English subtitles. I had to make do with Dutch. Sorry!

(Speaking of which, see Sorry: A Word With Global Uptake)

The gist of the scene is that the main character, Johanne, under family pressure, invents a boyfriend. She says he will come to Christmas dinner. And, thus, having a partner, she will escape the fate of sitting at the kid’s end of the table. Instead, she will take her rightful place with the other adults in her family.

The series revolves around the door bell ringing. And Johanne opening the door to discover whether the mystery man is on the other side.

There’s a scene when Johanne is in a bar with a potential boyfriend. She orders wine. He replies that it’s Christmas and she should order something jazzier. (This is what I’m getting from the subtitles.) She makes a stab at something more festive by ordering in English, Skinny Bitch. The boyfriend scoffs and says that’s just vodka soda. And proceeds to order her, in English, Sex on the Beach.

Intriguing exchange. I thought it odd that Norwegians would know the name of my drink in English but not me. A quick Google search of the name lead me to the Absolut Vodka website. So they’re the ones who invented it. Okay, got it. Absolut is a Swedish brand. Norway is next to Sweden. Mystery solved.

(Although, from now on, I’ll still privately think of my drink as Skinny Bitch.)

Skinny Bitch and the History of Cocktails

The origin of the word cocktail is disputed. And not everyone agrees that it’s an American invention. The first record of use of the word in the US is 1803. And the first use in the UK is 1798.

Whatever the case, whatever the origin, cocktail culture has flourished over the past few centuries. Off the top of my head I can name: Manhattan, Martini, Old Fashioned, White Russian, Moscow Mule, Gin Fizz, Dark and Stormy, Cosmopolitan, Mint Julep (does this one count? I think so), Piña Colada, Bloody Mary, Mimosa, Long Island Iced Tea, Singapore Sling and Daiquiri.

Should I be proud of myself? Uh, no.

As for the last two on the list, I have actually walked by the hotel in Singapore whose bar first offered its Sling: 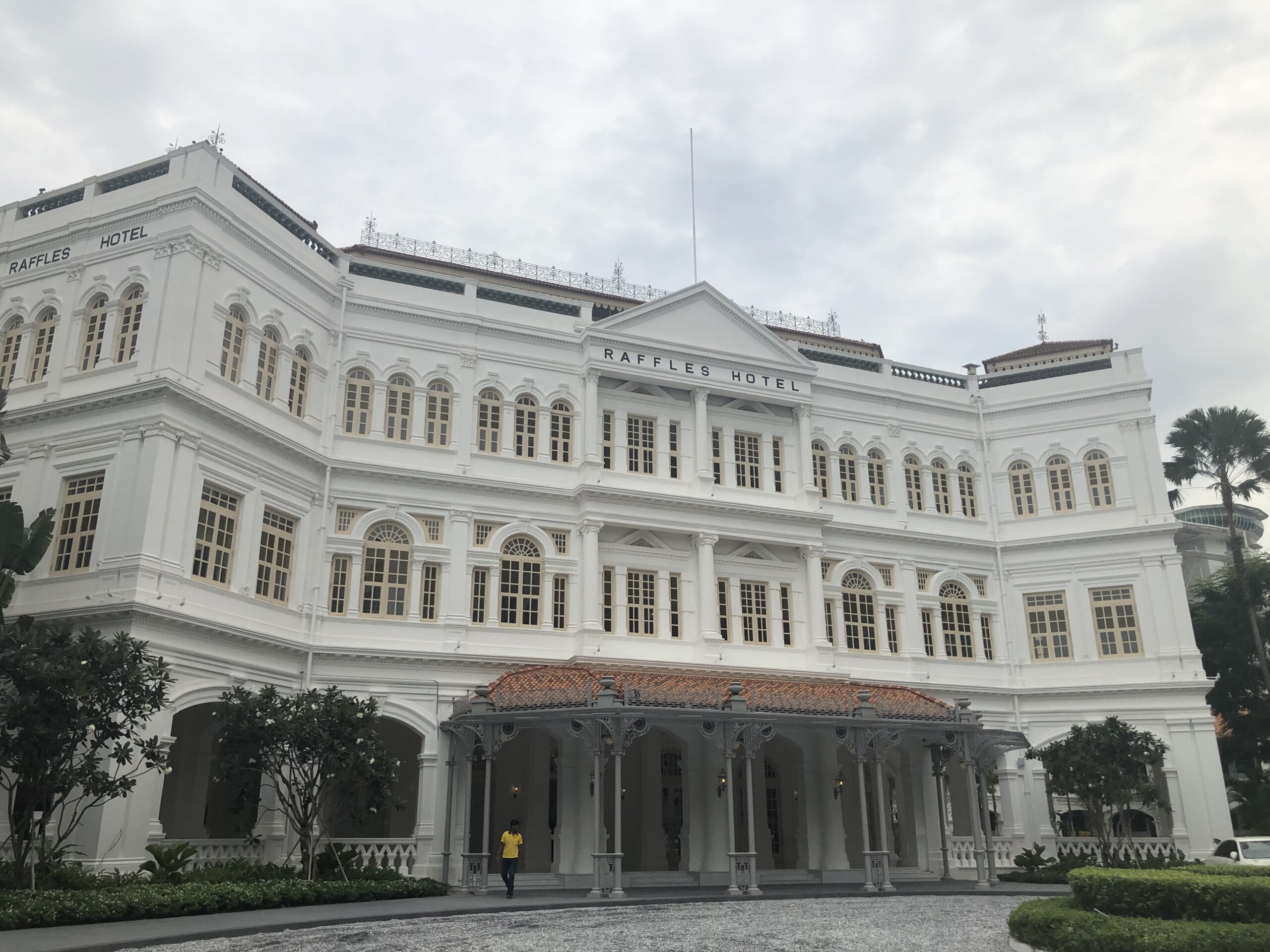 Ngiam Tong Boon invented the Singapore Sling sometime before 1915. He worked at the Long Bar in the Raffles Hotel

Unfortunately, when I was there in 2019, the hotel was closed for renovations.

As for the Daiquiri, it hails from Havana. And in 2017 I was able to go to the bar for which it is famous. The Floridita was a Hemingway hangout, if I recall correctly. 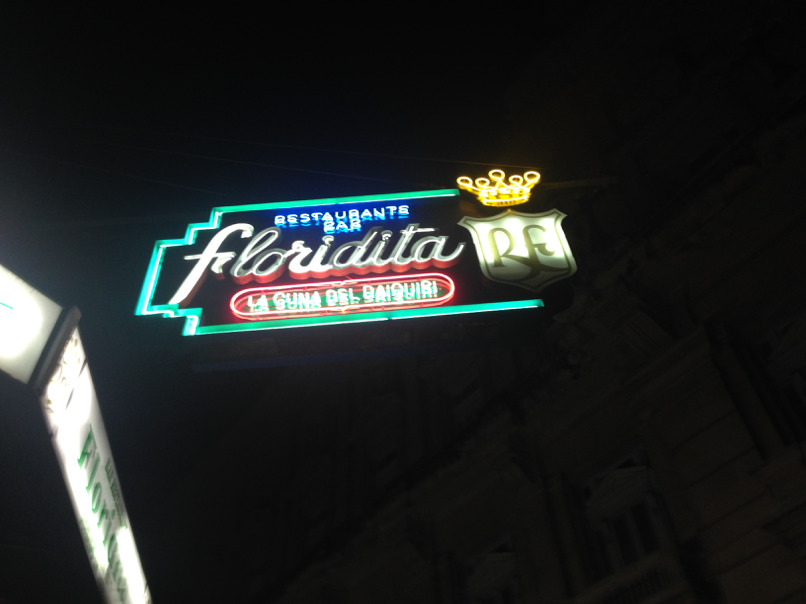 An American mining engineer, Jennings Cox, gets the nod for having created this drink during the Spanish-American war (1998) when he was stationed in Cuba . The name is from Cuban beach. Of Taino origin. 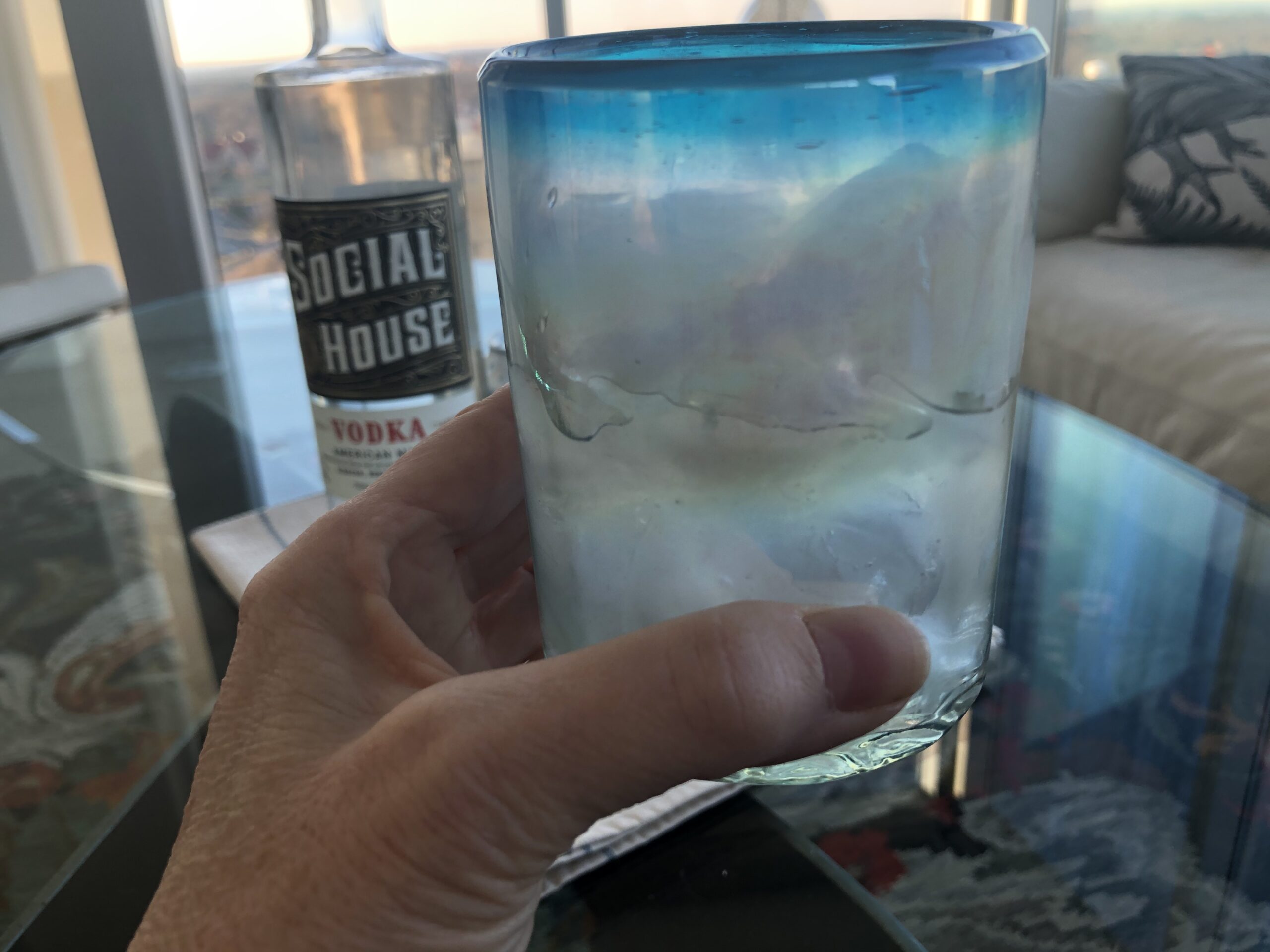 For more on cocktails, see Cara Conway’s A Guide to the Most Popular Cocktails in the World