On my second day in Istanbul I ventured out of my neighborhood of Beyoğlu and walked across the Galata Bridge spanning the waterway known as the Golden Horn in order to get to the Asian side of Istanbul and the neighborhood of Sultanahmet.

I chose the Galata Bridge as the title image. The upper tier is for traffic, pedestrians and fishermen. The lower tier is a series of restaurants. 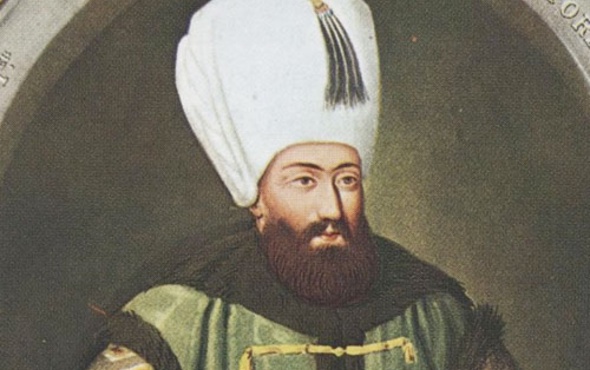 During his reign two of the six must-see sights in Sultanahmet were built: 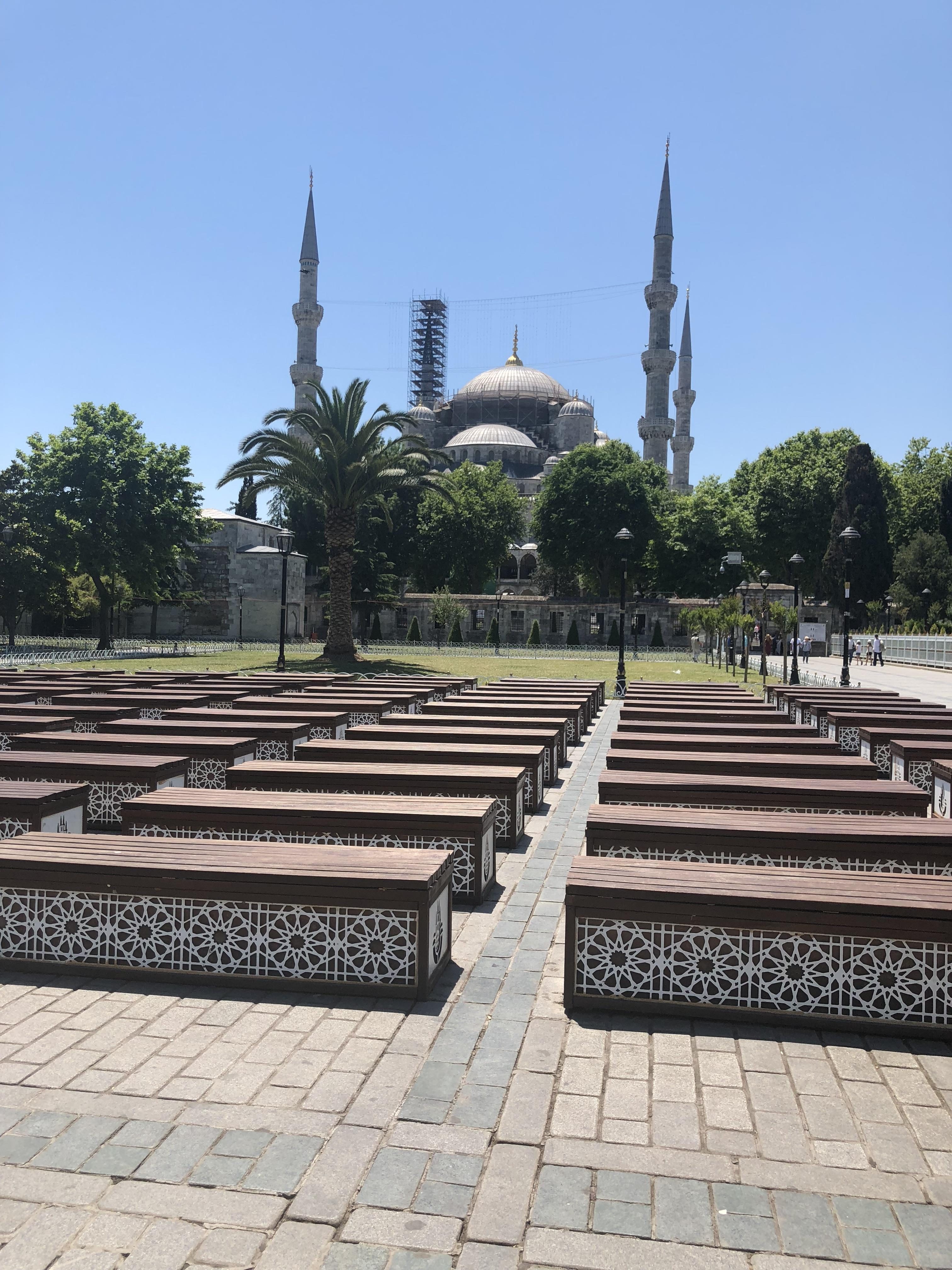 Here’s the main entrance to the Topkapi grounds: 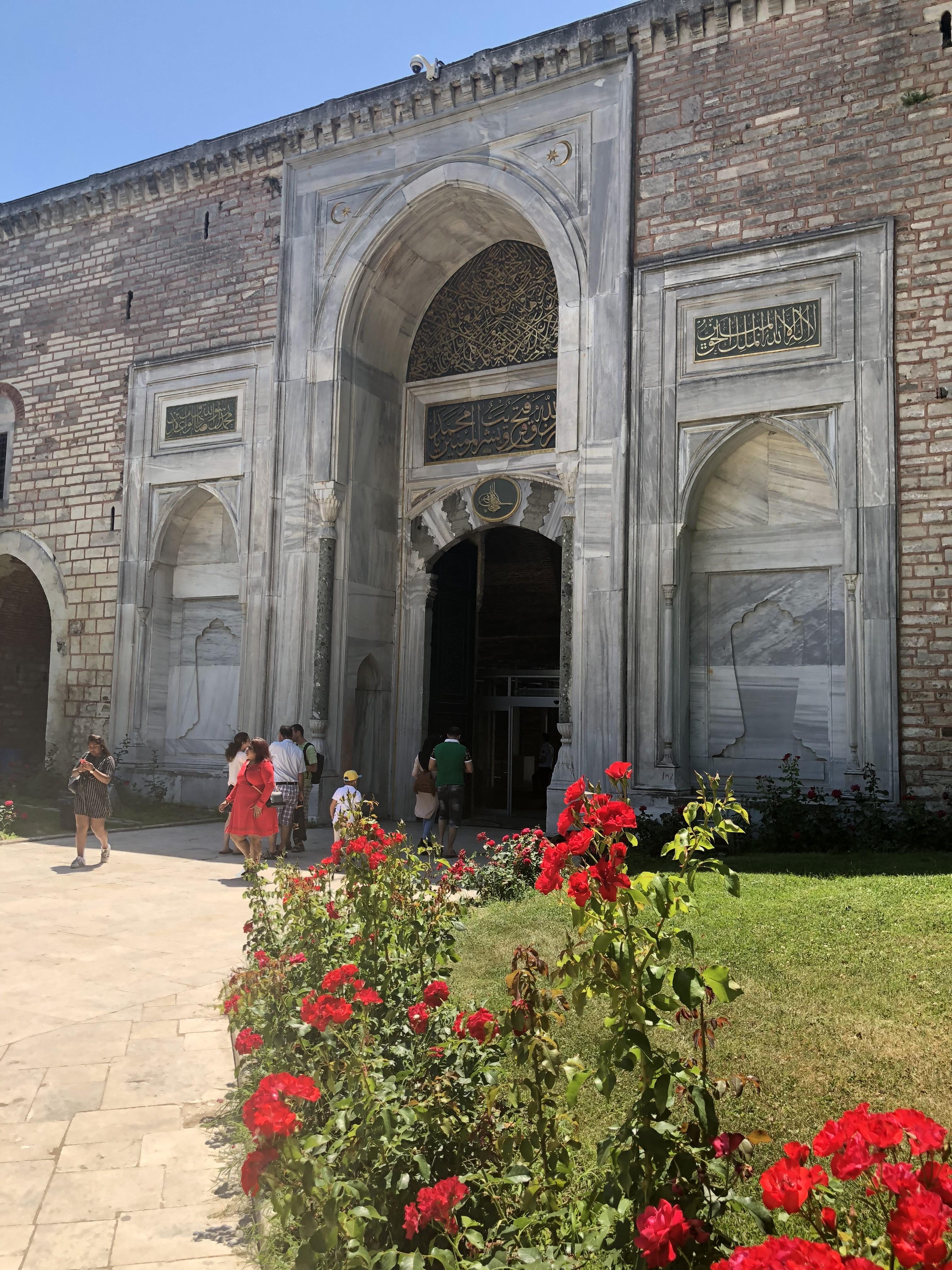 It opens onto a beautiful park: At one end of the park is the entrance to Topkapi Palace: 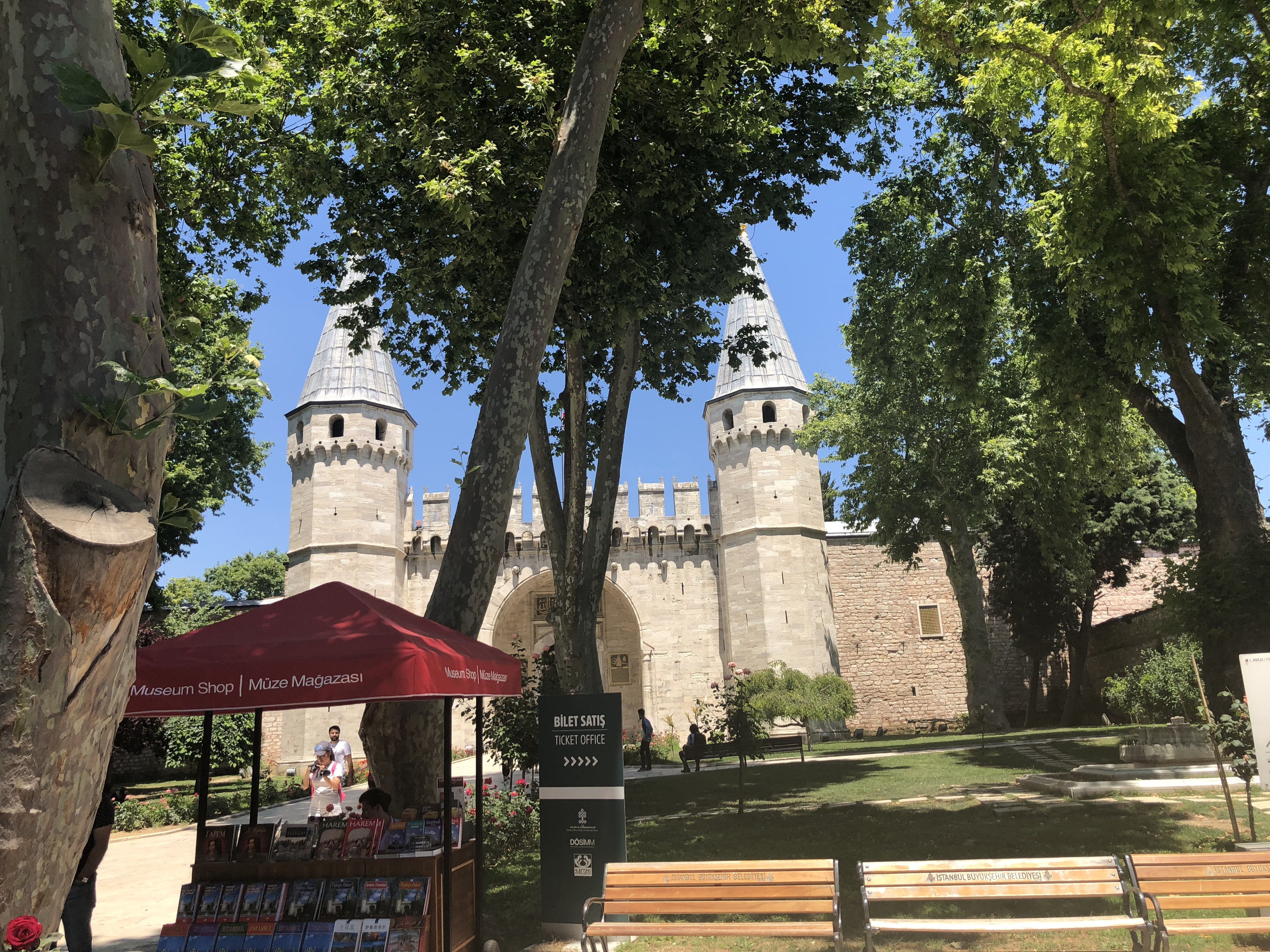 Full disclosure: I’ve been to all these places before, so I didn’t go in any of them. You simply cannot do everything in Sultanahmet in one day. Topkapi is a half-day at the very least.

To give you an idea here is but one treasure on display: 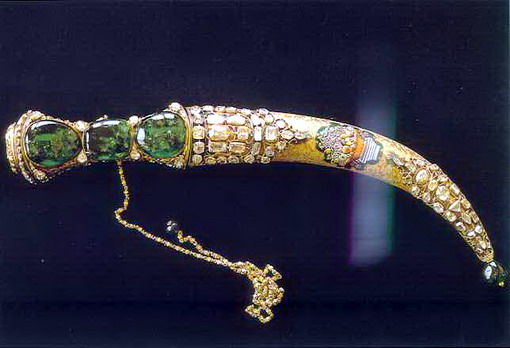 Sitting in front of the main entrance to the Topkapi grounds is the Hagia Sophia. It was built well before Sultan Ahmet’s reign and is one of the most important monuments in the world. It began life in the 6th century as a Greek Orthodox basilica under the direction of the Byzantine Emperor Justinian I. It was converted into a mosque in 1453. Since 1935 it has been a museum. 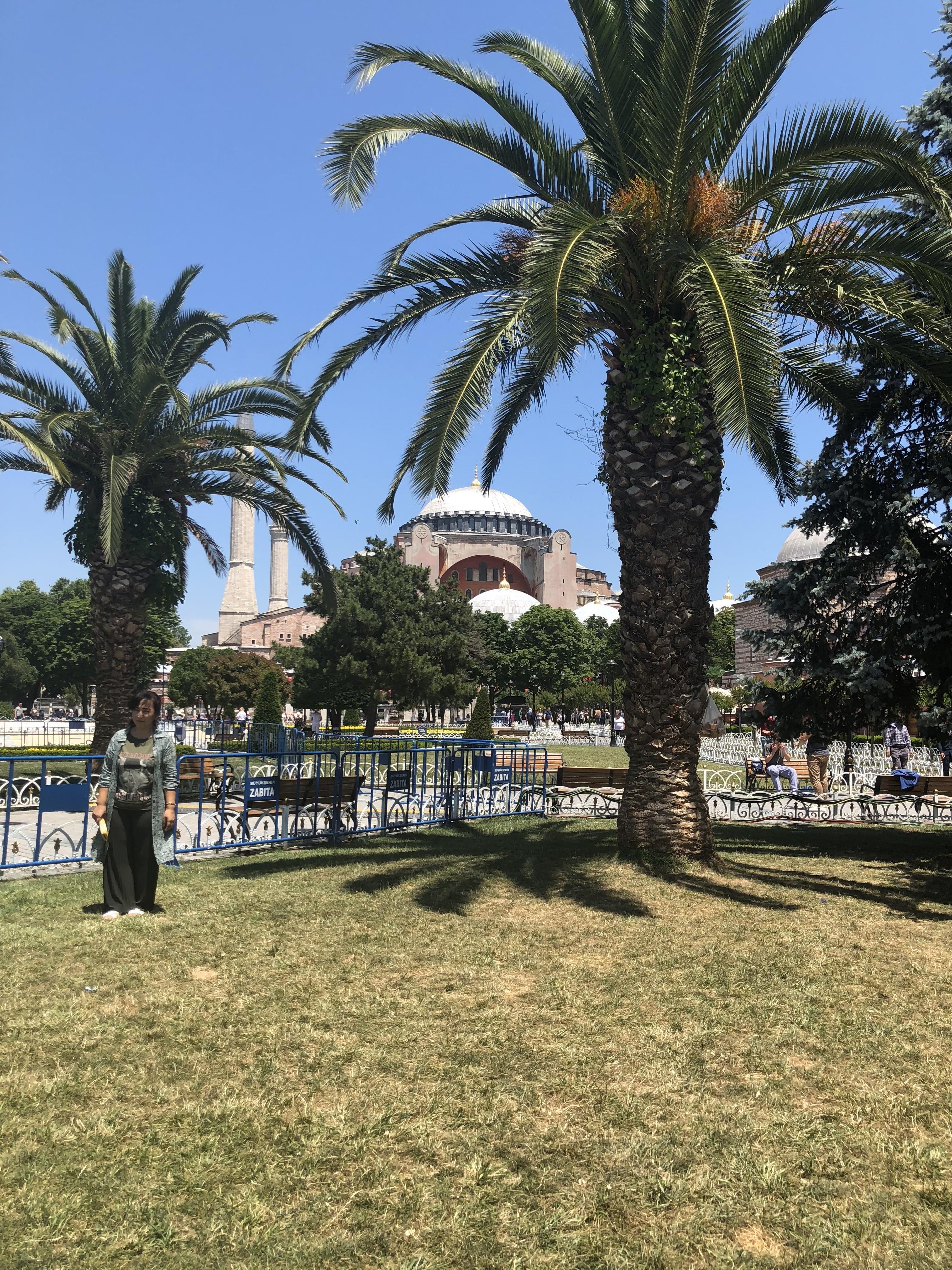 In front of the Hagia Sophia is a related hamam ‘Turkish bath.’ 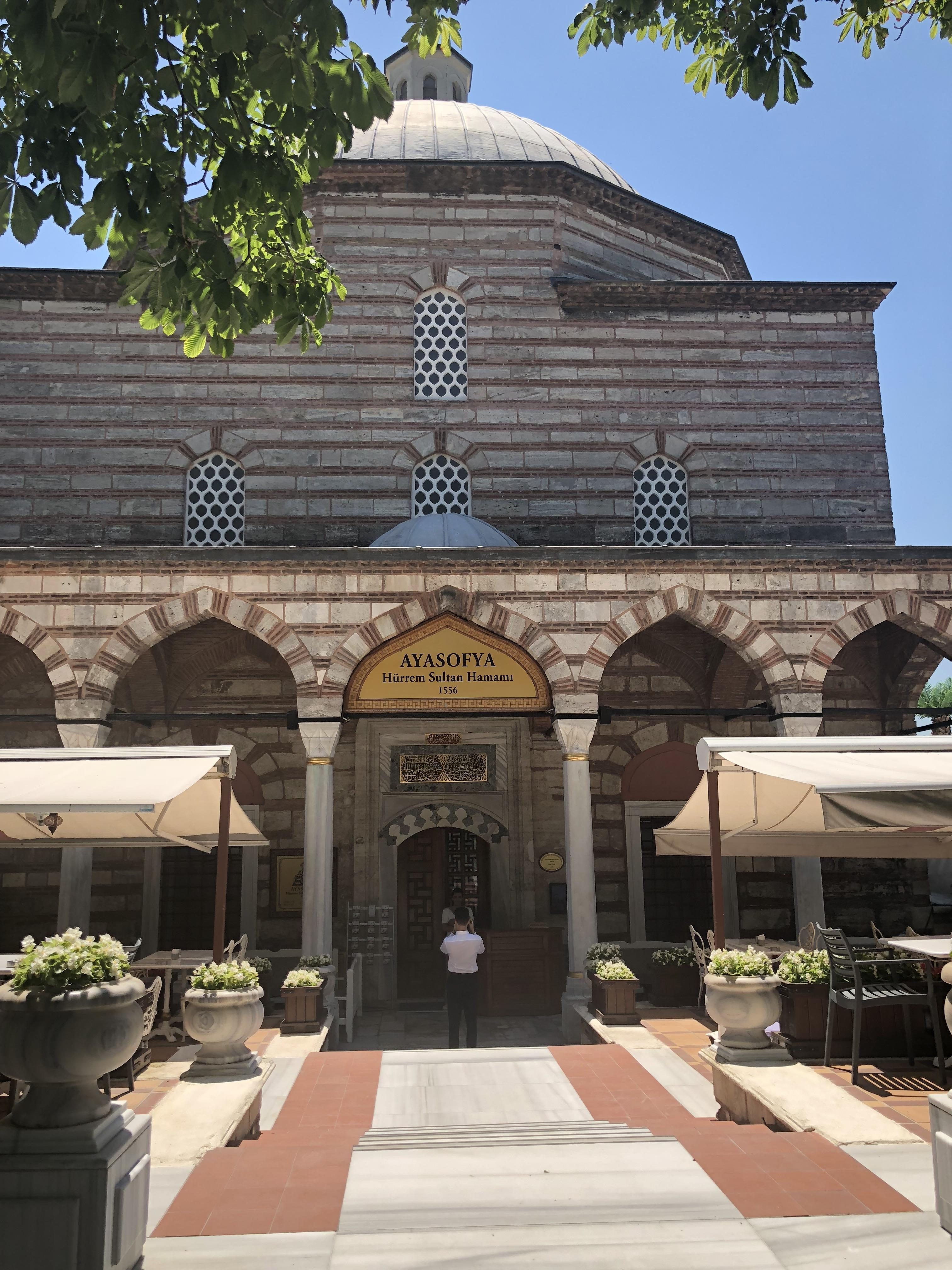 If you ever visit Turkey, you should really treat yourself to a hamam. It’s an experience and totally worth it.

Across the street from the Hagia Sophia is the 6th-century Justinian Cistern: 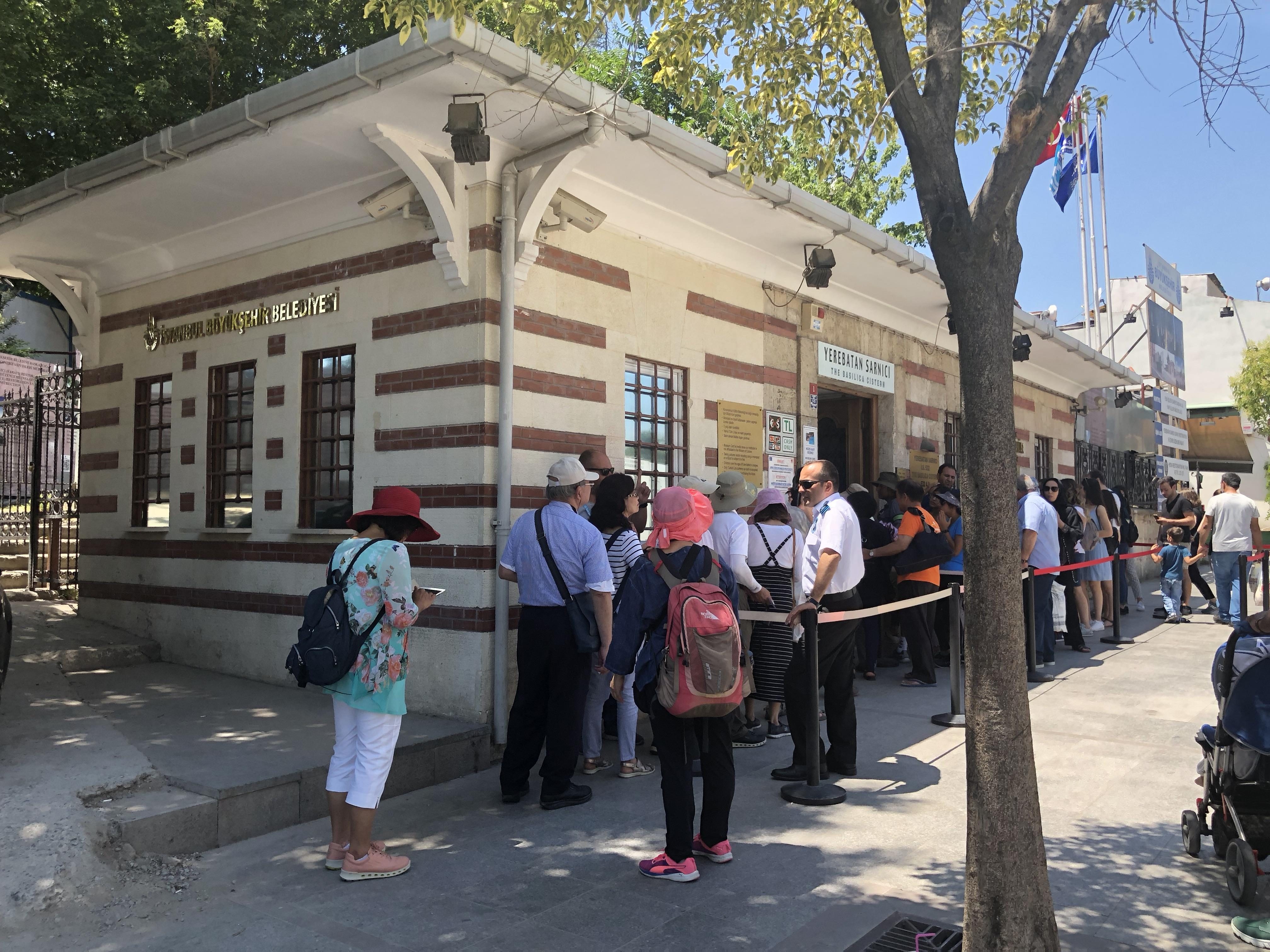 I’ll cheat and take an image off the web so you can see how spectacular this underground cistern is: 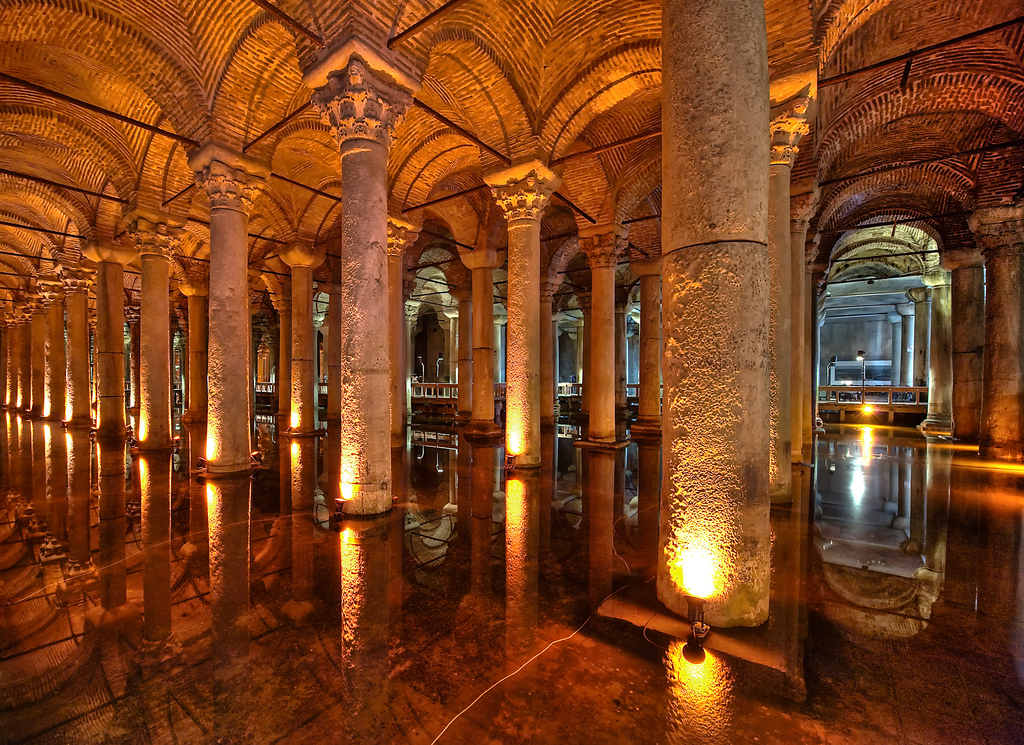 After visiting the four historical monuments, you’ll want to go up the main drag, Divanylou Caddesi: 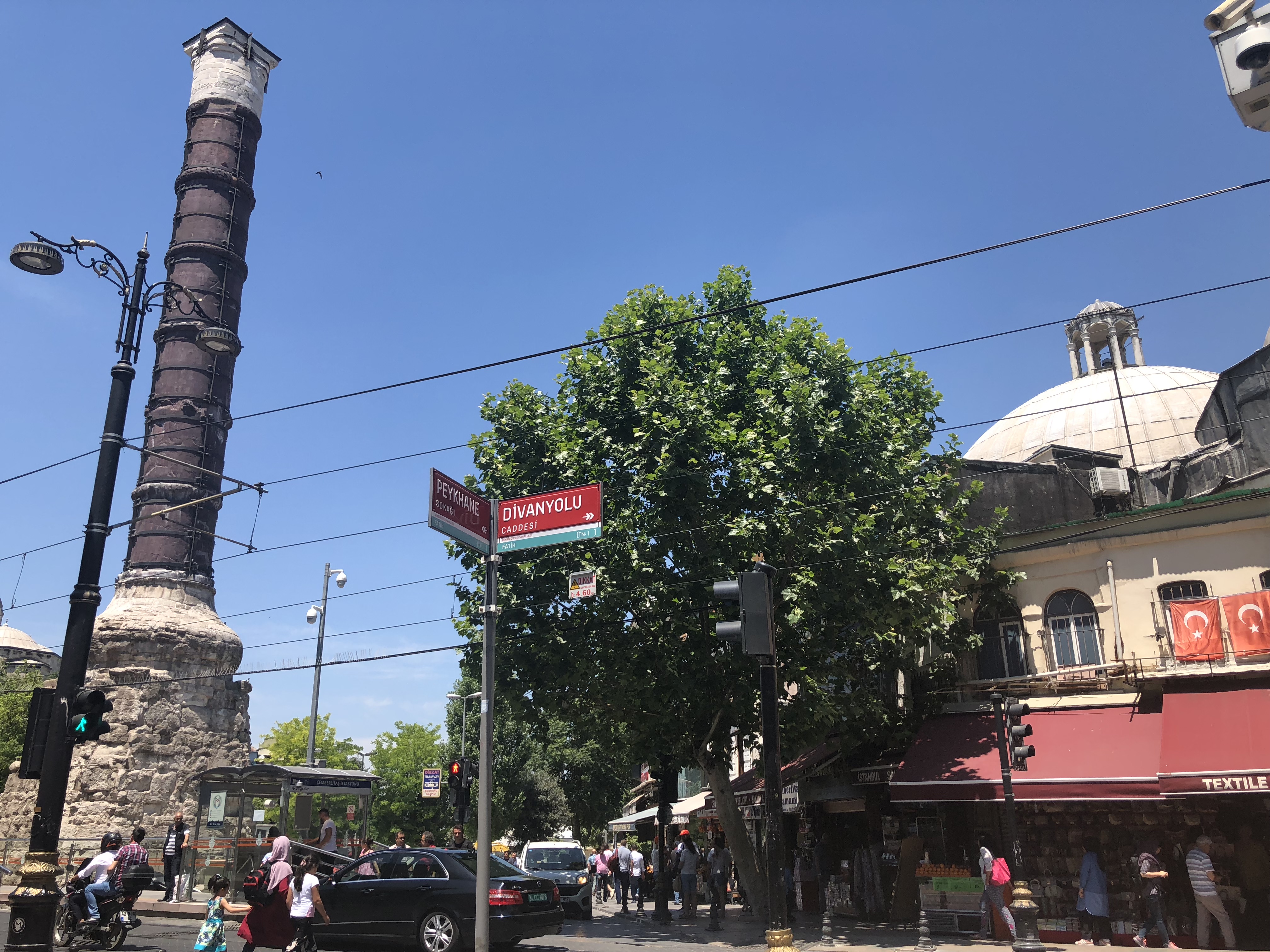 to the Grand Bazaar at the top of the street. Here’s one entrance: 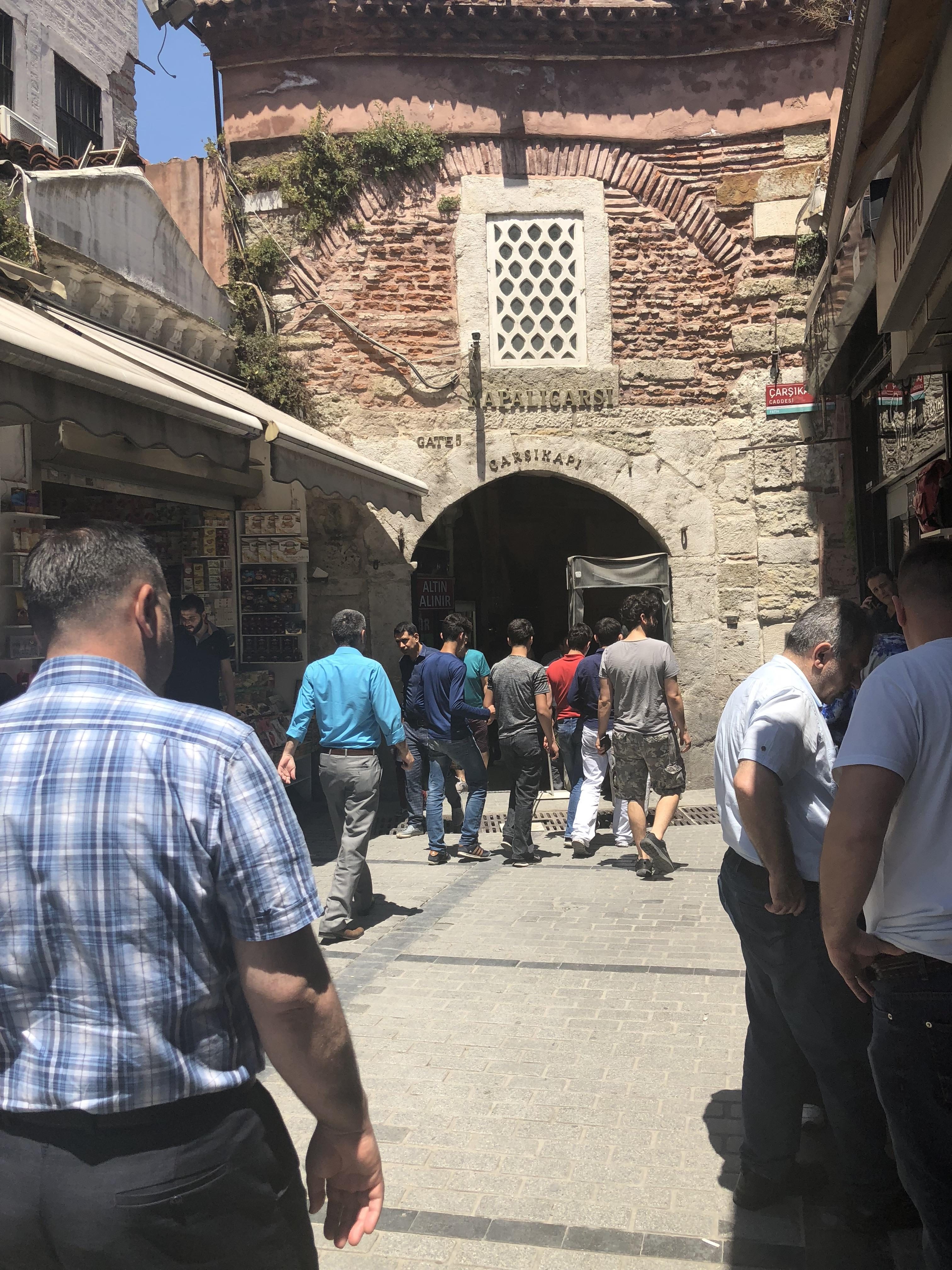 Okay I went in. It’s a market not a monument. 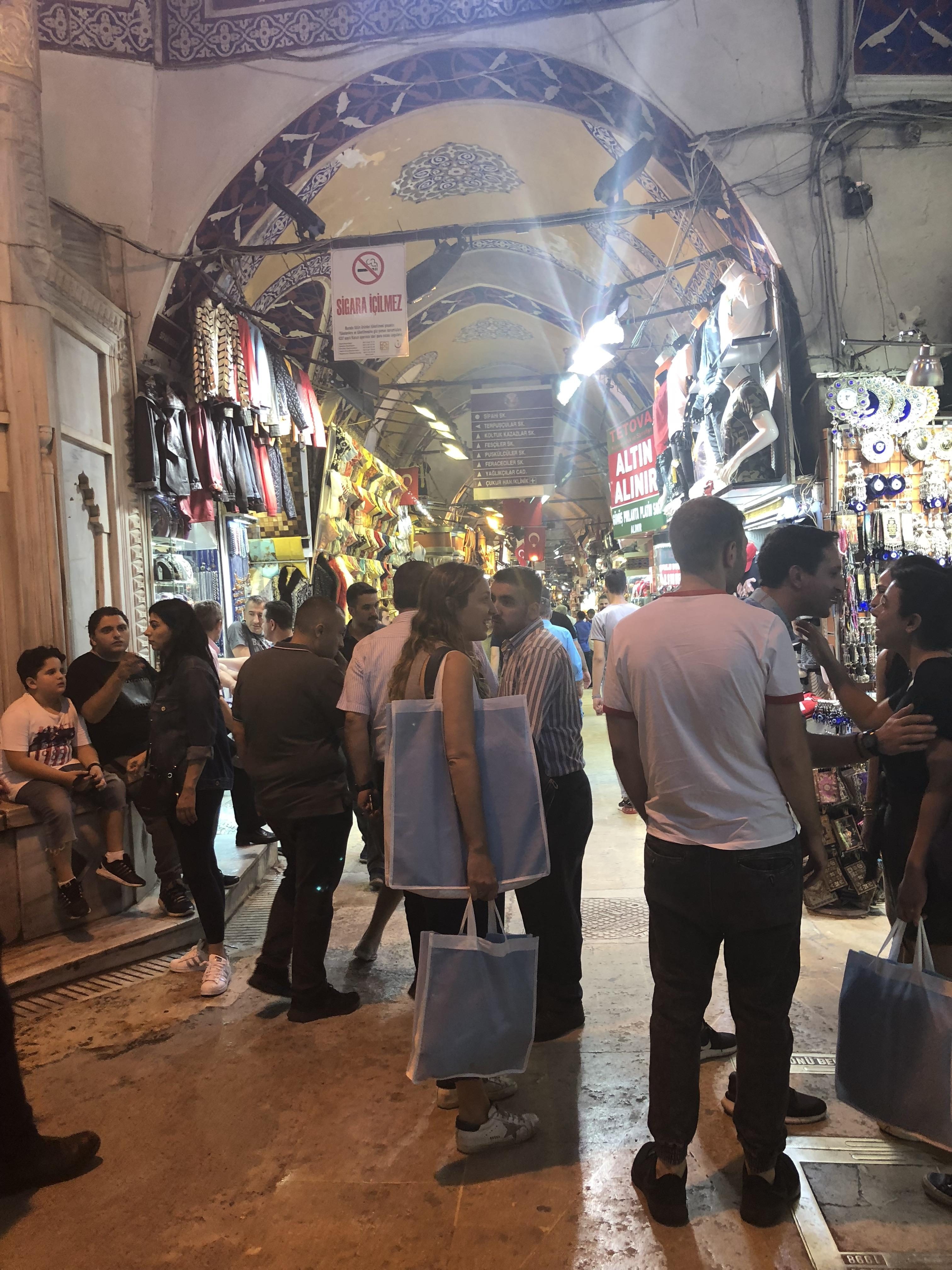 It’s a vast and complex warren of hallways that you can never see all of.

No matter what exit you take from the Grand Bazaar you can’t go wrong if you make your way down the hill in the direction of the Golden Horn. You will inevitably arrive at the Spice Market. 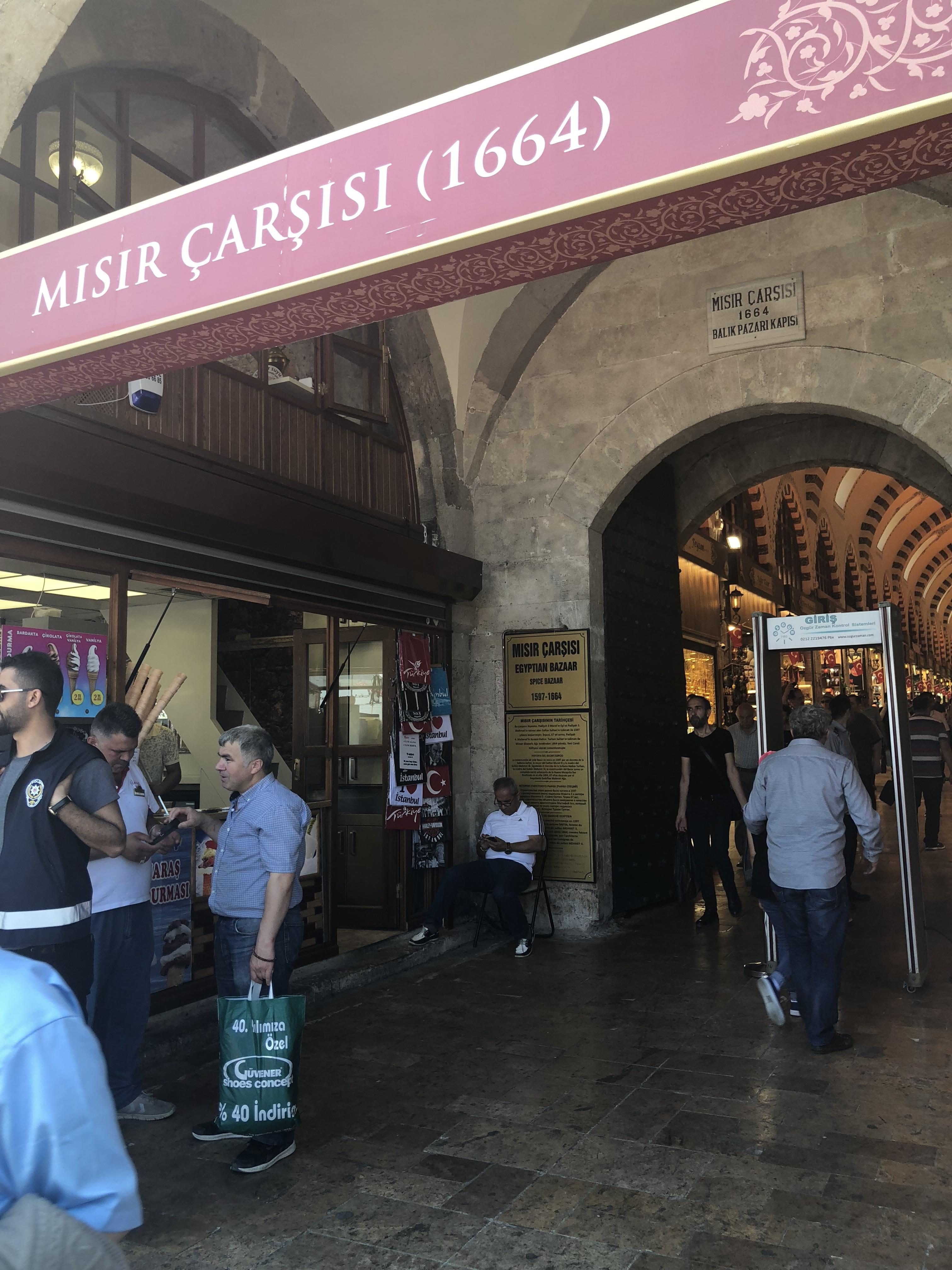 The last time I was in Istanbul was a couple of years ago. I don’t remember that they had metal detectors then at all the sights but they’re everywhere now 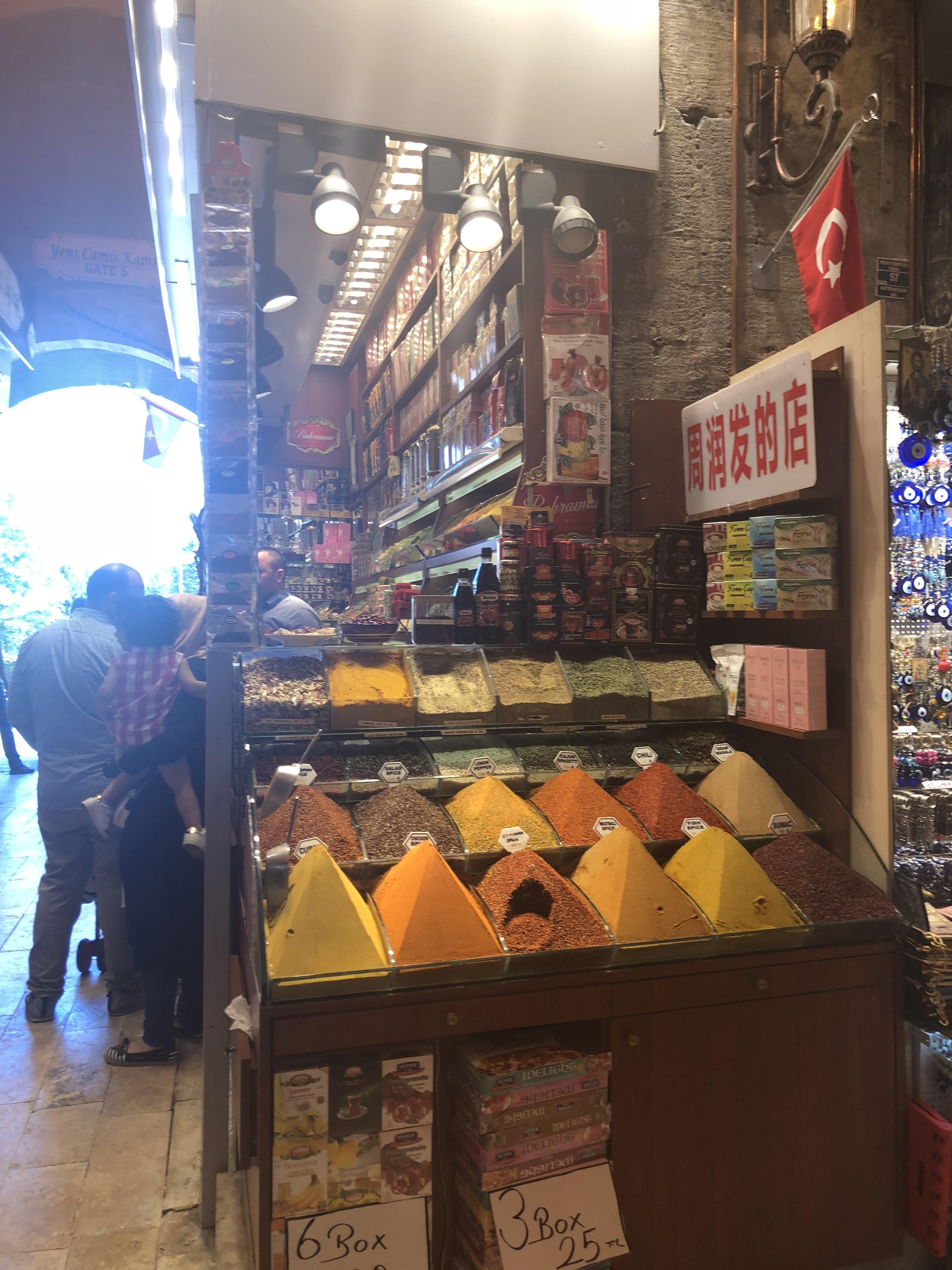 The Spice Market is across a busy street from all the ferries that take you from the Golden Horn into the Bosphorus which ultimately empties into the Black Sea. 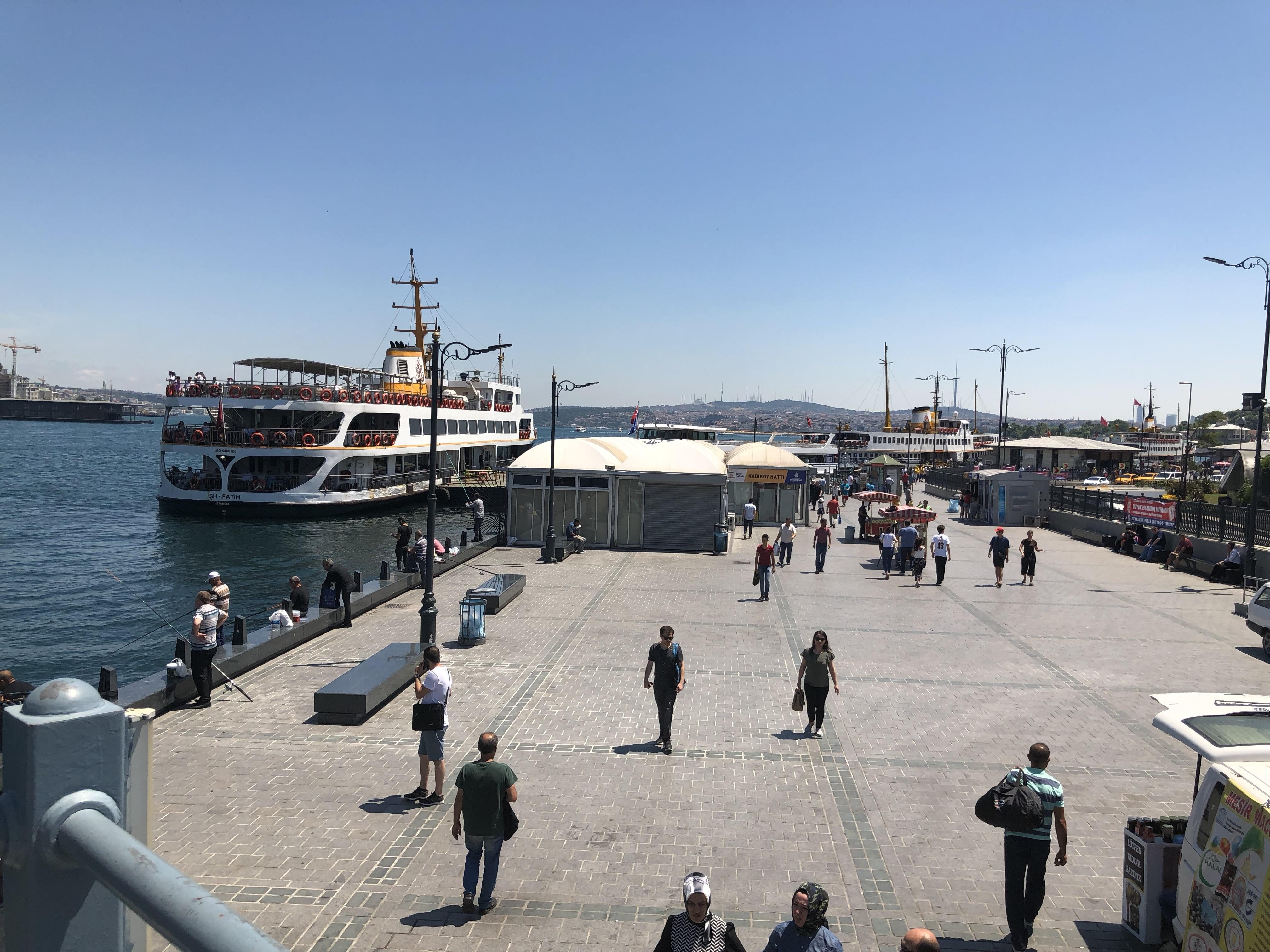 On the quay are the ever-present grilled corn stands: 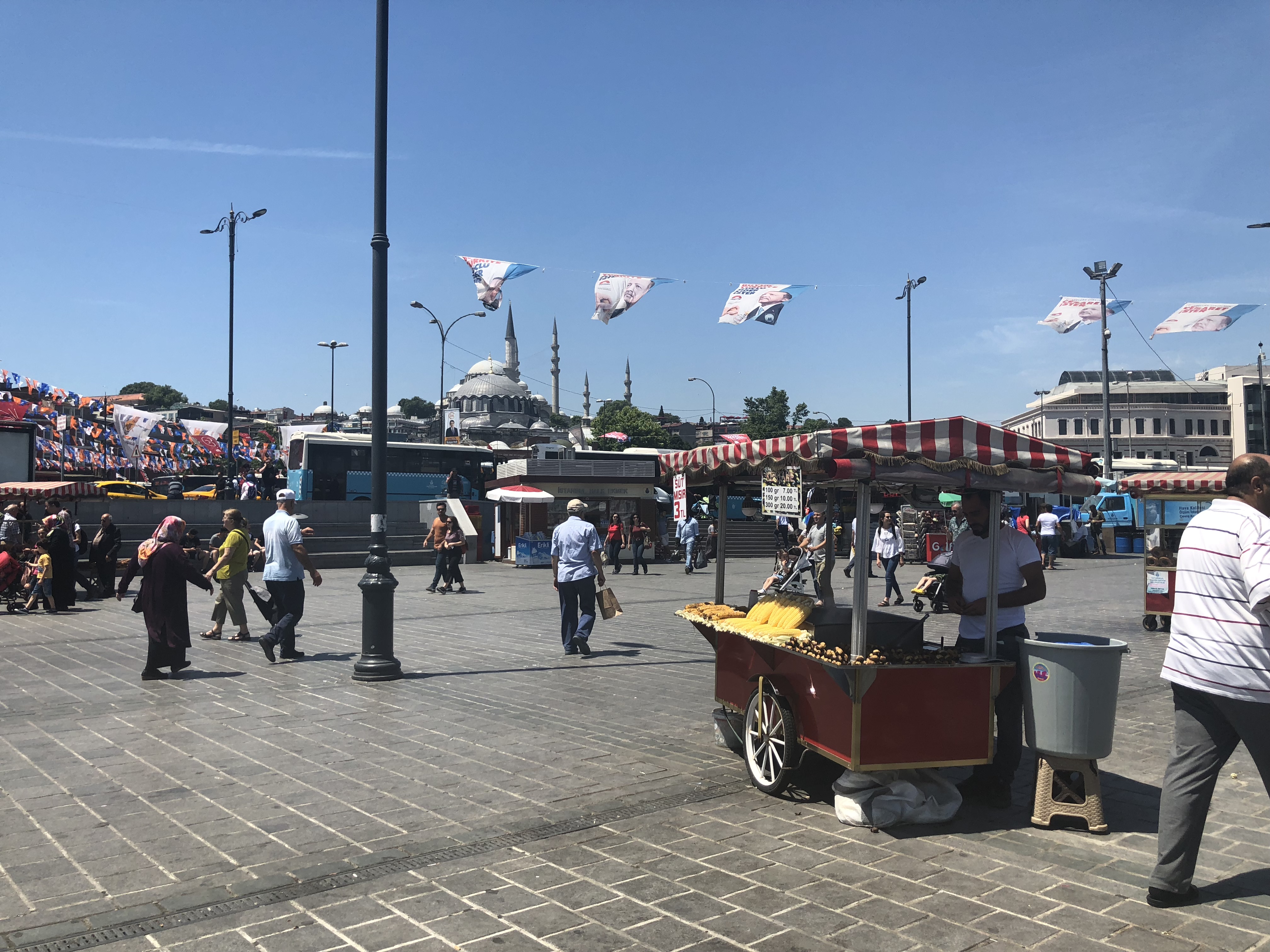 I’m standing near the Sultanahmet end of the Galata Bridge, ready to return to Beyoğlu.

You know you’re in Turkey when the tiles in the subway are of beautiful blue tulips, the symbol of the Ottoman Empire: 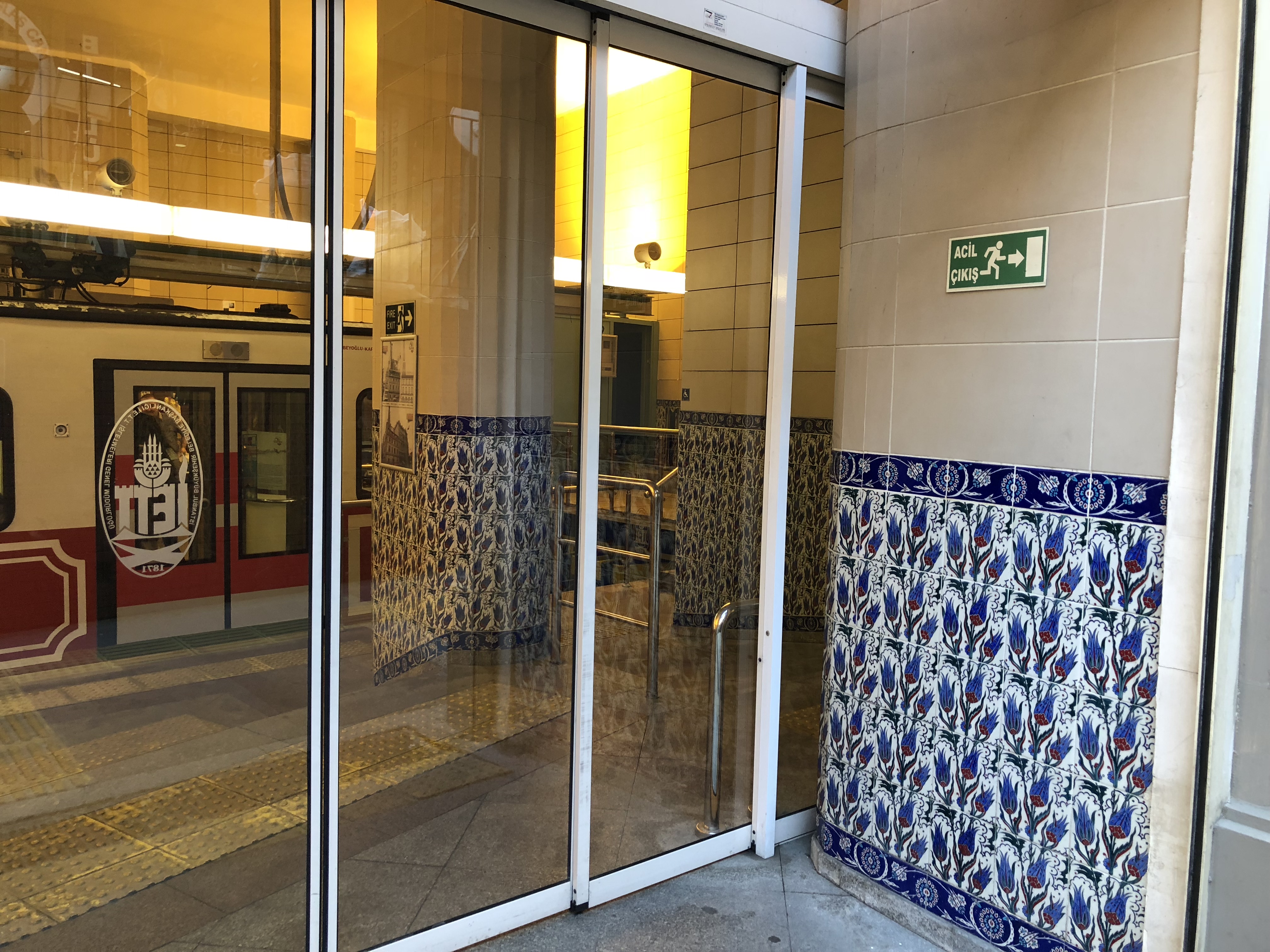 I didn’t take the handy subway because I’m too claustrophobic. I returned on foot.

You also know you’re in Turkey when almost every street you turn down is crowded with shops and shoppers. 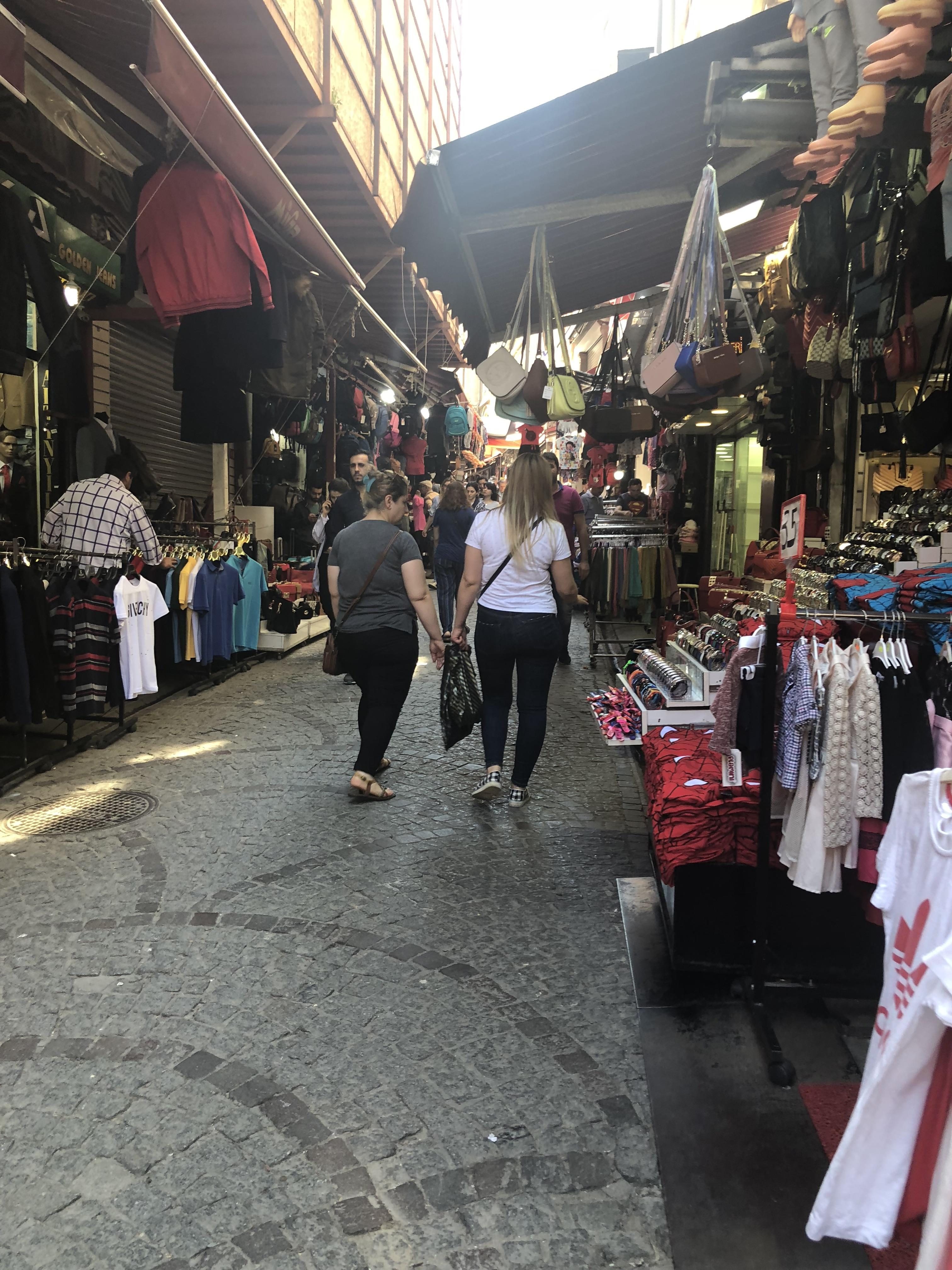 In sum, Istanbul has traditionally been a shopper’s paradise and it continues to be. However, a new form of tourism has been growing here and it’s medical tourism.