Bulgaria is in Southeastern Europe. 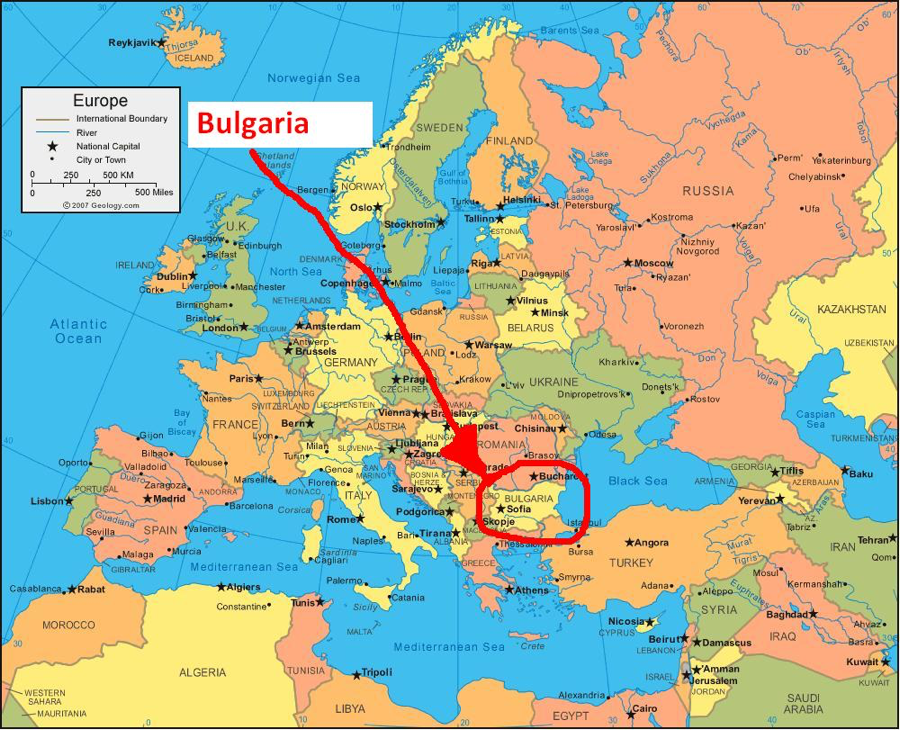 I’m now in Bulgaria, at Balcic (also spelled Balchik), a resort town on the Black Sea. We’re staying at the Regina Maria Hotel with our balcony hardly 30 yards from water’s edge.

This is the sixth time I’ve been here, and it’s high time I’ve thought about what to say about Bulgaria apart from praising the lovely sea vista beyond my balcony. 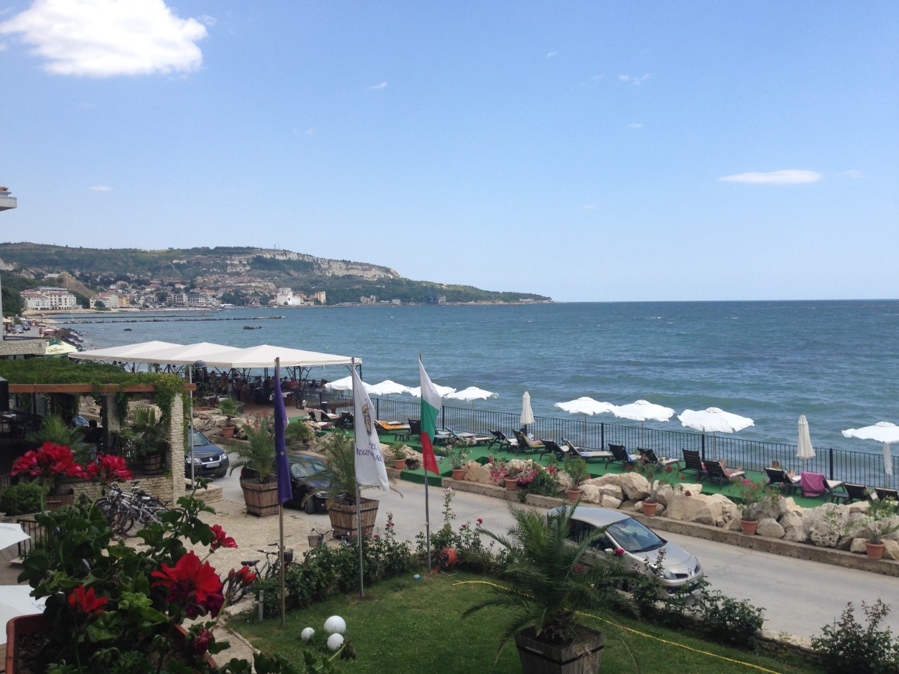 Here’s what I’ve come up with:

10. The name Bulgaria comes from the Bulgars, who were semi-nomadic warrior tribes of Turkic background. They arrived in the Balkans around the 7th century and became political and military elites. They merged with the local population.

So, although the name of the country and the language is Turkic, Bulgarian is a South Slavic language, like others in the neighborhood such as Serbian, Croatian, Slovene, Bosnia, Montenegrin and Macedonian.

There are just under 8 million Bulgarians.

The capital is Sophia.

8. Bulgarian is written in the Cyrillic alphabet.

Here’s my story about that: As an American, I can stay in Romania 90 days without a visa. If I plan on staying longer, I have to cross a border at some point and get my passport stamped. The Bulgarian border is 75 kilometers south of Bucharest. It used to be that I could cross the border, get my passport stamped, have lunch in the Bulgarian town of Ruse, and then return. (I can’t do that anymore. I have to really go somewhere for a couple of days.)

The first time I went to Ruse with a friend, we were heading back to Bucharest after lunch. We came to a traffic circle … and had to drive around it two or three times to decipher which sign pointed the way to Bucharest, because everything was written in Cyrillic. Uh …???

The signs on the major highways are more helpful. 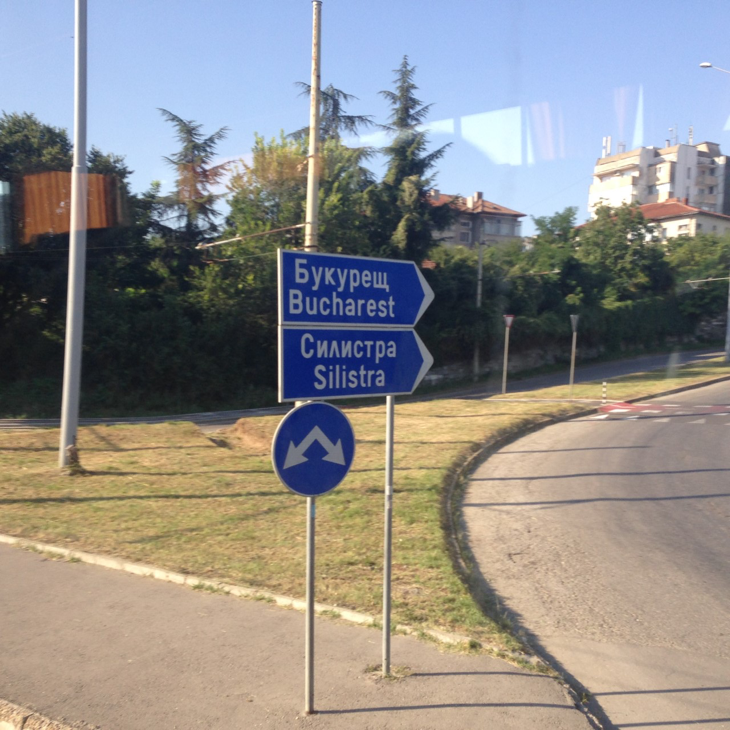 Fortunately, since then, I’ve learned to read Cyrillic. It’s way easier than you’d think, especially since it’s partly based on the Greek alphabet.

7. Bulgaria’s coast on the Black Sea is 378 kilometers long. For a good 130 kilometers there are beautiful sandy beaches and tons of resort complexes, which are popular with Romanian tourists, among others. 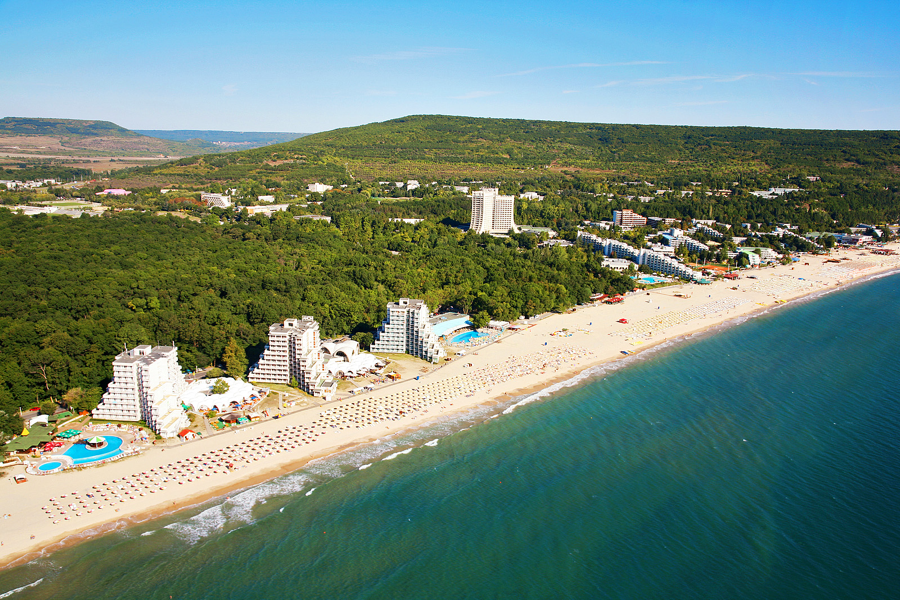 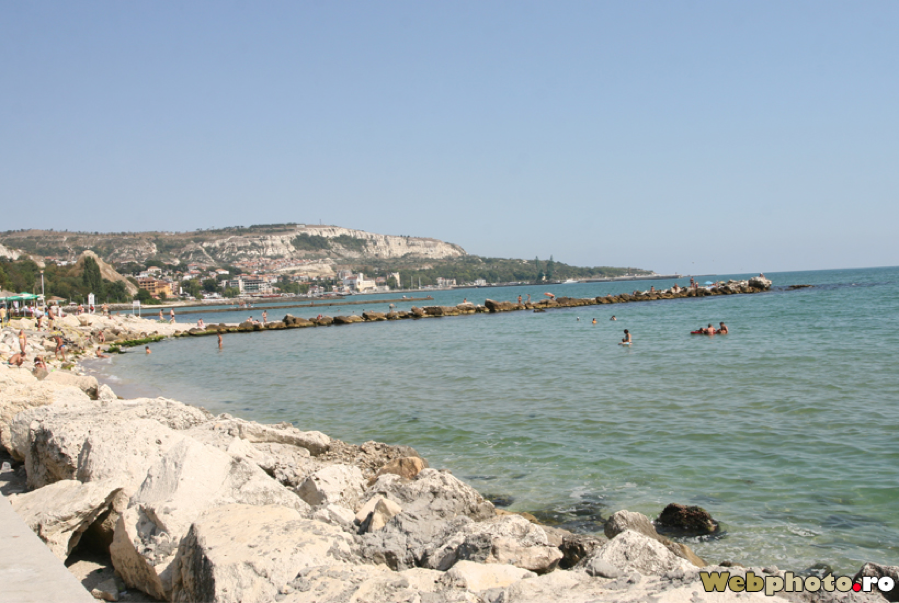 6. Nessebar is a noteworthy town on the Black Sea, a couple of hours south of Balcic. Historically it was a fishing village and is now a UNESCO World Heritage Centre. 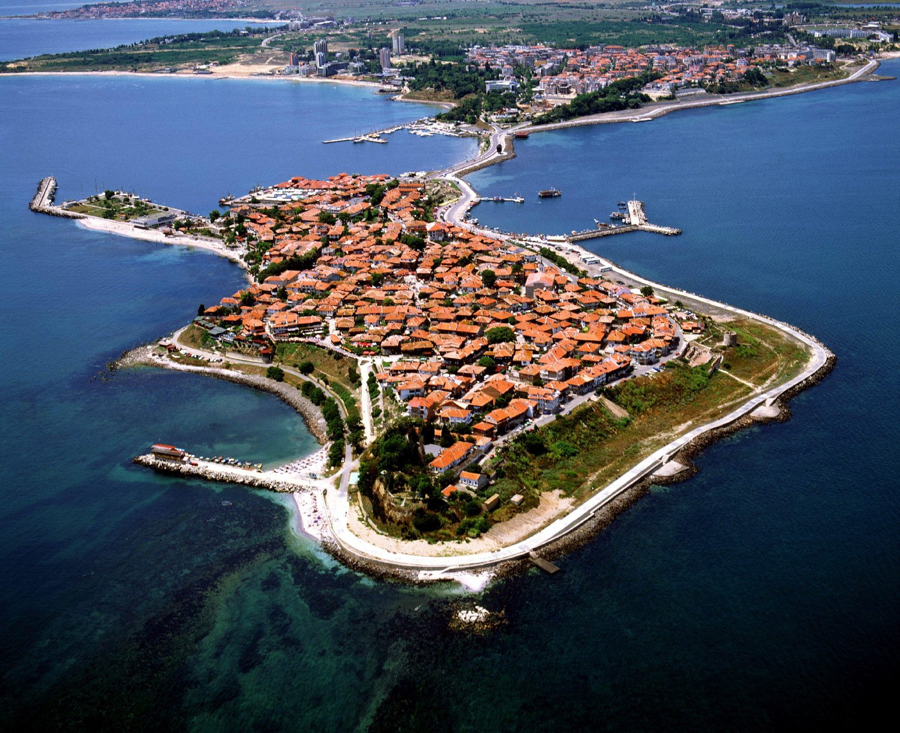 Nessebar – this peninsula has been settled for more than 3000 years

The town is quaint, with narrow cobbled street, and two-story wooden buildings, every inch crammed with touristy shops and tourists from all over the world. 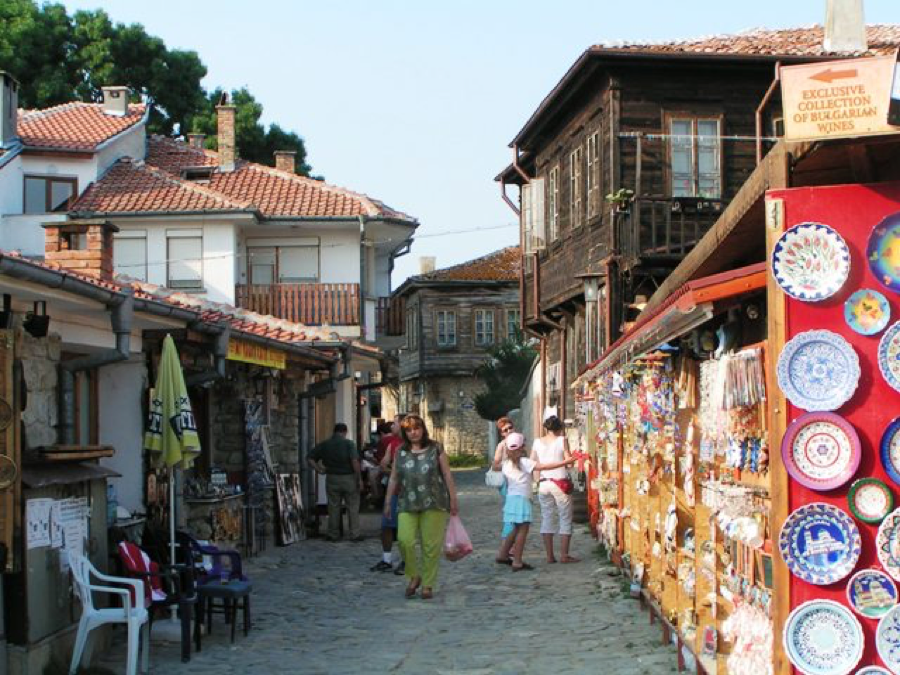 We decided it was worth a look and a seaside lunch of fish.

5. Bulgaria also has skiing in the winter, making it a year-round vacation destination. One ski resort, again popular with Romanians, is Bansko. 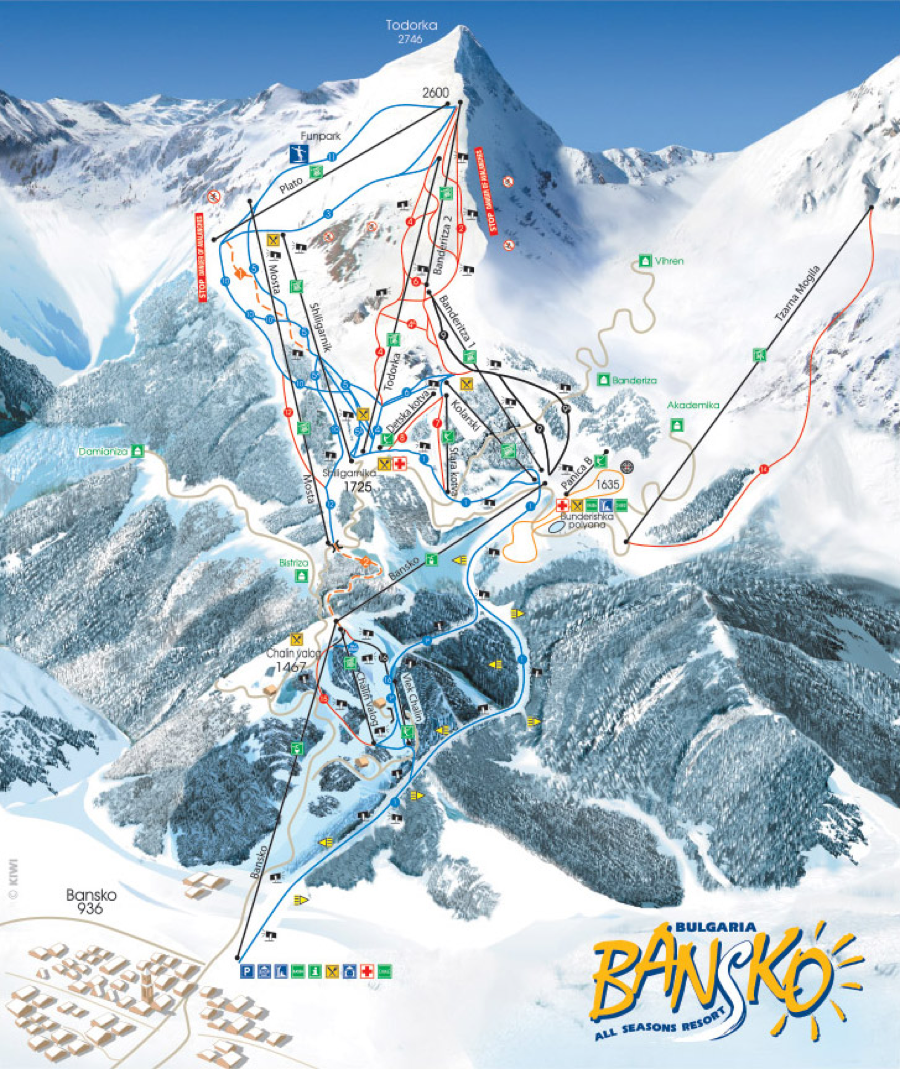 4. Bulgaria has Stefan. In the summer he’s in charge of the poolside bar/restaurant at the Regina Maria in Balcic. In the winter he’s at his bar/restaurant in Bansko.

At the Regina Marina he serves the best mussels of anywhere in town. 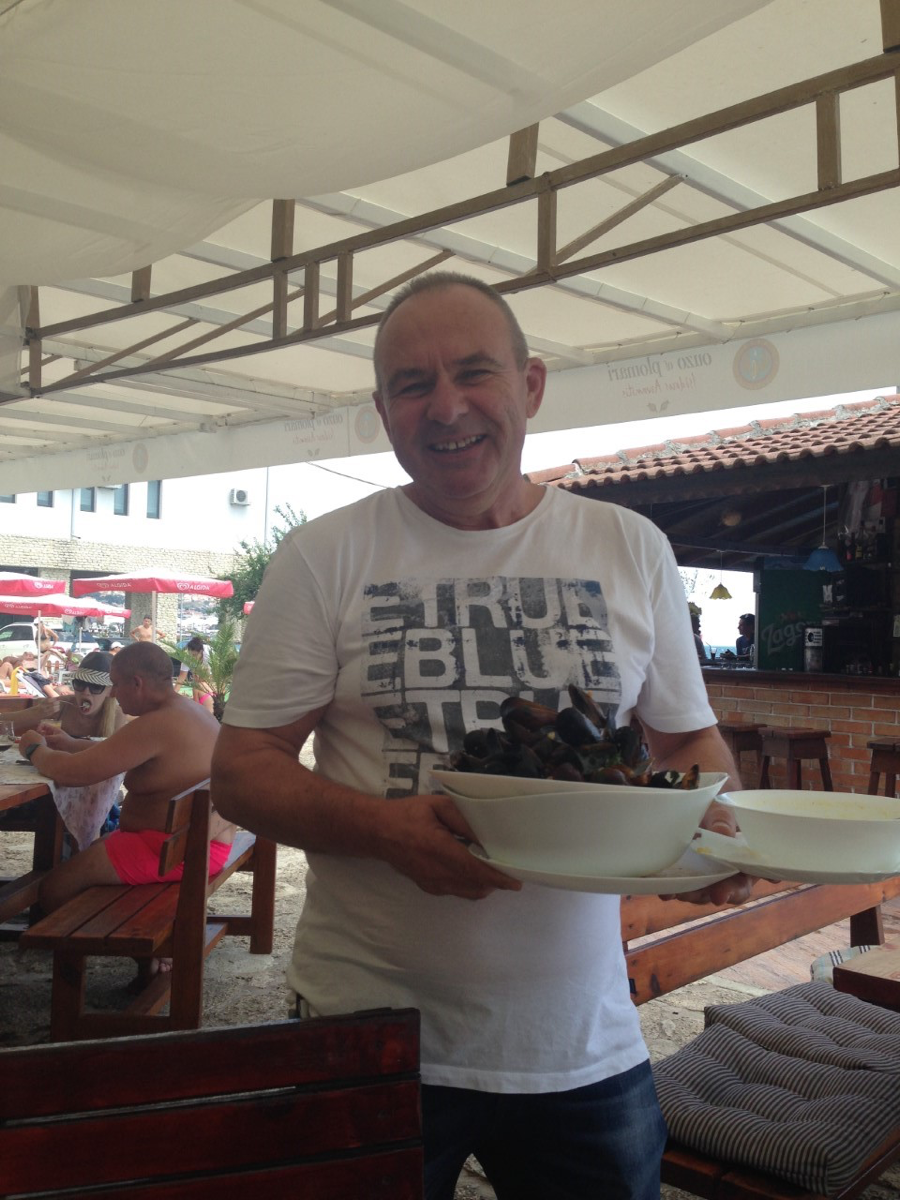 Stefan carrying away a massive bowl of mussel shells. BTW the guy in the pink bathing trunks in the middle ground is Russian.

3. Speaking of mussels – midii in Romanian, midi in Bulgarian – there is a mussel farm not far from Balcic in Dalboka. It’s both rustic and dramatic, nestled as it is at the bottom of cliffs. 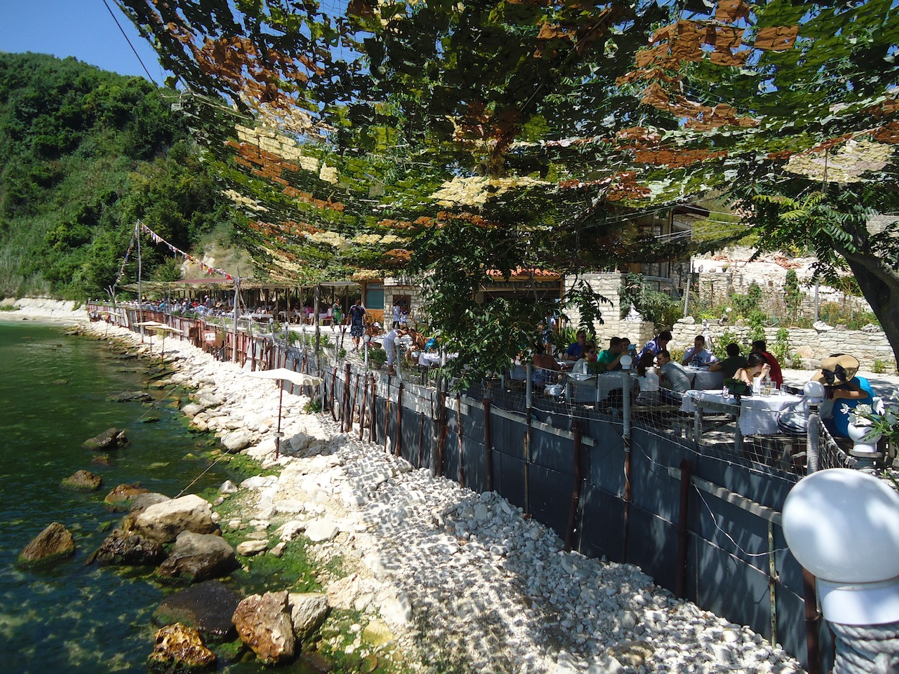 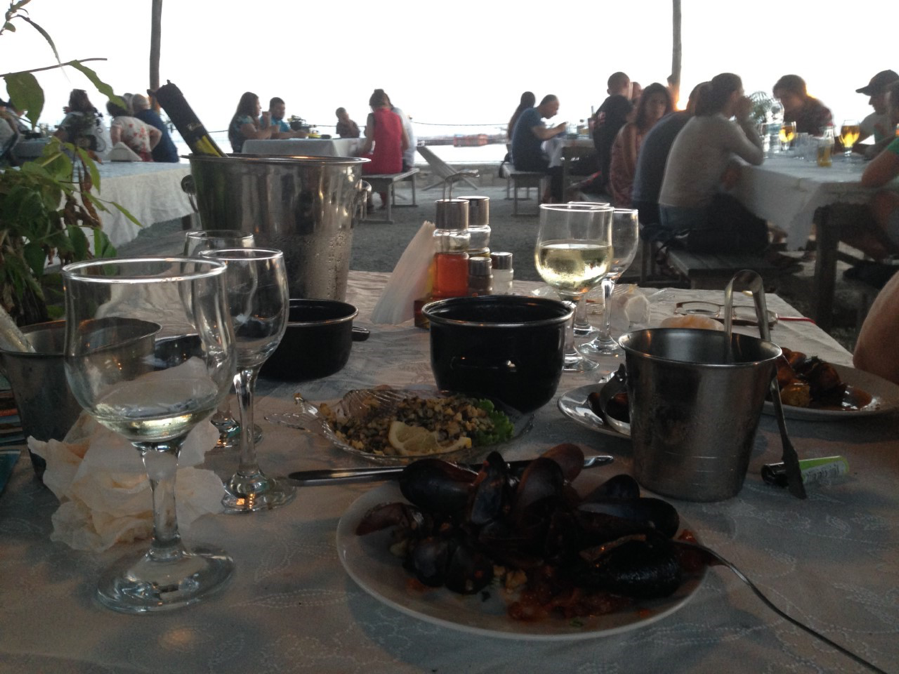 Here’s what we ordered – well, the remains, anyway:

Sea snail salad, marinated mussels, and a pot of mussels with tomatoes, plums and walnuts. Add a small glass of troyan plum rakia, another small glass of sliven pearl rakia and a bottle of Bulgarian Traminer and you’ve got a decent meal.

2. The north and eastern sliver of Bulgaria used to be part of Romania. Queen Maria of Romania, who was queen consort 1914-1927, loved this part of then Romania and built a castle in Balcic. She was English by birth and part of the British royal family. 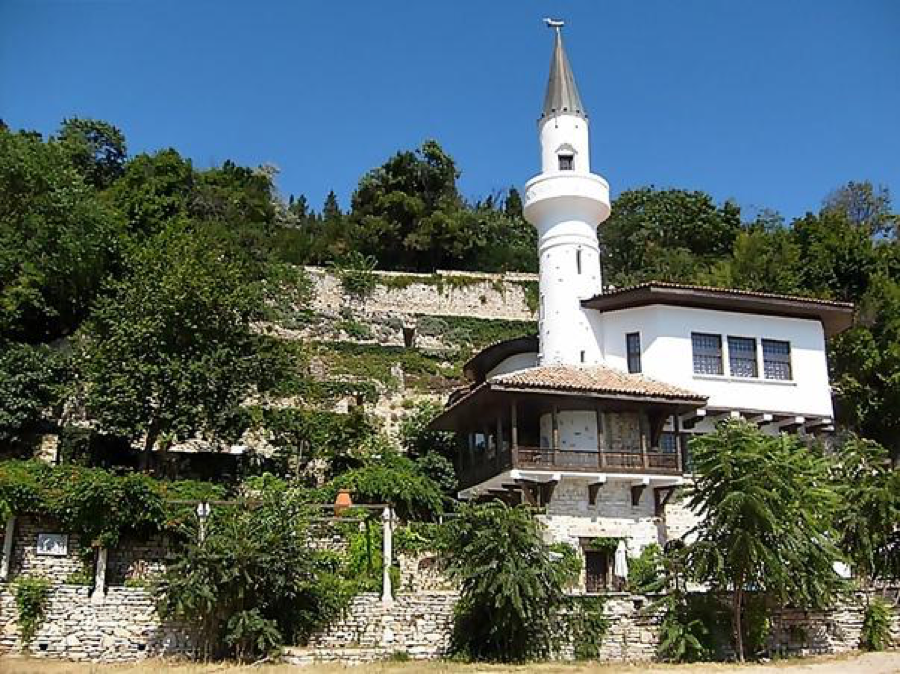 1. Bulgaria is energy conscious. On the way from Balcic to Dalboka, you can see eoliene (wind mills) everywhere. 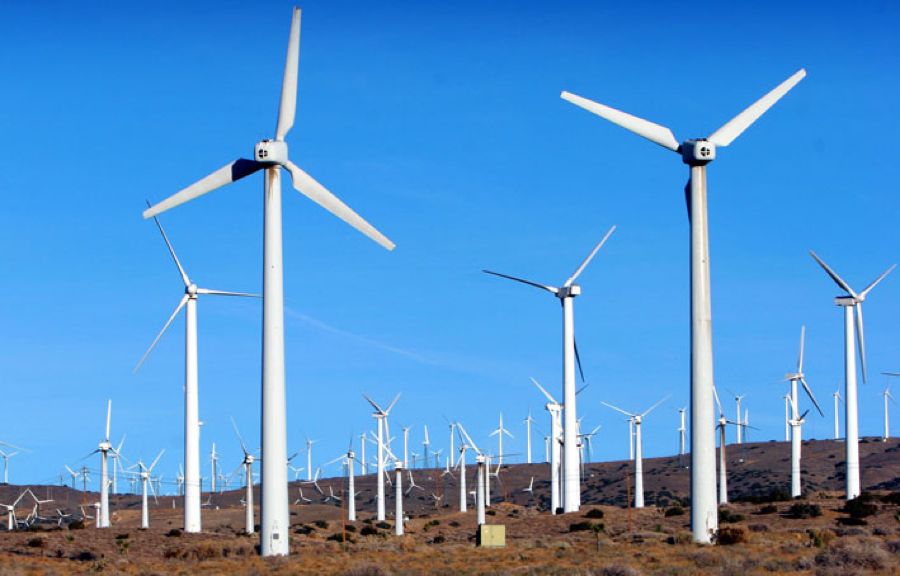