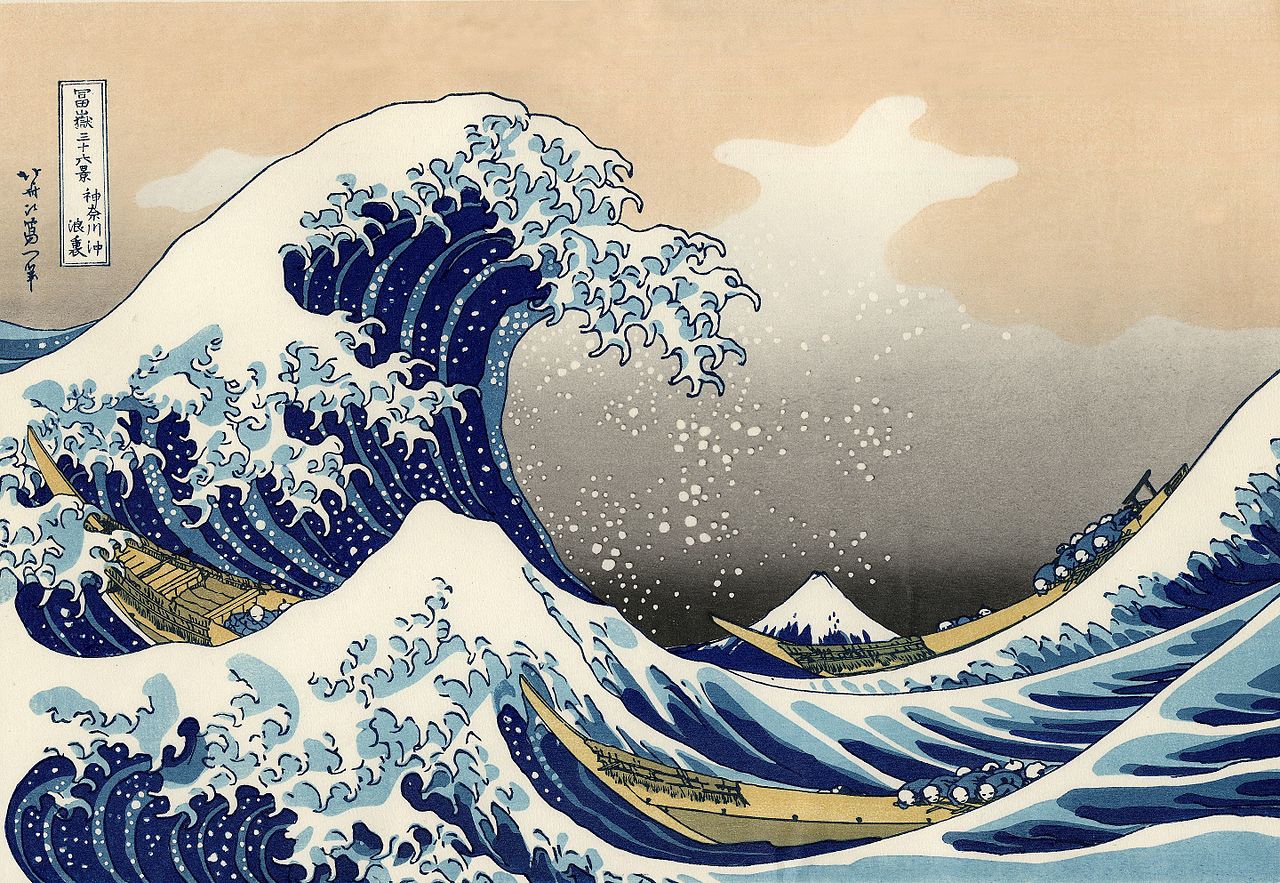 The title image is The Great Wave Off Kanagawa. Do you recognize it? Likely yes, since this image has the highest recognition value of any Japanese work of art.

Title image courtesy of Wikipedia. No copyright infringement is intended.

The Great Wave Off Kanagawa: History

If I’m right, you’ve seen The Great Wave Off Kanagawa.

It is dramatic. The huge wave with foam claws rising from the sea. Ready to devour three hapless fishing boats. The fishermen hunkered down. Mount Fuji sitting, serene, in the background.

If I’m right again, you’ve never heard of the artist who created the work. His name is Katsushika Hokusai (1760-1849). And he’s also famous for a landscape series of prints Thirty-Six Views of Mount Fuji. 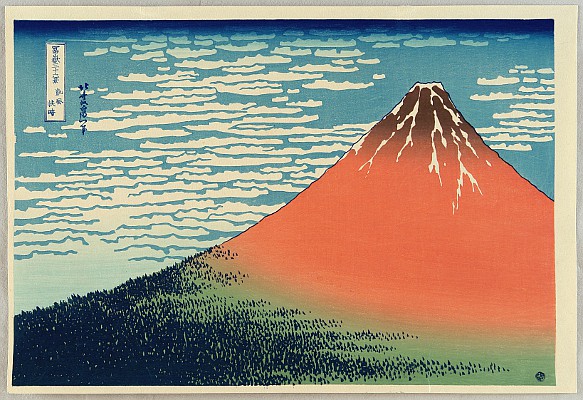 One view of Mount Fuji by Hokusai. Image courtesy of Artelino. No copyright infringement is intended.

By the way, The Great Wave is a wood-cut.

Hokusai’s work is also representative of what is called the Japanese ukiyo-e art movement. It depicted every day life, particularly the pleasure-seeking aspects of it. It flourished from the 17th to the 19th centuries.

In one of the opening scenes of Wealth Whispers, my heroine, Heather, enters the home of my hero, Julian. He is a manga (graphic novel) artist.

When Julian creates a story, he first draws each panel oversized and overelaborate. He then hangs these panels from a gallery rail in his living space. The idea is for him to be inside his story. And then when he knows the elements he wants to emphasize in a particular episode, he eliminates what’s unnecessary. And he redraws scaled-down book-sized panels.

Heather has stepped into his world. And is amazed to find herself inside what she considers to be a sophisticated comic book (i.e. manga).

She remarks that Julian’s style makes her think of that “famous painting. The one of the fishermen with Mount Fuji in the background and the terrifying waves, like claws, in the foreground.”

I figured Heather would have seen the image. I also figured she wouldn’t know the name of it or the artist.

Julian proceeds to tell her.

My hero, Julian Kita, is a Japanese-American werebear. And, as I’ve said, a manga artist. He would know the history of Japanese art. He would also know of Hokusai’s influence on modern art, say, on the work of French Impressionist Claude Monet. Not to mention on manga artists themselves. 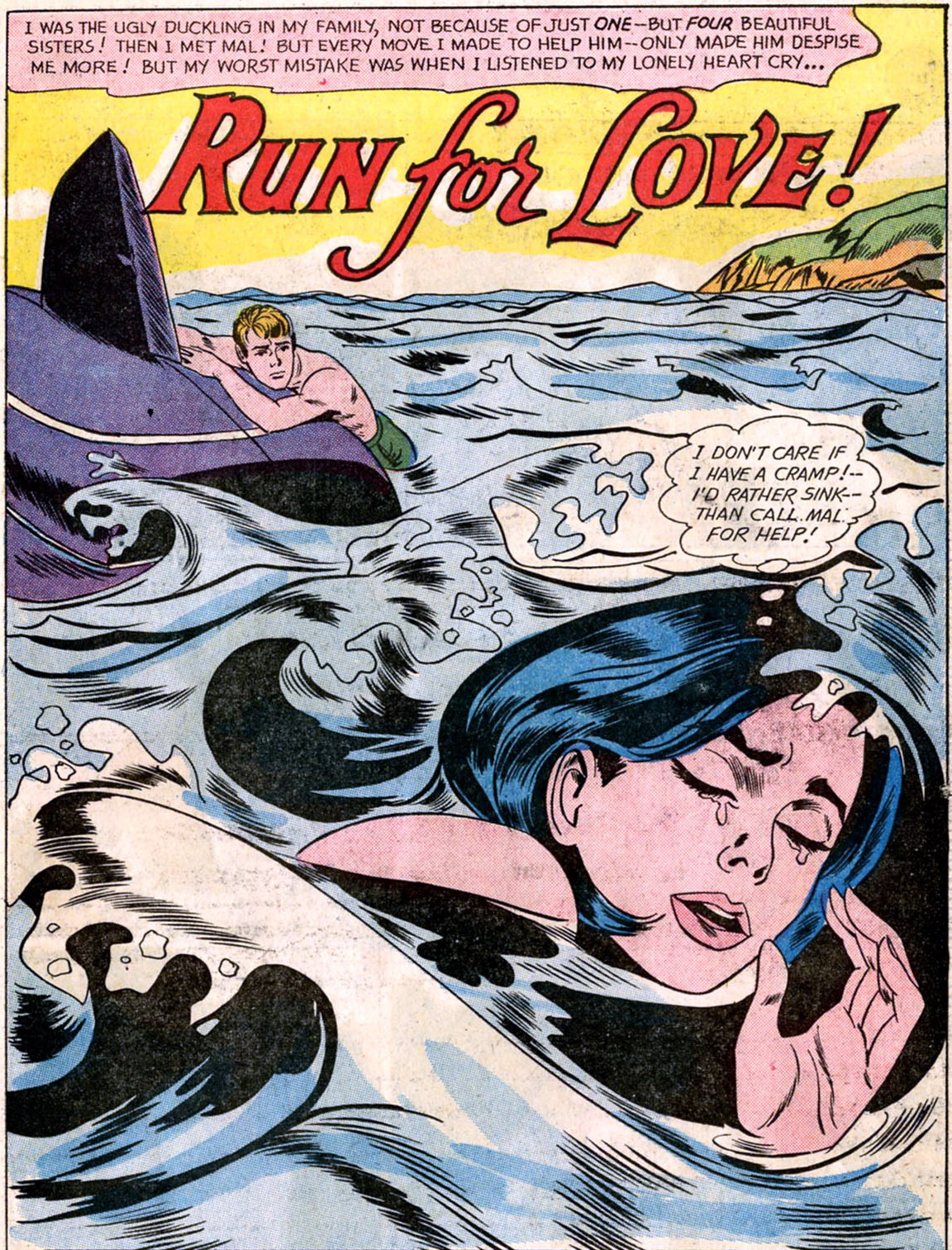 The treatment of the water isn’t exactly Hokusai’s. But the feeling and the movement is. I’ve already commented on the way Roy Lichtenstein copied Abruzzo’s work.

Wealth Whispers is coming soon. It is Book III in my shapeshifter series. 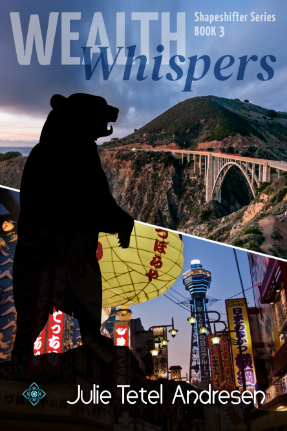