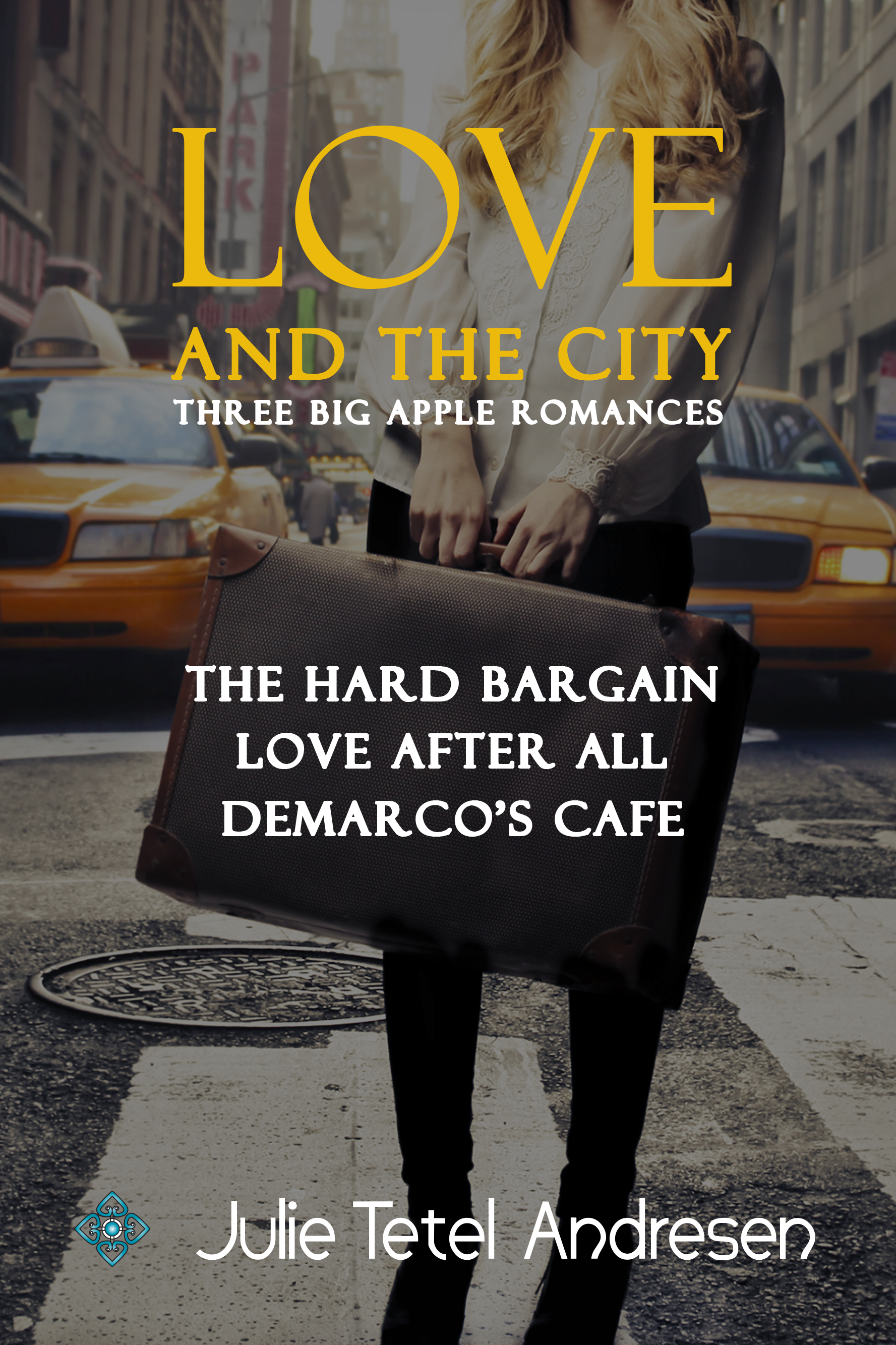 The Love and the City trilogy is now available on your preferred e-book platforms. It brings together three stories, two previously published and one new one, all of which are set – you guessed it – in New York City.

Love and the City: The Hard Bargain

The new story is The Hard Bargain. It features billionaire Arthur Wexler and struggling actress Carla Pereira. I love putting characters together to see what they have to say to one another. Carla throws Arthur for a loop when he casts her as his temporary fiancée, and she plays her part to perfection. 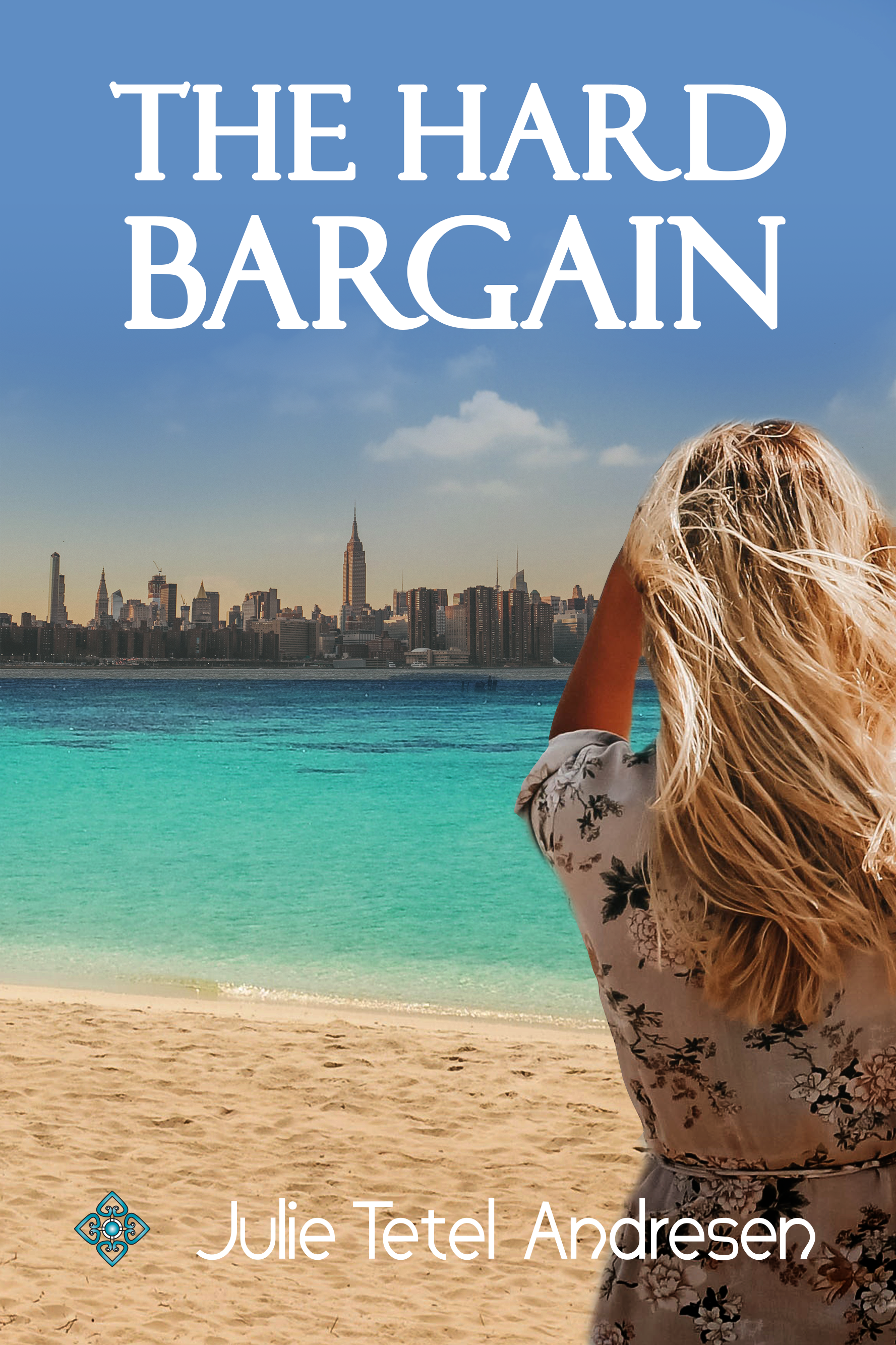 Love and the City: Love After All

Previously published Love After All is a second-chance-at-love story for fifty-something Manhattanites, Gino Milano and Laurel Jennings. Gino is a widower, Laurel has been long divorced, and neither one thinks the other is a match … until a reunion weekend at Duke University. 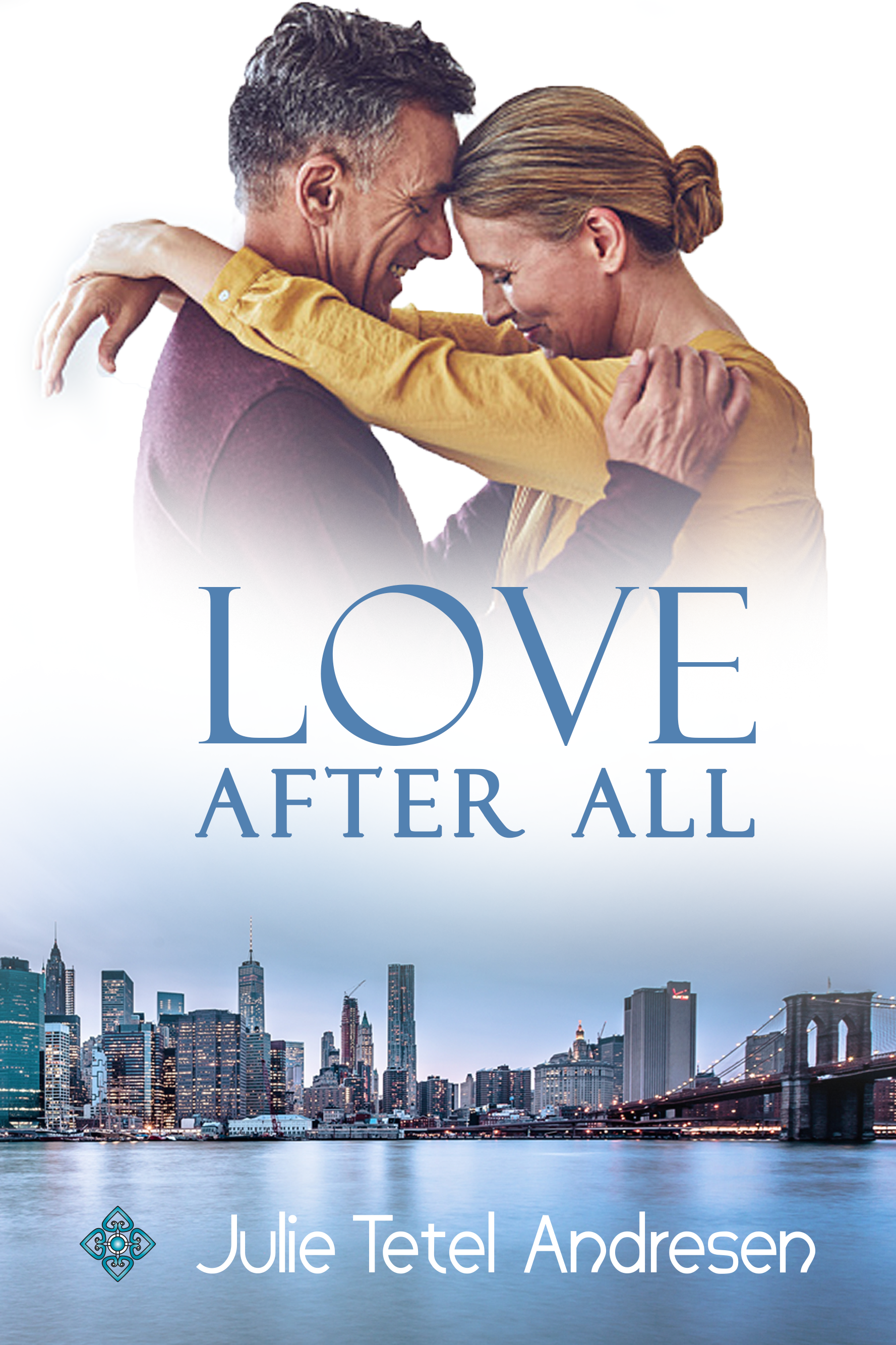 Love and the City: DeMarco’s Café

Previously published DeMarco’s Café takes place in SoHo. It opens with musician Bo Grisham taking an interest in Dayna DeMarco – and Dayna wanting nothing to do with him. He’s pretty persuasive. But then the reality of the café’s finances intervene, and easy-come-easy-go Bo finds himself in a difficult situation. 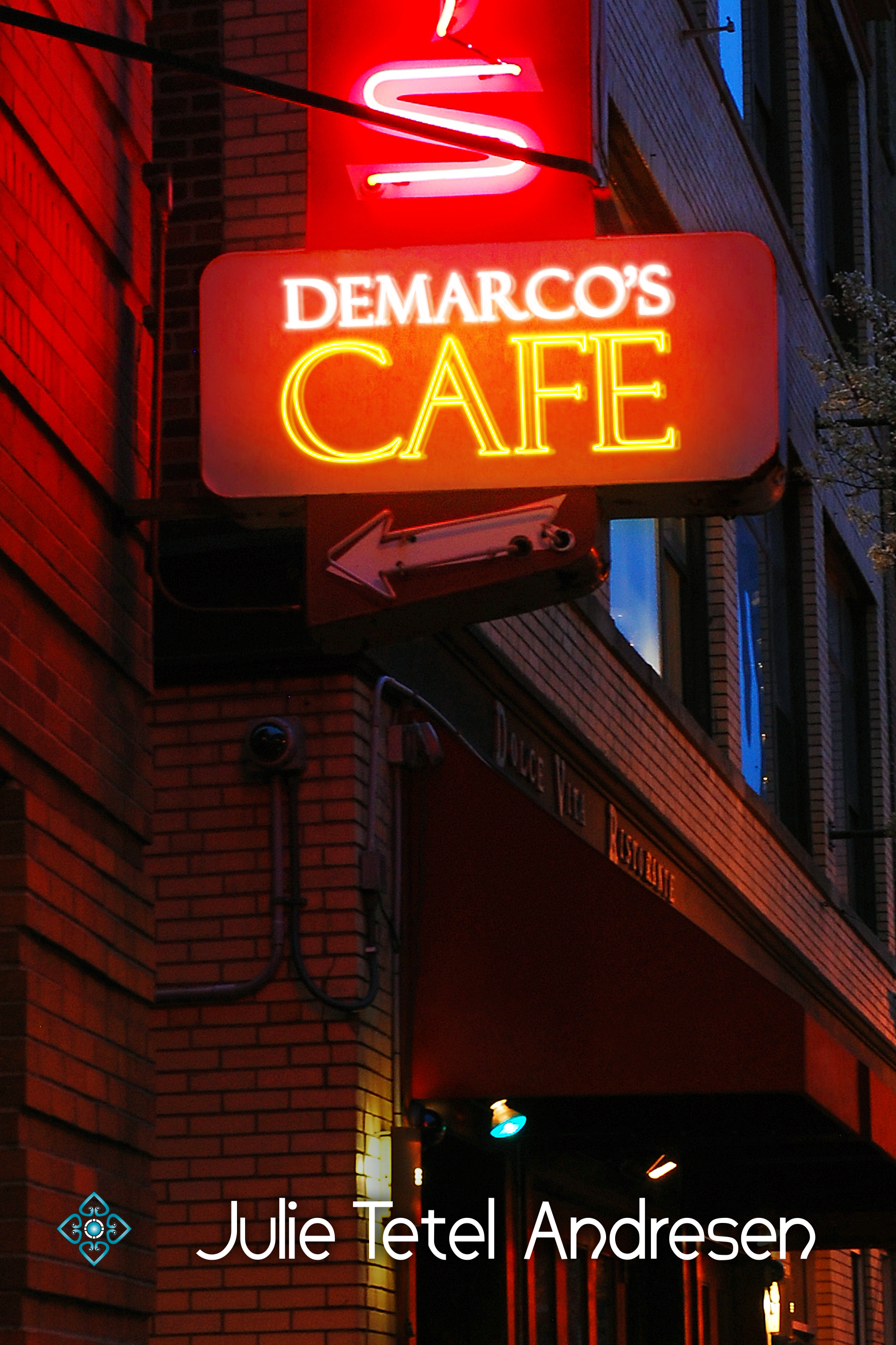 I spent one Fall Semester in New York City teaching in the Duke University Arts and Media Program. I loved it. And all three stories reflects aspects of my experiences there. In The Hard Bargain I used what I had learned about the theater world from attending all sorts of performances, both on Broadway and off. In Love After All Laurel takes a course in Improv at the People’s Improv Theater, which I also did. And as for the imaginary café in DeMarco’s Café, I hung out a lot at the real Fanelli’s Café on Prince Street.

New York City is the site of endless love stories, TV shows, movies and, of course, songs. A memorable one is Jay-Z and Alicia Keys rapping/singing Empire State of Mind: