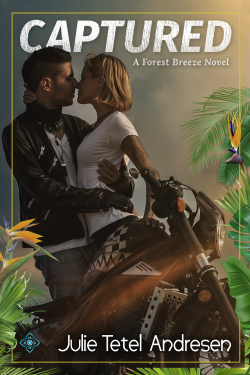 What he doesn’t anticipate is that Rachel will soon arrive at Rolling Thunder’s compound in a disastrous case of mistaken capture. Nor does he anticipate that she seems to be in a kind of trouble even she doesn’t know she’s in. Which means she’s better off with Rolling Thunder for the moment than she is on her own in town.

Suddenly aware of dangers to his brothers and, perhaps, even to a heart he didn’t know he had, Eagle has to keep his club rolling smooth and his feelings for Rachel in check. All the while keeping everyone safe while he figures out who the bad guys are.

And, for her part, nice girl Rachel isn’t going to seriously fall for a sexy biker boy, is she?