Don’t give characters names that begin with the same initial

If you have two characters Richard and Robert, it’s going to be difficult for your readers to tell them apart when reading at normal speed. It will not help to change their names to, say, Rick and Roberto. You need maximal visual contrast: Richard and Jeremy or Robert and Tristan.

This may seem like an obvious point, but it’s an easy one to overlook. As I was writing my latest story, Love After All, I originally named my hero Gino and my heroine’s daughter Grace. It took me one visual stumble as I was rereading a scene for me to realize I had forgotten my own rule. Grace became Josie.

If you’re writing a Regency romance, then name your characters according to the time period. It’s amazing – but, then again, not so amazing – to realize how many heroes in modern Regency romances have some form of the name Darcy. My homage to Jane Austen’s most famous hero is Richard D’Arcy in The Temporary Bride.

I’m about to begin a shape-shifter trilogy. Just for fun, I’m working up to it by way of writing a longish werewolf short story set in London.

I’m immediately confronted with the problem of how to name the characters, their pack, and everything associated with them. And I can’t use what’s already out there. I know I want my guys to be grey wolves, but the name Grey is now over-determined as a hero’s last name and Silver has been used more than once for shape-shifting wolves.

I’m thinking of the genealogy of my pack and could imagine them having a German background with ties to royalty, which brings me to the name Hanover, since the King Georges were from the House of Hanover. The current royal family of England are Hanovers, but they changed their name to Windsor during World War I. My pack had no need to change their name since they have never been at war with their German counterparts. Or their Russian ones, either. Werewolf politics need not line up with real-world politics.

German first names have meanings. I just found Bardulf, which means ‘bright wolf,’ so I figure it’s good for the Beta. Unfortunately, Rudolf ‘famous wolf’ doesn’t work, since Rudolf in the English-speaking world is famous for his red nose. I like Egon, which means ‘edge.’

My Alpha is now Egon Hanover.

The title writes itself: The Alpha’s Edge – and, yay!, a quick search tells me this title hasn’t already been used.

In it the Hanover pack is in league with their German and Russian brethren to help stop the destruction of the environment caused by their human cousins. But what to do with Misty, who Egon’s wolfish self discovers is his mate much to his human self’s dismay?

I teach in the English Department at Duke University. Some years ago a Victorian scholar named Eve Kosofsky Sedgwick gave a job talk in our department. I loved it. I was just then beginning a new story, and I thought Eve Sedgwick was a wonderful name for a heroine. So I went with it.

It turned out Eve was offered the job, and she came to Duke. I passed her in the hall one day and said something like, “Funny story. I’m writing a romance and originally used your name for the heroine. But now that you’re my colleague, don’t worry, I’ve changed the name.”

Eve looked at me and said, “Change it back!”

That’s how Eve Sedgwick became the heroine in Swept Away. The real Eve put the book cover on her office door.

Several of my Duke colleagues heard about my Eve heroine and requested that they, too, have a heroine with their name. To give one example, Cathy Davidson is the heroine of Carolina Sonnet. (The real one is now at NYU.)

Unless you have permission, you risk losing a friend, no matter how sympathetic you may think your character is. I’ve heard of writers who wanted to give a friend a surprise – but it’s not always a pleasant one. My advice is: don’t surprise. Ask first.

Naming characters has pitfall. The good news is they’re easy to avoid.

For more help, check out my advice on how to write a book. 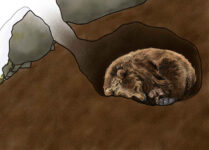