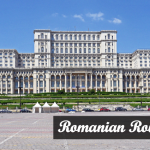 I’ve now arrived at my major stopping place in my around-the-world trip, namely Bucharest Romania where I’ll spend the next 3 months. I’ve spent 3 – 4 months here every summer for the past 10 years, so I know the place well. Here are my immediate impressions upon returning: Romanian... read more 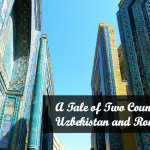 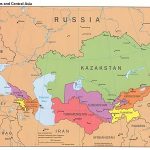 The Central Asian countries of Azerbaijan and Uzbekistan share many similarities. However, as a tourist, I was struck by their differences. Note: For some, Azerbaijan counts as being in the Caucasus, along with Georgia and Armenia. However, my guide in Azerbaijan spoke of his country as being in Central Asia.... read more 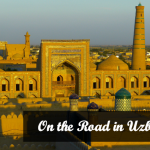 On the Road in Uzbekistan – a travel blog

The sixth leg of my around-the-world tour is Uzbekistan. Note: the fifth leg was Azerbaijan. See my blogs: Azerbaijan Architecture and Complex Azerbaijan Politics. Why Uzbekistan? I can’t really say. I think the names Tashkent and Samarkand drew me. Also, the complications of ticketing an around the world trip made... read more 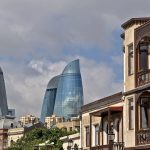 I’ve had Azerbaijan on the brain since doing the research for Chapter Five of Languages in the World. How History, Culture and Politics Shape Language with Phillip M. Carter (Wiley-Blackwell, 2016). So I had to come here … and then became aware of the complexity of Azerbaijan politics. Chapter Five... read more 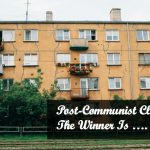 My recent visit to Azerbaijan inspired this blog. As I drove through Baku with my guide, Basran, he would occasionally gesture at crumbly old buildings and say, “Soviet junk.” I’ve gained experience roaming through countries spewed by the cement mixer of communism: the Balkans (Romania, Bulgaria), Russia, Mongolia, and now... read more 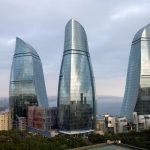 Title Image: Flame Towers, Baku, a spectacular example of Azerbaijan architecture. I left Malaysia, and after an 11-hour flight and a 4-hour layover in Istanbul followed by another 3-hour flight, I arrived in Azerbaijan. Although I was very tired and jet-lagged, I immediately perked up at sight of Baku, the... read more 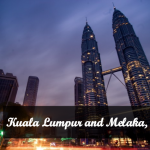 The fourth stop in my trip around the world is Malaysia, landing in Kuala Lumpur. The first thing you need to know is that kuala means ‘confluence of two rivers, estuary’ and lumpur means ‘muddy’. Here I am (in the photo on the right) at the muddy confluence. Note: Everywhere in Asia... read more 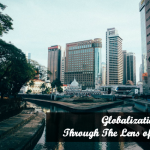 Malaysia perfectly exemplifies today’s globalization. Kuala Lumpur’s Twin Towers seen from the Traders Hotel where I stayed.  Here I outline the way globalization is woven into Malaysia and the way Malaysia weaves itself into globalization. Some of my observations are not surprising. They are rather eyewitness confirmation of what we... read more 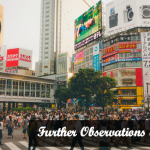